by Mike Rhodes (editor [at] fresnoalliance.com)
These photos are from week 3 of the City of Fresno’s demolition of homeless encampments in the downtown area. Photo below: City of Fresno workers destroy a homeless shelter on San Benito, near H street. 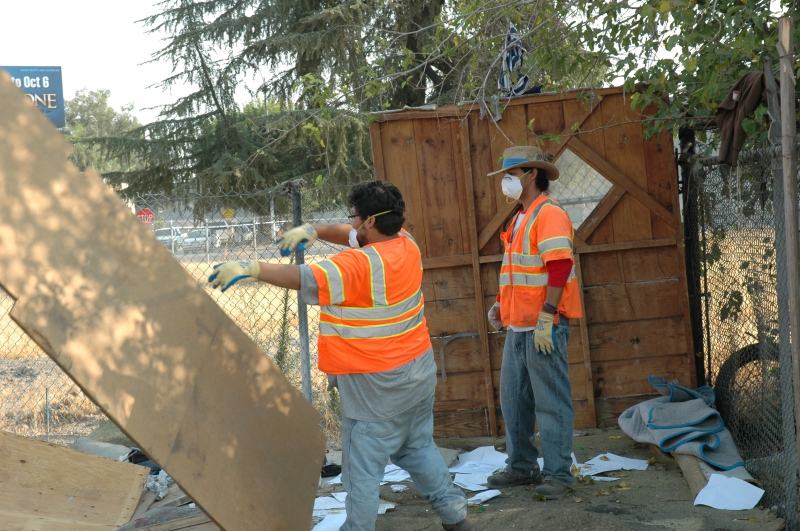 original image (3008x2000)
While city officials claim to be on the verge of bankruptcy they did manage to find enough money to destroy the only shelter hundreds of homeless people had. The city would not help by providing drinking water, portable toilets or trash bins, but they were out in force to bulldoze tents, tarps, and wood structures built by the homeless in downtown Fresno.
END_OF_DOCUMENT_TOKEN_TO_BE_REPLACED
§Brown Beret member Hashid Kasama observed the demolition
by Mike Rhodes 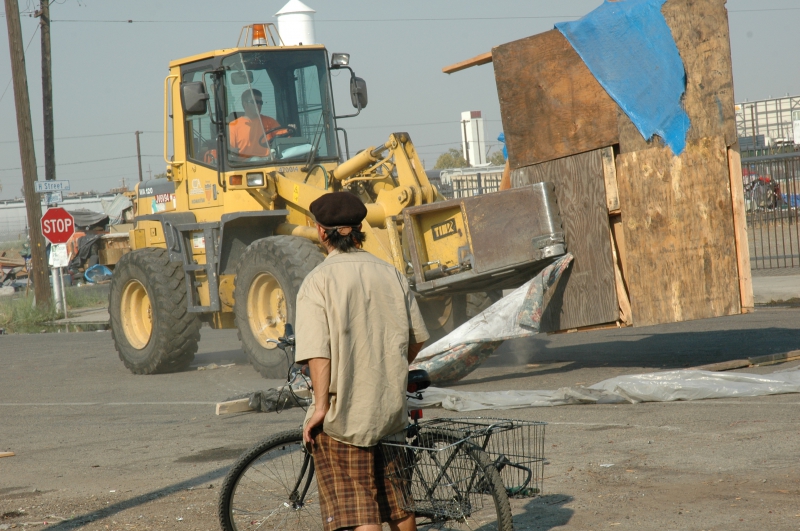 original image (3008x2000)
END_OF_DOCUMENT_TOKEN_TO_BE_REPLACED
§Bulldozers operated within a few feet of the homeless, who were trying to leave
by Mike Rhodes 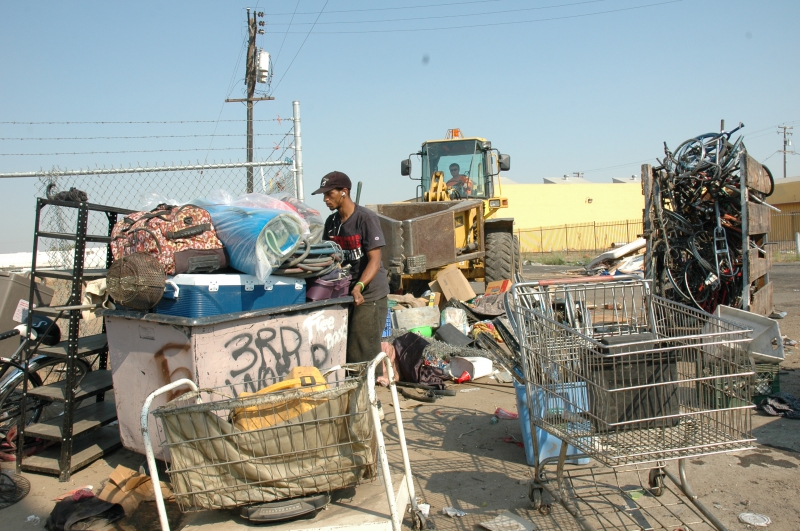 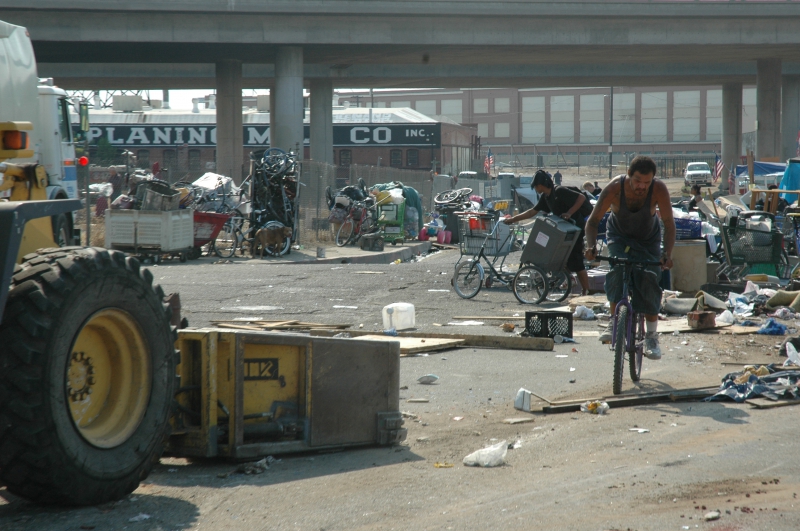 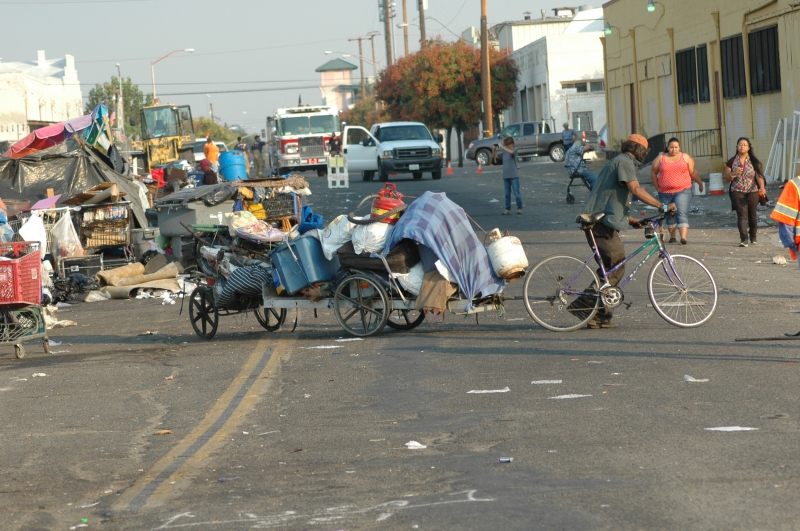 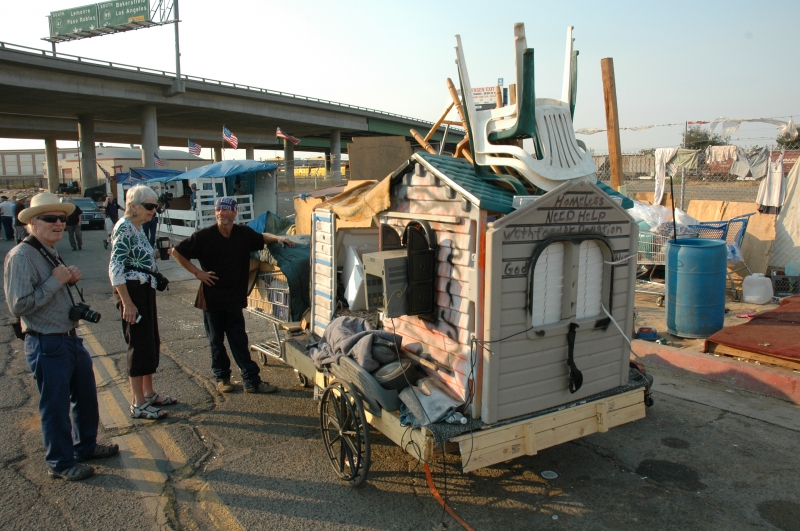 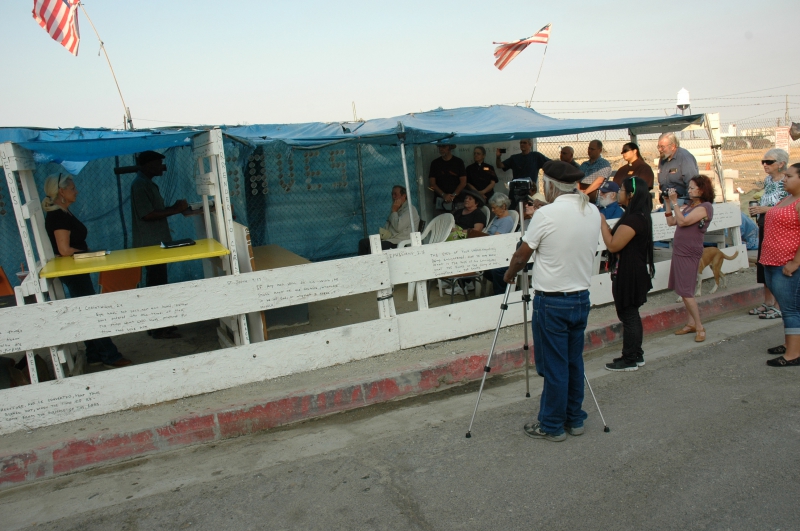 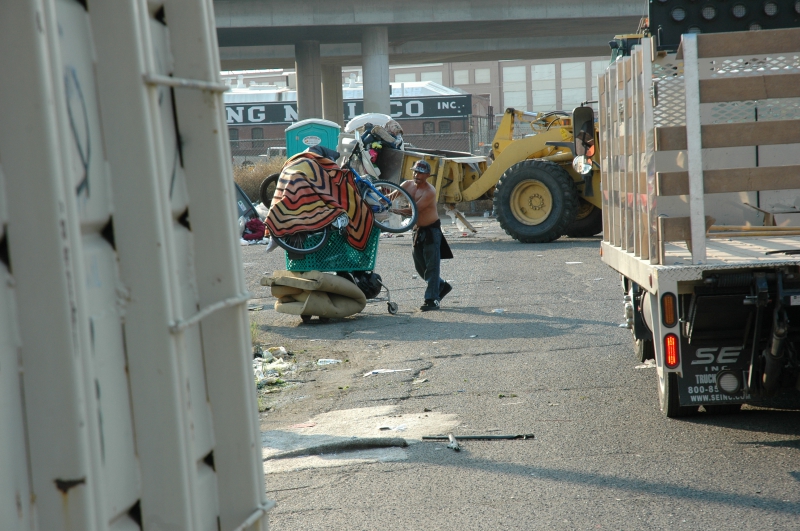 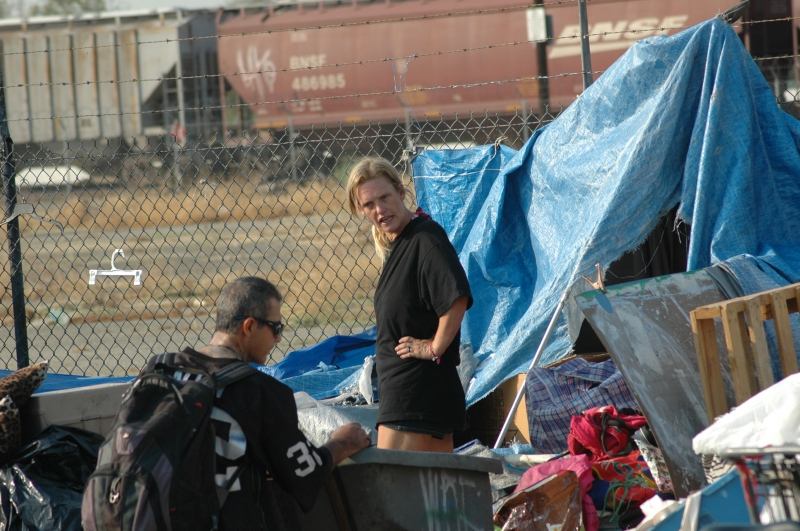 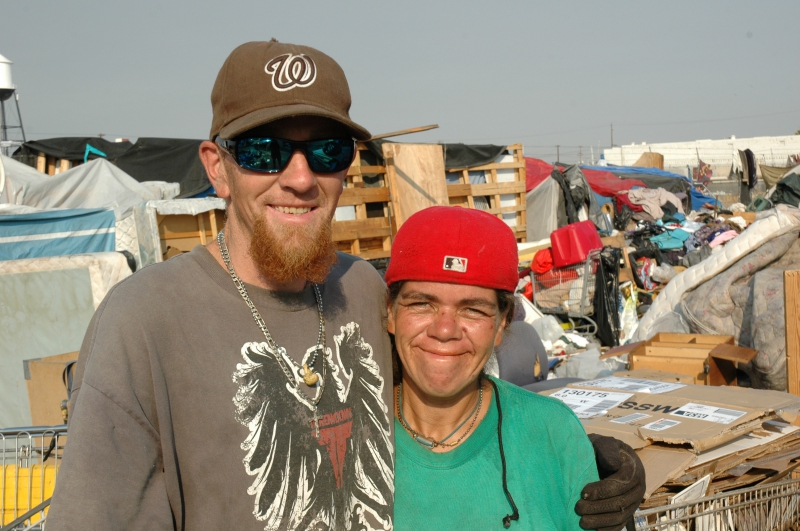 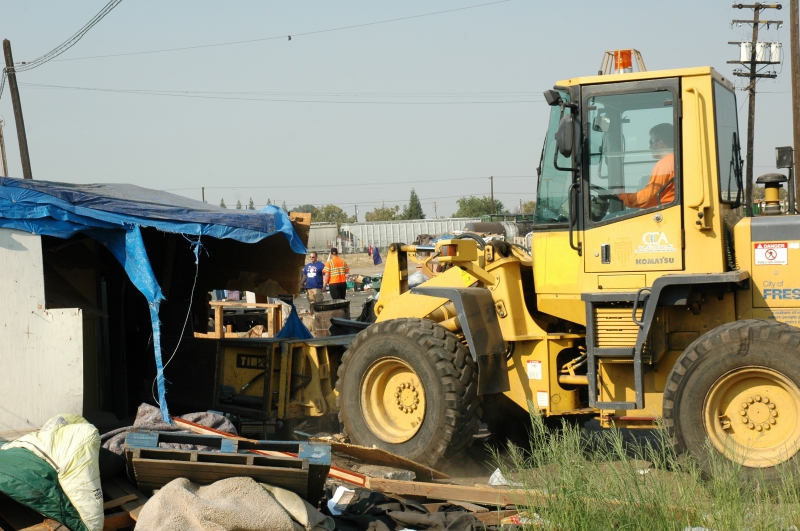 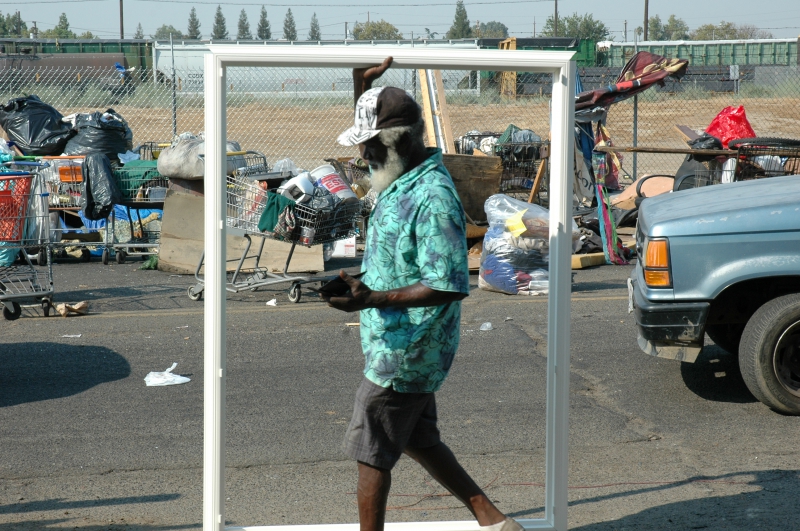 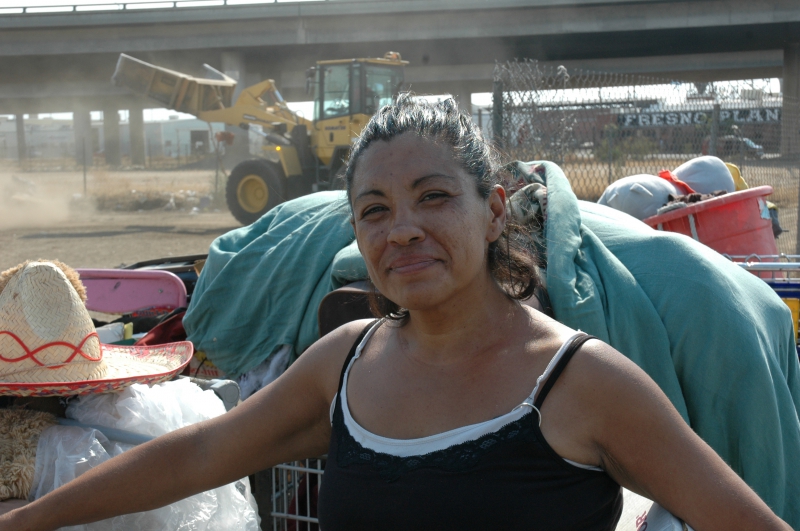 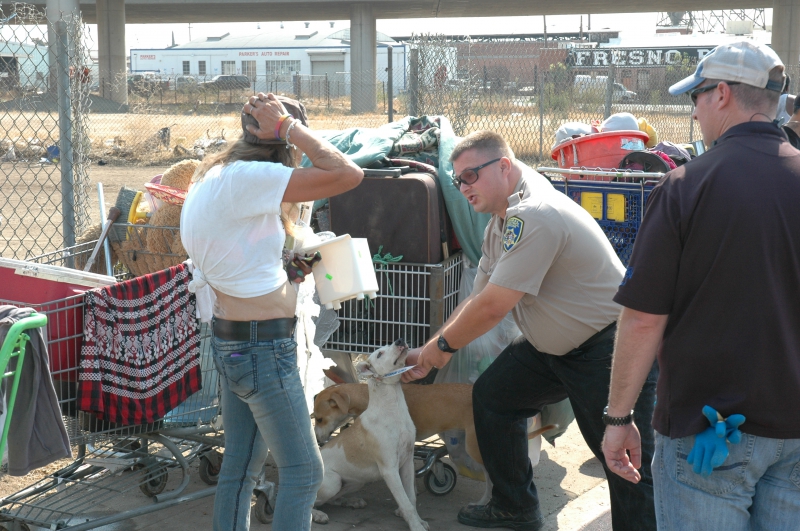 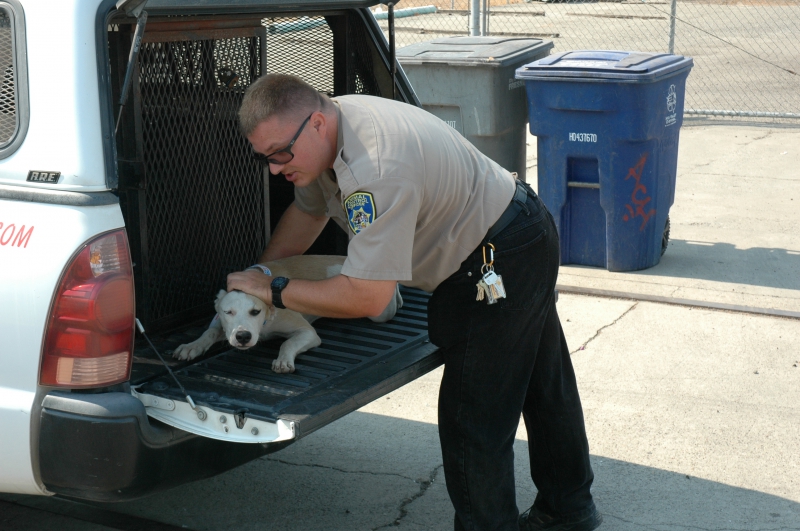 original image (3008x2000)
END_OF_DOCUMENT_TOKEN_TO_BE_REPLACED
Add Your Comments
Latest Comments
Listed below are the latest comments about this post.
These comments are submitted anonymously by website visitors.
TITLE
AUTHOR
DATE
emailed friends the pictures
ann
Fresno SPCA Kill Rate
Dallas B
Support Independent Media
We are 100% volunteer and depend on your participation to sustain our efforts!