by Mike Rhodes (editor [at] fresnoalliance.com)
The City of Fresno is in their second week of destroying homeless encampments in the downtown area. The photos of the demolition and people trying to escape (below) are from the encampment that is located between E street and highway 99 with California Ave and San Benito on either end of the encampment. These photos were taken on Tuesday, September 3, 2013. 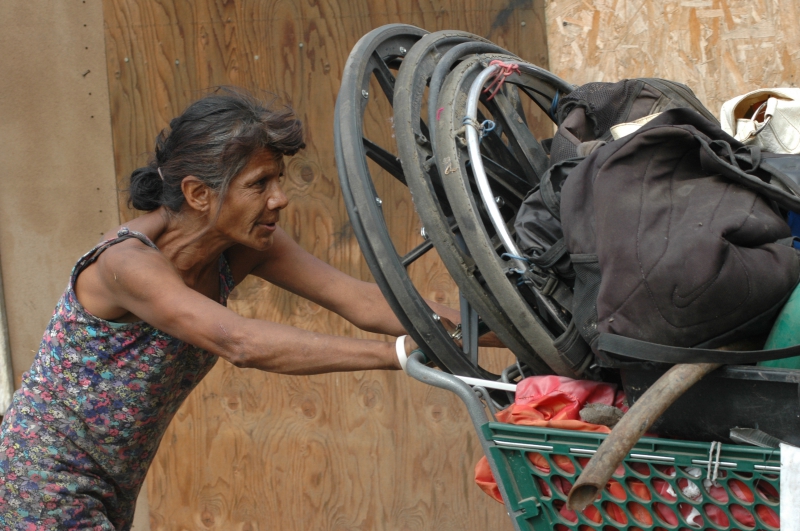 original image (3008x2000)
The city work crews gathered at 7 a.m. and were soon walking through the encampment telling the homeless residents that they have to move on. Most homeless people I talked to did not have anyplace to go. Several said they would go to the H street encampment that is scheduled to be destroyed (by the city) next week and some said they would sleep on a nearby sidewalk. As I arrived at about 6:30 a.m. some people were still sleeping on sidewalks by the Poverello House, the location of last weeks demolitions.

It was the Poverello House, which is a social service organization that provides meals for the homeless, that pushed the city to destroy the homeless encampments. They argued that the encampments, with their run down appearance and alleged crime was preventing clients from entering their facility.

The demolition today followed a pattern that played out last week near the Poverello House. After the city’s attorney and sanitation workers walk through the encampment (with multiple video recorders capturing every conversation), they offer the residents bags to put their property in. If they have a lot of property, the city brings in a large 8 x 8 x 20 foot container. While property is being stored, the bulldozers start clearing out unwanted property and trash that has been left behind. Soon, the bulldozers are tearing into the shelters as many of the homeless are still pushing shopping carts away. Eventually every last shelter will be destroyed, property will be stored for 90 days, and the homeless will have no place safe to sleep tonight.
END_OF_DOCUMENT_TOKEN_TO_BE_REPLACED
§The Bulldozers Come Very Close to Where People are Standing
by Mike Rhodes 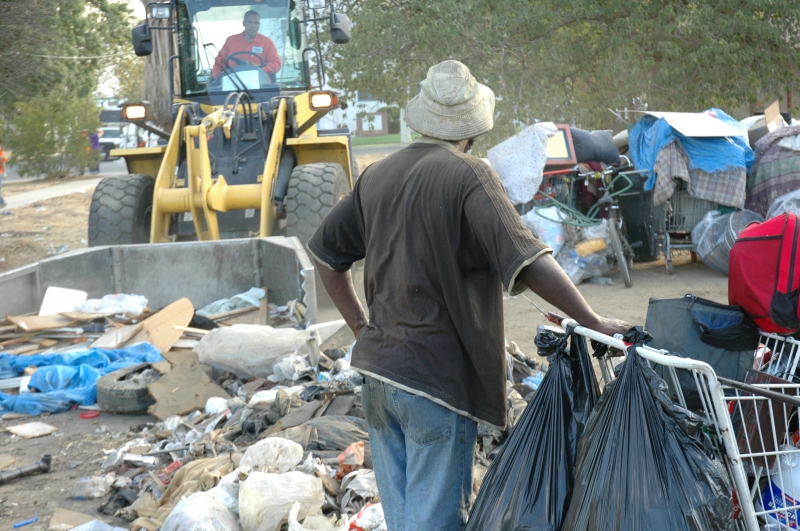 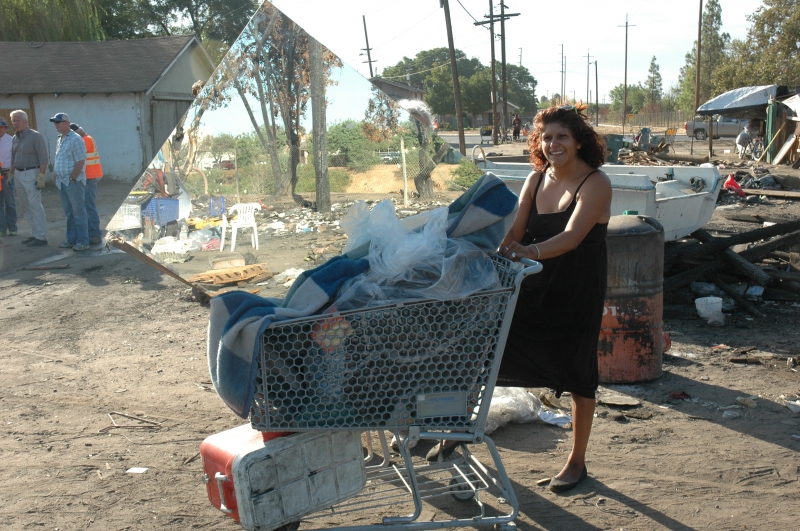 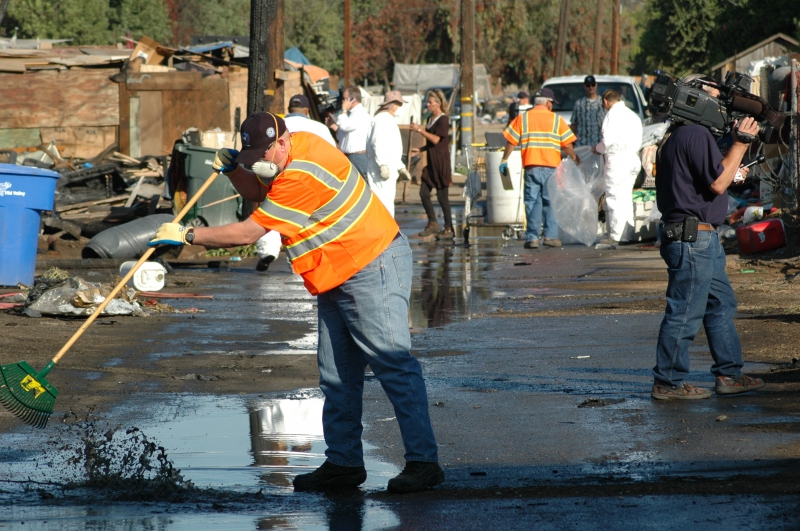 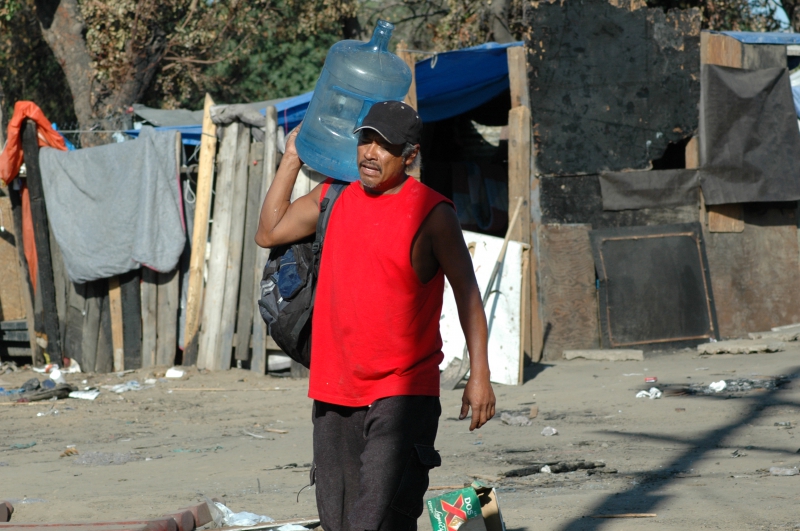 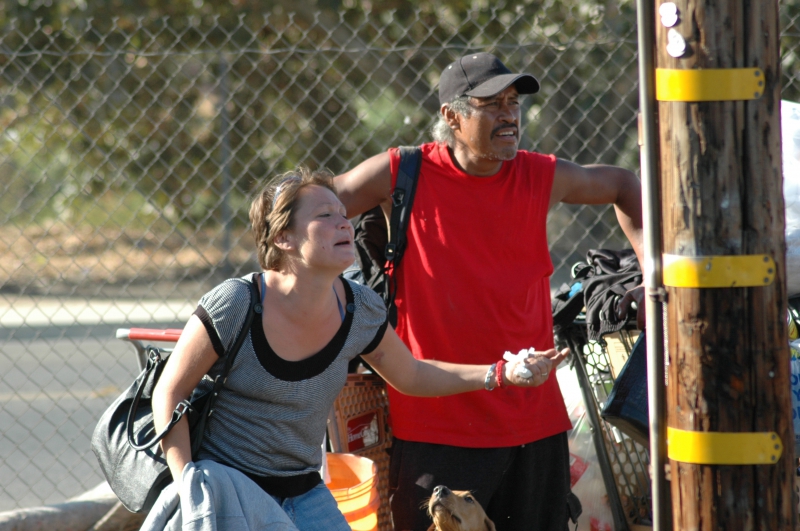 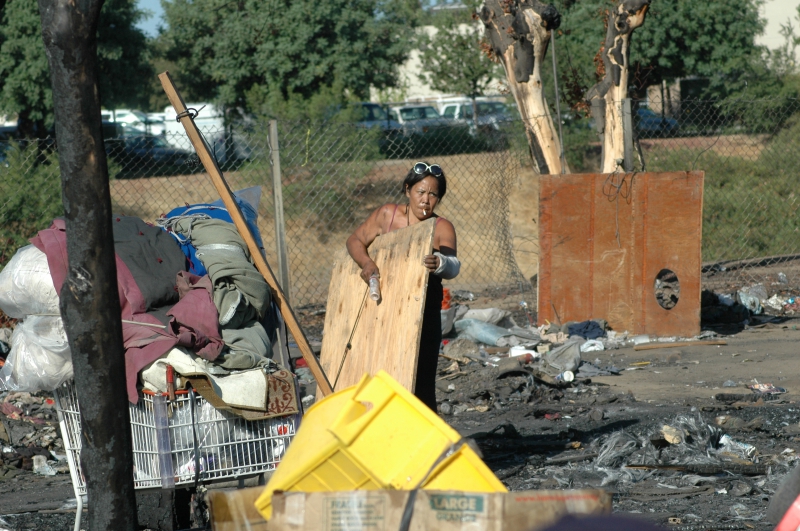 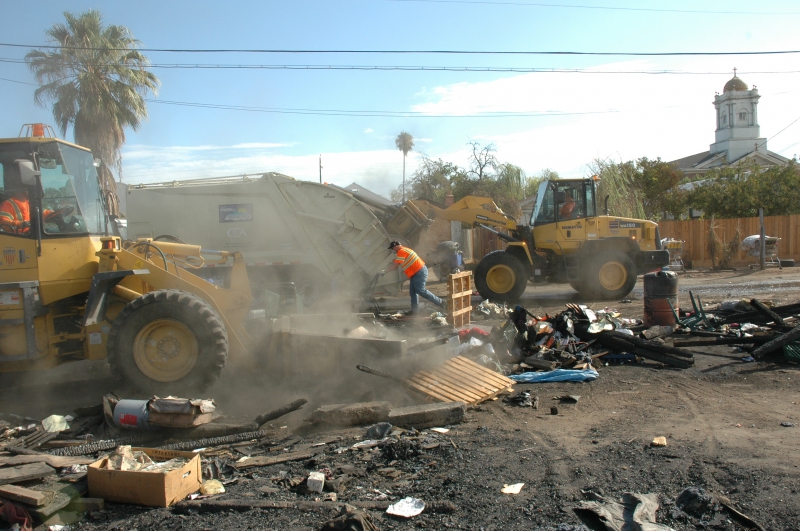 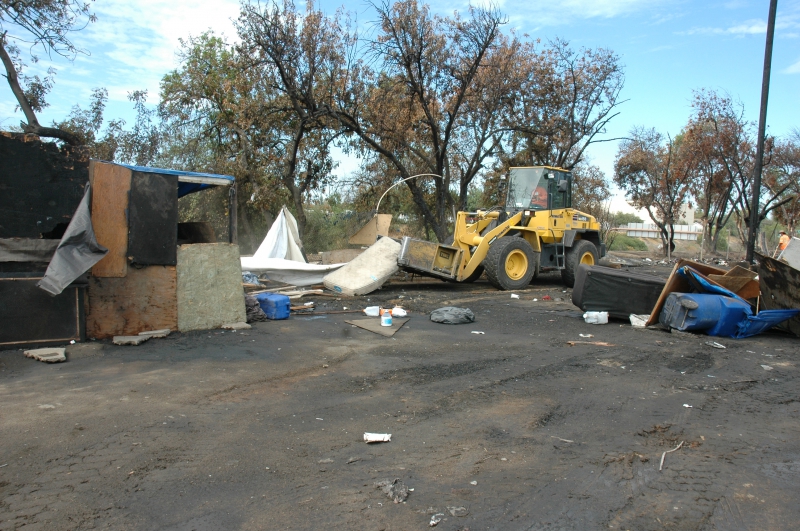 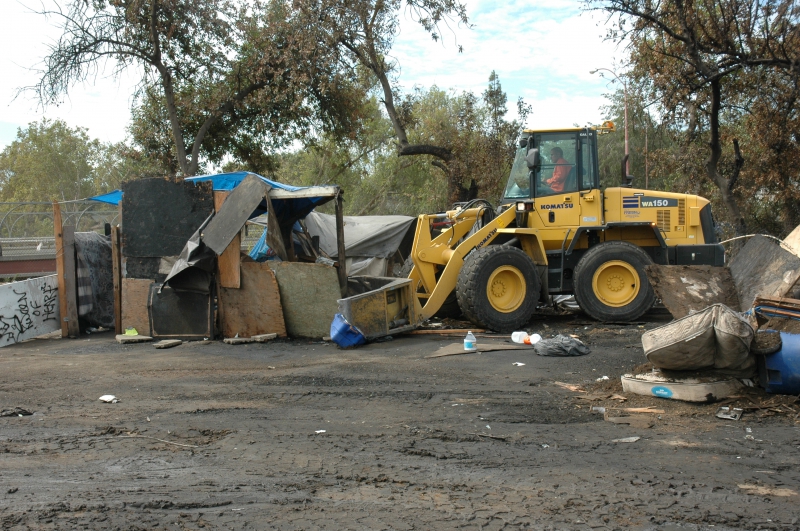 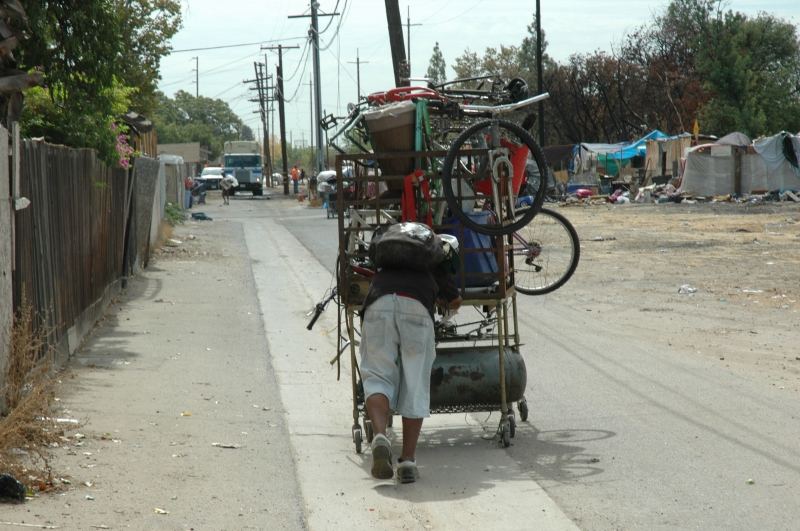 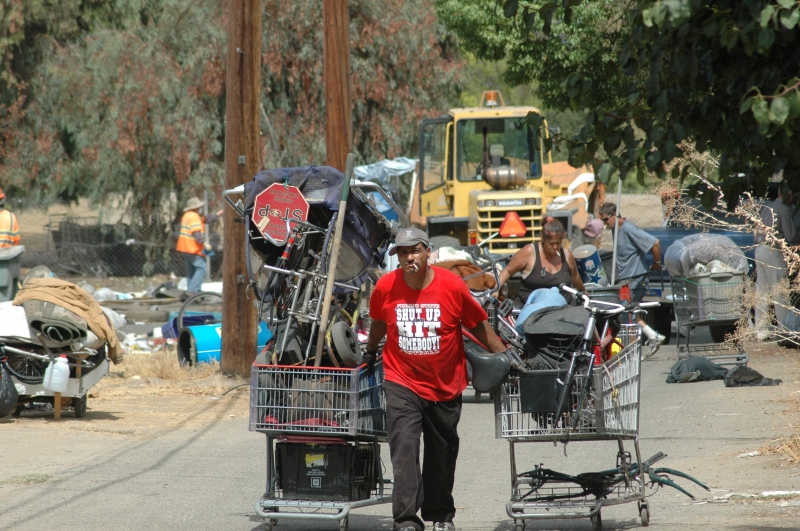 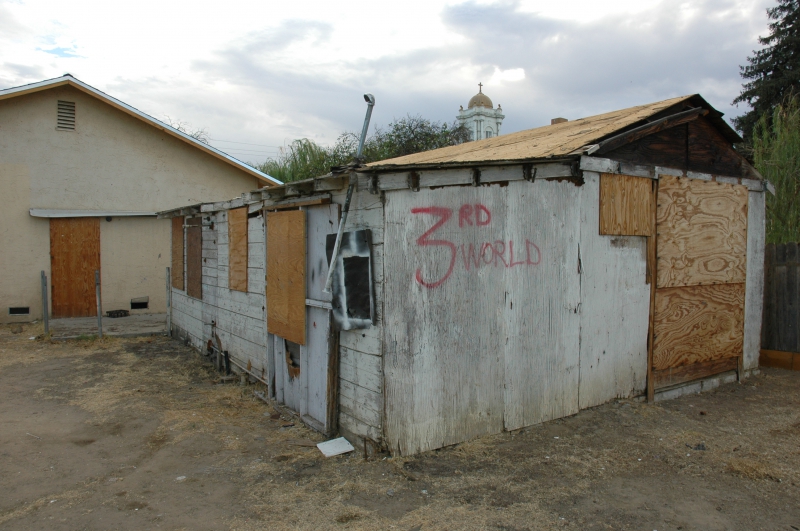 original image (3008x2000)
This house sits right across the ally from the homeless encampment. At least 1/2 of the homes in the neighborhood are boarded up and abandoned and yet you have homeless people living all around the area.
END_OF_DOCUMENT_TOKEN_TO_BE_REPLACED
Add Your Comments
Support Independent Media
We are 100% volunteer and depend on your participation to sustain our efforts!