Add an Event
Newswire
Calendar
Features
Home
Donate
From the Open-Publishing Calendar
From the Open-Publishing Newswire
Indybay Feature
Publish to Newswire
Add an Event
Related Categories: Santa Cruz Indymedia | Anti-War
Santa Cruz Protest Against U.S. War in Syria
by Alex Darocy (alex [at] alexdarocy.com)
Sunday Sep 1st, 2013 8:25 AM
On August 31, community members in Santa Cruz gathered on Ocean Street as part of a series of nationwide emergency demonstrations against U.S. military involvement in Syria called for by the Answer Coalition. 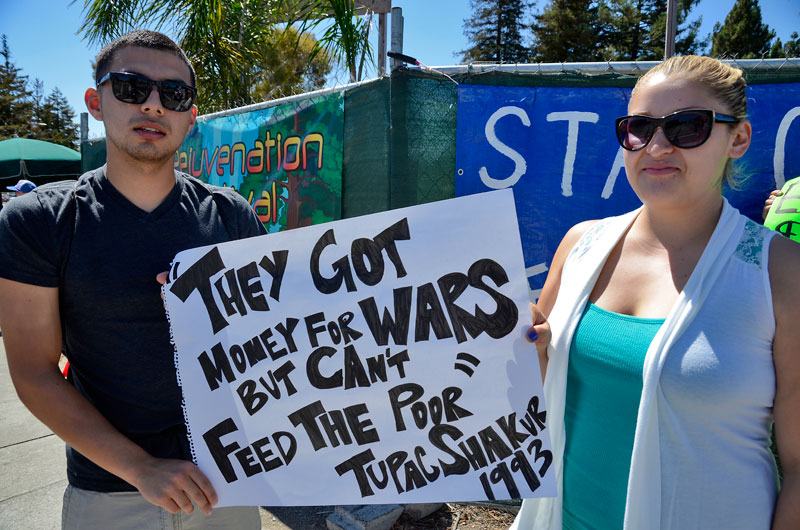 Expressions of disbelief and skepticism were common among those present at the demonstration regarding reports of the use of chemical weapons in Syria, and multiple individuals held Answer Coalition picket signs that stated, "War Against Syria: Built on A Lie."

Anti-war protesters in Santa Cruz where encouraged by drivers honking on their way to the beach on the busy tourist route of Ocean Street.

Demonstrators compare the situation in Syria to that of Iraq ten years ago, and the sentiment by demonstrators is that the war in the Middle East is a long-term, ongoing conflict that some called an "endless war." Individuals say the war has continuously shifted from country to country in the region over the course of decades.

The Answer coalition has stated that the idea of the Syrian government launching a chemical weapons attack as a U.N. team is currently in the country, "defies all logic."

"In a sign of their total disregard for the truth, the United States government has declared, in advance of any actual investigation, that the Syrian government is guilty of using chemical weapons," said the Answer Coalition.

According to the group, the far greater likelihood is that the conflict in Syria is a "staged provocation" by the opposition to, "invite U.S./NATO intervention in order to save their weakening military position in the conflict."


For more information about the Answer Coalition, see:
http://www.answercoalition.org/ 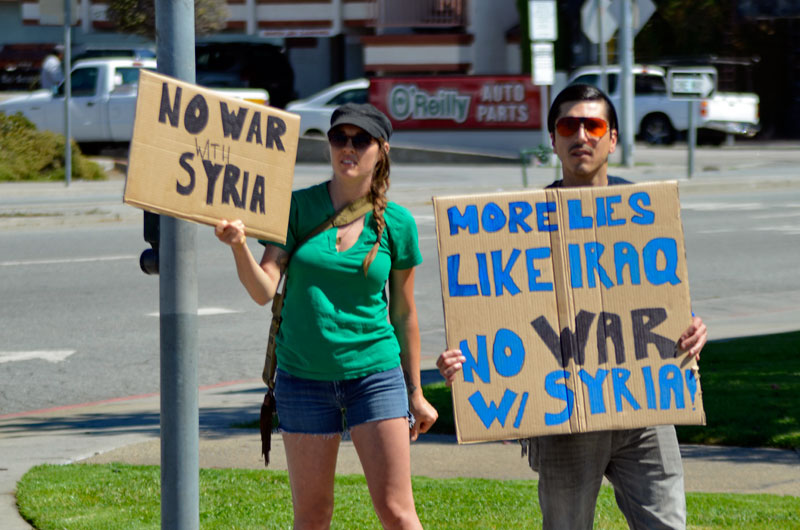 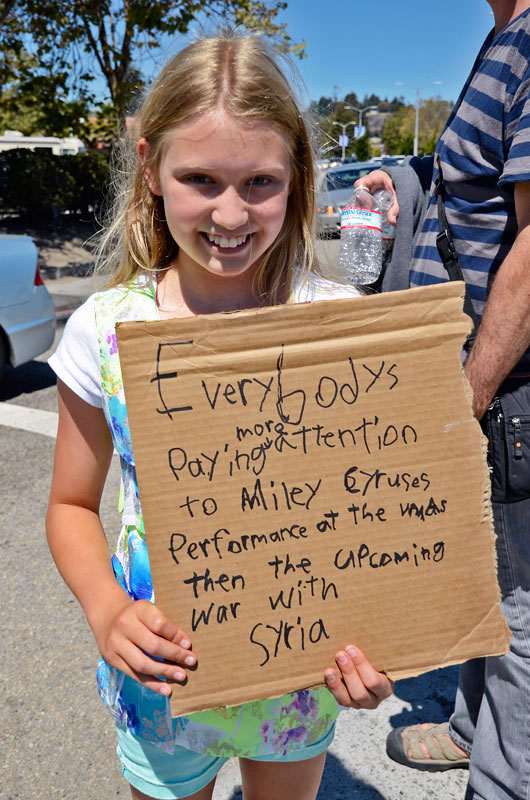 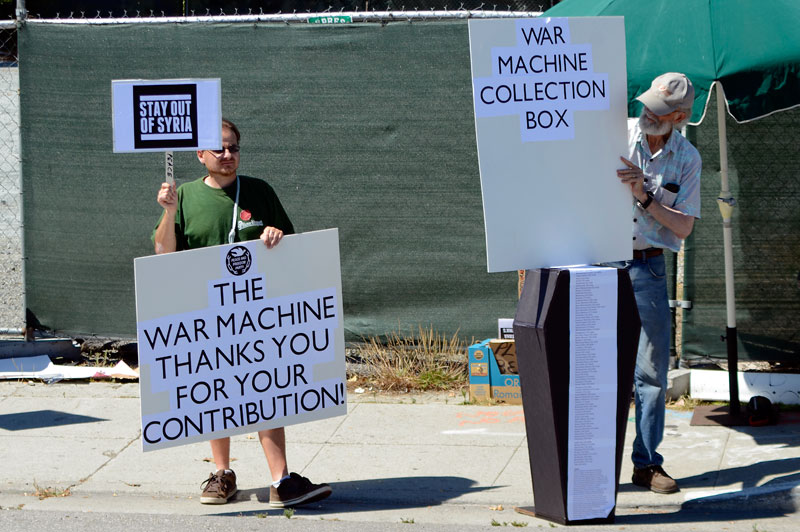 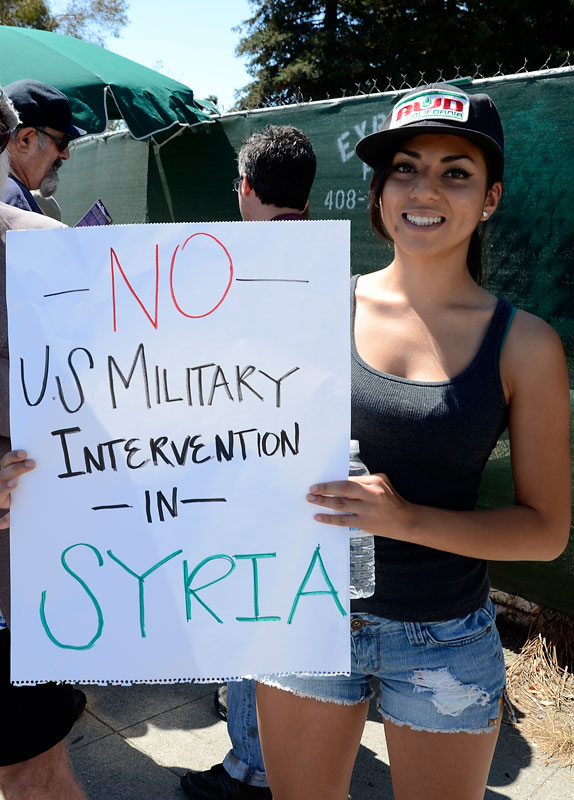 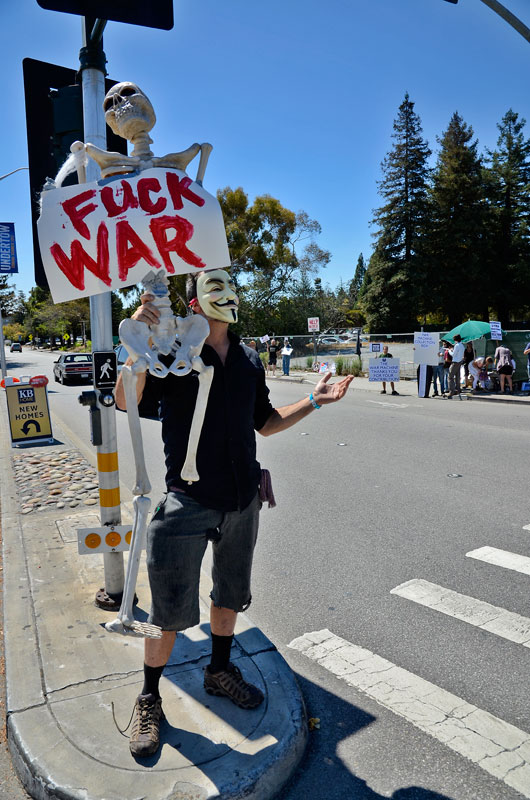 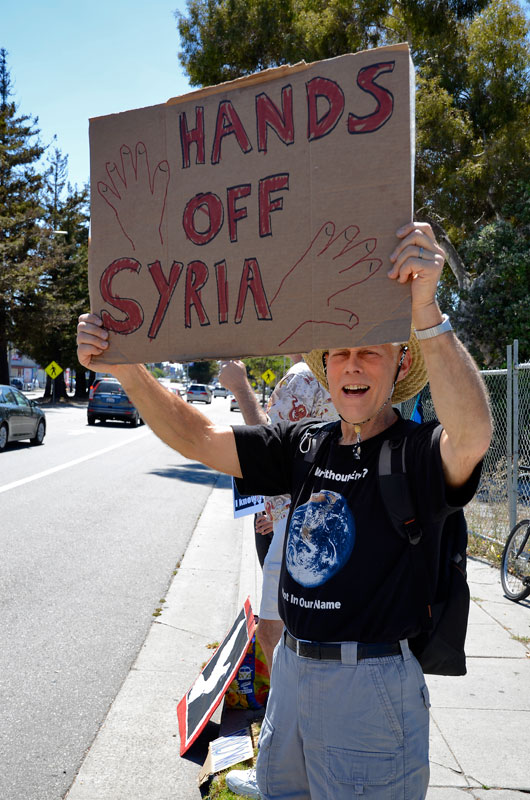 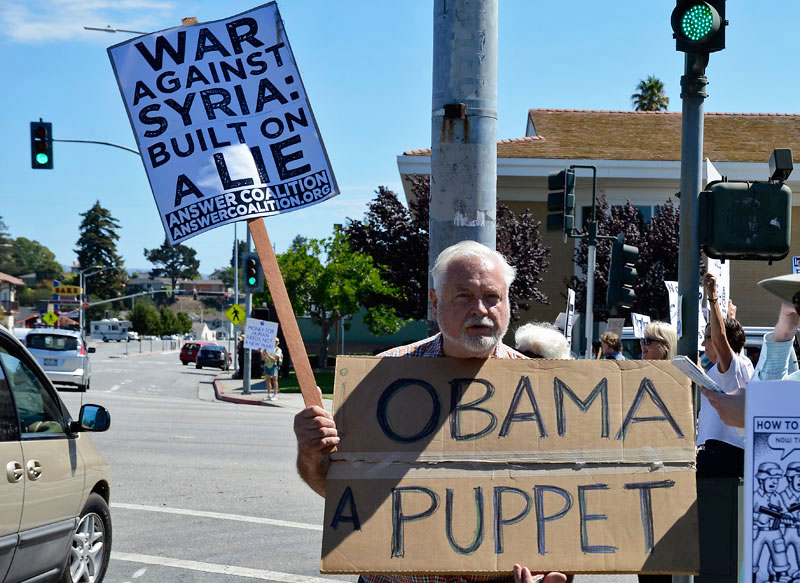 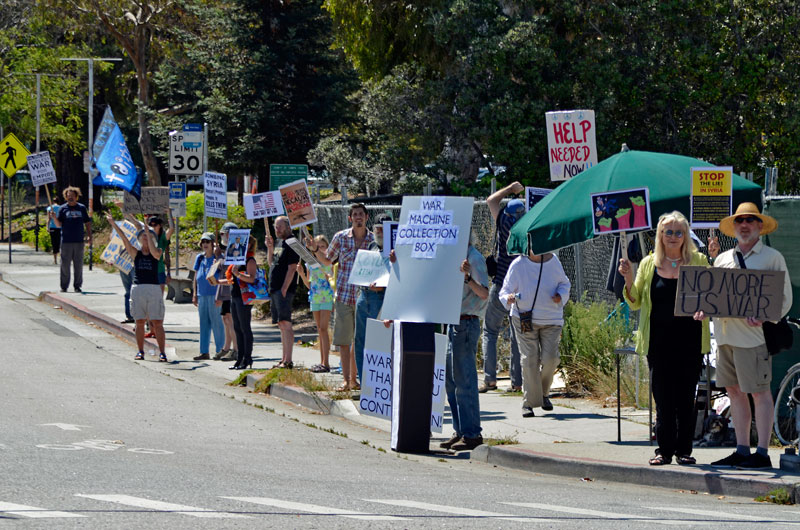 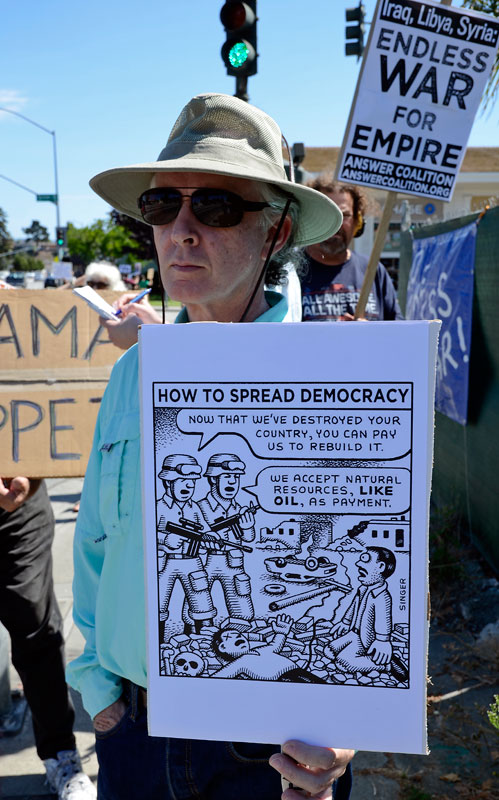 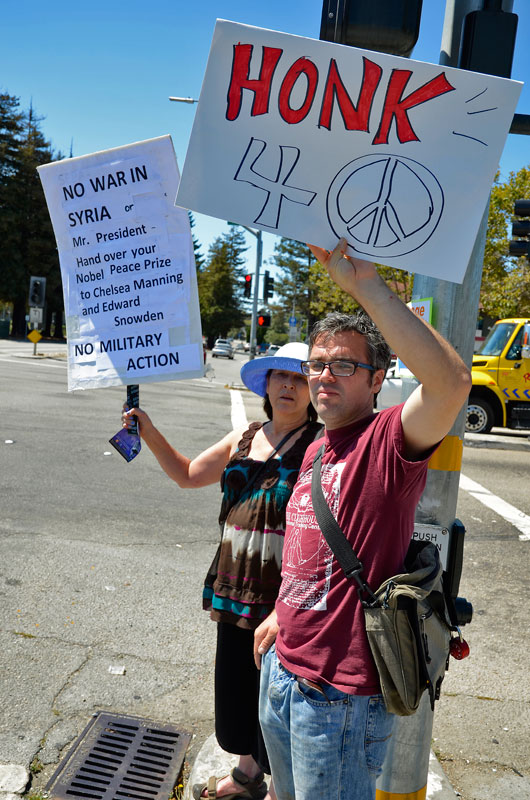 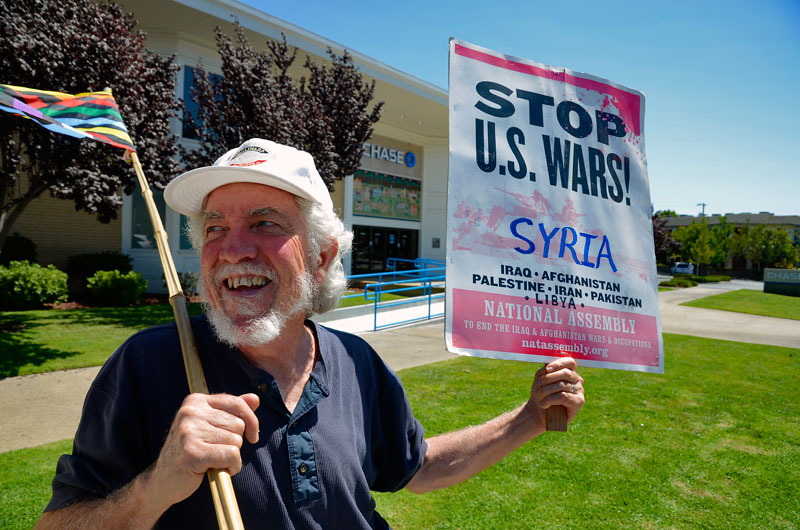 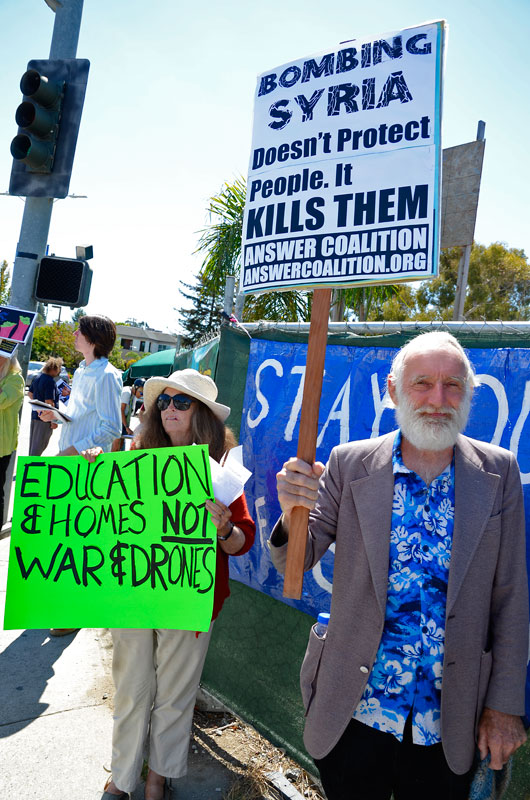 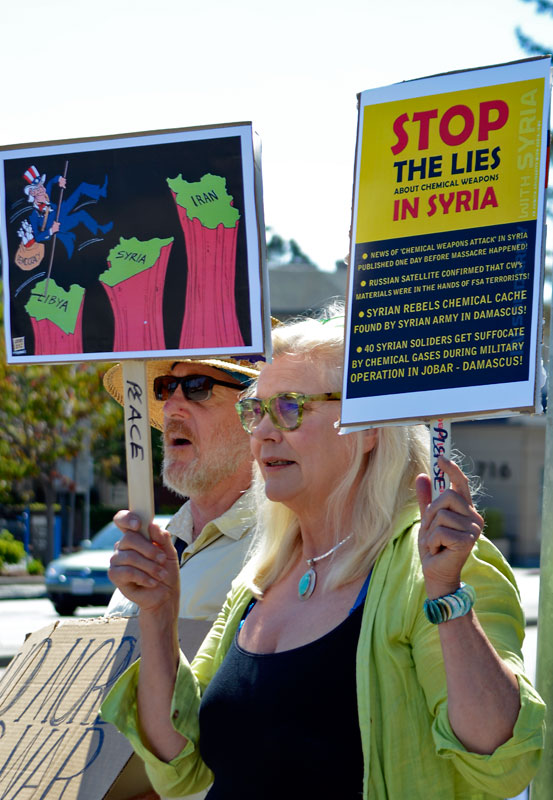 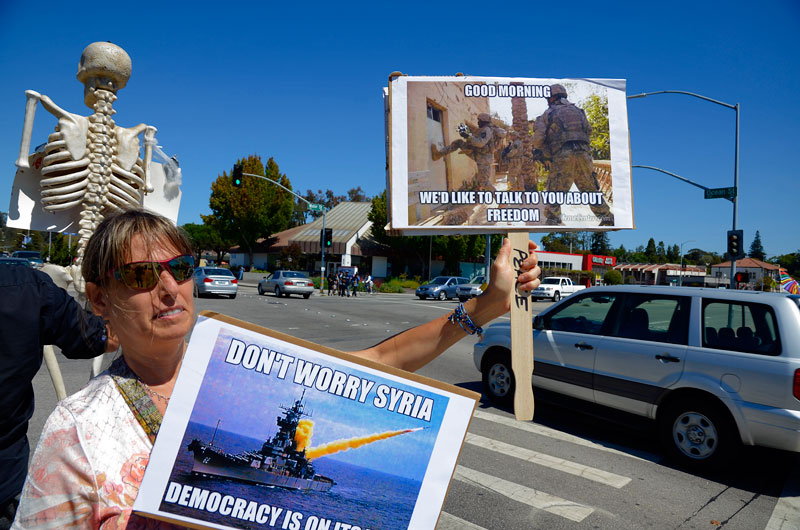 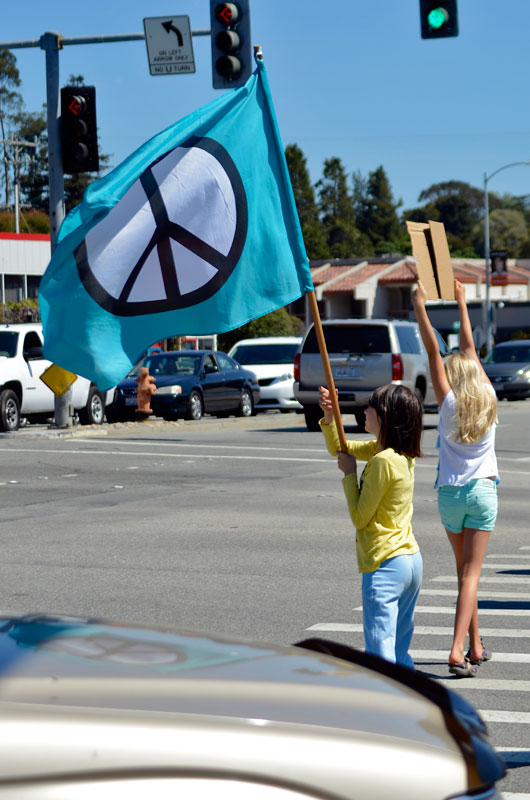 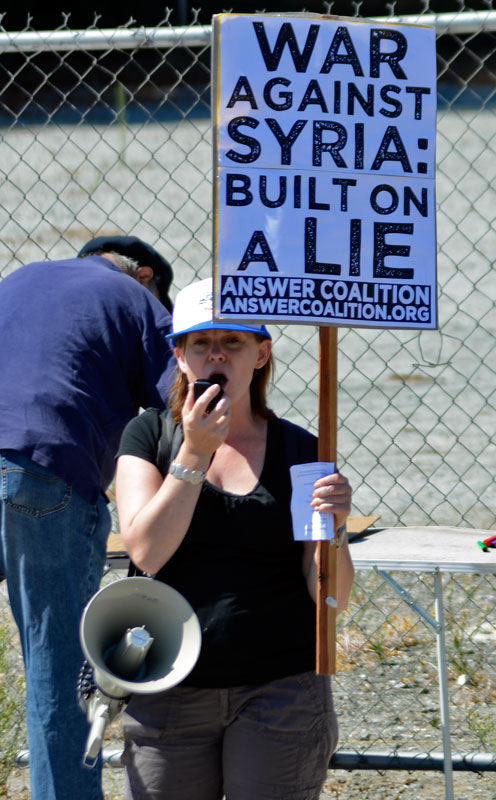 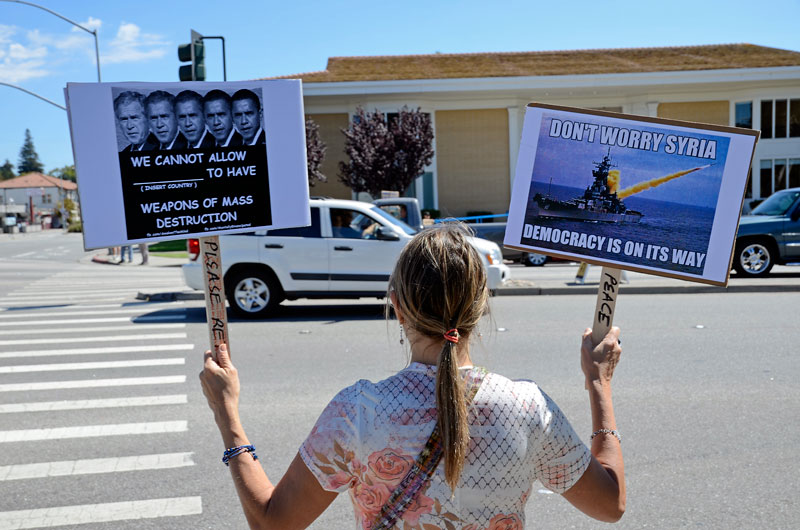 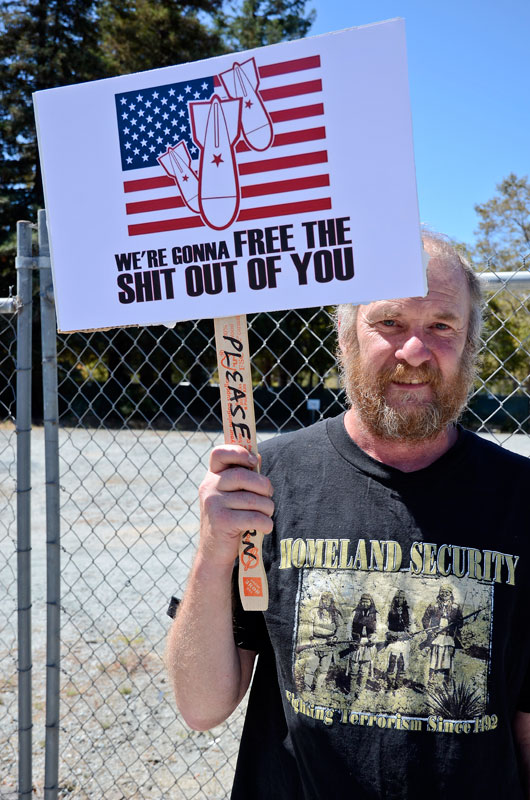 §War is Not Healthy for Children and Other Living Things
by Alex Darocy Sunday Sep 1st, 2013 8:27 AM 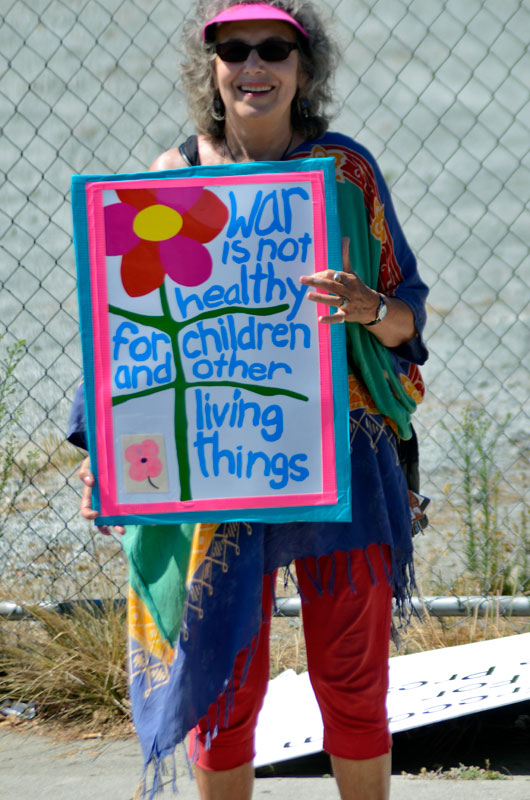 "War is Not Healthy for Children and Other Living Things"
§Proxy War
by Alex Darocy Sunday Sep 1st, 2013 8:28 AM 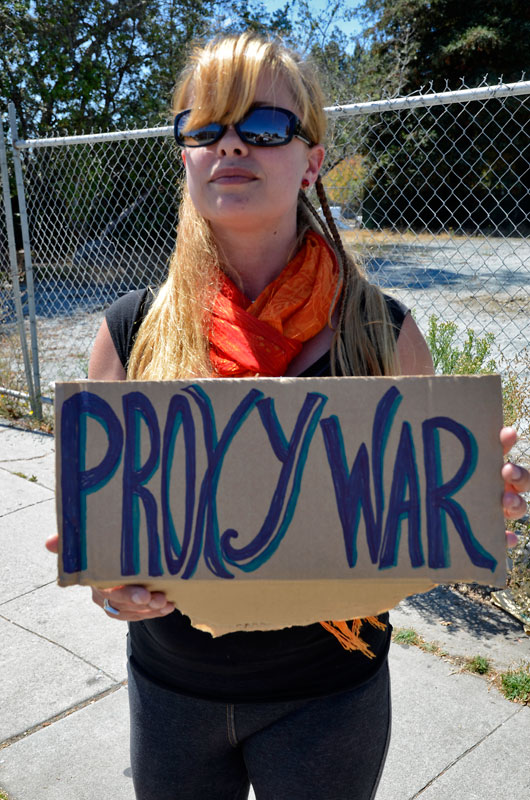 "Give Peace A Chance"
Add Your Comments
LATEST COMMENTS ABOUT THIS ARTICLE
Listed below are the latest comments about this post.
These comments are submitted anonymously by website visitors.