Add an Event
Newswire
Calendar
Features
Home
Donate
From the Open-Publishing Calendar
From the Open-Publishing Newswire
Indybay Feature
Publish to Newswire
Add an Event
Related Categories: U.S. | Police State & Prisons
Bail request filed by Herman Wallace of the Angola 3
by International Coalition to Free the Angola 3
Wednesday Aug 21st, 2013 9:54 AM
Herman Wallace of the Angola 3, recently diagnosed with terminal cancer and transferred out of solitary, is seeking bail. 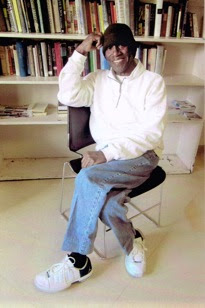 On the evening of August 20, the Angola 3's legal team filed a request for bail in Herman Wallace's habeas case. This comes only days BEFORE a recommendation is expected from the Magistrate Judge reviewing the case. Judge Jackson has the authority to issue bail at any time while the case is under consideration, but especially when the facts are compelling and failure to release on bail could "leave the petitioner without remedy."

In addition to an overwhelming body of evidence pointing to actual innocence, his habeas claim presents not one but 4 strong constitutional violations each sufficient on their own to trigger release. According to the prisons own mechanisms of review, he does not pose a danger to himself or others and has not had a disciplinary write up for any incidence of institutional violence in over 30 years. Most crucially at this time, his health continues to deteriorate rapidly, in no small part due to "the sub-standard care of the Louisiana Department of Corrections," and if bail is denied, he may not survive the weeks or months possibly needed to complete the litigation of his claim, even if the Court rules in his favor.

According to the legal team, this sort of request for bail pending habeas review was once relatively routine 20 years ago but is only very rarely granted now. However, as we all know well, and as the attorneys do an excellent job of summarizing for the Court, Herman's case is “exceptional,” and “deserving of special treatment in the interests of justice.”

Attached you will find the bail application and supporting exhibits. We will update you as soon as we hear anything from the Court.
http://www.angola3news.com
Add Your Comments
Support Independent Media
We are 100% volunteer and depend on your participation to sustain our efforts!