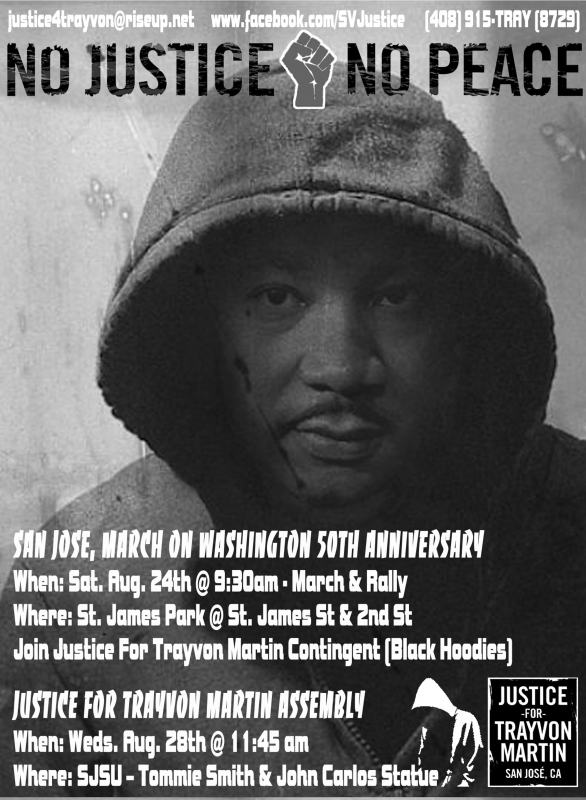 original image (2800x3821)
NATIONAL CALL TO ACTION!!!!!
August 28th, 2013 marks the 50th Anniversary of the March on Washington in 1963, nationwide there are numerous actions scheduled in support of Justice for Trayvon Martin, for young Martin, his American Dream, turned into an American Nightmare. It's time yet again to stand up for justice, and demand it from an apathetic Government.

San Jose, is joining in on this nationwide call to action:

CAMPUS PEOPLES ASSEMBLY
Wednesday, Aug. 28th @ SJSU - Tommie Smith & John Carlos Statues
We will be holding a Campus "Town Hall" Assembly at San Jose State University, at 11:45 am - 12:45 pm, we encourage you all to join us, check out the Student Organization Fair, the Social Justice BBQ, and the MOSAIC Cultural Center Open House!!! Come out and be heard!
http://www.facebook.com/SVJustice
Add Your Comments
Support Independent Media
We are 100% volunteer and depend on your participation to sustain our efforts!