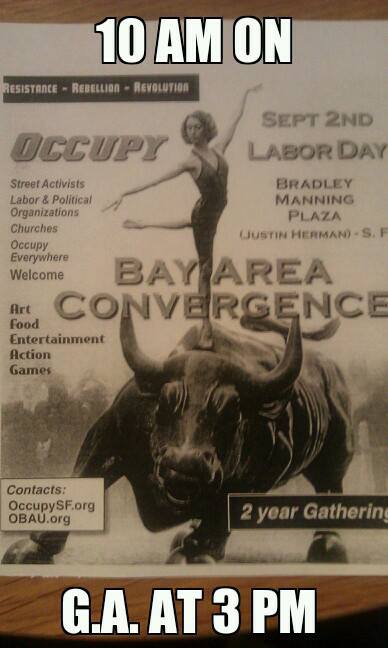 Do you miss all your Occupy friends?
Do you miss the charge that is democracy in the streets?
We are all meeting up on Labor Day at Chelsea Manning Plaza (Justin Herman Plaza)
10 am on throughout the day...
This will be amazing... Don't miss it!!!
§Occupy SF Labor Day Convergence
by Karthik Saturday Aug 31st, 2013 11:23 PM 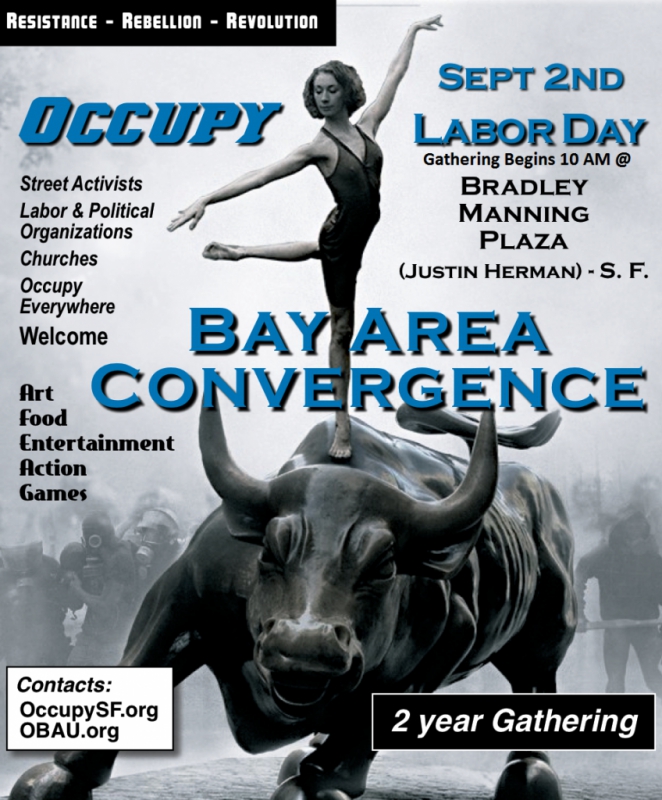 Occupy Action Council, a coalition of Bay Area Occupy groups that are part of the world wide Occupy Wall Street movement announces their plans for a convergence on Labor Day (September 2nd) 2013. The all-day gathering starts at 11 AM at Chelsea Manning Plaza formerly Bradley Manning Plaza). The location is the rechristened Justin Herman Plaza at San Francisco's Embarcadero. Notable events throughout the day will include a press conference at 1PM, a General Assembly at 3 PM and a march to the Federal Reserve building at 101 Market Stree
http://www.popularresistance.org/occupy-la...
Add Your Comments
Support Independent Media
We are 100% volunteer and depend on your participation to sustain our efforts!