Add an Event
Newswire
Calendar
Features
Home
Donate
From the Open-Publishing Calendar
From the Open-Publishing Newswire
Indybay Feature
Publish to Newswire
Add an Event
Related Categories: California | Santa Cruz Indymedia | Police State & Prisons
Supporting California and Santa Cruz Prison Hunger Strikers at 'Hunger for Justice'
by Alex Darocy (alex [at] alexdarocy.com)
Friday Aug 2nd, 2013 5:54 PM
On July 31, community members in Santa Cruz marched to the county jail as part of "Hunger for Justice," an international day of protests and events held in solidarity with the prisoners on hunger strike in state detention facilities across California since July 8. According to the organization Sin Barras, 37 prisoners in the Santa Cruz County Jail have also joined the hunger strike. [Scroll down for photos. Top video: prisoners inside of the Santa Cruz County jail respond to the demonstration by flashing their lights and pounding on the windows of their cell]
Copy the code below to embed this movie into a web page:
Download Video (38.7MB) | Embed Video
"The people running the [Santa Cruz County] jail are trying to say that no one in there has been on hunger strike, when we have heard from people who have been inside that they have in fact been on hunger strike," a member of Sin Barras said.

After marching to the county jail, a noise demonstration was held to let those inside, "hear and know we are outside doing this for them," organizers said.

Women inside of the detention facility did let demonstrators know they had been heard.

One inmate was yelling out and trying to communicate with the group, saying "Free....[inaudible]." She was possibly shouting out a name, but no one seemed to have been able to make out exactly what she was saying.

Other inmates flashed their lights and pounded on the windows of their cells. Their hands could be seen as they pressed them against the opaque window coverings.

A member of Sin Barras pointed out that there is solitary confinement in the women's facility, adding "I know people with mental problems who are locked up right here in isolation."

Ending long term solitary confinement and the Security Housing Unit (SHU), is one of the demands of the prisoners who are on hunger strike in California's State prisons, and the topic was a point of focus at the Hunger for Justice demonstration.

Members of Sin Barras read excerpts from letters from a prisoner with whom they are corresponding who is currently being held in the SHU at Corcoron State Prison.

He has been living in a small box for decades in that facility, with no human contact, no access to sunlight, no adequate food, and no adequate medical care. When describing how torturous his living conditions are, he refers to the strike, saying, "hunger strikes are political statements, they are also acts of desperation."

Activists report that on Monday July 22, one of the hunger strikers, Billy “Guero” Sell, died while inside Corcoran SHU.

30,000 prisoners in California state prisons began the hunger strike on July 8, and their five core demands are:

The Hunger for Justice events were also held in solidarity with Trayvon Martin, and the "many Trayvons who have been killed by state and vigilante violence," an announcement for the event read. 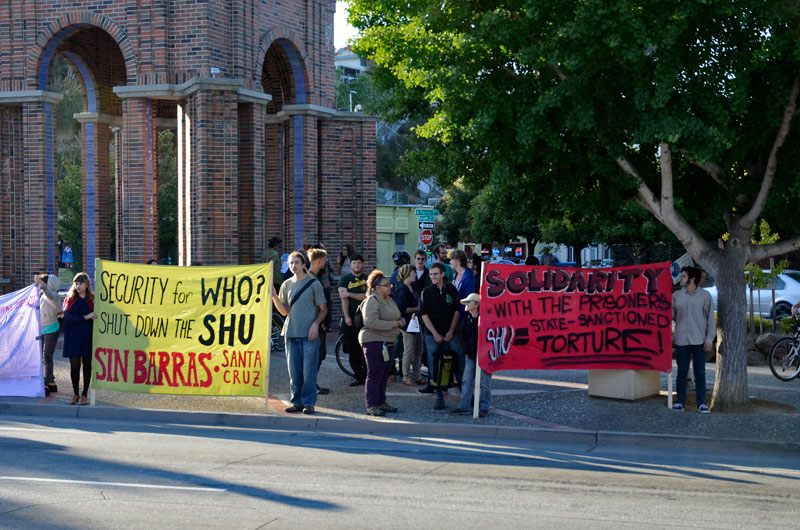 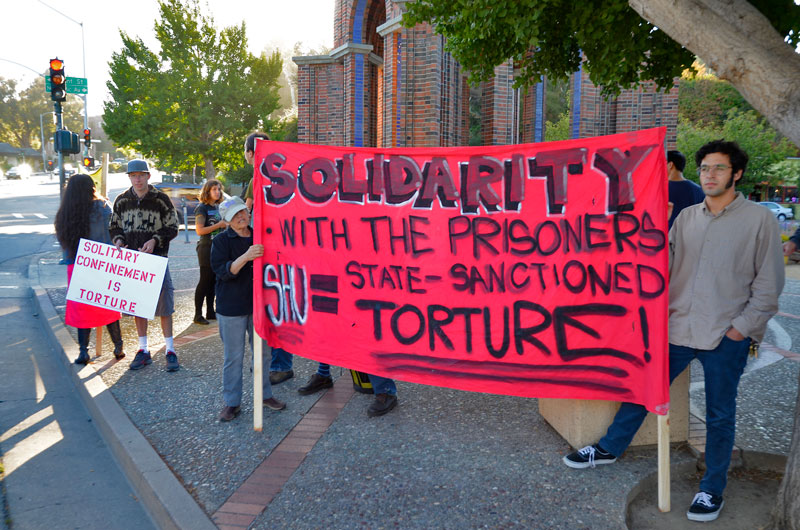 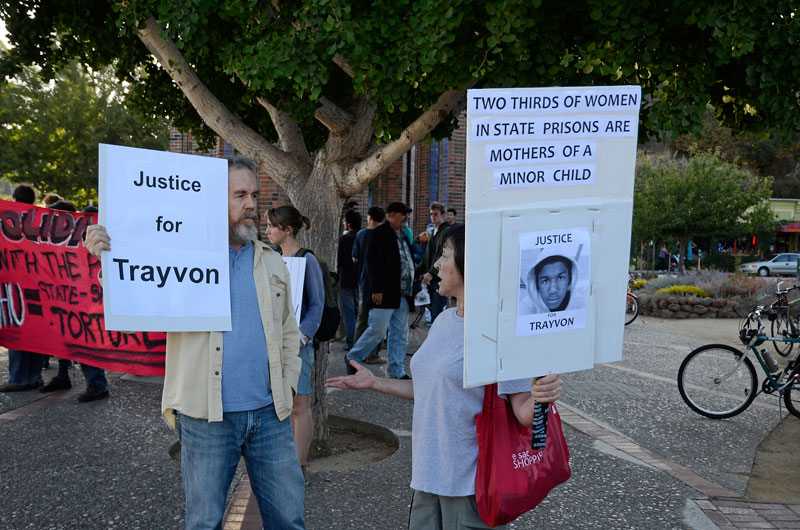 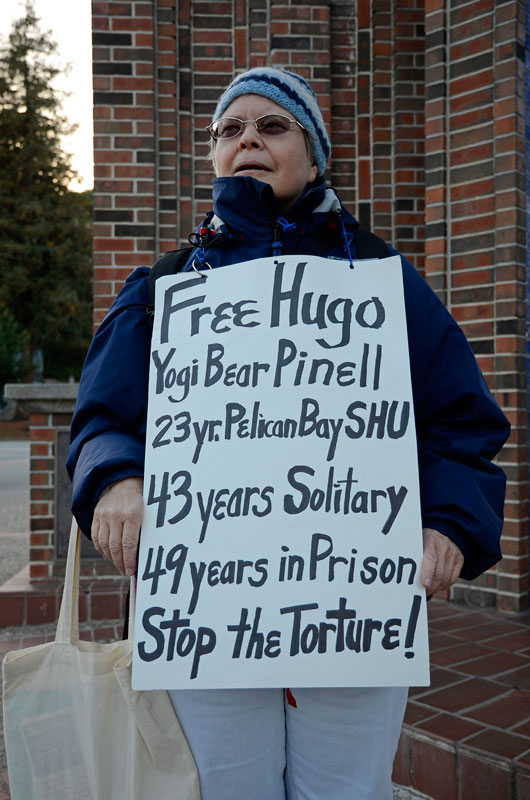 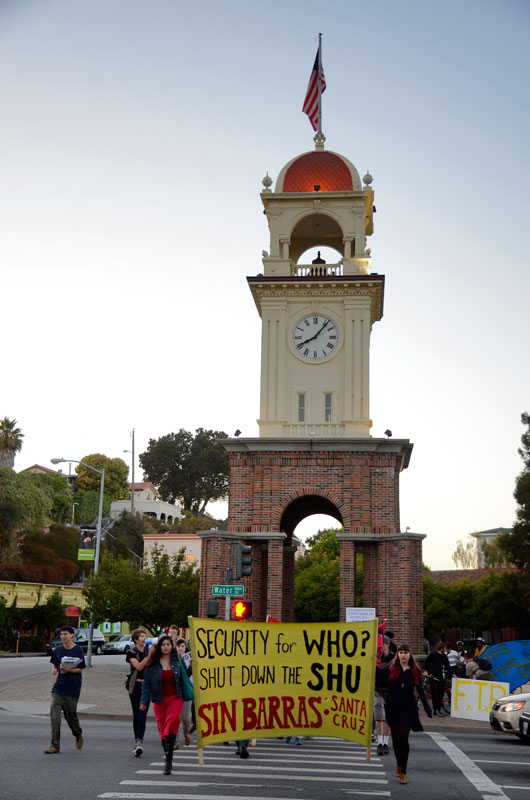 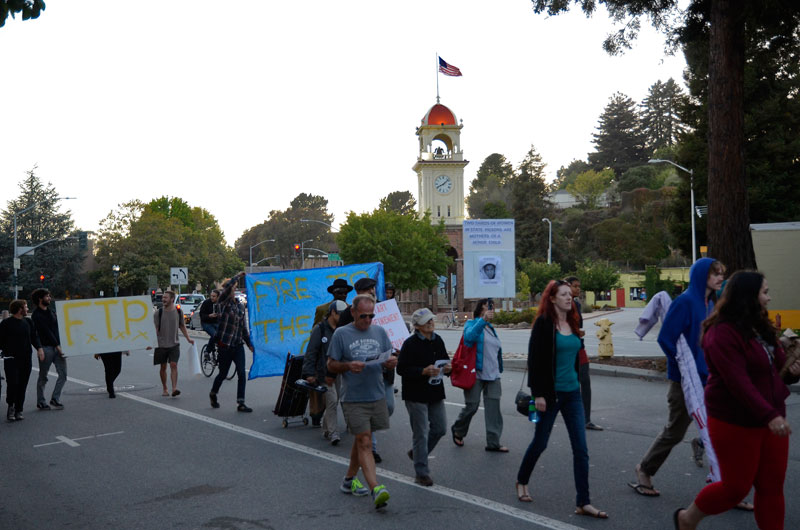 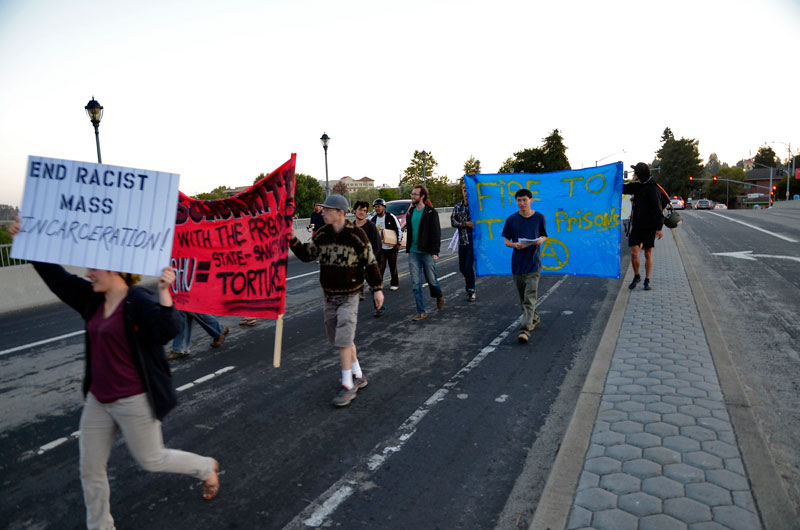 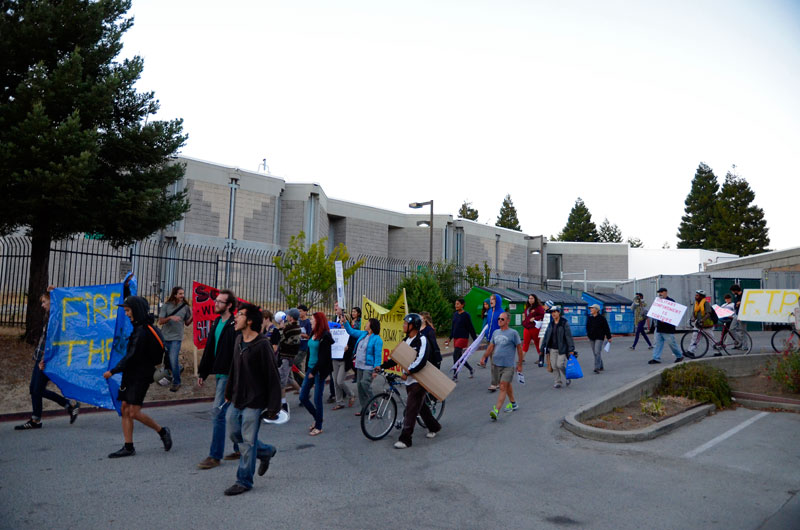 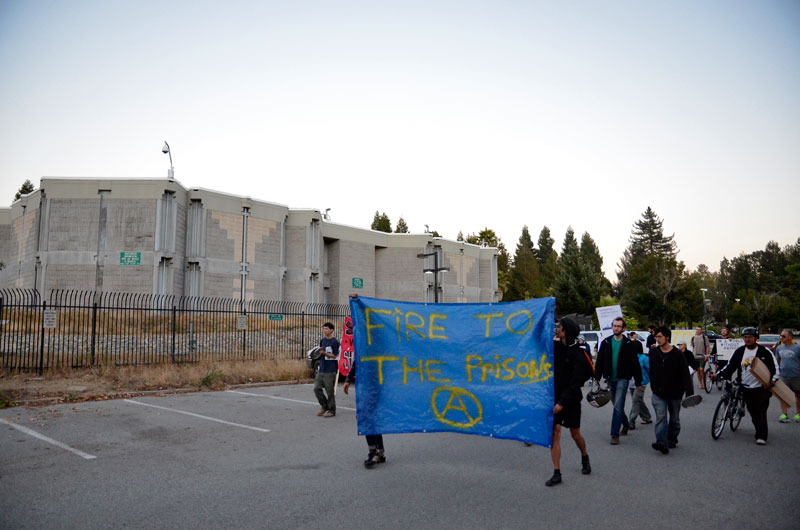 §In A World Without Prisons....Zimmerman Would Have Never Shot Trayvon Martin
by Alex Darocy Friday Aug 2nd, 2013 5:54 PM 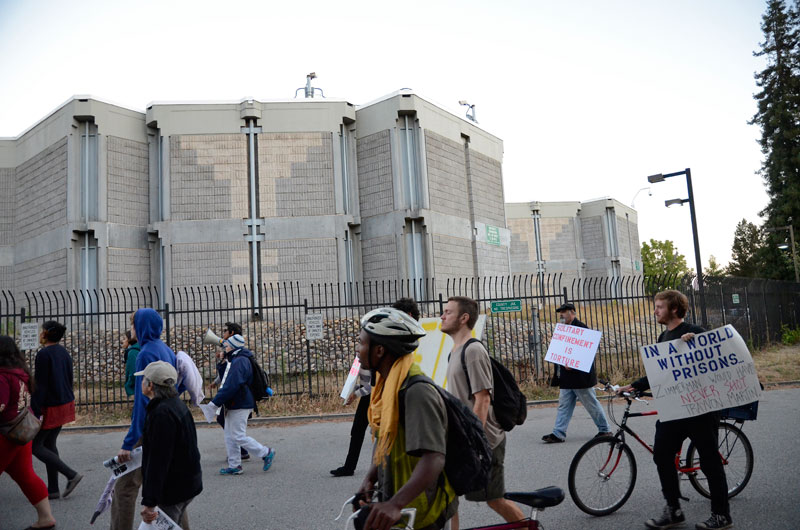 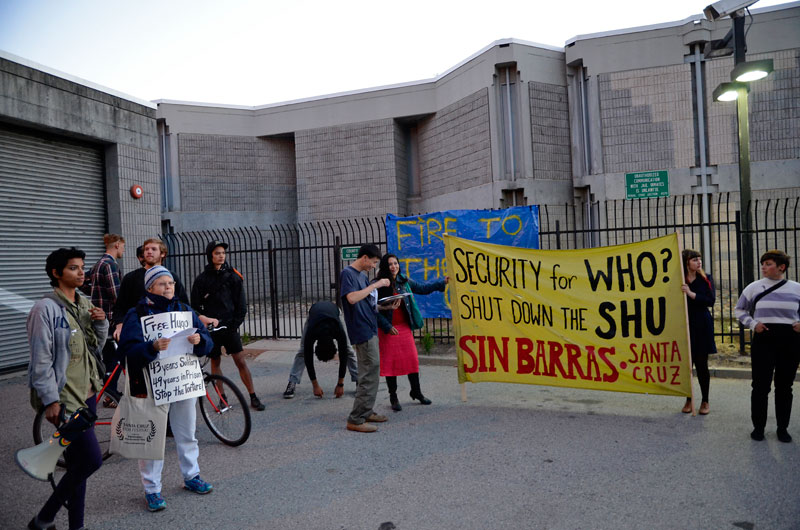 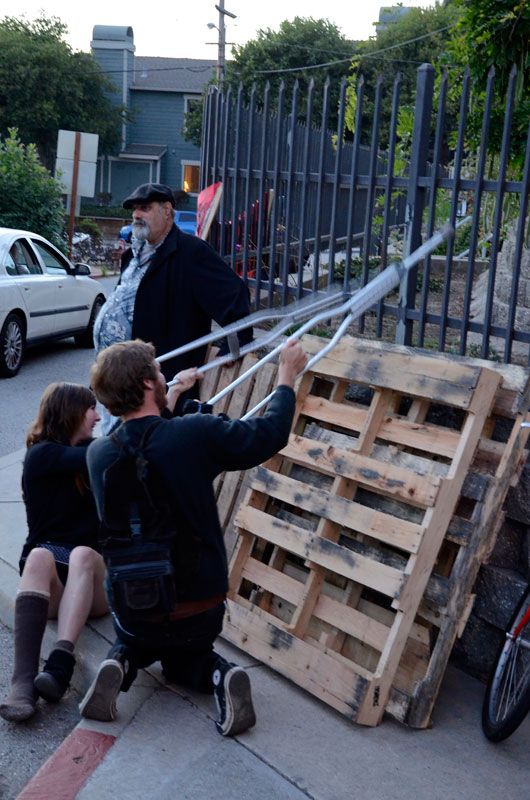 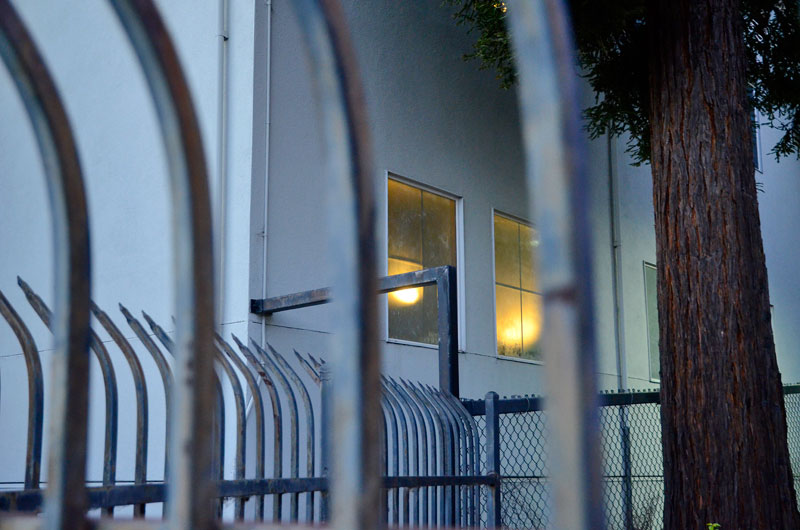 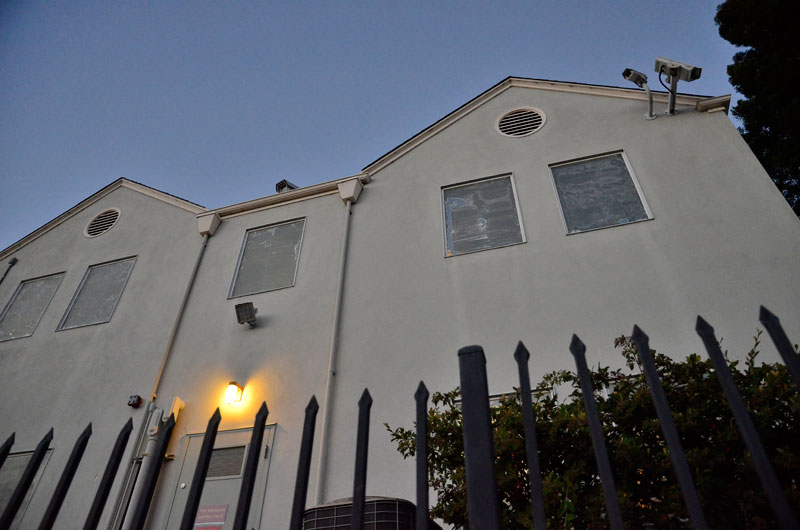 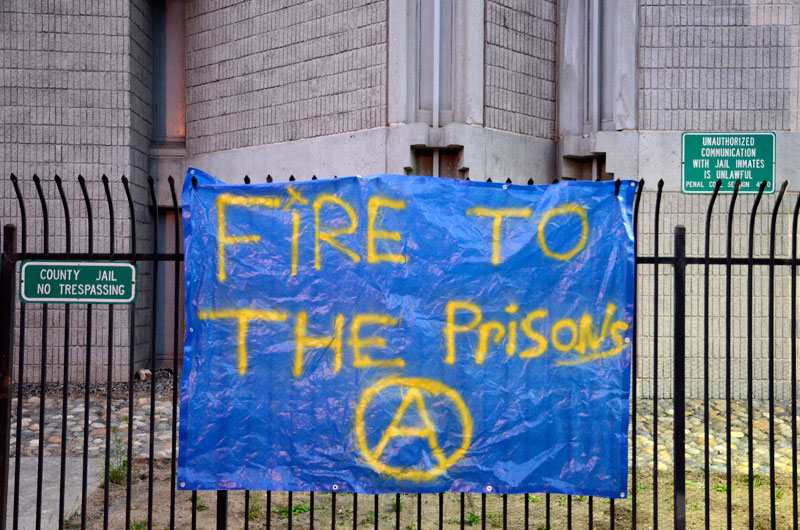 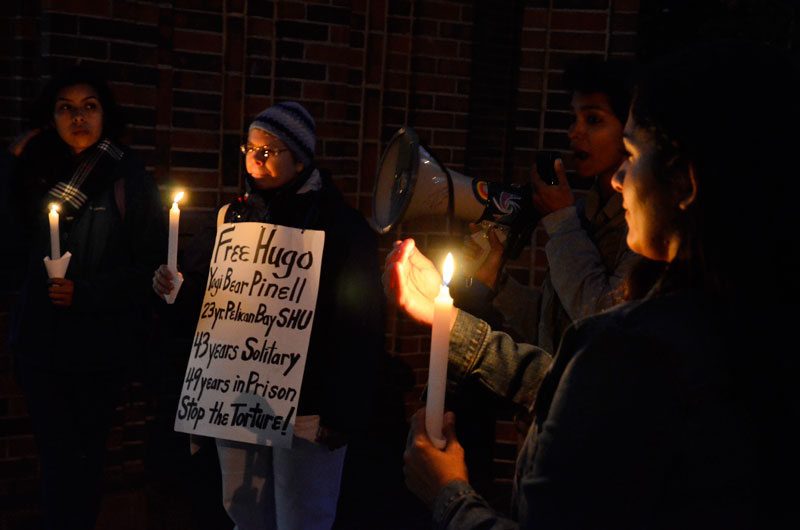 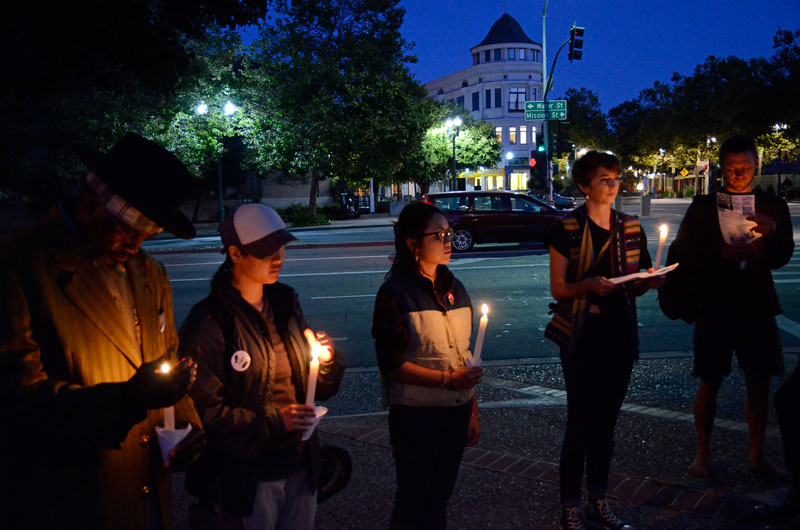 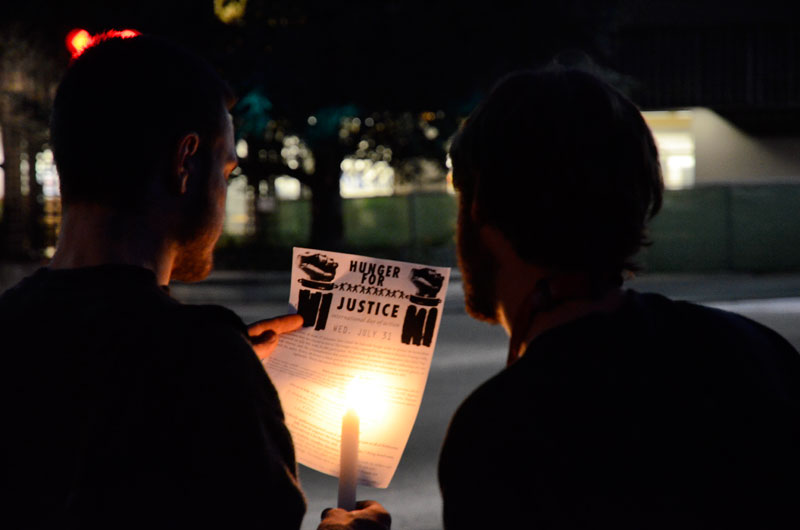 Supporting the Prison Hunger Strikers at 'Hunger for Justice' (part 2)
https://www.indybay.org/newsitems/2013/08/08/18741204.php
Add Your Comments
LATEST COMMENTS ABOUT THIS ARTICLE
Listed below are the latest comments about this post.
These comments are submitted anonymously by website visitors.