Add an Event
Newswire
Calendar
Features
Home
Donate
From the Open-Publishing Calendar
From the Open-Publishing Newswire
Indybay Feature
Publish to Newswire
Add an Event
Related Categories: California | Central Valley | Environment & Forest Defense | Government & Elections
New California Water Grab for Fracking and Agribusiness
by Dan Bacher
Saturday Jul 27th, 2013 1:57 PM
“It’s absurd that Governor Brown wants to make us taxpayers pay to redirect the Sacramento River so that oil companies and huge agribusinesses can make even more profits,” said Adam Scow, the California Campaigns Director of Food and Water Watch. “Not only would we spend billions on a wasteful project that serves only to pad the pockets of corporate interests, we would be helping oil and gas companies contaminate our already precious water with fracking. Stand up and tell Governor Brown that we won’t pay the water bill for agribusinesses and oil companies." 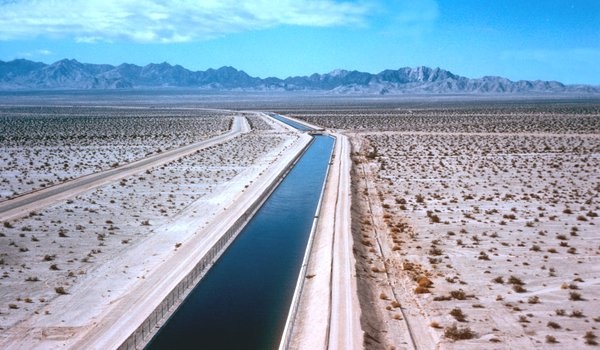 The alarming role that the peripheral tunnels under the Sacramento-San Joaquin River Delta could play in increased fracking in California and the leadership position of the Western States Petroleum Association and oil companies in the state's environmental regulatory processes are two scandals that the mainstream media has for the most part failed to cover.

Fracking, or hydraulic fracturing, is the controversial, environmentally destructive process of injecting millions of gallons of water, sand and toxic chemicals underground at high pressure in order to release and extract oil or gas, according to Food and Water Watch.

Adam Scow, the California Campaigns Director of Food and Water Watch, hasn’t missed the connection between fracking and Governor Brown’s plan to build the tunnels – and urges Californians to speak out against the corporate water grab.

“Governor Brown has proposed building two massive $50 billion water tunnels to divert the Sacramento River to corporate interests in the Central Valley,” said Scow. “Most of the water will go to large agribusiness and oil companies while taxpayers will be stuck with the bill.”

“The Westlands Water District and Kern County Water Agency import water for the biggest agribusinesses and oil fields in the Central Valley,” explained Scow. “Now they’ve gotten Governor Brown to approve a massive tunnels project to bring them even more water, which they will sell for an enormous profit. Even worse, much of this water will go to oil companies who will pollute our groundwater with fracking. Help put a stop to this corporate water grab by asking Governor Brown to protect our state’s precious water.”

Scow emphasized that most Californians would see no benefit from this massive water project, but we will be left with the $50 billion price tag. Local water projects to rebuild our crumbling infrastructure and expand stormwater and rainwater systems would provide local jobs and better water security for much less.

“It’s absurd that Governor Brown wants to make us taxpayers pay to redirect the Sacramento River so that oil companies and huge agribusinesses can make even more profits,” said Scow. “Not only would we spend billions on a wasteful project that serves only to pad the pockets of corporate interests, we would be helping oil and gas companies contaminate our already precious water with fracking. Stand up and tell Governor Brown that we won’t pay the water bill for agribusinesses and oil companies.”

Scow and other fracking opponents are asking for a complete ban on fracking. Unfortunately, the power of the oil industry in California was demonstrated on Thursday, May 30 when the State Assembly voted 35-24 to kill a bill originally designed to halt fracking throughout the state. The only bill that passed through the legislature was a weak one authored by Senator Fran Pavley to "regulate" fracking.

He urges people to speak out against the $54.1 billion tunnels today:
https://secure3.convio.net/fww/site/Advocacy?pagename=homepage&page=UserAction&id=329

How the BDCP will advance Big Oil’s agenda

Burt Wilson, Editor and Publisher of Public Water News Service (bwilson5404 [at] sbcglobal.net), also contends that the “hidden agenda” of the Bay Delta Conservation Plan to build twin tunnels is to provide water for the environmentally destructive process of fracking in California. (http://www.dailykos.com/story/2013/02/26/1189970/-The-BDCP-s-Hidden-Agenda-Water-for-Fracking)

Wilson said the “hidden scenario” goes like this: “Gov. Brown wants twin tunnels in the Delta. He won’t allow a public vote on a water bond, so six water agencies, headed by the Westlands Water District and the Metropolitan Water District have formed a business consortium called the State and Federal Water Contractors Association (SFWCA). These six will be the primary funders of the $14-16 billion revenue stream needed to build and initially operate the twin tunnels.”

“Is the SFWCA doing this as a service to the people of California? Of course not. Like all financiers, they expect to make a huge profit. Why else invest $14-billion?” asked Wilson.

Wilson said the SFWCA will “make its money back through handling water transfers from northern California reservoirs, water banks and aquifers–or any way they can get it–to sell at auction the the highest bidder, in this case the oil/gas companies inflated prices to the oil companies who will pay any price to get it.”

“Currently in Greely, CO, the water agencies are selling water to farmers for $30 an acre foot while oil companies are paying $3,300.00 an acre foot!” noted Wilson. “Given that water transfers from northern California total about 1,200,000 acre feet a year, the SFWCA, at that rate, would earn almost $4-billion a year! Not a bad return on investment!”

“And here’s how they’ll do it: let’s say some northern California water bank wants to sell 500 acre feet of water,” he explained. “That water is then released into the Sacramento River north of the Capital City. At the same time, one or all three of the twin tunnel intakes on the Sacramento River near Hood will suck 500 acre feet out of the river and into the twin tunnels to be pumped south to the SFWCA.”

“Note that no ‘additional’ water has been taken out of the Delta and the transfer is consistent with the State Water Code which mandates that we ‘reduce reliance on the Delta,’” said Wilson.

Increasing numbers of environmentalists, Indian Tribe members, fishermen, family farmers and Delta advocates are coming to similar conclusions to Scow and Wilson that the water planned for export through the Delta tunnels will be used to expand fracking.

In a big scandal largely ignored by the mainstream media, Catherine Reheis-Boyd, President of the Western States Petroleum Association, not only chaired the Marine Life Protection Act Blue Ribbon Task Force to create so-called “marine protected areas” on the South Coast, but also served on the task forces to create “marine reserves” on the North Coast, North Central Coast and South Coast.

The oil industry claims fracking is environmentally sound and already regulated. In an op-ed in the San Francisco Chronicle on May 12, Reheis-Boyd claimed, “In truth, hydraulic fracturing has been used in California for 60-plus years, is not destructive and has never been linked to any environmental harm here. The process is and has been closely regulated. California's well construction and testing regulations that protect our groundwater are the strictest in the nation." (http://www.sfchronicle.com/opinion/article/Fracking-has-viable-future-in-California-4506267.php)

On the other hand, fracking opponents say hydraulic fracturing is environmentally destructive, since it uses huge volumes of water mixed with sand and dangerous chemicals to blast open rock formations and extract oil and gas, as exposed in the film documentaries Gasland and Gasland II. They note that the controversial technique has been used in hundreds and perhaps thousands of California oil and gas wells, but it's currently unregulated and unmonitored by state officials.

An investigative piece by Mike Ludwig at http://www.truthout.org on July 25 has confirmed that federal regulators approved at least two "fracking," operations on oil rigs in the Santa Barbara Channel off the coast of California since 2009 without an updated environmental review that critics say may be required by federal law.

These operations were approved as corporate "environmental" NGOs and state officials gushed about the alleged "Yosemites of the Sea" and "underwater parks created in Southern California waters under Reheis-Boyd's "leadership."

Reheis-Boyd apparently used her role as a state marine “protection” official to increase her network of influence in California politics to the point where the Western States Petroleum Association has become the most powerful corporate lobby in California. The association now has enormous influence over both state and federal regulators. (http://www.californiaprogressreport.com/site/lawsuit-filed-against-fracking-oil-lobbyist-says-its-safe)

As the oil industry expands its role in California politics and environmental processes, you can bet that they are going to use every avenue they can to get more water for fracking, including taking Delta water through the planned twin tunnels.
Add Your Comments
Support Independent Media
We are 100% volunteer and depend on your participation to sustain our efforts!