Add an Event
Newswire
Calendar
Features
Home
Donate
From the Open-Publishing Calendar
From the Open-Publishing Newswire
Indybay Feature
Publish to Newswire
Add an Event
Related Categories: California | Central Valley | Environment & Forest Defense | Government & Elections
Alternatives to the tunnels for Governor Brown's legacy?
by Dan Bacher
Wednesday Jul 24th, 2013 8:02 PM
"I have a few less destructive options for him to entertain instead of his legacy enhancing dreams for two giant tunnels under the California Delta, which will probably put the final nail in the coffin of the largest fresh/saltwater estuary on the West Coast and so to a priceless ecological and recreational resource," said Robert Ramsdell. 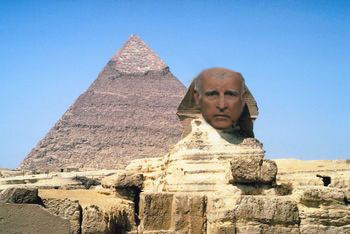 Alternatives to the tunnels for Governor Brown's legacy?

Governor Jerry Brown has made it clear many times over the past couple of years that he wants to build the peripheral tunnels under the Sacramento-San Joaquin River Delta as a Pharaoh-like monument to his "legacy."

During his press conference unveiling the tunnel plan in July 2012, Brown proclaimed, "Analysis paralysis is not why I came back 30 years later to handle some of the same issues. At this stage, as I see many of my friends dying - I went to the funeral of my best friend a couple of weeks ago - I want to get s--t done."

Fortunately, Robert Ramsdell has written to me revealing a creative solution to how Governor Jerry Brown can build a gigantic monument to his legacy without building the enormously costly and environmentally destructive peripheral tunnels.

"The period when a long time pol enters the terminal phase of his career is fraught with danger for the public (and in this case the environment, too). The nearly spent executive is obsessed with his 'legacy' and in the case of Jerry Brown, following in the foot steps of his father, these manias are exacerbated and can be especially hazardous to the common good

For instance: Having already smitten the poor and the elderly with savage budget cuts he has fixed his ambitions for managerial immortality on a grandiose scheme for a cross delta tunnel project, or in popular parlance: The Twin Tunnels of Ecological Doom.

I have a few less destructive options for him to entertain instead of his legacy enhancing dreams for two giant tunnels under the California Delta, which will probably put the final nail in the coffin of the largest fresh/saltwater estuary on the West Coast and so to a priceless ecological and recreational resource.

1. Here is one tried and true legacy booster: a pyramid!

Is there anything more mysterious and awe inspiring than a gigantic triangular pile of rocks pointing at the sky? And the effect can be enhanced further by rooms and tunnels cunningly designed into the structure. Maybe even a likeness of Linda Ronstadt (circa 1976) could be painted on the walls of some of the tunnels or a statue of her included in one of the torch lit rooms.

2. A stone likeness or monument (com'mon Jerry, at least think about it!)

3. A cathedral! Right religion for the Governor and it could only improve the sky line of Sacramento."

Robert has some superb ideas on how Brown can build a giant monument to his legacy while at the same time not endangering the Delta, Central Valley salmon and Delta fish populations, family farmers and the common good like his peripheral tunnel project will do.

My personal favorite is a Pharoah-like pyramid, especially one with a likeness of Linda Ronstadt, circa 1976, painted on the walls. I would add likenesses and statues of Brown’s biggest campaign contributors, including Stewart and Linda Resnick, owners of Paramount Farms in Kern County.

Since Brown is a big supporter of the oil industry and its lobby, the Western States Petroleum Association, the wealthiest and most powerful corporate lobby in Sacramento, the logos of the association, Chevron, Exxon and other oil companies should be prominently engraved on its walls.

The stone likeness or monument of Jerry Brown or a cathedral would also serve as great alternatives to the Delta tunnels.

The Jerry Brown pyramid, monument or cathedral would be much more welcome additions to the landscape than a massive tunnel project, with its pumping facilities, forebay and afterbay, that would take many years to complete. Not only would they be less costly and have a much lighter environmental footprint than the tunnels, but these works of art would help enhance the City of Sacramento skyline.

Now the only problem is convincing Brown to embrace one of these three alternatives to his legacy rather than building the peripheral tunnels that he so obsessed with constructing.

Delta residents, fishermen, Indian Tribes, environmentalists and a growing number of elected officials oppose the $54.1 billion peripheral tunnel plan because it would hasten the extinction of Central Valley salmon, Delta and longfin smelt, green sturgeon and other fish species.

Under the guise of "habitat restoration," the Bay Delta Conservation Plan to build the tunnels would also take Delta farm land, some of the most fertile on the planet, out of production in order to irrigate corporate mega-farms on toxic, drainage-impaired land on the west side of the San Joaquin Valley.

The tunnels also threaten the Klamath River system, since much of the water destined for the tunnels would come from the Trinity River, the Klamath's largest tributary. The Trinity is the only out of basin water supply for the federal Central Valley Project.

A growing number of people believe that much of the water destined for the tunnels will be used to increase fracking in Kern County and coastal areas.
§Jerry Brown Pyramid
by Dan Bacher Wednesday Jul 24th, 2013 8:02 PM 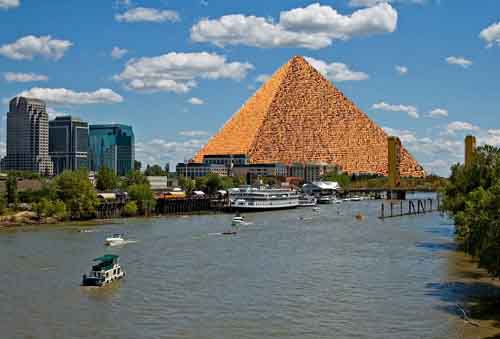 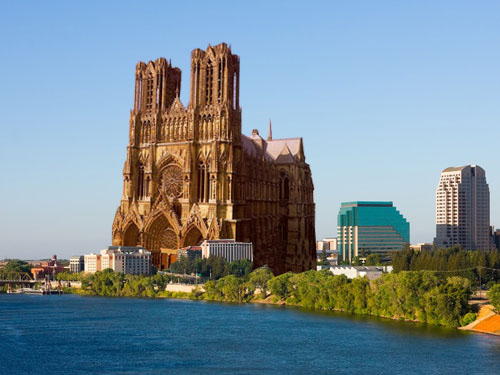 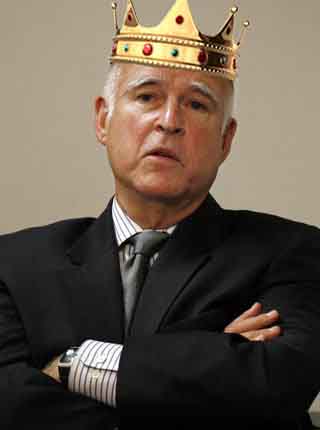