by Mike Rhodes (editor [at] fresnoalliance.com)
The photo below was what I saw as I arrived at the canal bank. The operation was already underway and as far as I could tell, the Fresno Irrigation District crew was destroying everything in this homeless encampment. 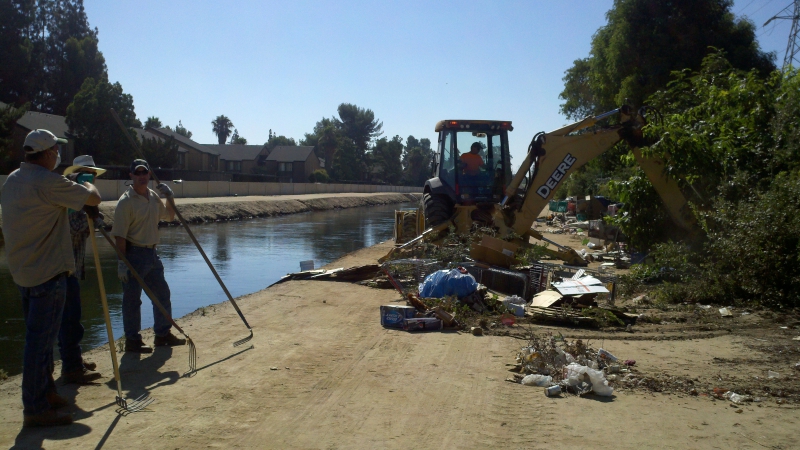 original image (3264x1840)
A small group of homeless people, living on a canal bank near West and Ashlan avenue in Fresno, had their property taken today. Several dogs were also removed by the SPCA.

When I arrived at about 10 a.m. on Wednesday, July 17, 2013 the operation was already well under way. Most of the structures had been pulled out of the protective shrubbery on the southwest side of the canal bank. A bulldozer was busy picking up homeless peoples property and putting in a dump truck.

I asked Murray, who said he was a supervisor for the Fresno Irrigation District, if they were saving any of the property. He said they had not found anything of value yet, but I think my question got him thinking about the implications of their actions. Murray said that they had put notices up informing the homeless people that they were going to “clean up.” I asked for a copy of the notice and he said he didn’t have one.

I walked away for a moment to take some photos and when I came back the driver of the machine with the large claw (see photo above) said “we don’t have time for this shit. Call the police.”

Someone (probably Murray) must have convinced the crew that they better make a show for the press, because then they started going through the shopping carts and putting things aside, which they said they were going to save.

The Fresno Irrigation District frequently destroys homeless encampments. It is rare when someone photographs them in the act. I suspect that it is unheard of that someone would follow up and see if they actually did store any property. Does anyone reading this think I should follow up? 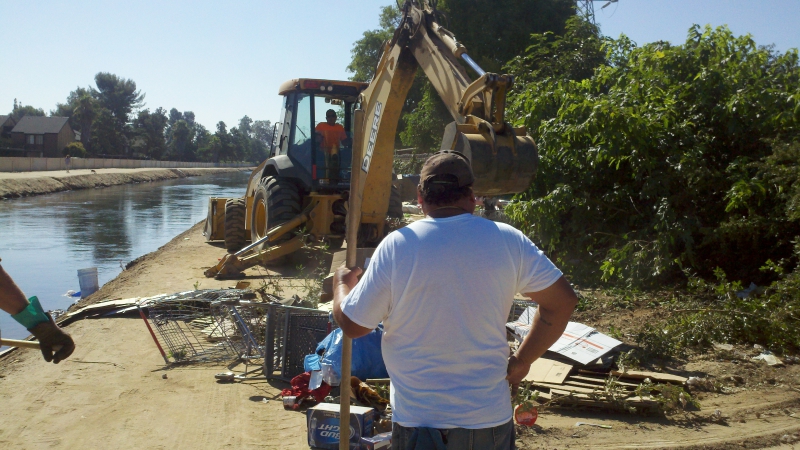 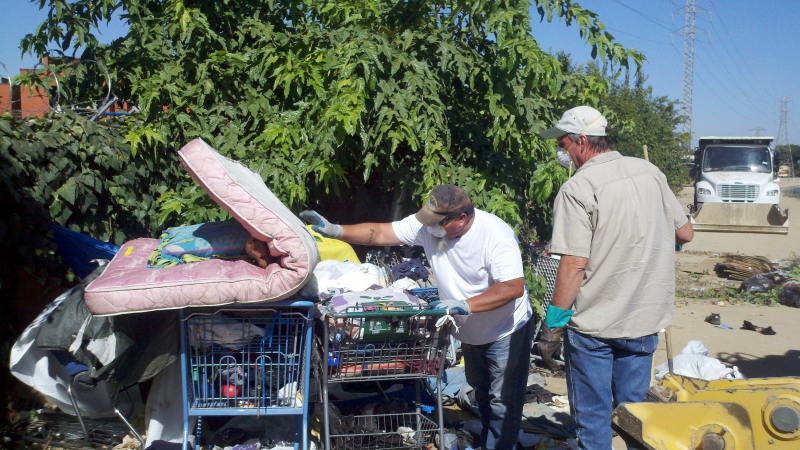 original image (3264x1840)
These shopping carts were eventually pushed to the side. I was told that the property was going to be saved.

END_OF_DOCUMENT_TOKEN_TO_BE_REPLACED
§Shelter from the Storm
by Mike Rhodes 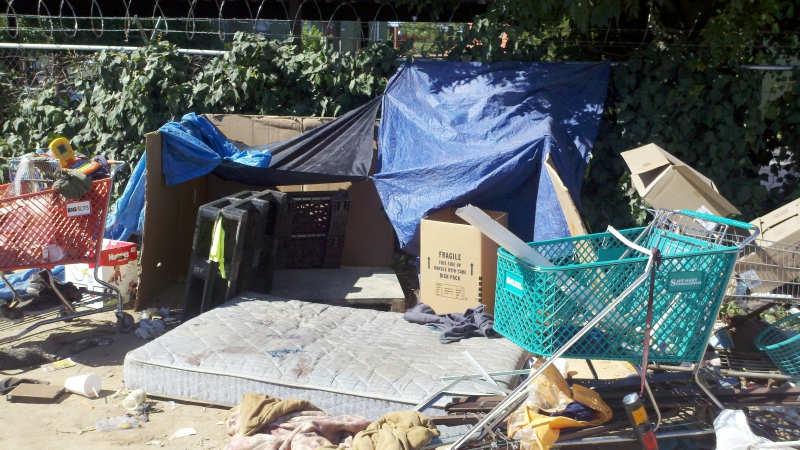 original image (3264x1840)
This homeless shelter had already been gone through by the FID crew, but not destroyed yet. It gives you an idea of the living conditions in this homeless encampment. All photos by Mike Rhodes.

END_OF_DOCUMENT_TOKEN_TO_BE_REPLACED
Add Your Comments
Latest Comments
Listed below are the latest comments about this post.
These comments are submitted anonymously by website visitors.
TITLE
AUTHOR
DATE
The City announced....
Dan Waterhouse
huge event a few months ago about homelessness
noname
I will be mailing this letter on Monday
Mike Rhodes
Interested to know
John
Please, continue the coverage
One who cares
Yes, follow up!
Georgia Williams
Support Independent Media
We are 100% volunteer and depend on your participation to sustain our efforts!