by Alex Darocy (alex [at] alexdarocy.com)
At the July 14 vigil for justice for Trayvon Martin in San Jose, community members met at City Hall then marched to the federal building and around downtown. 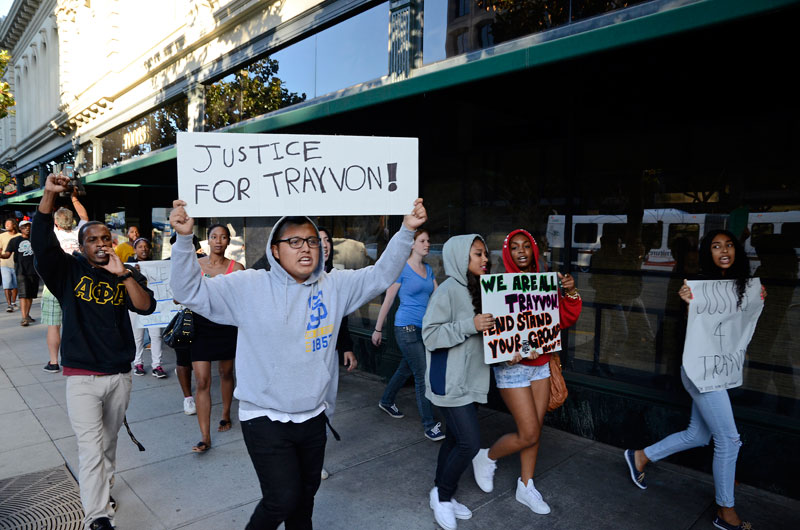 About halfway through the march, approximately eight San Jose Police Department patrol vehicles began to follow the demonstrators, ordering individuals to stay on the sidewalk or they would be cited. When marchers returned to City Hall, officers strapped on large clubs to their belts. Individuals were chanting, "no justice, no peace, no racist police."

It was decided that future demonstrations for Trayvon would be held at San Jose City Hall on Sunday, July 21 at 6pm, and Tuesday, July 16 at 4:30pm, also at City Hall in San Jose. 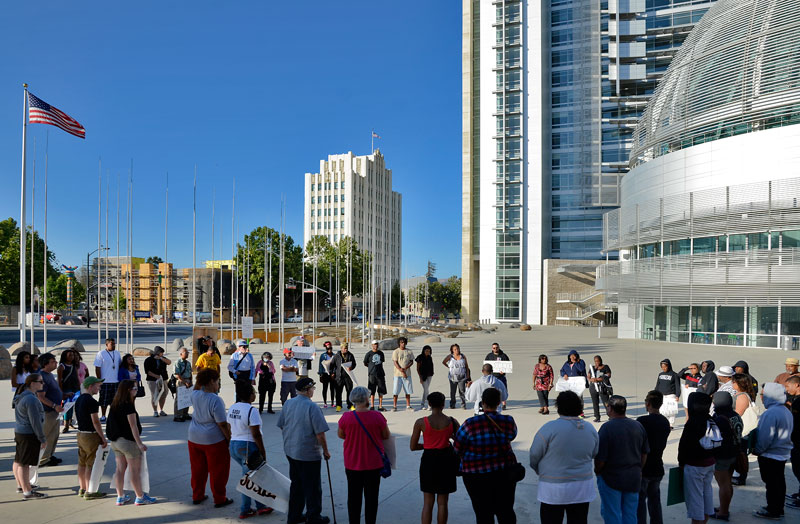 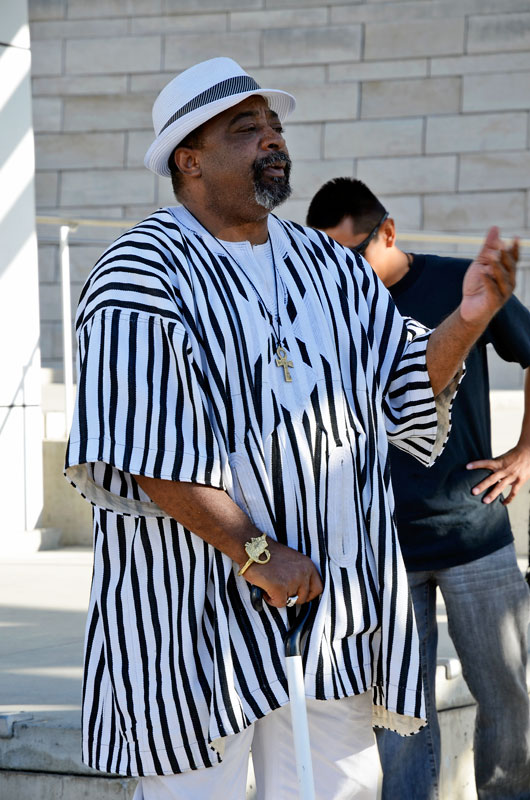 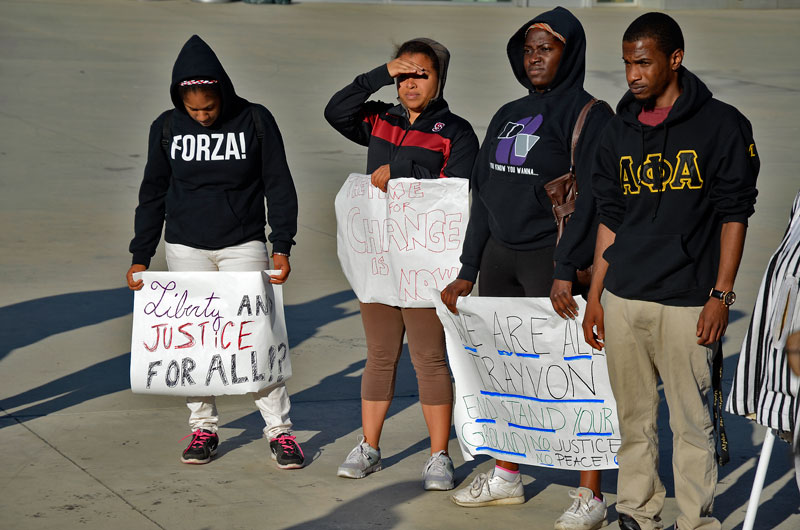 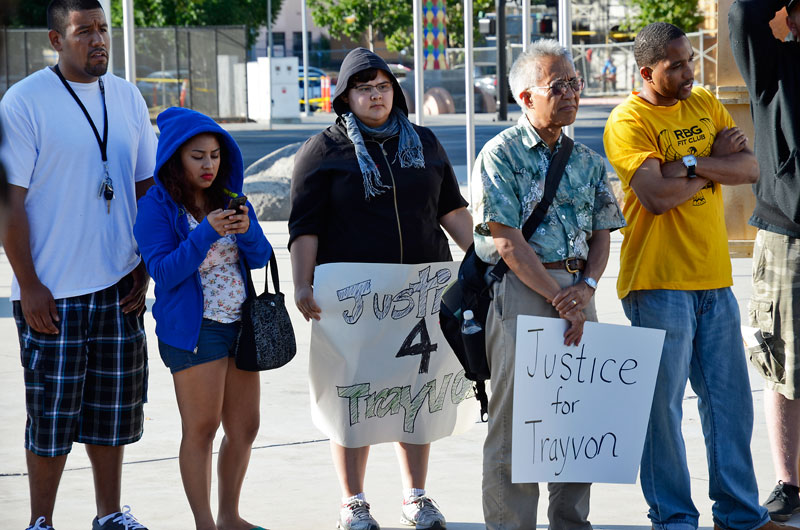 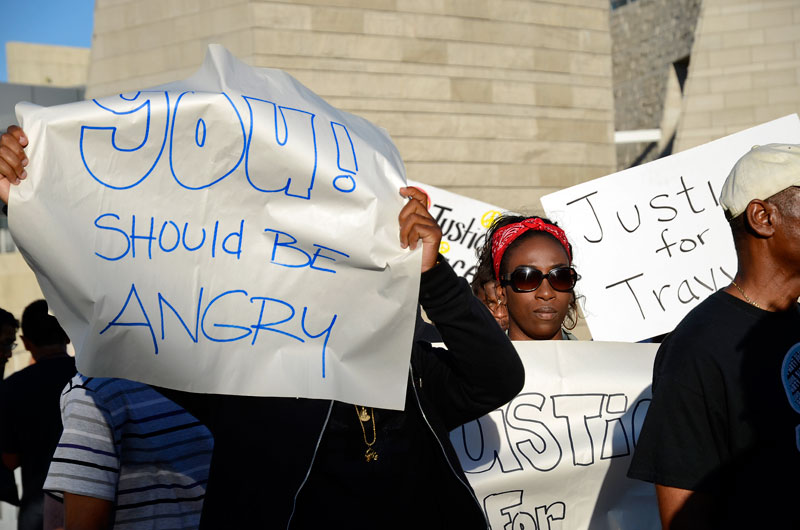 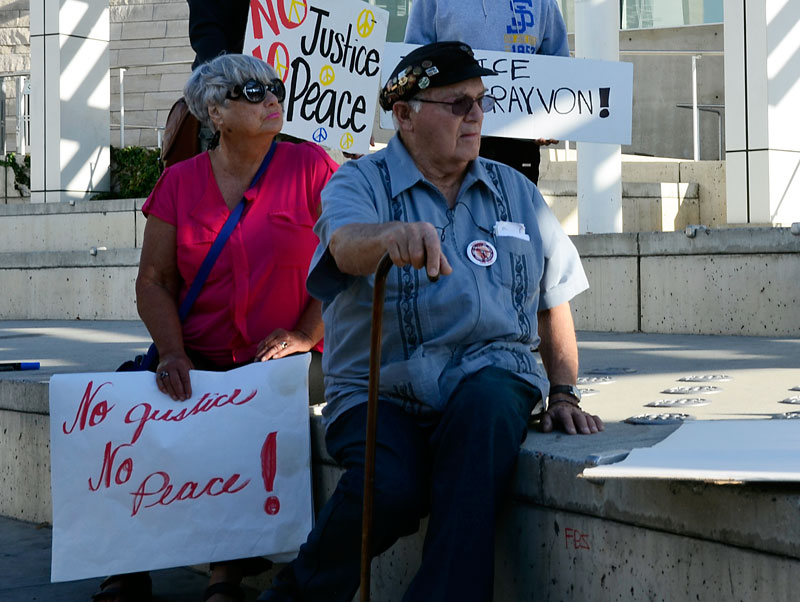 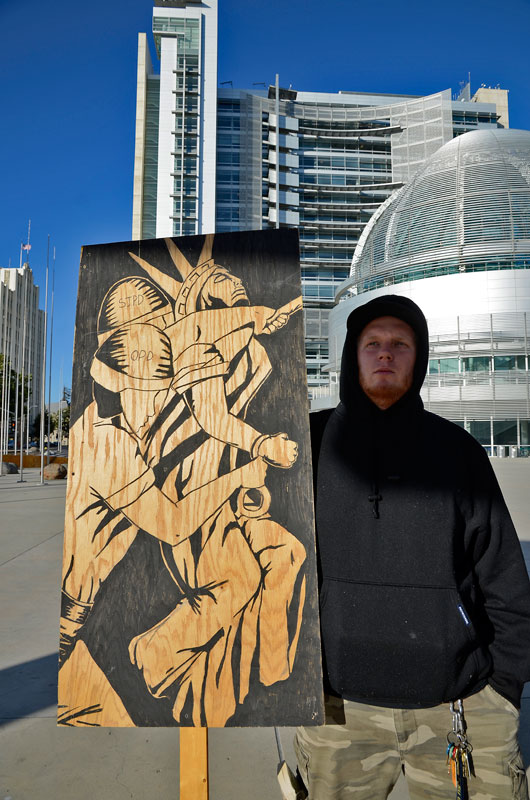 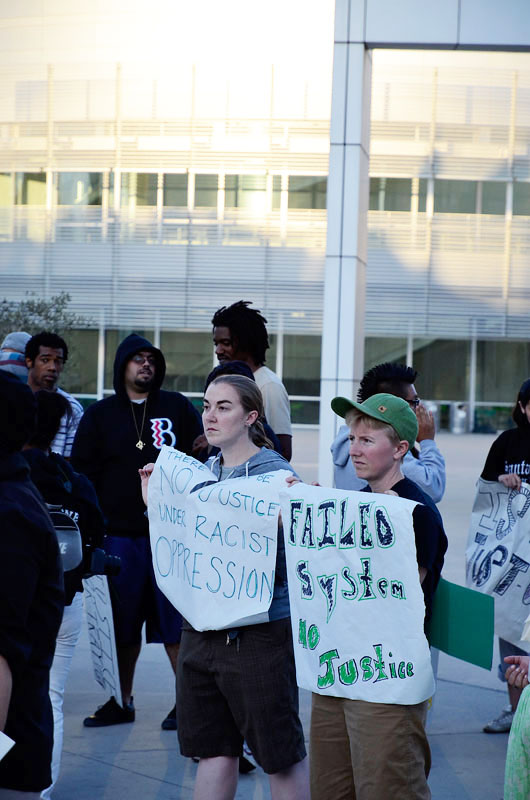 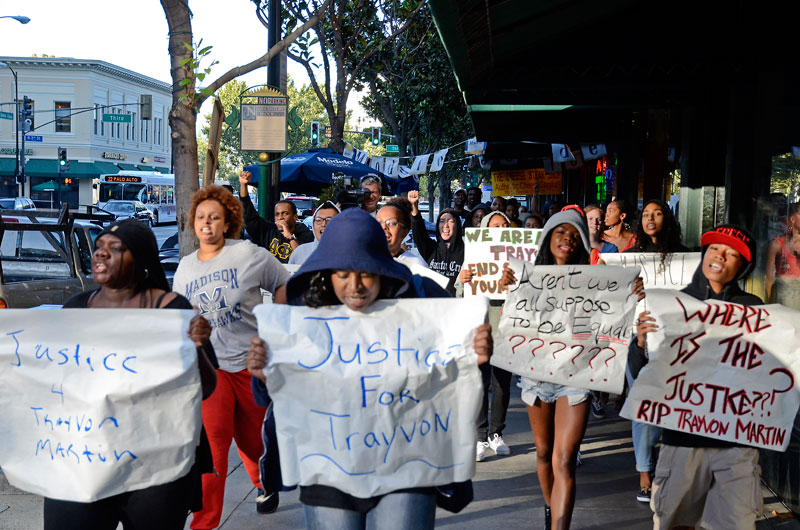 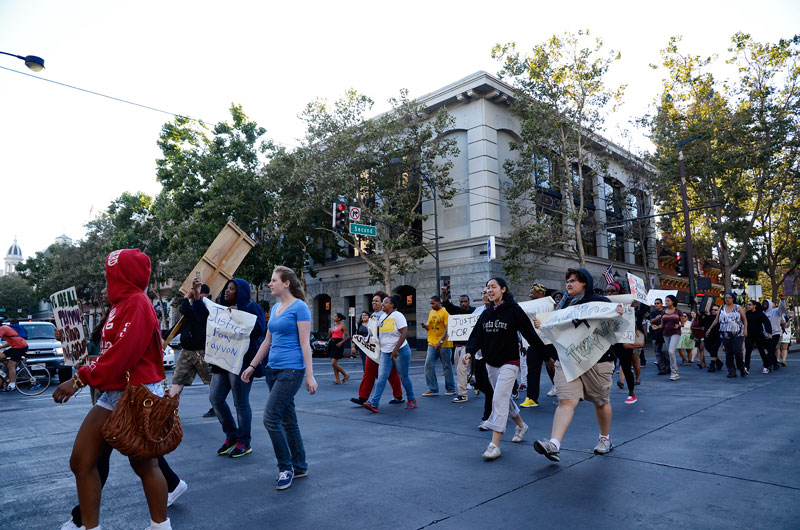 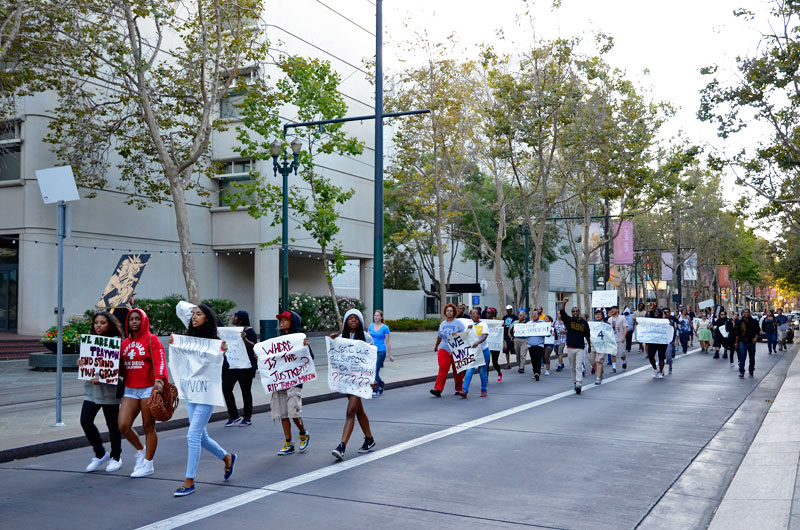 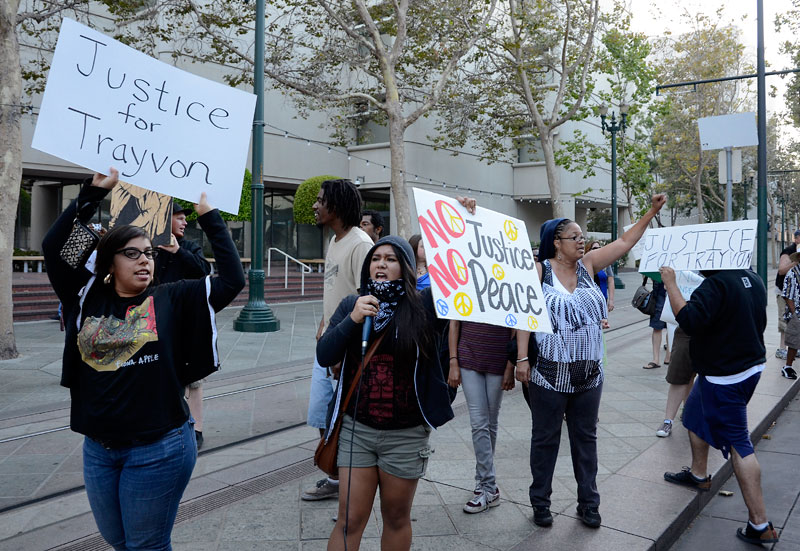 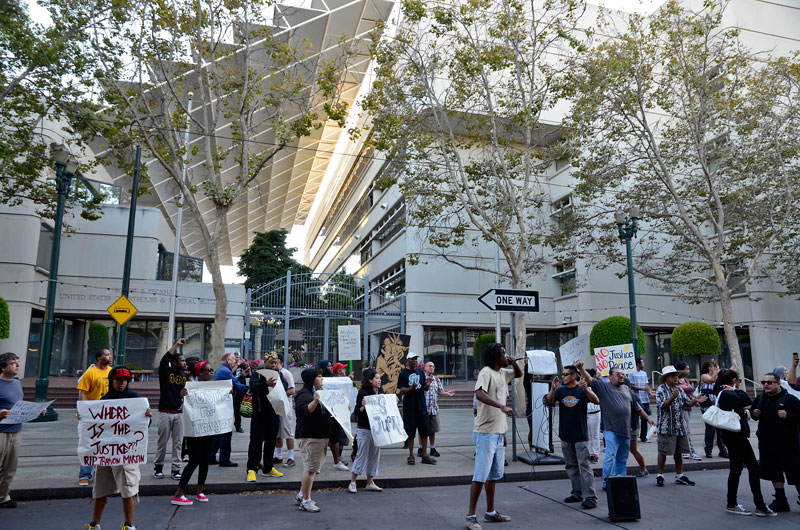 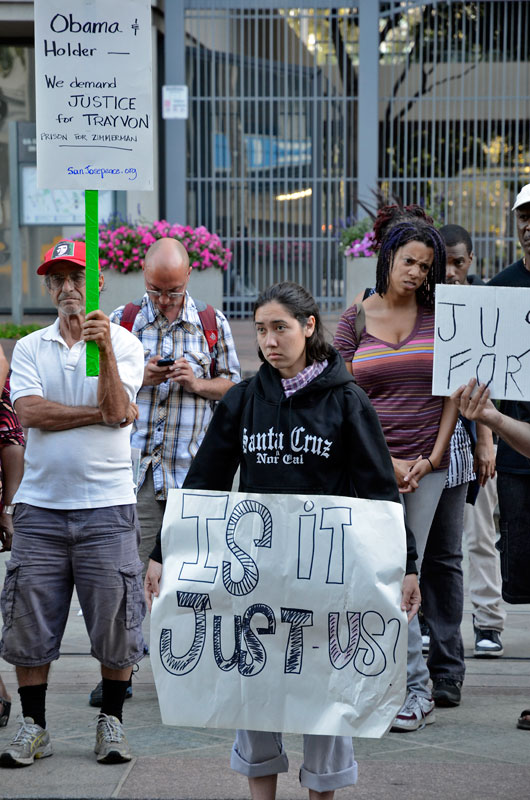 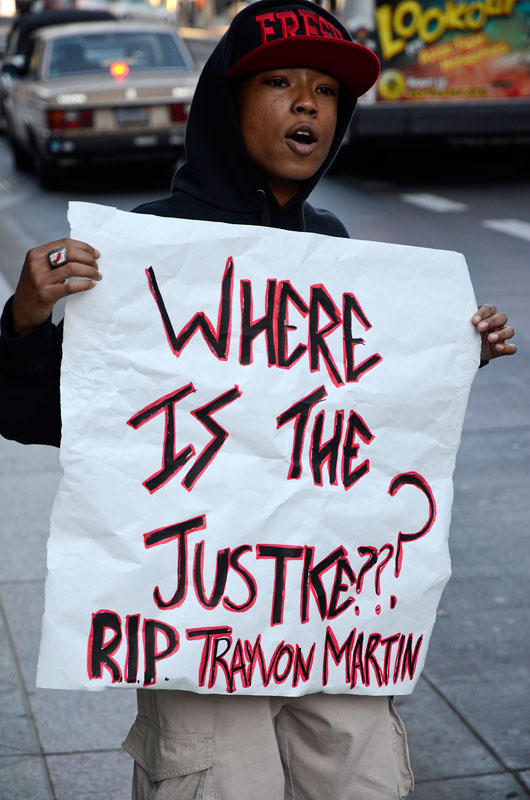 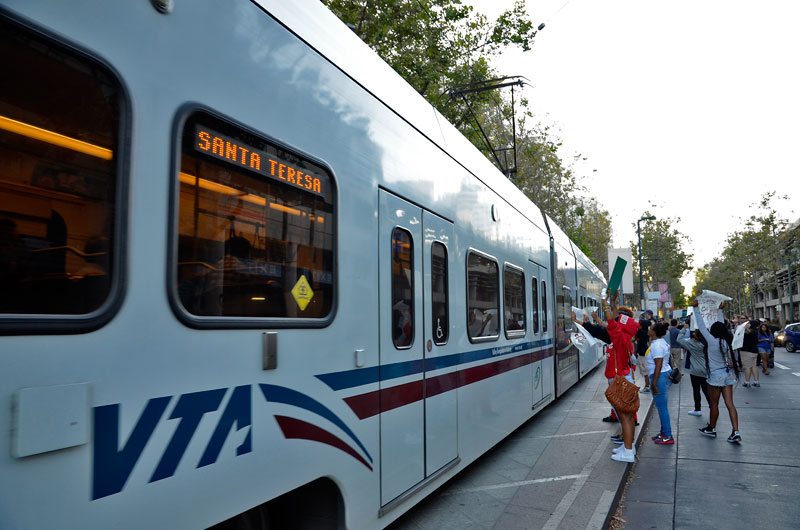 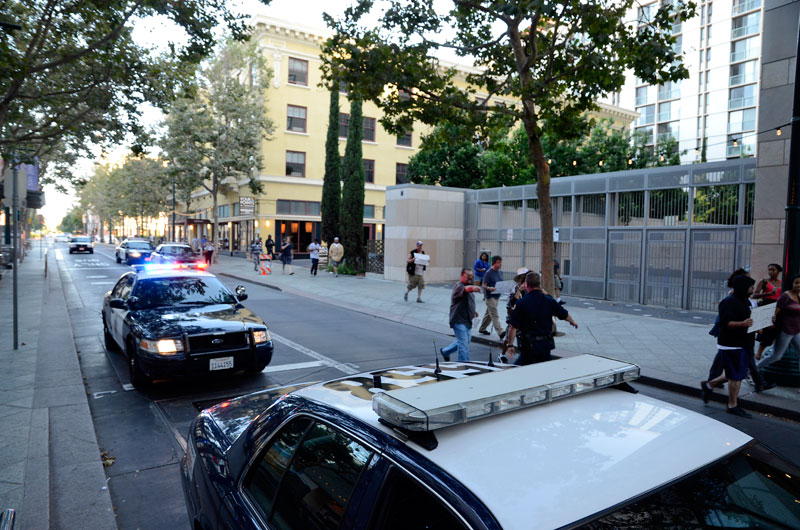 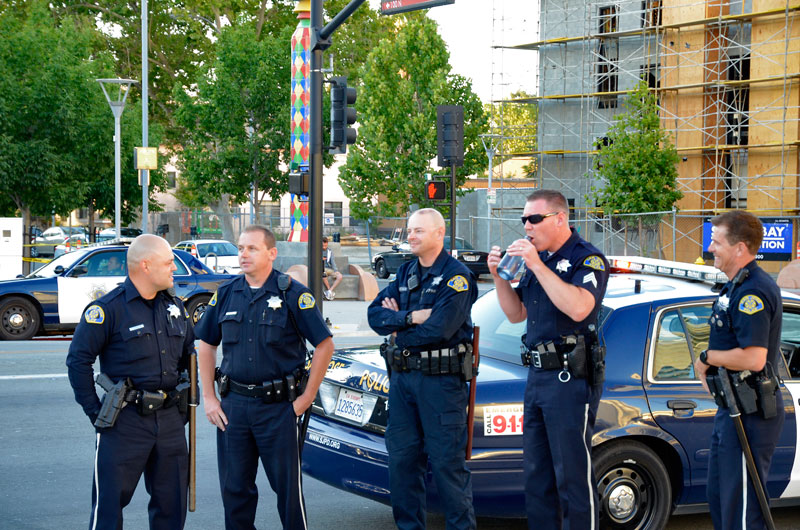 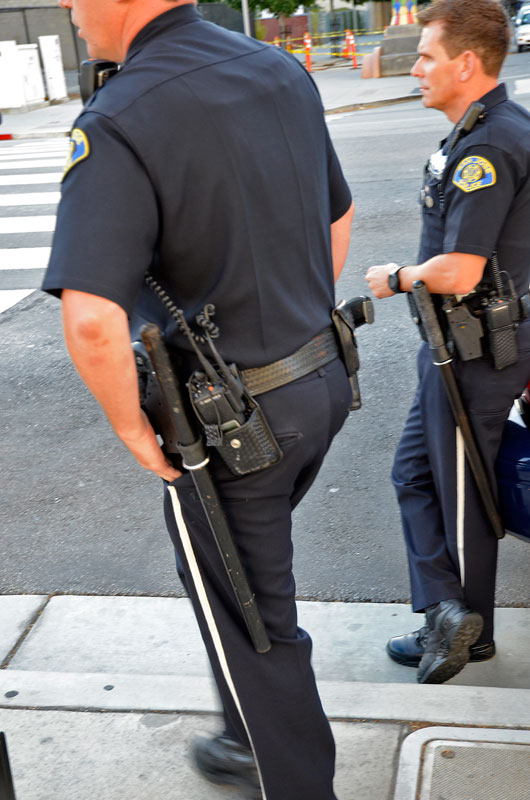 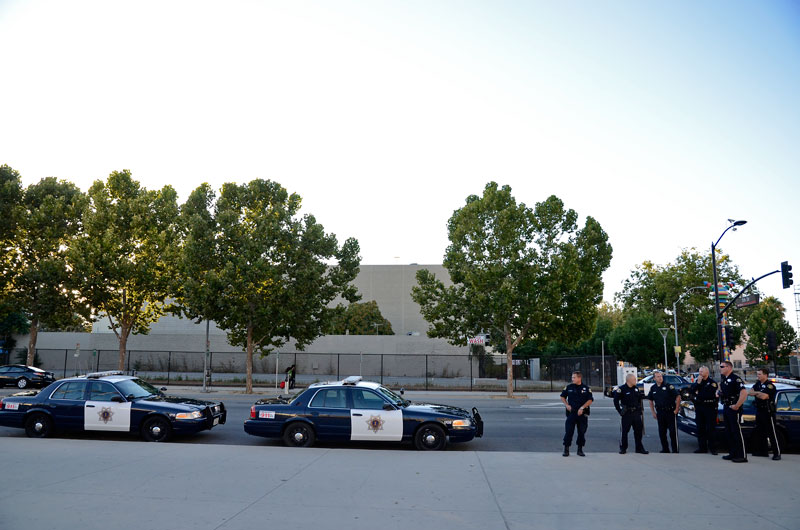 San Jose Police
Add Your Comments
Latest Comments
Listed below are the latest comments about this post.
These comments are submitted anonymously by website visitors.
TITLE
AUTHOR
DATE
waiting
4444444
Support Independent Media
We are 100% volunteer and depend on your participation to sustain our efforts!