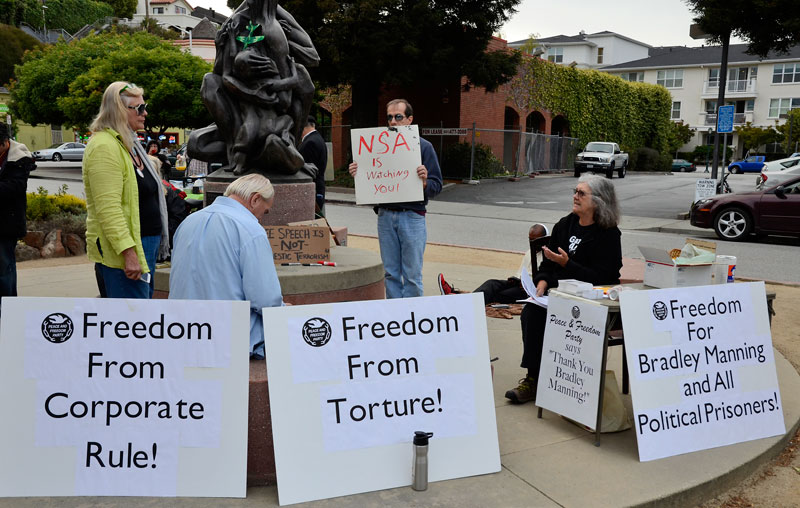 "Protesters in Turkey and Brazil have faced down tear gas, water cannon and rubber bullets simply for trying to assemble. U.S. patriots such as Edward Snowden face jail time and possibly torture if captured, while political activists are spied on and monitored merely for criticizing the U.S. government, banksters and multinational corporations," an announcement for the event read.

"It doesn't matter whether the government is led by reactionary Islamists in Turkey, secular social democrats in Brazil, or conservative Republicans and liberal Democrats in the U.S. The systems they rule over are the same, and serve only the interests of the 1%."

In a bit of street theater, occupy activists conducted an intervention with Uncle Sam (played by Attorney Ed Frey) and confronted him with the fact that he is addicted to oil and corporate money.

The rally was organized by the Turkish Solidarity Working Group, which was formed by Occupy Santa Cruz in June. 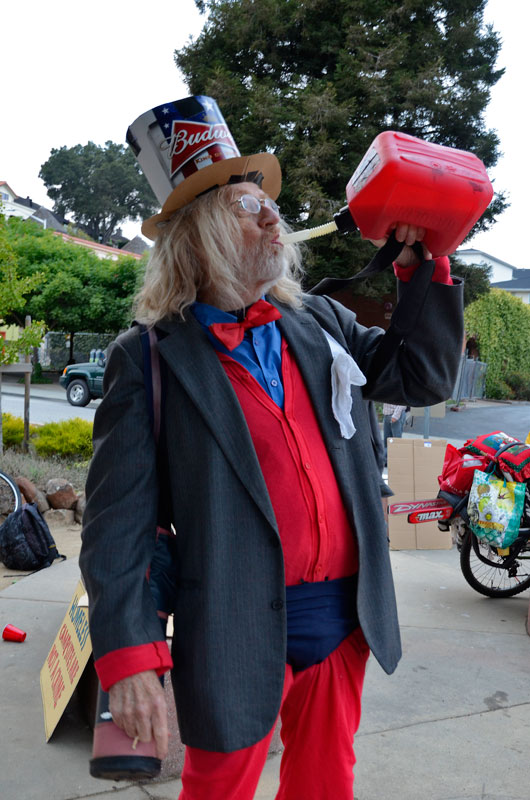 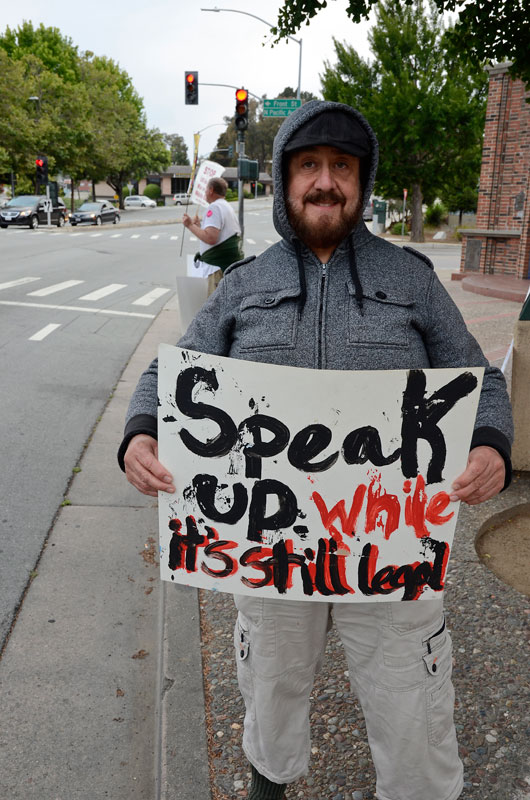 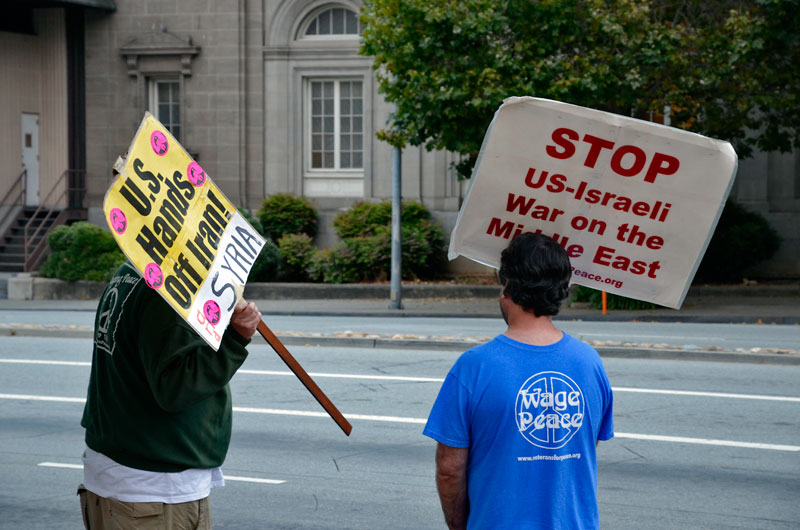 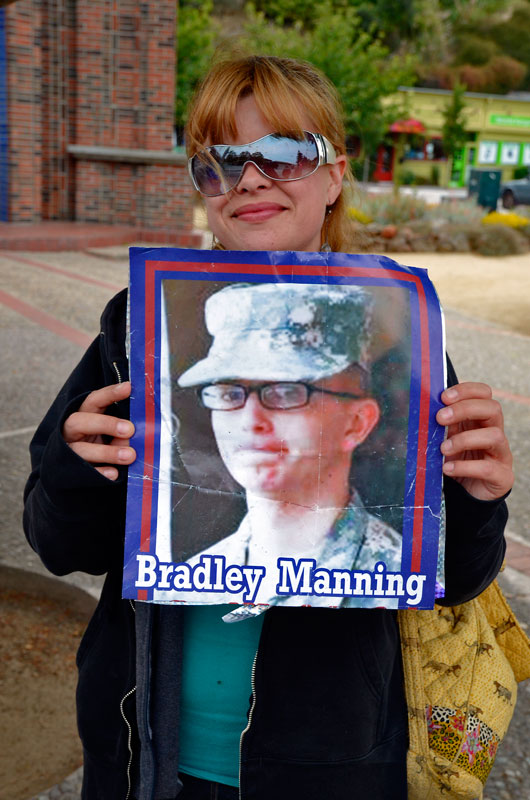 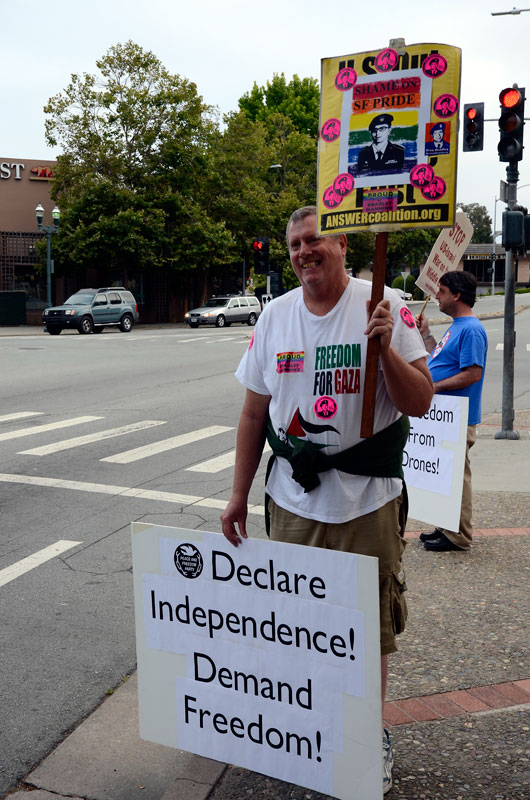 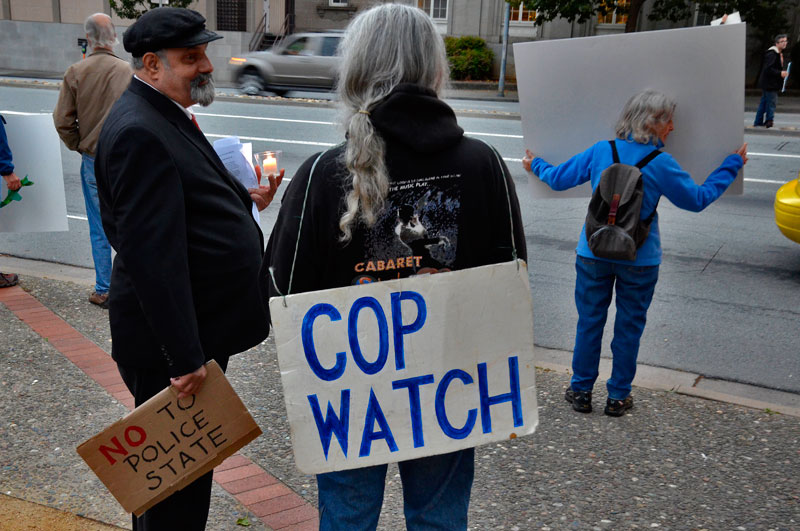 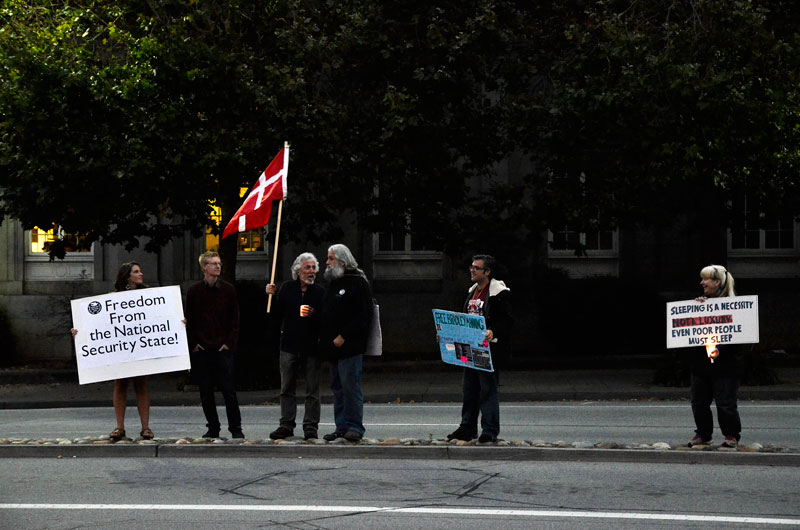 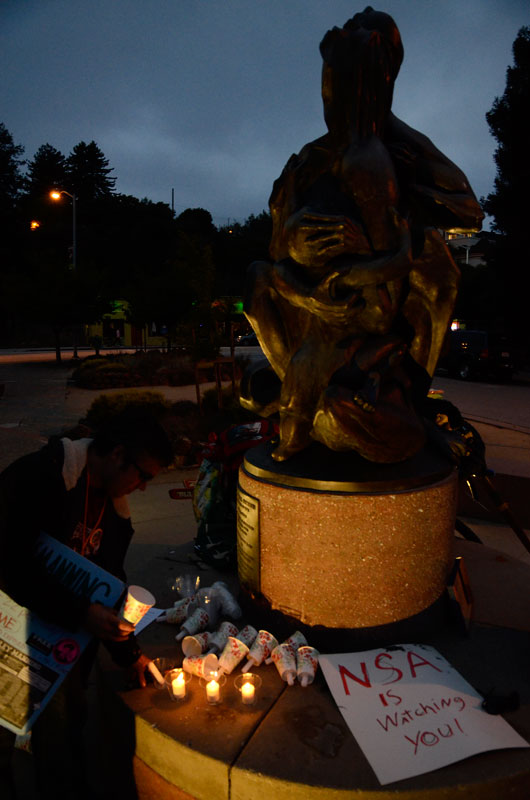 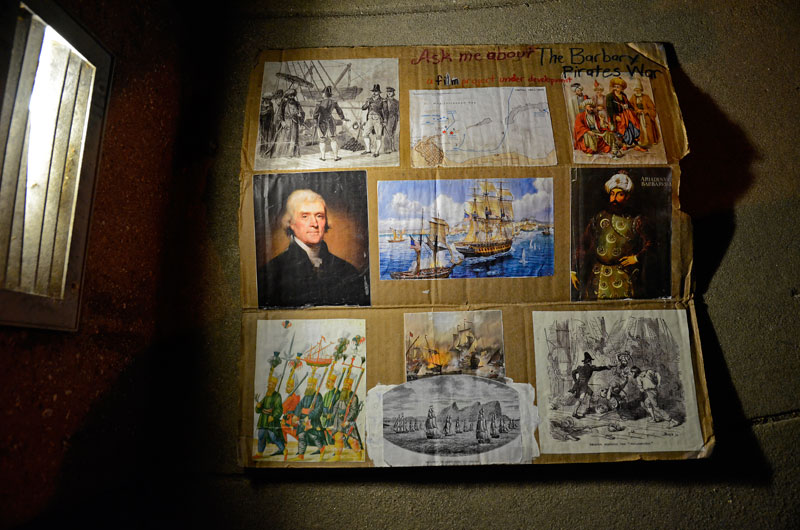