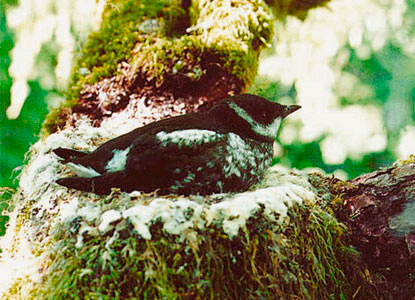 SAN FRANCISCO— The Center for Biological Diversity filed a lawsuit today against the California Department of Parks and Recreation for its failure to protect an endangered seabird, the marbled murrelet, under the new management plan for Big Basin Redwoods State Park in California’s Santa Cruz Mountains.

Today’s suit, filed in California Superior Court in Santa Cruz county, challenges the department’s plans to expand visitation and visitor facilities in or near essential nesting habitat, which the department admits will cause significant harm to marbled murrelets. The seabirds already face a high risk of extinction in the Santa Cruz region, in part because human trash is unnaturally increasing populations of ravens and other nest predators that eat murrelet eggs and chicks.

“Time’s running out for murrelets in the Santa Cruz Mountains,” said Shaye Wolf, a Center biologist. “State Parks should have committed to helping these beautiful little birds survive — if this misguided plan goes forward, it will likely push them closer to extinction.”

Big Basin Redwoods State Park provides the largest remaining stand of old-growth nesting habitat for marbled murrelets in the Santa Cruz Mountains. Murrelets in Big Basin have been declining, and nest predators such as common ravens and Steller’s jays are a primary threat. Because of poor management of food waste from campgrounds and picnic areas in essential murrelet nesting habitat, jays and ravens have reached unnaturally high densities — 10 to 20 times higher than normal — and these birds eat the murrelets’ eggs and young, so that the murrelets are unable to raise enough chicks to sustain the population.

The Big Basin management plan, adopted last month, is likely to increase food waste for nest predators by increasing overall visitation and adding new camps, trails, housing and parking areas in or near murrelet nesting habitat. The department acknowledged that the plan will have “significant” negative impacts on murrelets, but failed to require binding measures recommended by murrelet scientists to avoid or reduce these harms.

In adopting the plan, the parks department rejected two environmentally preferred alternatives that would have reduced threats to murrelets by shifting some facilities from important nesting areas to less sensitive areas of the park.

Today’s lawsuit challenges the Big Basin plan’s violation of the California Environmental Quality Act and the California Endangered Species Act for failing to properly consider alternatives or require mitigation measures to avoid or reduce harms to the murrelet and its habitat. The Center is represented by the law firm Chatten-Brown & Carstens.

“It’s really unfortunate that State Parks rejected an important opportunity to protect these amazing seabirds along with protecting visitors’ recreation opportunities,” said Wolf. “We need more than vague promises. Park managers have to start taking the murrelet’s plight seriously and commit to taking action, or these birds are likely to disappear from the Santa Cruz Mountains forever.”

Background
Marbled murrelets are one of California's most unusual seabird species, flying from the ocean to the depths of the coastal ancient redwood forests to nest on the wide branches of giant redwoods and firs, where they lay a single egg on the thick, mossy branches. Marbled murrelets have been called the “enigmas of the Pacific” because their nesting sites were elusive for more than a century.

The marbled murrelet is listed as endangered under the California Endangered Species Act and threatened under the U.S. Endangered Species Act. The southernmost murrelet population in the Santa Cruz Mountains has already lost 95 percent of its old-growth habitat to logging, and most remaining habitat is found within three state parks: Big Basin, Portola and Butano. The Santa Cruz Mountains murrelet population has declined significantly in recent decades, and is currently estimated at about 450 birds.

In 1974 at California’s Big Basin Redwood State Park, the marbled murrelet — the “enigma of the Pacific” — won the distinction of being the last bird species in the United States to have its nesting site discovered. This came on the heels of more than a century of searching by early ornithologists for the elusive murrelet “nest.” Actually, though, rather than building a nest, this seabird travels inland as much as 50 miles to lay a single egg high in the old-growth forest canopy, which it depends on for survival. But as old-growth forests have declined, so too has the murrelet, with commercial logging — followed by climate change, oil spills, and entanglements in gillnets — representing the greatest threat to the species.

For years, the Center has defended the marbled murrelet from its top threat: In 2005, we filed suit against a logging company and the state of California for harming the bird and its forest home, and in February 2008 we succeeded in halting a timber-industry attack on the bird’s Endangered Species Act status — a lawsuit to remove protections based on a finding that was scientifically flawed due to political interference under the Bush administration. We halted another attack in 2013, as well as filing a lawsuit against the California Department of Parks and Recreation for its failure to protect the murrelet under a new management plan for Big Basin Redwoods State Park in California’s Santa Cruz Mountains.

But the marbled murrelet wasn’t out of the woods yet — in the metaphorical sense, that is. The Fish and Wildlife Service found merit in a timber-industry petition to remove the bird’s protections based on the same unscientific finding proved tainted in February 2008. Fortunately, after the Center and a coalition of conservation partners demanded that the Service uphold the murrelet’s protections, in June 2009 the agency released a report finding that murrelets in Washington, California and Oregon still need federal safeguards, due mostly to the extensive logging of their Northwest old-growth habitat. We’ve requested that the Service upgrade the bird’s status and expand protections to include more of the species’ dwindling populations, and we continue to defend those populations from logging. In May 2012, we and allies filed a lawsuit charging that Oregon’s clearcutting practices illegally harm marbled murrlets within the Tillamook, Clatsop and Elliott state forests. In November of that year, the state of Oregon suspended logging on 914 acres of old-growth murrelet habitat on the Elliott. A judge has halted logging on all three forests until our case is resolved.


The Center for Biological Diversity is a national, nonprofit conservation organization with more than 500,000 members and online activists dedicated to the protection of endangered species and wild places. 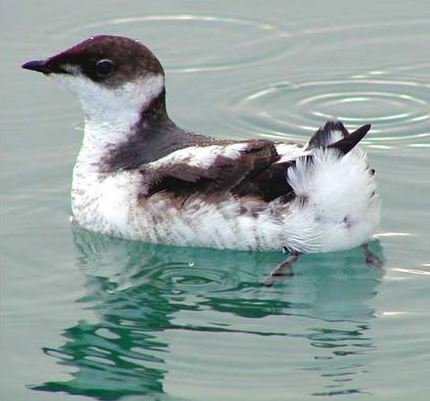 Marbled Murrelet
Add Your Comments
LATEST COMMENTS ABOUT THIS ARTICLE
Listed below are the latest comments about this post.
These comments are submitted anonymously by website visitors.