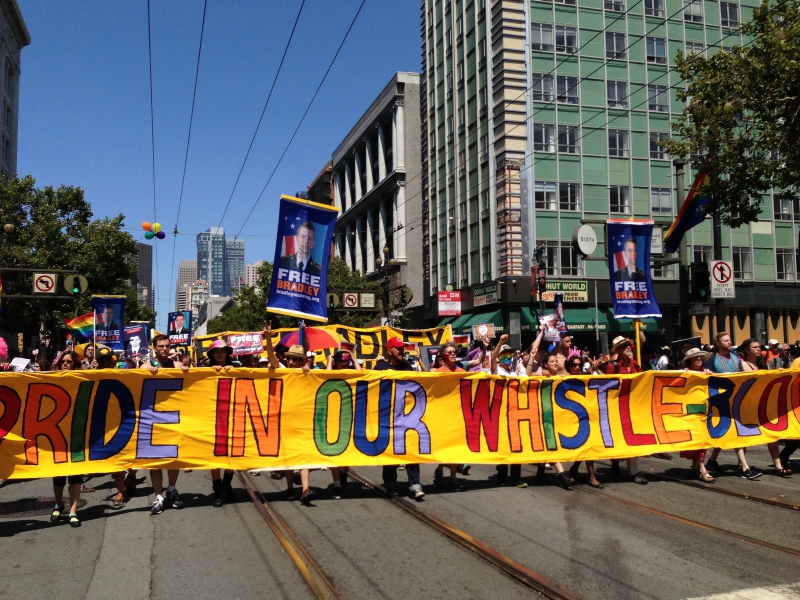 This summer PFC Manning’s legal outcome will be determined. Manning contingent marchers came out in participation not only to support Manning but to challenge an entire system of oppression. They said that LGBTQ liberation is integrally tied to the collective liberation of all oppressed groups.

Distressed that the SF Pride Board publicly maligned and rescinded Manning as a Grand Marshal of the parade, members of the San Francisco LGBTQ, military veteran, and activist community named Bradley Manning the 2013 San Francisco Pride People’s Grand Marshal. Observers said it looked like a thousand or more marched in the contingent. 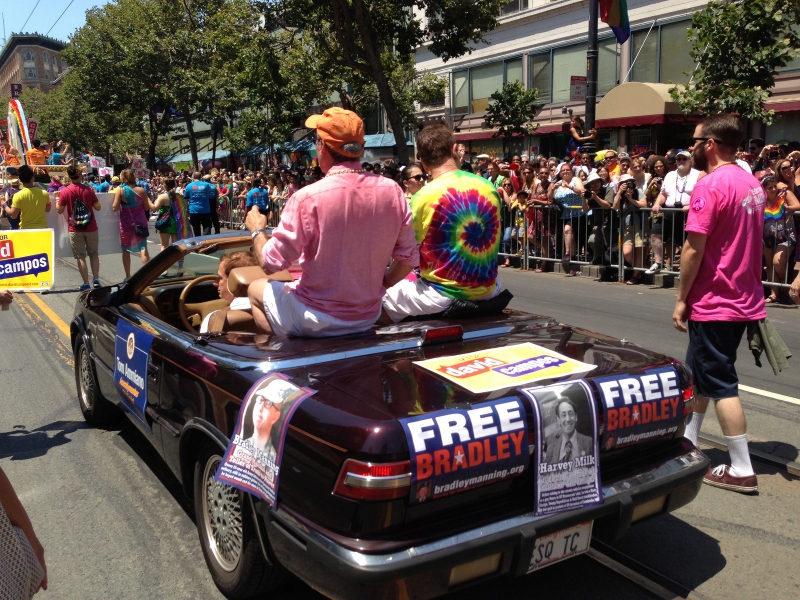 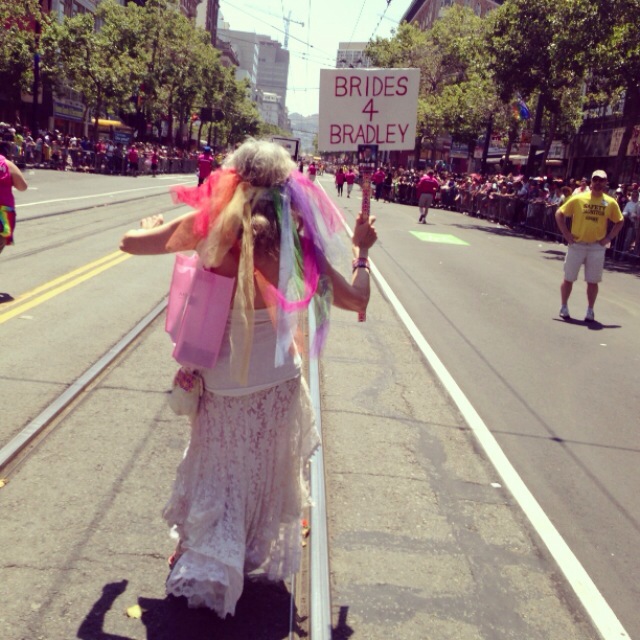 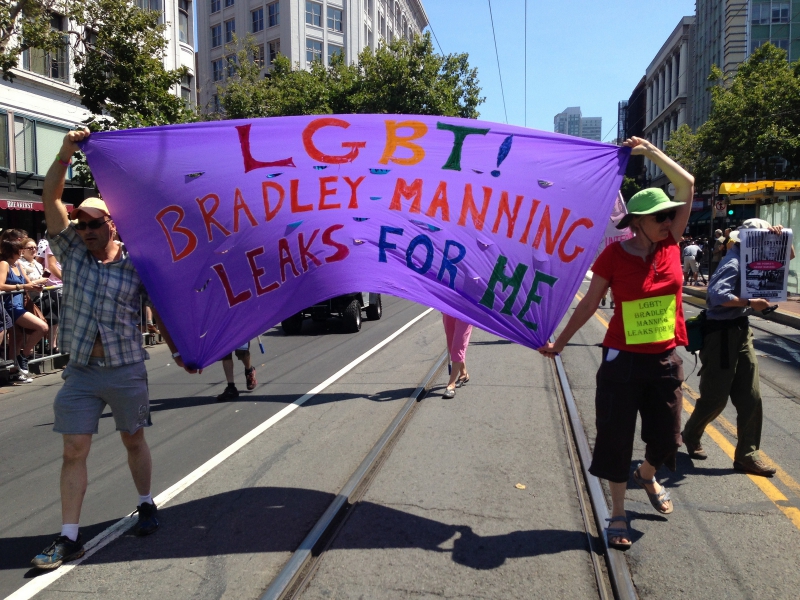