How Philadelphia's Police and DA actively manufactured Mumia's guilt, and suppressed his innocence

with Rachel Wolkenstein, lawyer for Mumia, legal consultant on this film

IN THE BAY AREA!

and a Member of Mumia's Family

INNOCENT:  the Case of Mumia Abu-Jamal

How Philadelphia's police and DA actively manufactured Mumia's Guilt, and suppressed his innocence

Both events will appear on the LaborFest calendar

Sponsored by: The Labor Action Committee To Free Mumia Abu-Jamal (LAC), and Oakland Teachers for Mumia

§Mumia's brother Keith Cook will also be speaking - plus new flyer to help get the word out
by Labor Action Committee To Free Mumia Friday Jun 28th, 2013 5:37 PM 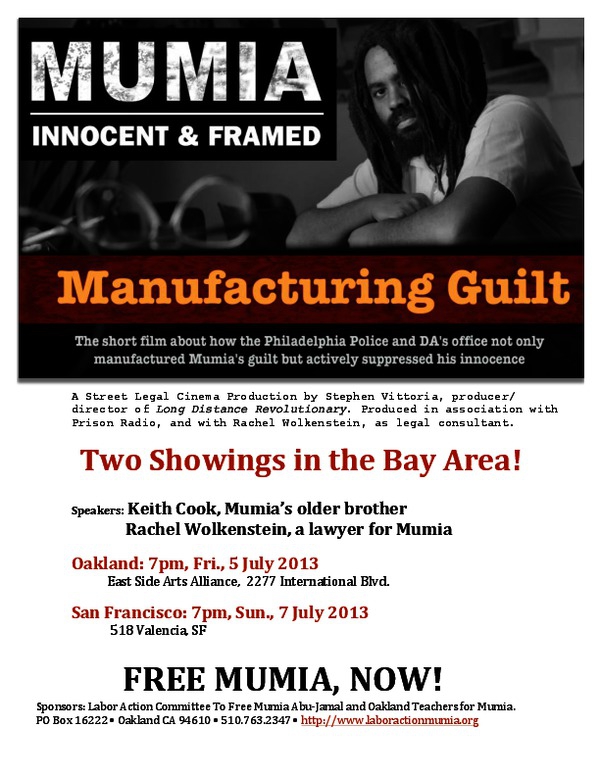 Download PDF (149.8KB)
Keith Cook, Mumia's older brother will also be speaking at this event.
Add Your Comments
Support Independent Media
We are 100% volunteer and depend on your participation to sustain our efforts!