Add an Event
Newswire
Calendar
Features
Home
Donate
From the Open-Publishing Calendar
From the Open-Publishing Newswire
Indybay Feature
Publish to Newswire
Add an Event
Related Categories: San Francisco | Environment & Forest Defense | Global Justice & Anti-Capitalism | Police State & Prisons
Hayes Valley Farm Raided by Police (with photo essay)
by by Sam the Gardener
Friday Jun 14th, 2013 2:16 AM
The Hayes Valley Farm Occupation & Treesit was raided by police on Thursday at 1:30 in the morning. A solidarity march has been planned for 6pm Friday. Below this article is a photo essay, with images taken at the occupied farm 2 days before the police raid. 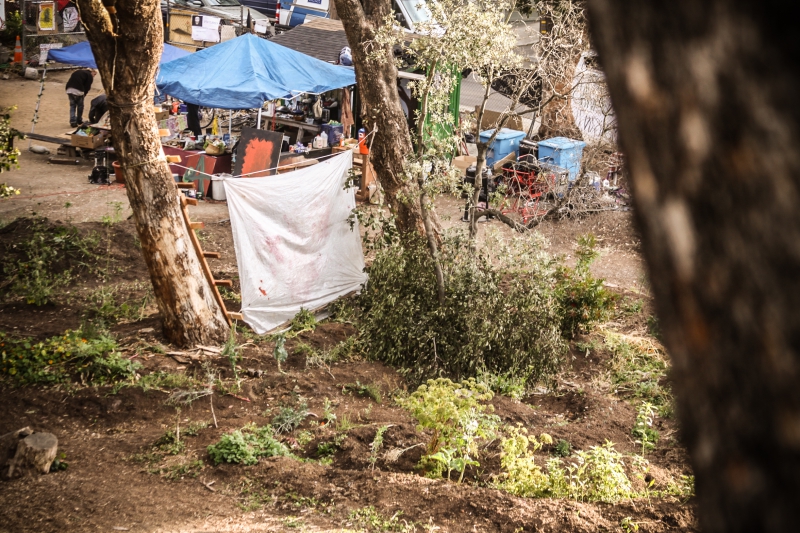 original image (2352x1568)
At 1:30am on Thursday morning, 7 people were arrested in a police raid of the Hayes Valley Farm Occupation & Treesit.

Protestors claim that police used unnecessary force during the raid.

One protester suffered a black eye, and another was injured when his face was stepped on by the boot of a police officer, as reported in the SF Examiner.

Additionally, one protester suffered minor injuries while jumping from a tree.

The occupation & treesit began on June 1st following the announcement that the land had been sold by the city to Wall-Street-based real estate corporation AvalonBay (AVB), which controls over 80,000 "high-end" housing units throughout the United States.

AVB plans to transform the property into a 182-unit housing complex.

The property, which is located at Hayes Street and Laguna, once held a freeway onramp. The onramp was partially dismantled after the 1989 Loma Prieta Earthquake, and for more than 2 decades the land lay unused.

Three years ago, the city agreed to let the property to be transformed into a temporary community garden.

The property contains 45,000 square feet of gardenable space, and has been home to 150 fruit trees and over 2000 plants, according to the SF Permaculture Guild's website.

Although the SF Permaculture Guild previously managed the property, the Guild is not associated with the protests. Rather, these protests have been organized by individuals acting autonomously.

Some protesters claim solidarity with the current uprising in Turkey, and have dubbed the land "Gezi Gardens." Others claim the space to be the latest evolution of the Occupy Movement.

Many protesters, however, claim that the Hayes Valley Farm Occupation cannot be adequately described by political slogans, but rather, is a manifestation of an emerging post-capitalist culture.

During the 13-day occupation, people from around the world visited the site. A kitchen was constructed where food was freely shared, and protesters assembled a "free store," which was brimming with practical items (jackets, boots, blue jeans), as well as whimsical things (rhinestone belts, tutus, bunny slippers).

A small library hosted a smattering of books, magazines, and newspapers. At any given moment, protesters could be caught reading in the hammocks and sofas scattered throughout the property.

"A festival of resistance," is how one Hayes Valley resident described the occupation. "This is what's real in America, this is culture," said the man, a 30-something who wanted to be identified as Nexis.

Protesters believe that the proposed real estate development would gentrify the Hayes Valley neighborhood, pushing longtime residents from their homes by increasing the cost of housing.

Investors claim that this type of human displacement is "perfectly legal," and that it is okay for people to lose their homes due to "the invisible hand of the market."

Many Americans, however, are no longer convinced by this logic - a logic that allows individuals to be screwed over while big businesses get bailed out.

Many people have expressed the wish to establish a government based on intention, consent, and a well-educated populace.

That is to say: a democracy.

Hayes Valley Farm is a battleground in the struggle between direct-democracy and colonialism, and the fate of the property is deeply intertwined with this struggle.

Century-old trees stand on the property, and many of these tree are believed to host the nests of migratory birds.

Protestors claim that these nests were illegally left out of the Environmental Impact Report (EIR) filed by developers.

"We want to contest the [EIR] with the city," explains Eric Eberman, a longtime resident of the Hayes Valley neighborhood.

Eberman believes that the property also has archaeological significance.

"Human bones from the 1906 San Francisco Earthquake have been pulled from the ground within 100 yards of the site," he explains.

Eberman fears that the developers will hide any artifact they find so to expedite development, lest the real estate bubble burst before the development is finished.

"The ancestors are watching all of this," says Zachary Running Wolf.

Running Wolf claims heritage with the Ohlone Tribe, a group which dwelled in the Bay Area before the European conquest.

"We are occupying to decolonize," says Running Wolf, who has led a boycott against driving for nearly two decades under the banner of "Stop Driving Global Warming."

Despite the efforts of Running Wolf and other environmental advocates, a month ago, the level of CO2 in the atmosphere crept above 400 parts per million.

In Venice, Italy, homes and businesses now fill with water during the high tides.

In the Kashi Hills of India, huge populations are being chased from their homes by rising waters.

In Fairbanks, Alaska, the flesh of 30,000-year-old mammoths can be smelled rotting as the permafrost melts.

We didn't ask for this battle, but it is our inheritance.

This is a struggle for freedom and sustainability. It is a struggle to create a type of society governed by mindfulness & care rather than abstraction & power.

Failure seems inevitable, and yet, failure is not an option.

As the capitalist empire globalizes itself, everything is at stake.

A solidarity rally and re-occupation is planned for Friday (June 14th). Meet 6pm at Patricia's Green (a block away from Hayes Valley Farm at Octavia & Fell Streets). Bring your gardening gloves.

Below is a photo essay with images taken of the farm 2 days before the police raid.

Share the images freely, but please include a credit for Brooke Porter, the photographer.

To view a music video created at Hayes Valley Farm 2 days before the police raid: http://youtu.be/mpknoQxXbO8 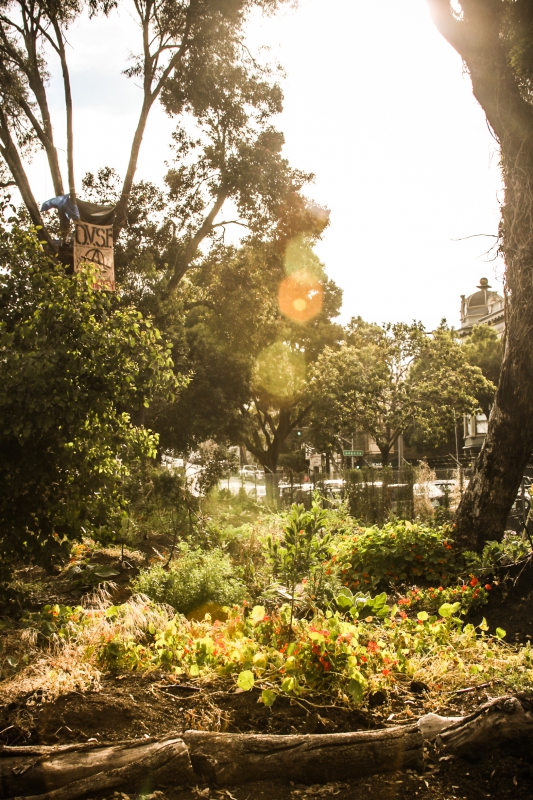 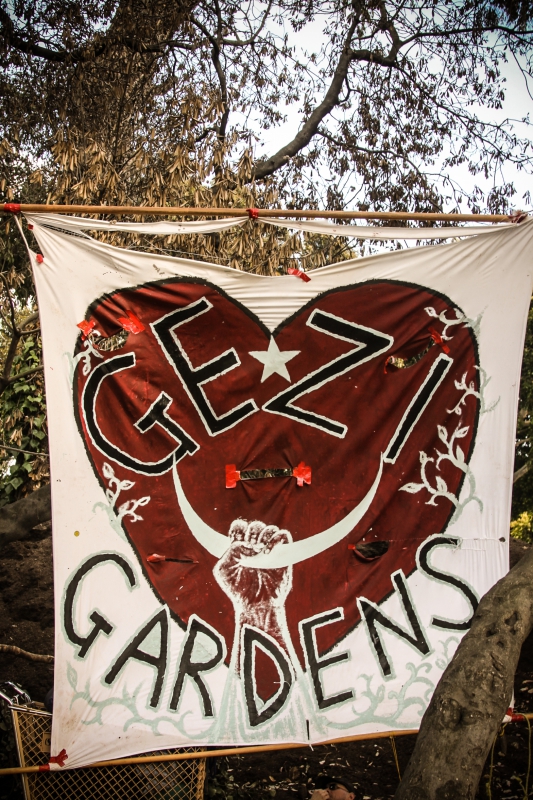 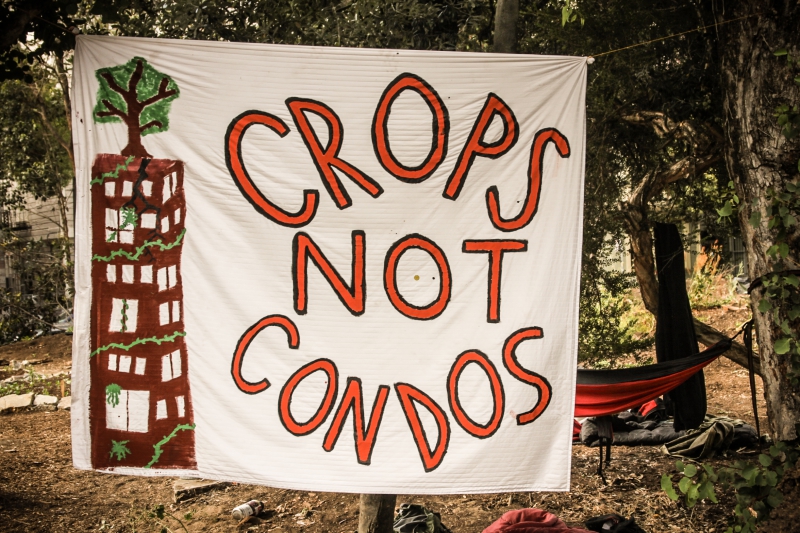 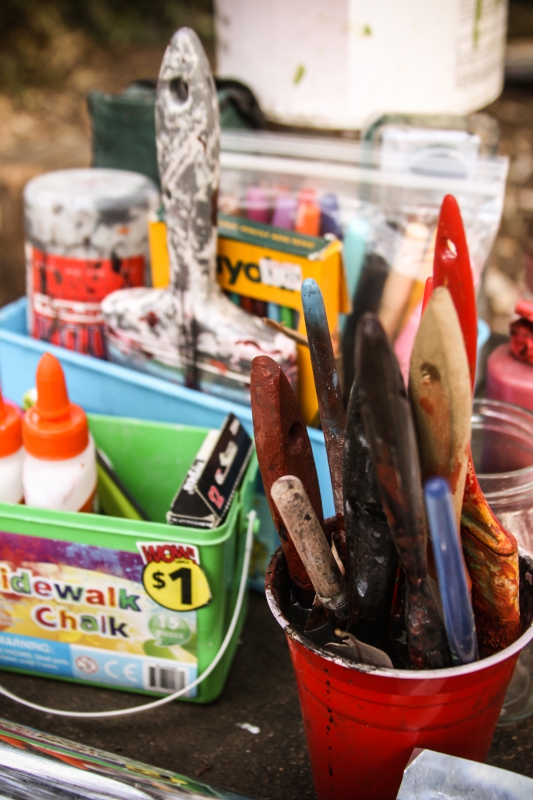 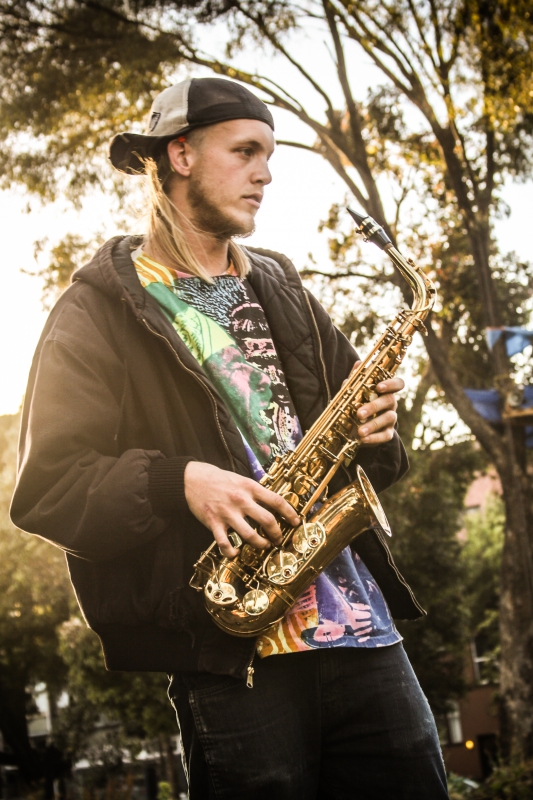 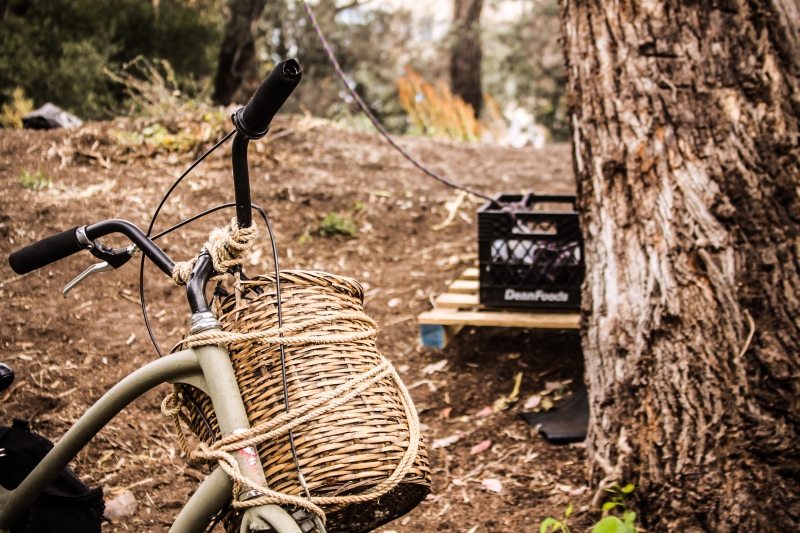 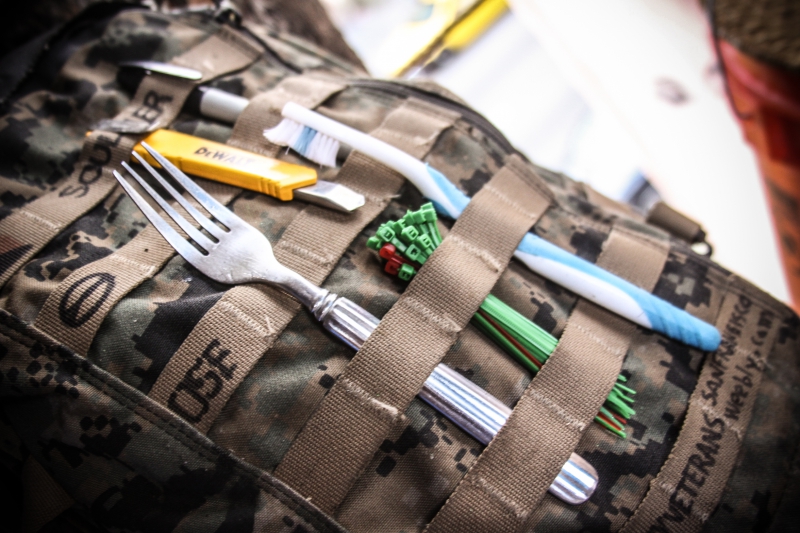 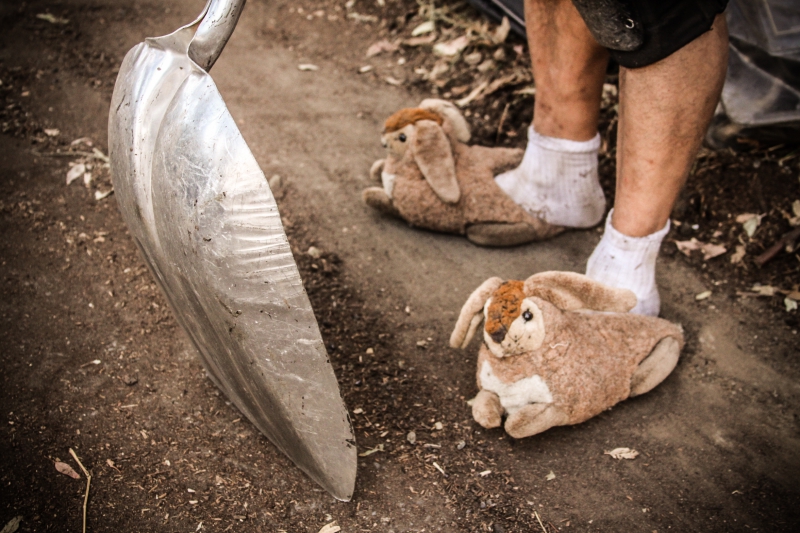 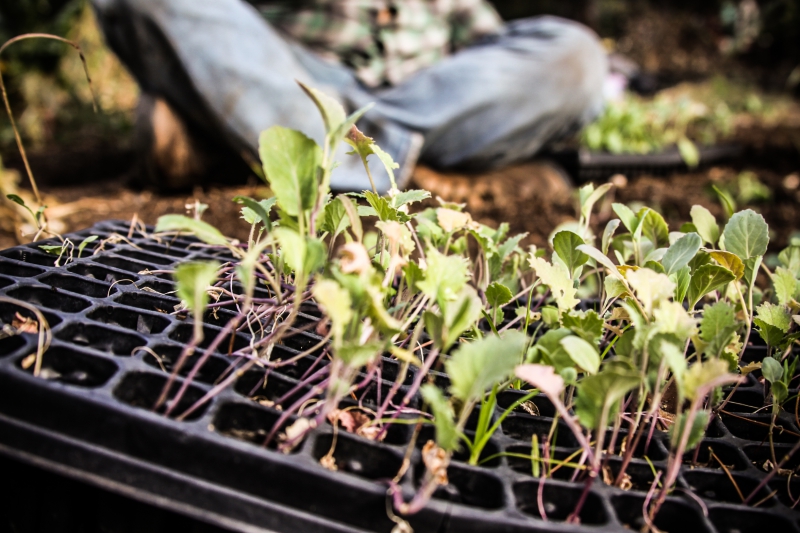 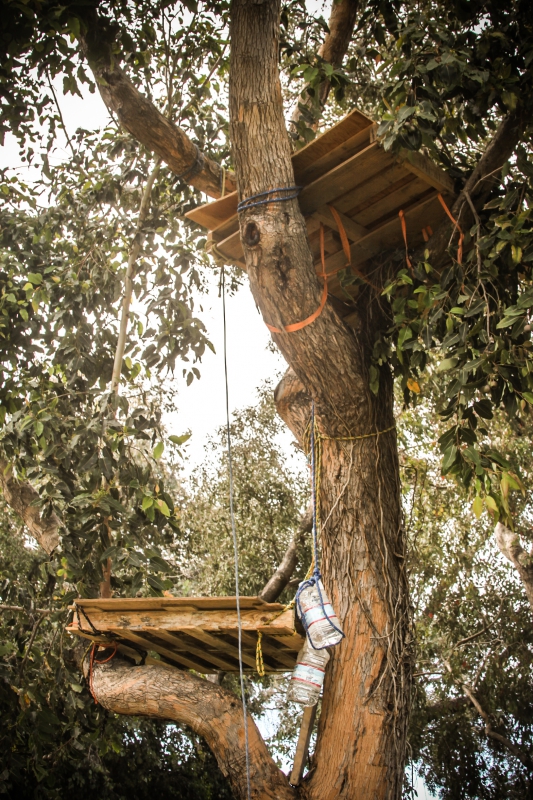 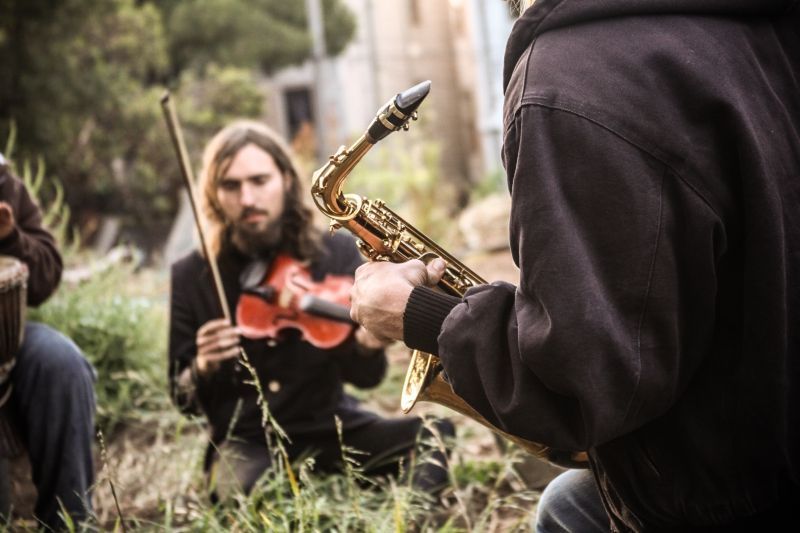 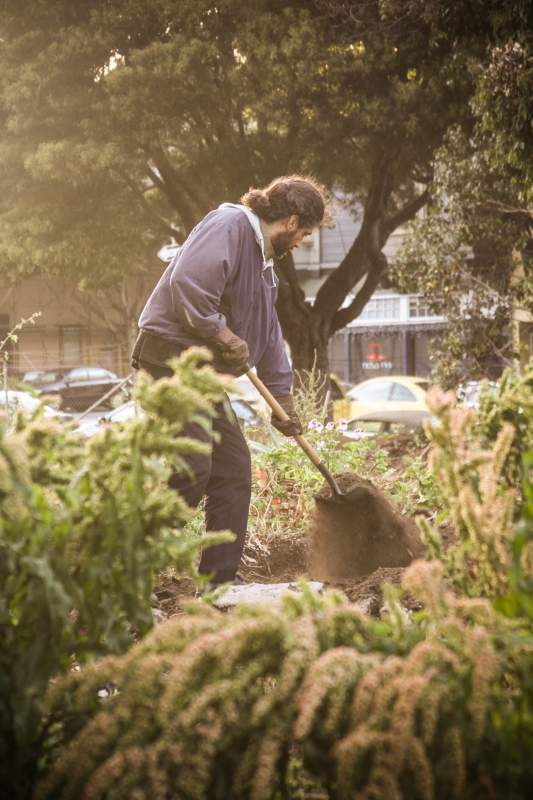 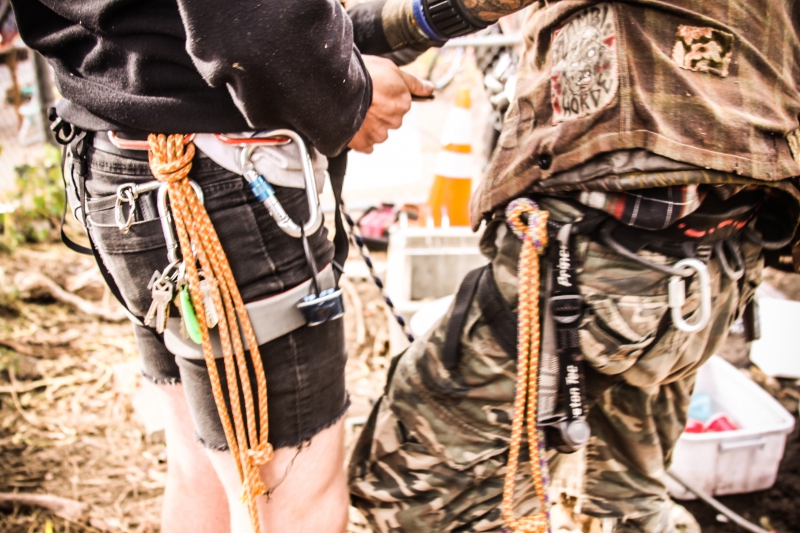 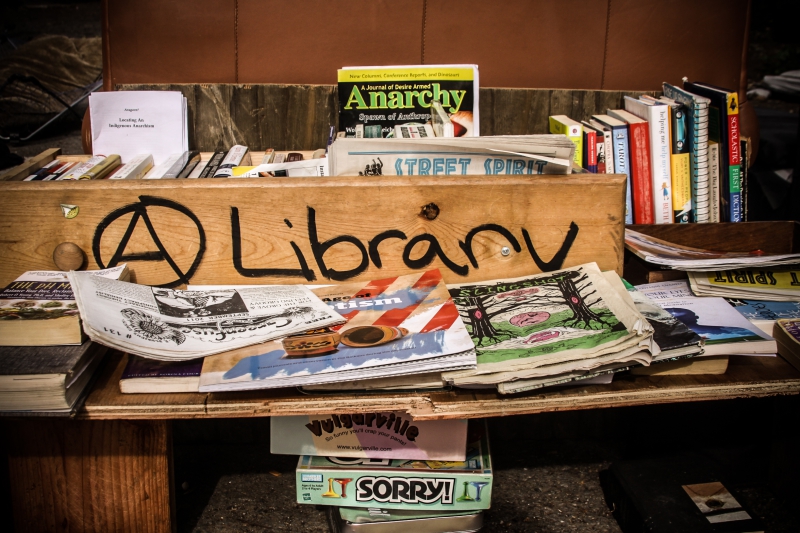 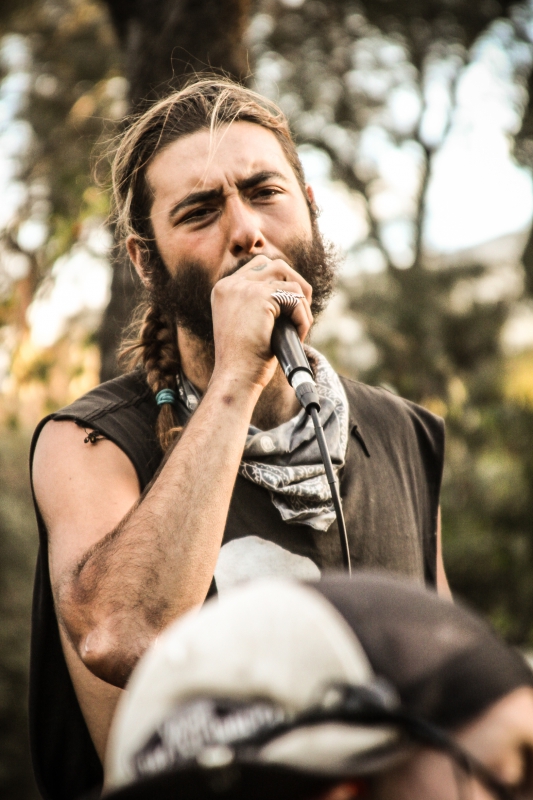 original image (1568x2352)
Add Your Comments
LATEST COMMENTS ABOUT THIS ARTICLE
Listed below are the latest comments about this post.
These comments are submitted anonymously by website visitors.