by Dan Bacher
"The Brown Administration has released tens of thousands of pages but not one single, simple accounting of the costs," said Barbara Barrigan-Parrilla, executive director of Restore the Delta. "They are hiding the math because the cost keeps escalating and the benefits diminishing." 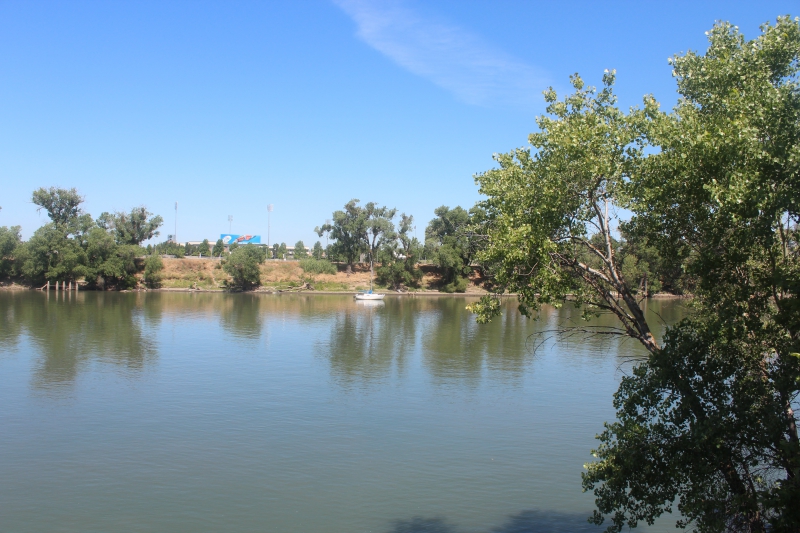 Restore the Delta (RTD) has revealed that the actual costs of the Bay Delta Conservation Plan (BDCP) to build the peripheral tunnels would amount to $54.1 billion, not the $24.5 billion touted by Natural Resources Secretary John Laird and Department of Water Resources Director Mark Cowin in a press conference and news release on May 29.

The news release from the Natural Resources Agency announcing the release of the final chapters of the tunnel plan claimed the BDCP "is expected to cost $24.5 billion during its 50-year implementation period, with water users expected to pay an estimated 68 percent of the total price tag for design, construction, operation, mitigation, and adaptive management of a new water conveyance system."

"The remaining balance, an estimated $7.9 billion for habitat restoration, pollution control, anti-poaching programs, and other measures to reduce ecological stress, could be funded through a variety of sources, including state and federal financial participation," the agency proclaimed.

The agency also admitted that the taxpayers would be expected to fund the state's portion of the budget-busting project's "non-conveyance" costs.

"An exact financing plan is not yet developed, but will be under discussion. Although the final federal and state allocation of costs and funding sources are yet to be determined, the BDCP assumes that California taxpayers would fund the state’s share of the non-conveyance costs primarily through passage of two general obligation bonds in future years," the agency said.

In response, Restore the Delta, opponents of Governor Jerry Brown’s rush to build peripheral tunnels that would drain the Delta and doom Central Valley Chinook salmon and other Pacific fisheries, released its "Simple Math" total of costs that counter the figure of $24.5 billion cited by Laird and Cowin.

"The Brown Administration has released tens of thousands of pages but not one single, simple accounting of the costs," said Barbara Barrigan-Parrilla, executive director of Restore the Delta. "They are hiding the math because the cost keeps escalating and the benefits diminishing."

Here is the breakdown of the actual cost by Restore the Delta:

All costs were drawn from BDCP documents, according to RTD.

RTD's economic analysis came up with a figure for the total cost of the tunnel project similar to the estimate of $53.8 billion made by economist Steven Kasower of the Strategic Economic Applications Company in August 2009.

Kasower's draft economic report was released to California Legislature prior to passage of the water policy/water bond legislation that cleared the path for the construction of a peripheral canal or tunnels.

The peripheral tunnel plan to export massive quantities of water to corporate agribusiness and oil companies will not only cost Californians an estimated $54.1 billion, but will hasten the extinction of Central Valley Chinook salmon, Delta and longfin smelt and other fish populations. The plan will take huge areas of Delta farmland, among the most fertile on the planet, to irrigate toxic, drainage impaired land on the west side of San Joaquin Valley owned by corporate growers.

Some political analysts are questioning if the Governor's obsession with the construction of the peripheral tunnels as part of his "legacy" is spurred by "Jerry Brown's Father Complex." (http://www.bloomberg.com/news/2013-06-04/who-will-pay-for-jerry-brown-s-father-complex-.html)

"Brown is burnishing the family name," wrote Steven Greenhut in Bloomberg News. "As he faces his own mortality, he is imposing debt on future generations to finance projects of dubious value, including one that will damage a pristine environment."

For more information, go to; http://www.restorethedelta.org

The rush to build the peripheral tunnels, in spite of widespread opposition, is not the only abysmal Schwarzenegger administration environmental policy that the Brown administration has continued and expanded. Brown continued and expanded the massive water exports and fish kills at the Delta pumps that the Schwarzenegger regime became notorious for.

In addition, Brown and Natural Resources Secretary John Laird continued the privately-funded Marine Life Protection Act (MLPA) Initiative started by Governor Schwarzenegger in 2004. The conflicts of interest, failure to comprehensively protect the ocean, shadowy private funding, incomplete and terminally flawed science and violation of the Yurok Tribe's traditional harvesting rights have made the MLPA Initiative to create so-called "marine protected areas into one of the worst examples of corporate greenwashing in California history.

Other environmental policies of the Schwarzenegger administration that Brown and Laird have continued include engineering the collapse of six Delta fish populations by pumping massive quantities of water out of the Delta; presiding over the annual stranding of endangered coho salmon on the Scott and Shasta rivers; clear cutting forests in the Sierra Nevada; supporting legislation weakening the California Environmental Water Quality Act (CEQA); and embracing the corruption and conflicts of interests that infest California environmental processes and government bodies ranging from the Bay Delta Conservation Plan to the regional water boards.
Related Categories: California | Central Valley | Environment & Forest Defense | Government & Elections
Add Your Comments
Support Independent Media
We are 100% volunteer and depend on your participation to sustain our efforts!