by Dan Bacher
Carolee Krieger, president and executive director of the California Water Impact Network (C-WIN), exposed how the construction of the peripheral tunnels would actually raise water rates in Southern California, pointing to the example of Santa Barbara County where residents have been forced to pay 6.5 times what they were promised for Delta water in 1991.

“In 1991, Santa Barbara County voters approved the Coastal Aqueduct at an estimated cost of $270 million,” said Krieger. “The aqueduct ended up costing nearly $1.7 billion, and has not been necessary to meet the County's water needs. California ratepayers and taxpayers should expect the same bad deal with the Peripheral Tunnels. Just like the aqueduct, these tunnels will cost much more than promised, drown local water agencies with massive amounts of debt, and will not secure our water supply."

“Water deliveries have been only 36% of what was promised for Santa Barbara’s south coast. Santa Barbara residents had to pay 6.5 times what they were promised for Delta water in 1991. A typical Santa Barbara family would have to pay $1,200 to $5,000. Many of our area families cannot afford this burden. The Peripheral Tunnels are a white elephant wrapped in pork," she revealed. 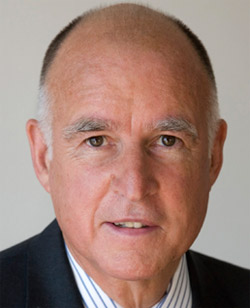 The California Natural Resources Agency on May 29 released to the public the remaining chapters of the controversial Administrative Draft Bay Delta Conservation Plan (BDCP), including the estimated costs of building the peripheral tunnels under the Sacramento-San Joaquin River Delta.

The documents estimate the total costs of the project to be $24.5 billion during its 50-year implementation. State water officials say water users are expected to pay an estimated 68 percent of the total price tag for design, construction, operation, mitigation, and adaptive management of a new water conveyance system.

"The remaining balance, an estimated $7.9 billion for habitat restoration, pollution control, anti-poaching programs, and other measures to reduce ecological stress, could be funded through a variety of sources, including state and federal financial participation," according to a news release from the California Natural Resources Agency.

A broad coalition of environmental groups, fishing organizations, Indian Tribes, family farmers, consumer advocates, Delta residents and elected officials opposes Governor Jerry Brown's tunnel plan because of the dire threat it poses to the Delta ecosystem and because of its enormous economic costs.

Chapters 8 -12 include specifics on the implementation costs and funding sources, alternative ways to avoid harm to endangered species, and integration of independent science into the Plan’s preparation. (http://baydeltaconservationplan.com/BDCPPlanningProcess/KeyAnnouncements.aspx)

State water officials joined business, labor and agricultural leaders in Milpitas to release information on the “costs and benefits” of Governor Brown's Bay Delta Conservation Plan on the day the documents were released.

“California’s current water supply system is clearly vulnerable to many threats, and the cost of its failure would be enormous,” claimed California Natural Resources Secretary John Laird. “As public officials, we are duty-bound to address these threats. The BDCP provides the most comprehensive, well-conceived approach to ensuring a reliable water supply to 25 millionpeople and restoring the Delta ecosystem.”

State officials said “a broader economic analysis” of the statewide economic impacts of the Brown administration proposal is expected to be released by the Natural Resources Agency in July.

”The draft chapters released today demonstrate the value of the benefits of our proposed project to water users and we can consider the cost from the perspective of our nearly $2 trillion economy,” claimed Department of Water Resources Director Mark Cowin. “Meanwhile, we urge Californians to get acquainted with the details of the draft plan and to bear in mind the high costs – from species extinction to water supply disruptions in the Delta – of doing nothing."

Groups blast plan for failure to include comprehensive costs-benefits analysis

However, Restore the Delta, the California Water Impact Network (C-WIN) and Food and Water Watch blasted the Brown administration for its failure to conduct a comprehensive cost-benefits analysis of the project.

Environmental, consumer and fishing groups and Indian Tribes oppose Governor Brown's plan to build the peripheral tunnels because it will raise the water rates of Southern California ratepayers while hastening the extinction of Central Valley Chinook salmon, Delta and longfin smelt and other fish populations. They also note that the plan will take Delta farmland, among the most fertile on the planet, out of production in order to irrigate unsustainable, toxic land on the west side of the San Joaquin Valley.

Restore the Delta (RTD) yesterday presented findings of three separate analyses of the costs, benefits and financial burdens of the proposed Bay-Delta Conservation Plan (BDCP) and its peripheral tunnels. The analyses found that the BDCP would cost $2.50 for every $1 in benefits.

"The BDCP contemplates one of the largest public works project in our history," said Barbara Barrigan-Parrilla, executive director of Restore the Delta. "The State refuses to conduct a comprehensive cost-benefit analysis, in violation of its own policies. We can only conclude that they don’t want the people of California to know whom the peripheral tunnels would primarily benefit, what the true costs of the Peripheral Tunnels are, who would pay how much, or that there is a more cost-effective solution."

Dr. Jeffrey Michael, Director of the Eberhardt School of Business at the University of the Pacific, and the consultant who conducted the peer-reviewed economic sustainability plan for the Delta Protection Commission has conducted the only benefits-cost analysis of the project, said, "Since the BDCP process started, the cost estimates of Delta conveyance have increased from $4 billion to $14 billion, the water supply and environmental benefits have declined, and seismic levee improvements have been shown to provide a broader range of economic benefits than the tunnels for a fraction of the cost.”

“Our initial benefit-cost analysis finds that BDCP is a bad deal for all Californians, and the repeated refusal of state and federal agencies to follow their own economic analysis guidelines is troubling,” said Michael. “Our benefits-cost analysis found the cost of the BDCP is $7 billion higher than benefits; that it would cost $2.50 for every $1 in benefits, which is one of the lowest ratios for any project I have analyzed."

"The only way to finance the colossal debt of the Delta tunnels will be to keep southern California and Silicon Valley dependent on Delta water,” he emphasized. “ I have heard people say the state should do the BDCP and develop advanced water technologies and alternative supplies, but the two visions are fundamentally in conflict."

Michael said, "There is a strong case that a combination of Delta levee upgrades, local water supplies, conservation and recycling will be less expensive, more resilient to droughts (the biggest reliability threat), save lives and protect critical statewide transportation and energy infrastructure, and create jobs across the state, including southern California."

Carolee Krieger, president and executive director of the California Water Impact Network (C-WIN), exposed how the construction of the peripheral tunnels would actually raise water rates in Southern California, pointing to the example of Santa Babara County where residents have been forced to pay 6.5 times what they were promised for Delta water in 1991.

“In 1991, Santa Barbara County voters approved the Coastal Aqueduct at an estimated cost of $270 million,” said Krieger. “The aqueduct ended up costing nearly $1.7 billion, and has not been necessary to meet the County's water needs. California ratepayers and taxpayers should expect the same bad deal with the Peripheral Tunnels. Just like the aqueduct, these tunnels will cost much more than promised, drown local water agencies with massive amounts of debt, and will not secure our water supply."

“Water deliveries have been only 36% of what was promised for Santa Barbara’s south coast. Santa Barbara residents had to pay 6.5 times what they were promised for Delta water in 1991. A typical Santa Barbara family would have to pay $1,200 to $5,000. Many of our area families cannot afford this burden," Krieger revealed.

"The Peripheral Tunnels are a white elephant wrapped in pork," she quipped.

Food and Water Watch commissioned ECONorthwest to analyze the impacts that the costs of building and operating the tunnels would have on Water and Power (LADWP) ratepayers. It outlines a low-cost scenario of $20.6 billion and a high-cost scenario of $47.2 billion.

For each, they evaluate the costs if the state and federal water projects evenly split the costs of the tunnel and related activities and if the state project paid 100 percent.

"The BDCP is environmentally unsustainable and fiscally irresponsible," It would place California deeper in debt, force massive rate hikes and enrich corporate interests," said Adam Scow, California campaigns director for consumer advocacy group Food & Water Watch. "LADWP customers could be on the line to pay $2,003 to $9,182 per customer to pay for the 37-mile Peripheral Tunnels project."

The report is available for review here: http://documents.foodandwaterwatch.org/doc/BayDeltaConveyanceLAEconAnalysis.pdf

The beneficiaries of the tunnels: corporate agribusiness and oil companies

Most of the cost burden of the twin tunnels will fall on taxpayers and urban water ratepayers, although large agribusinesses and oil companies will receive the majority of the water from the tunnels, according to Scow.

"The Westlands Water District and Kern County Water Agency import water for the biggest agribusinesses and oil fields in the Central Valley," explained Scow. "Now they've gotten Governor Brown to approve a massive tunnels project to bring them even more water, which they will sell for an enormous profit. Even worse, much of this water will go to oil companies who will pollute our groundwater with fracking." (http://www.truth-out.org/speakout/item/15224-peripheral-tunnel-water-will-go-to-agribusiness-and-oil-companies)

Fracking, or hydraulic fracturing, is the controversial, environmentally destructive process of injecting millions of gallons of water, sand and toxic chemicals underground at high pressure in order to release and extract oil or gas.

The rush to build the peripheral tunnels, in spite of widespread opposition, is not the only abysmal Schwarzenegger administration environmental policy that the Brown administration has continued and expanded.

Brown and Natural Resources Secretary John Laird continued the privately-funded Marine Life Protection Act (MLPA) Initiative started by Governor Schwarzenegger in 2004. The conflicts of interest, failure to comprehensively protect the ocean, shadowy private funding, incomplete and terminally flawed science and violation of the Yurok Tribe's traditional harvesting rights have made the MLPA Initiative to create so-called "marine proected areas into one of the worst examples of corporate greenwashing in California history.

The Brown administration also authorized the export of record water amounts of water from the Delta in 2011 – 6,520,000 acre-feet, 217,000 acre feet more than the previous record of 6,303,000 acre feet set in 2005 under the Schwarzenegger administration.

Other environmental policies of the Schwarzenegger administration that Brown and Laird have continued include engineering the collapse of six Delta fish populations by pumping massive quantities of water out of the Delta; presiding over the annual stranding of endangered coho salmon on the Scott and Shasta rivers; clear cutting forests in the Sierra Nevada; supporting legislation weakening the California Environmental Water Quality Act (CEQA); and embracing the corruption and conflicts of interests that infest California environmental processes and government bodies ranging from the Bay Delta Conservation Plan to the regional water boards.
Related Categories: California | Central Valley | Environment & Forest Defense | Government & Elections
Add Your Comments
Support Independent Media
We are 100% volunteer and depend on your participation to sustain our efforts!