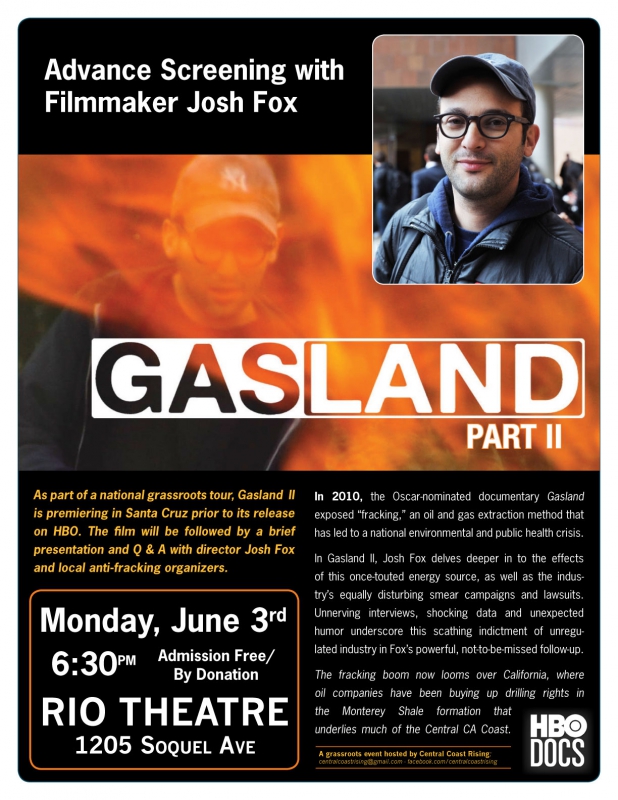 Film Description:
In 2010, the Oscar-nominated documentary GASLAND exposed “fracking,” an oil and gas extraction method that has led to a national environmental and public health crisis. Gasland made fracking a household word and catalyzed a worldwide movement of grassroots opposition that has led to local and state-wide moratoriums and bans.

In Gasland II, Josh Fox delves deeper in to the effects of this once-touted energy source, as well as the industry’s equally disturbing smear campaigns and lawsuits. Unnerving interviews, shocking data and unexpected humor underscore this scathing indictment of unregulated industry in Fox’s powerful, not-to-be-missed follow-up.

Fracking Threatens California:
The fracking boom now looms over California, where oil companies have been buying up drilling rights in the Monterey Shale formation that underlies much of the Central CA Coast. Come to this screening to learn more about the national and international anti-fracking movement and how you can become involved right here in the Monterey Bay area.

This event is hosted by the newly formed grassroots organizing group Central Coast Rising, in collaboration with other local organizations.
Contact: centralcoastrising [at] gmail.com
END_OF_DOCUMENT_TOKEN_TO_BE_REPLACED
Added to the calendar on Sun, May 26, 2013 3:07PM
§PDF of the flyer, for printing
by Central Coast Rising 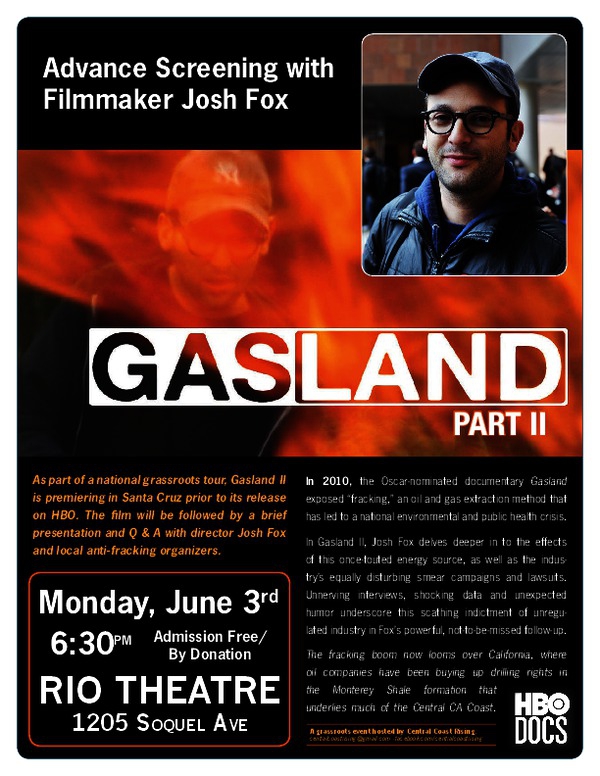 Download PDF (414.7KB)
END_OF_DOCUMENT_TOKEN_TO_BE_REPLACED
Add Your Comments
Support Independent Media
We are 100% volunteer and depend on your participation to sustain our efforts!