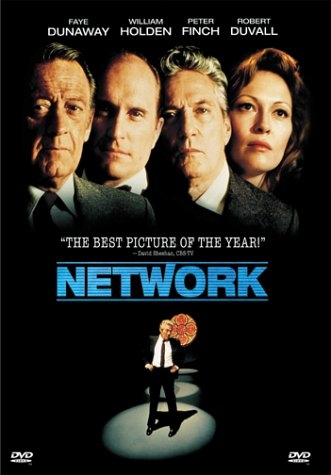 It's warm out and it's been a while, so the Occupy Oakland Foreclosure Defense Group is pulling together another one of our fabulous DIY Drive-In movie nights for this week.

Join us this Thursday as we screen "Network" - you remember, the famous source of the mantra "I'm mad as hell, and I'm not going to take it anymore!" Well, this Oscar-winning film has a lot more in store than just that one line, and remains fresh for today with its stark truth-telling about the profit motives of the corporate media, and the pacification of the public with mindless infotainment.

Come check it out! Treats will be provided.

This film is rated R for strong language, some sexual content, and a scene of violence (source IMDb.com)

Added to the calendar on Tue, May 14, 2013 10:25AM
Add Your Comments
Support Independent Media
We are 100% volunteer and depend on your participation to sustain our efforts!