Writers With Drinks with Veronica Belmont and Thaisa Frank! 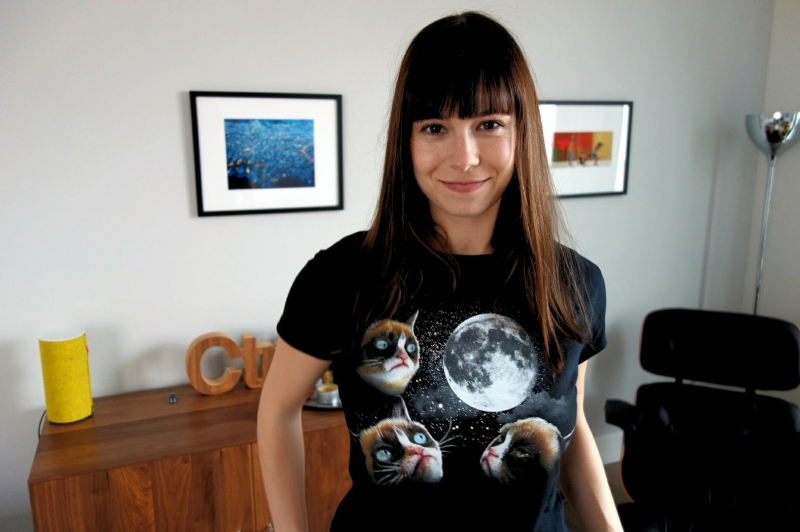 Import event into your personal calendar
Date:
Saturday, May 11, 2013
Time:
7:30 PM - 9:30 PM
Event Type:
Other
Organizer/Author:
Charlie Anders
Location Details:
The Make Out Room, 3225 22nd. St.
Writers With Drinks is setting fire to its shoes and dancing in the ashes!

Veronica Belmont is a technology and gaming-centric video host based in San Francisco. Currently her projects include Tekzilla (a weekly tech help and how-to show on Revision3.com), Fact or Fictional on TechFeed, and The Sword and Laser, a science fiction and fantasy video show, podcast and community, co-hosted with Tom Merritt. Recently Veronica appeared on BBC America as the co-host of Gizmodo: The Gadget Testers, and she was the original host of Qore on the PlayStation Network. As a voice actor, Veronica has appeared in Fallout: New Vegas (Old World Blues) and the animated series SuperF*ckers.

Mattilda Bernstein Sycamore is most recently the author of a memoir, The End of San Francisco. She's also the editor of Why Are Faggots So Afraid of Faggots?: Flaming Challenges to Masculinity, Objectification, and the Desire to Conform (AK Press 2012), a Stonewall Book Awards Honor Book. Mattilda is the author of two novels, So Many Ways to Sleep Badly (City Lights 2008) and Pulling Taffy (Suspect Thoughts 2003). She is the editor of four additional nonfiction anthologies, Nobody Passes: Rejecting the Rules of Gender and Conformity (Seal 2007), That’s Revolting! Queer Strategies for Resisting Assimilation (Soft Skull 2004; 2008), Dangerous Families: Queer Writing on Surviving (Haworth 2004), and Tricks and Treats: Sex Workers Write about Their Clients (Haworth 2000), which now also appears in Italian (Effepi Libri 2007).

Thaisa Frank’s third collection of short fiction is The Fiction of Enchantment. Her most recent novel, Heidegger’s Glasses, takes place in the mythical haven of an underground mine during WWII, the safety of which is threatened forever. It was published in 2010, reissued in paperback in 2011 and sold to ten foreign countries before publication. She is also the author of Sleeping in Velvet and A Brief History of Camouflage, both on the Bestseller List of the San Francisco Chronicle. Thaisa has received two PEN awards and her stories have been widely-anthologized—the most recent of which are in A Dictionary of Dirty Words, Harper/Collins Reader’s Choice and Rozne Ksztatly Milocsi. She has published critical essays on writing and art and is the author of the Afterward to Viking/Penguin’s most recent edition of Voltaire. Her poetry, which she writes secretly, appears in small publications. Thaisa has also co-authored Finding Your Writers Voice: A Guide to Creative Fiction, translated into Portuguese and Spanish, and used in numerous writing programs.

Seth Harwood’s new novel In Broad Daylight comes out May 7th, and he’s excited to read from it publicly for the first time at Writers with Drinks. In Broad Daylight features FBI agent Jess Harding chasing a bloody serial killer across the summer planes and white nights of Alaska. Seth has also published three other crime novels—Young Junius, This Is Life and the bestselling Jack Wakes Up – the last two of which take place in San Francisco and feature Jack Palms, ex-actor and would-be private sleuth. He holds an MFA in fiction from the Iowa Writers’ Workshop and has taught creative writing at Iowa, UMass Boston, Stanford and City College San Francisco. Serialized versions of his work as free audio podcasts have been downloaded over one million times via iTunes, Podiobooks.com and at sethharwood.com.

George Chen has finally found a proper outlet for his brand of sarcasm and self-deprecation. These traits were ill-suited to the other worlds he has occupied as a musician, writer, and filler of 1099 forms. As a promoter he has organized comedy shows on a moving bus, at a still-life drawing session, and inside a comic book store. Of these attempts to put on comedy in unlikely locations, the best thus far has been the weekly showcase Cynic Cave at Lost Weekend Video (organized with Kevin O’Shea). He also co-produces the monthly multimedia show Talkies. As a performer he has appeared at Holy Fuck, Venice Underground Comedy, The Business, and the Porchlight Storytelling Series.

Janis Cooke Newman is the author of the Bay Area Bestseller, Mary (published in hardcover by MacAdam/Cage, and in paperback by Harcourt), a historical novel about Mary Todd Lincoln. Mary was a Los Angeles Times Book Prize Finalist, chosen as USA Today's Best Historical Fiction of the Year, and a Booksense Year-End Highlight. Newman is also the author of The Russian Word for Snow (St. Martin's Press, 2001), a memoir about adopting her son from a Moscow orphanage. Her writing has appeared in numerous anthologies, including Secret Lives of Lawfully Wedded Wives (Inner Ocean, 2006) and four Travelers' Tales editions.

Writers With Drinks won "Best Literary Night" from the SF Bay Guardian readers' poll six years in a row and was named "Best Literary Drinking" by the SF Weekly. And it was namechecked in Armistead Maupin's latest Tales of the City novel. The spoken word "variety show" mixes genres to raise money for local worthy causes. The award-winning show includes poetry, stand-up comedy, science fiction, fantasy, romance, mystery, literary fiction, erotica, memoir, zines and blogs in a freewheeling format.
END_OF_DOCUMENT_TOKEN_TO_BE_REPLACED
Added to the calendar on Mon, May 6, 2013 1:42AM
Add Your Comments
Support Independent Media
We are 100% volunteer and depend on your participation to sustain our efforts!