Newswire
Calendar
Features
Home
Donate
From the Open-Publishing Calendar
From the Open-Publishing Newswire
Indybay Feature
Publish to Newswire
Add an Event
Related Categories: Santa Cruz Indymedia | Immigrant Rights | Labor & Workers
Rallying for Immigration Reform on May Day in Santa Cruz
by Alex Darocy
Thursday May 2nd, 2013 5:11 PM
This year on May Day, the Santa Cruz community rallied at the Town Clock in support of immigration reform. 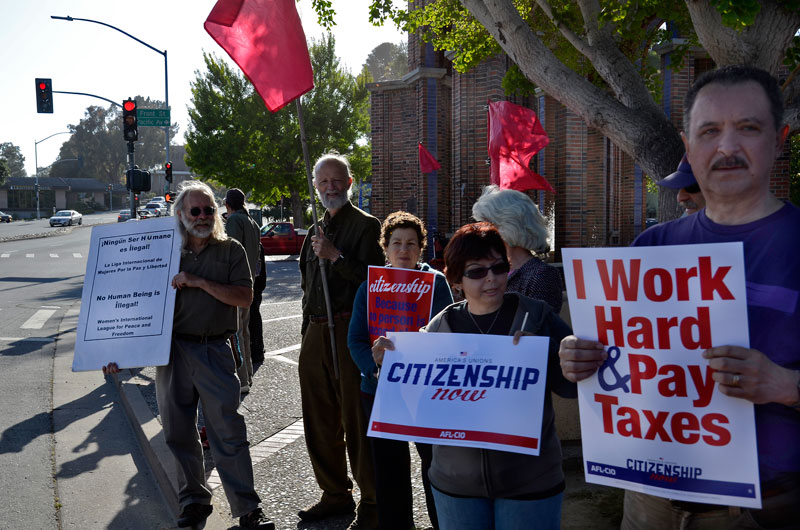 Workers and community members joined individuals from the Monterey Bay Central Labor Council and other AFL-CIO affiliated organizations for the rally, which included a strong turnrout by Unite Here local 483, the labor union that represents hotel, restaurant, and other hospitality workers in Santa Cruz and the Monterey Bay Area. After rallying at the Town Clock, many in the group marched down Pacific Avenue to the Del Mar Theatre to view "Harvest of Empire" at the Reel Work May Day Labor Film Festival.

Individuals held signs with messages such as "Citizenship Now," "I Work hard and Pay Taxes," "Keep Families Together," and "Citizenship, Because No Person is Second Class."

The Santa Cruz County Community Coalition to Overcome Racism was also represented and food was provided in front of the Del Mar by Food Not Bombs Santa Cruz. 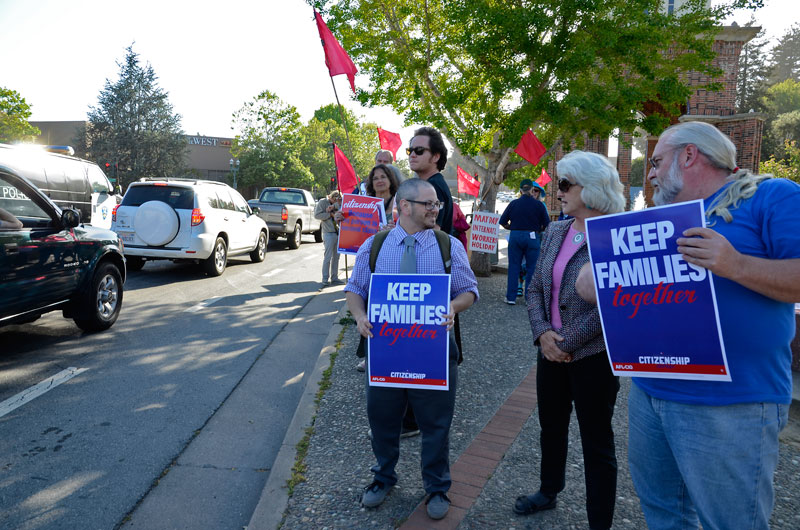 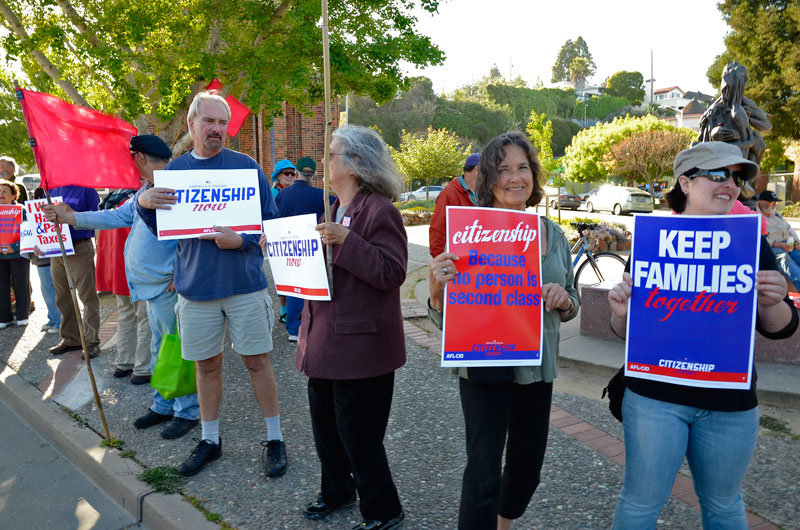 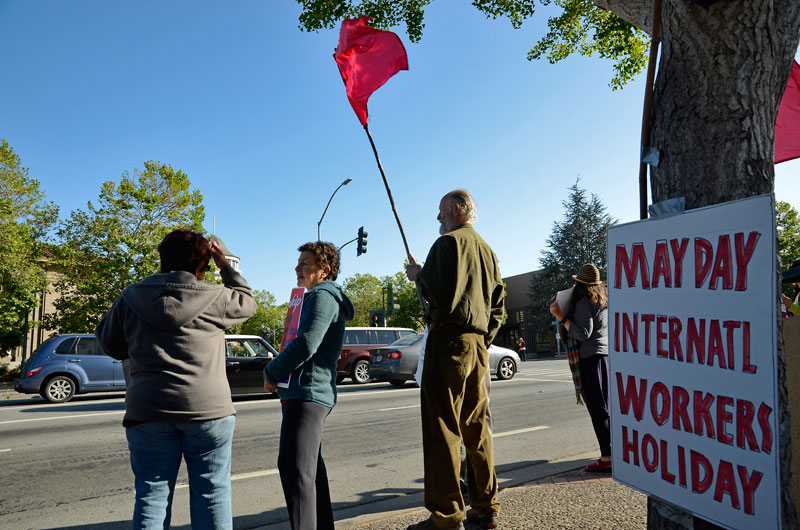 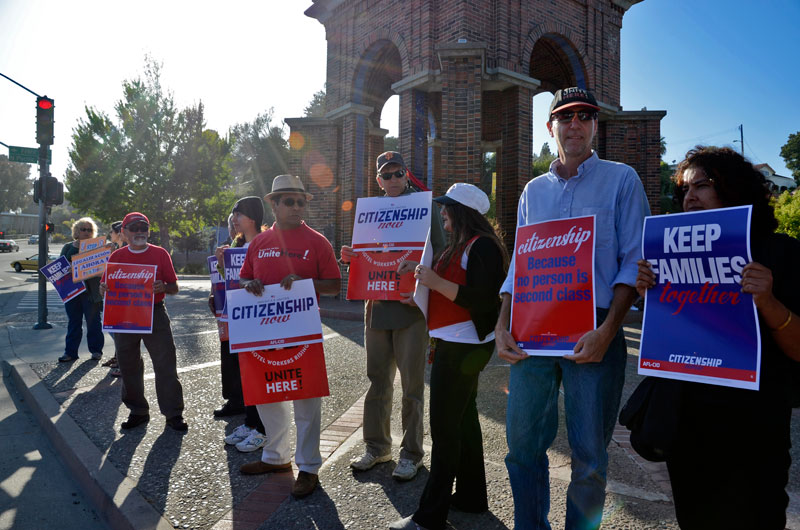 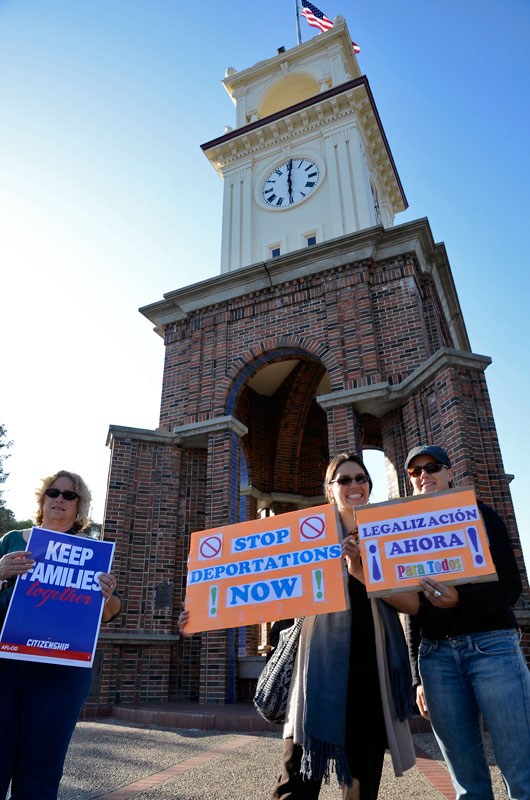 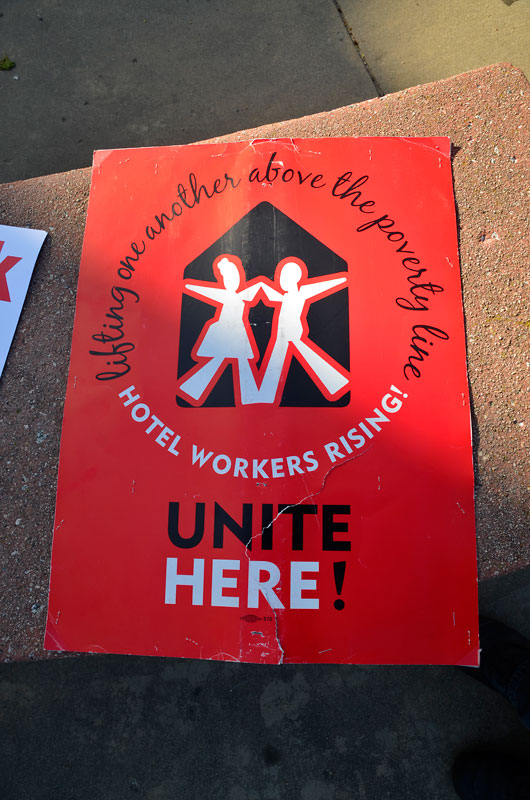 §A group at the demonstration also spoke out against gun violence
by Alex Darocy Thursday May 2nd, 2013 5:11 PM 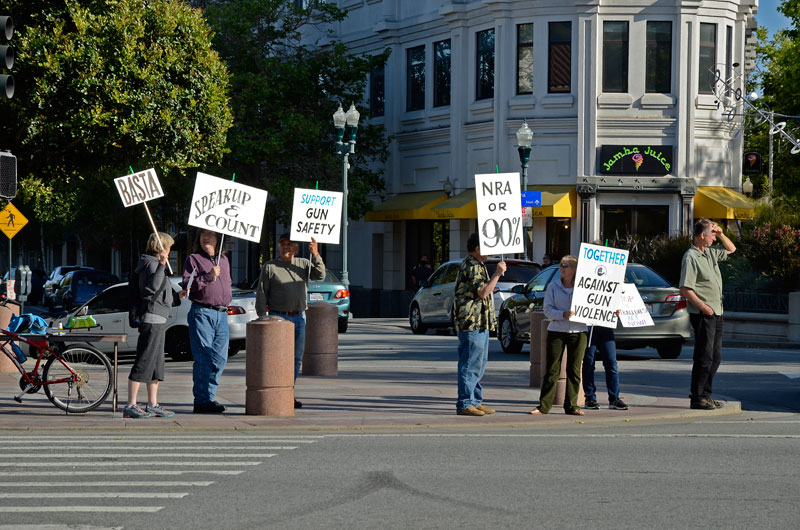 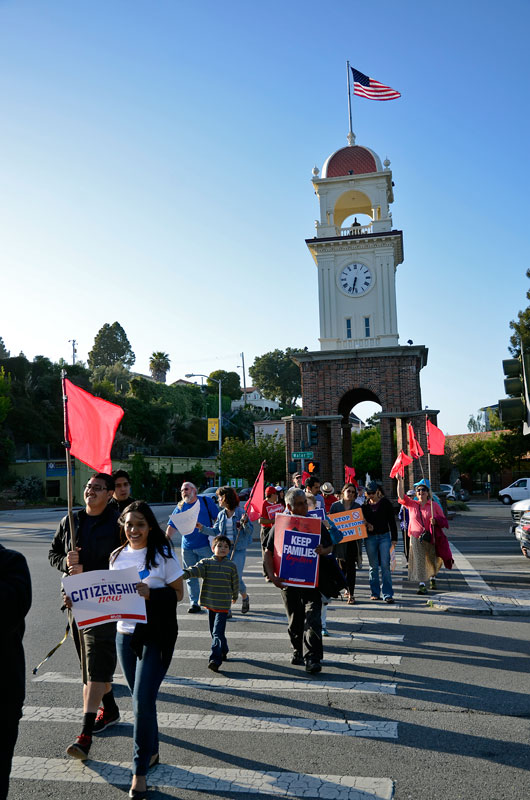 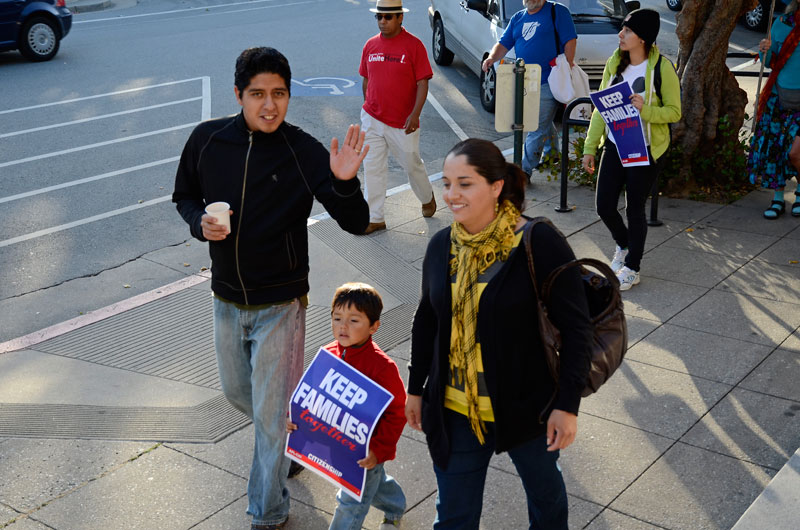 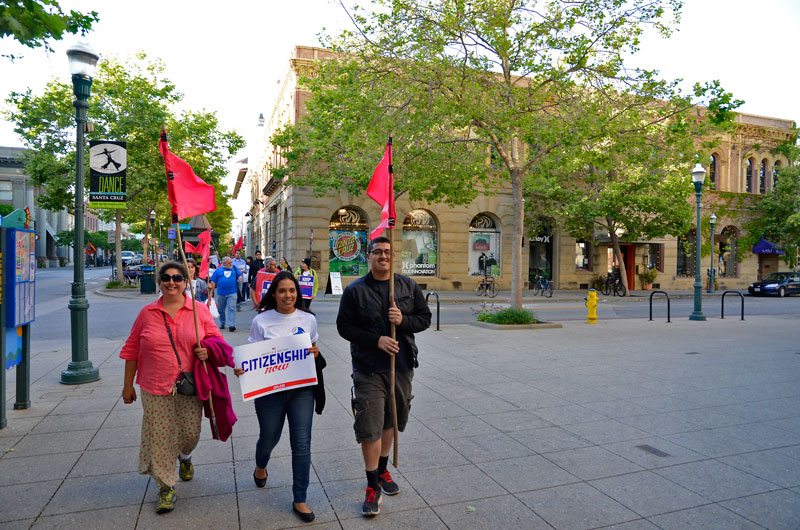 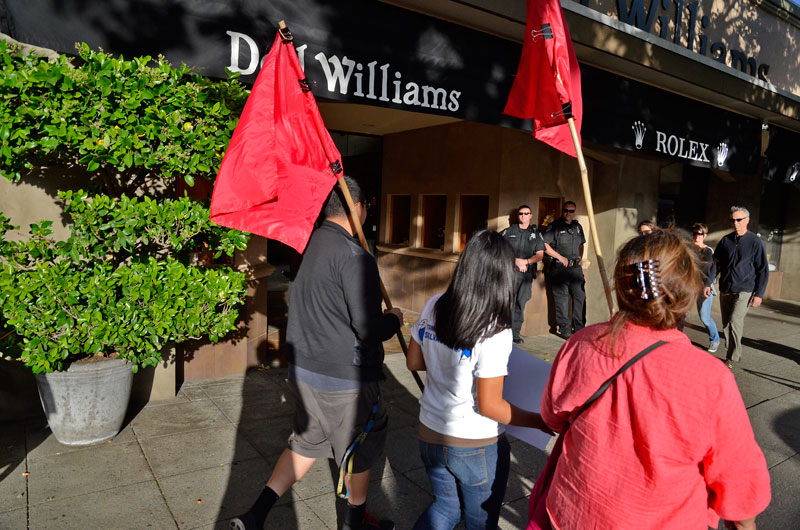 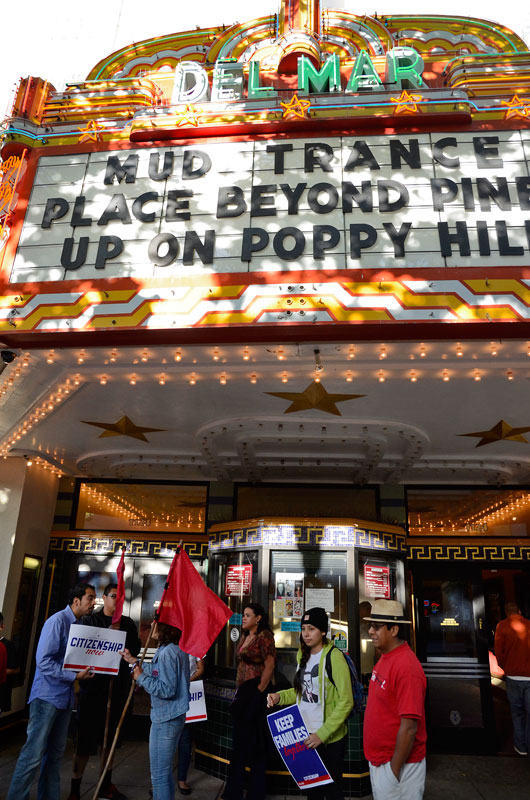 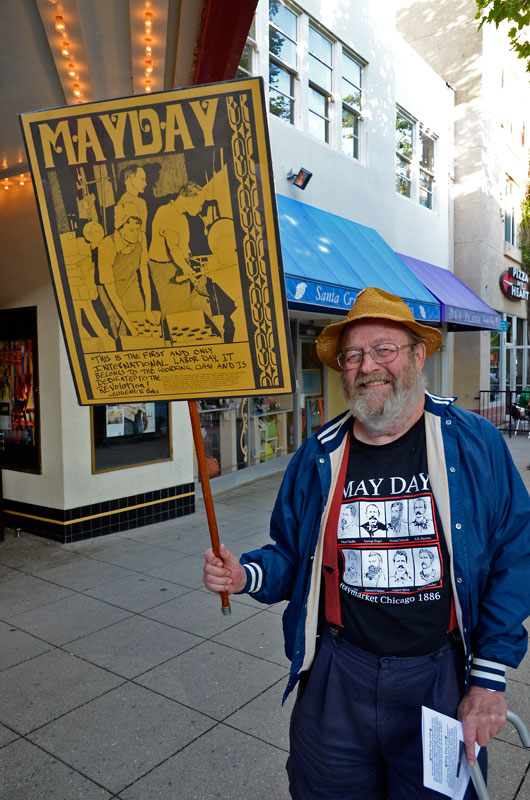 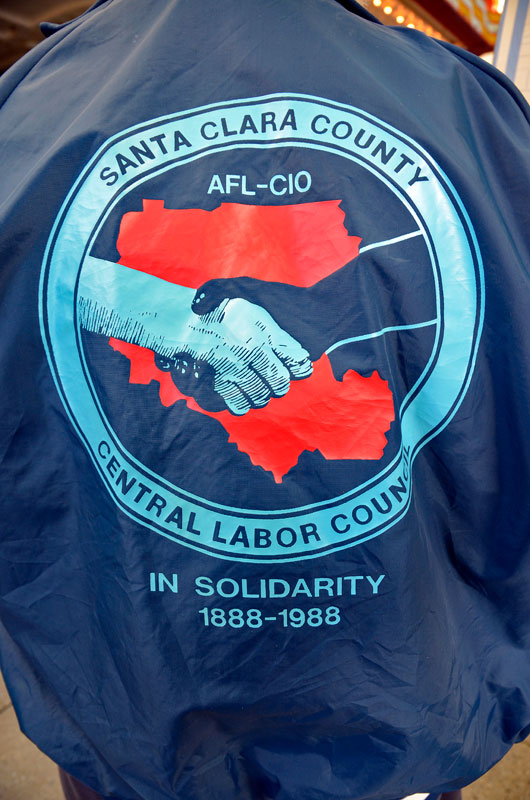 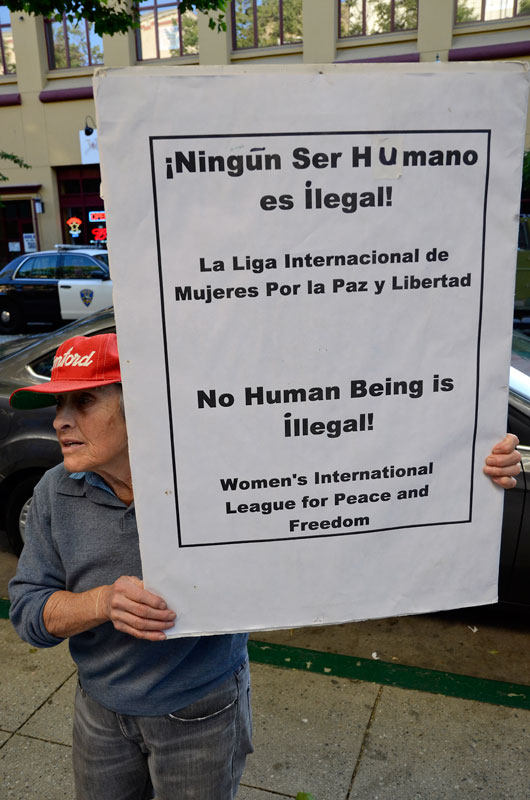 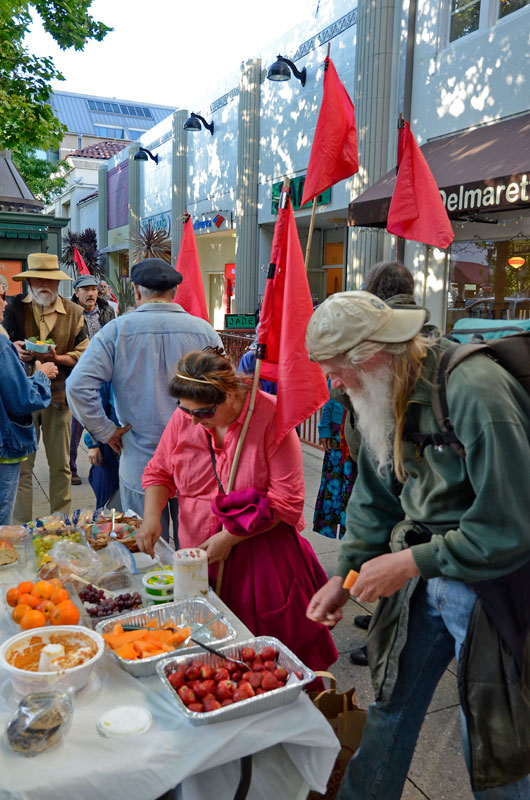 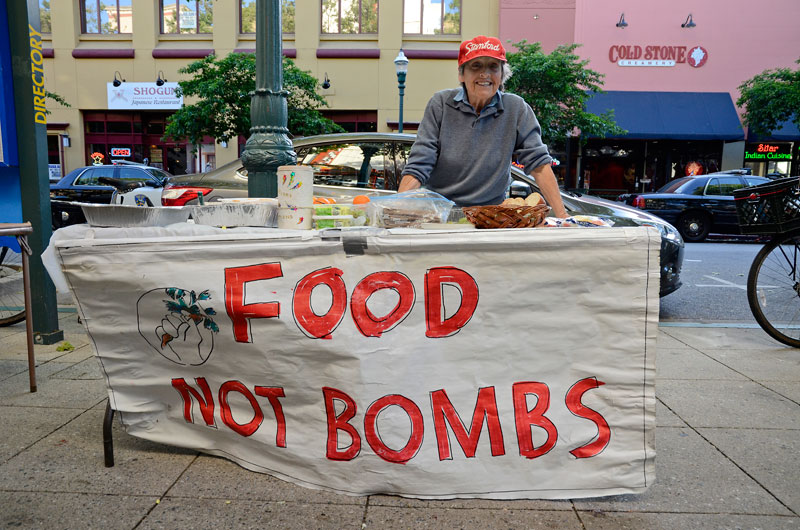