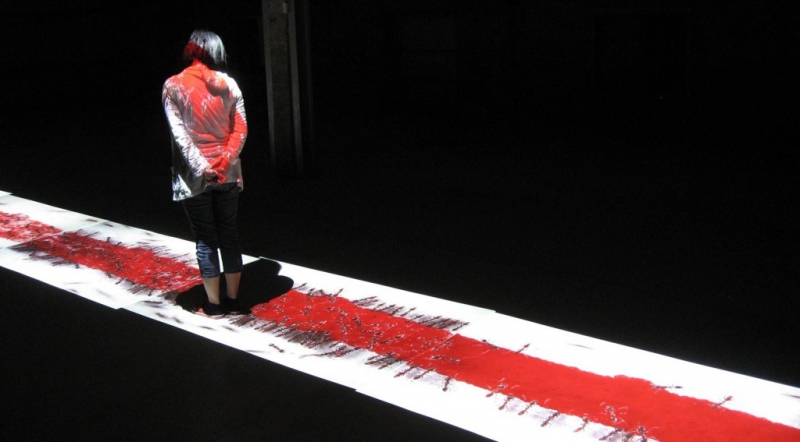 Import event into your personal calendar
Date:
Wednesday, May 15, 2013
Time:
7:00 PM - 9:00 PM
Event Type:
Other
Organizer/Author:
Location Details:
925 Mission St. San Francisco, CA 94103
Often found hip-deep in Madagascar mud, Dr. Brian Fisher is a modern day explorer who has devoted his life to the study and conservation of ants and biodiversity around the world. His research sends him through the last remote rainforests and deserts of Madagascar and Africa in search of ants. Although his subjects may be small in stature, they make a huge impact on their ecosystems. And what they lack in size, they more than make up for in numbers. By documenting the species diversity and distribution of this “invisible majority,” Dr. Fisher is helping to establish conservation priorities for Madagascar, identifying areas that should be set aside to protect the highest number of species. Along the way, he has discovered 100’s of new species of ants. He created the annual Ant Course in 2001, AntWeb in 2002, and the Madagascar Biodiversity Center in 2004. He has published over 90 peer reviewed articles including the “Ants of North America” with Stefan Cover. Every year, Dr. Fisher trains dozens of international graduate students in the taxonomy and natural history of ants, providing them with skills to use ants as an important indicator of biodiversity across the globe. He is currently Associate Curator of Entomology at the California Academy of Sciences and adjunct professor of biology at both the University of California at Berkeley and at San Francisco State University. He has appeared in a number of BBC, Discovery Channel, and National Geographic films and has been profiled in Newsweek and Discover magazine. This talk is held in conjunction with Ants in the City April 10 – May 25, 2013 Intersection for the Arts presents Ants in the City, a solo exhibition project by San Francisco-based artist Su-Chen Hung. 18th Century British poet William Blake wrote, “To see a world from a grain of sand,” and so Hung examines our world from the perspective of ants through three related video works and installations: Ants in the City; Kiss you, Honey; and Red Corner. Working with light, space, sound, movement, and stillness, Hung’s work is simple and elegant, accessible and contemplative. She has utilized a variety of media in both installation and performance contexts to investigate a diversity of social, cultural, and environmental concerns, and viewers often become performers in her work, intentionally or otherwise. In the immersive video installation Ants in the City, Hung used a macro lens over a 38-hour span to document an ant colony as they slowly devoured red stained sugar and relayed it back to their home. Scurrying about and emitting specific phermones and antennae signals to communicate with one another, we might observe the ants displaying frustration, anger, and even gluttony – acts compatible with our own behavior. There are more than 10,000 known ant species around the world, and over 100 species native to the Bay Area. Some early myrmecologists – scientists who study ants – considered ant society as an ideal social system, and sought to find solutions to human problems by studying them. There is a hierarchy within the ant world: a queen, male ants (which are only around for reproduction), soldiers, and workers. Whether protecting the nest, foraging for food, or procreating, each ant serves a particular function within the colony. Reflecting on our own human existence, Hung questions the relationships formed between humans within our larger urban environment. Do we function as part of a larger, structured system like an ant colony, or are we individuals working together for a cause? As ants divide into castes of labor and occupy one role their whole life, are our social positions stratified this way as well? This exhibition is supported in part by the San Francisco Arts Commission Cultural Equity Grants program. Visual technology for the project provided by Optoma Technology, Inc., with generous support provided by Wade Chang, Mills Chen, Jon Grodem, Vincent Huang, Joshi Hsieh, Teddy Jung, Arun Kanuga, Nick Liang, TI Lin, Felix Pimentel, Andy Wang, Hans Wang, and Shen Wang. Additional thanks for assistance on this project to Bamboo Curtain Studio, Coretronic Culture and Arts Foundation, Yung-Ta Chang, Wei Ching, Terence Lee, Christian Rice, and Perngjuh Shyong.
END_OF_DOCUMENT_TOKEN_TO_BE_REPLACED
Added to the calendar on Thu, Apr 25, 2013 2:27PM
Add Your Comments
Support Independent Media
We are 100% volunteer and depend on your participation to sustain our efforts!