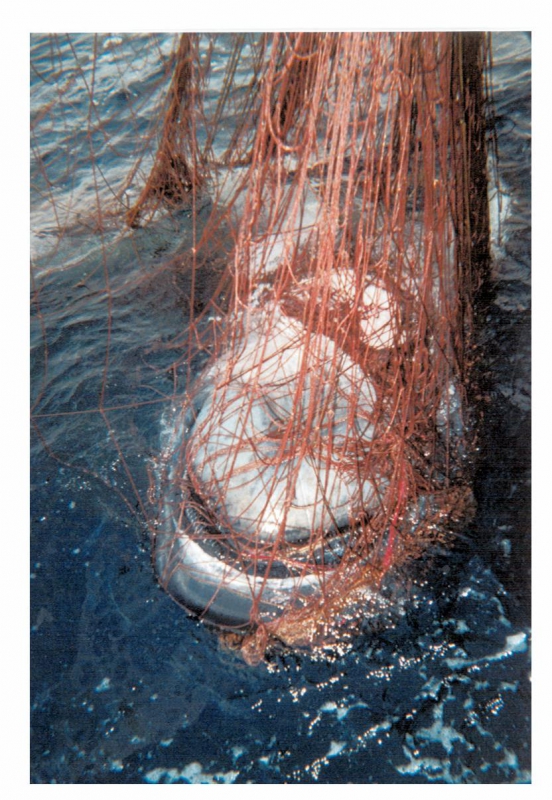 original image (832x1205)
"The capture and death of whales and dolphins in the deadly California drift gillnet fishery is far too high, and this has been going on far too long" said Teri Shore, Program Director at SeaTurtles.org. "It's time to phase out drift gillnets along the California coast as soon as possible."

Due to the capture and drowning of an estimated 16 endangered sperm whales two years ago, the California drift gillnet fishery for swordfish and shark will now be designated as a harmful Category 1 fishery under the Marine Mammal Protection Act. Recently it was ranked in the less serious Category 2.

The only other U.S. Pacific commercial fishery ranked at that serious Category 1 level of marine mammal harm is the much larger Hawaii longline tuna fleet with 125 vessels.

National Marine Fisheries Service made the determination in its newly published 2013 annual review of marine mammal bycatch in commercial fisheries.

The new ranking for the drift gillnet fishery could trigger new protections for sperm whales and other marine mammals. The fishery accidentally captures and kills about 3 sperm whales per year, a rate that is more than double the number that federal biologists say the West Coast population can sustain without risk of extinction.

Shore will be arguing for the phase out of the California drift gillnet fishery at the 40th Annual Fisheries Forum hosted by the California Assembly Joint Committee on Fisheries and Aquaculture on Thursday, April 25, in Sacramento. The hearing will be streamed live after 10 am at this website. http://assembly.ca.gov/dailyfile

Over the past decade, more than 1,000 sea lions, dolphins, whales and turtles drowned after getting tangled in the large-mesh drift gillnets targeting swordfish and shark.

While most gillnets have been banned in California because of their deadly toll on endangered wildlife, the state’s drift gillnet fishery targeting swordfish and thresher shark continues to operate. Nets that stretch a mile are set to “soak” overnight, and catch and drown marine animals indiscriminately.

http://www.seaturtles.org
Add Your Comments
Support Independent Media
We are 100% volunteer and depend on your participation to sustain our efforts!