Add an Event
Newswire
Calendar
Features
Home
Donate
From the Open-Publishing Calendar
From the Open-Publishing Newswire
Indybay Feature
Publish to Newswire
Add an Event
Related Categories: Santa Cruz Indymedia | Health, Housing & Public Services | Police State & Prisons
ALERT: Two Arrested For "Being" in the Pogonip
by Robert Norse
Tuesday Apr 16th, 2013 5:07 PM
I received the following information by phone a few minutes ago. The charges against the two arrested were not clear, though they may be something like "camping" (i.e. survival sleeping during the day--which is not illegal). 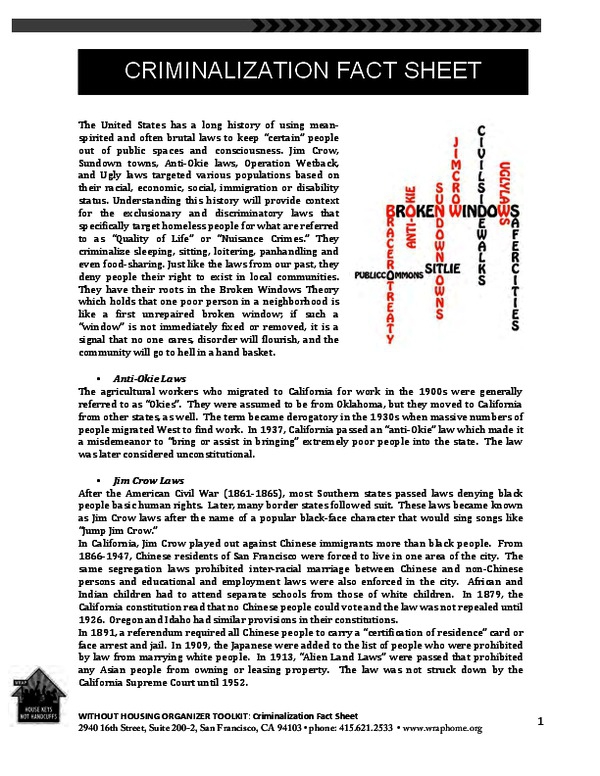 Download PDF (169.0KB)
I just received a preliminary report from two of six people who were accosted by authorities in the Pogonip about an hour or two ago. Two others in the group--Freedom of Occupy Santa Cruz and Andrew--were arrested for failing to leave (the charge was unclear). Since it was during the day, the Pogonip was open. One of those I spoke with, Baba, told me that when he asked what their crime was and why they were being told to leave, one of the three officers (a ranger, a SCPD officer, and a sheriff) told him "what if a family with some children came down and saw you here?"

Baba noted that he first found this offensive with the implication that they were "unsightly" because of their appearance (youthful traveling alternative culture folks). Then on reflection he was even more deeply troubled because the officer's comments implied that the area was open to families but not to "his kind".

Baba noted that the officers did not confiscate any property, gave them time to move their stuff (including two dogs), and told them they could "go to some other city". It was still not clear what Freedom and Andrew were arrested for, but I hope to learn more soon.

Freedom had widely announced her interest in convening a meeting to deal with safe and secure sleeping space for the 100 people denied shelter when the Winter Armory Shelter had its last night on April 14th-15th.

I'm attaching a history of criminalization of the homeless from WRAP (Western Regional Advocacy Project), a group of West Coast organizations fighting for the civil rights of those outside.
§Update
by Robert Norse Tuesday Apr 16th, 2013 5:48 PM
I just spoke with Cody by phone--who reported being there throughout the incident. He clarified that the "crime" for which the two were arrested was "being in a closed area" rather than sleeping. Cody's impression was that the officers (he counted two SCPD and one ranger) would have allowed them to go elsewhere in the Pogonip, though not necessarily to sleep the night (the Pogonip is "closed" at night).

According to the police, Cody reported, the two wouldn't be released until Friday. He said he urged the two of them not to be arrested, and was able to persuade one other in the group to leave. Cody said he'd be at the HUFF meeting tomorrow if people want a direct account.
Add Your Comments
LATEST COMMENTS ABOUT THIS ARTICLE
Listed below are the latest comments about this post.
These comments are submitted anonymously by website visitors.