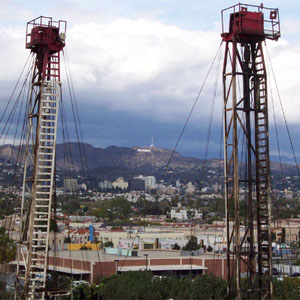 In a precedent-setting victory for fracking opponents, a federal judge ruled that the Obama administration broke the law when it issued oil leases in Monterey County without considering the environmental impacts of hydraulic fracturing.

U.S. Magistrate Paul Grewal of the U.S. District Court in San Jose ruled on March 31 that the federal Bureau of Land Management (BLM) sold the leases without properly assessing the threat that fracking could pose to water, fish and wildlife. Some of these leases are within the Salinas River watershed, habitat for endangered Central Coast steelhead.

Fracking, or hydraulic fracturing, is the controversial, environmentally destructive process of injecting millions of gallons of water, sand and toxic chemicals underground at high pressure in order to release and extract oil or gas. Many Delta advocates believe that the peripheral tunnels proposed under the Bay Delta Conservation Plan (BDCP) will be used to deliver water to expand fracking operations in Kern County and coastal areas.

The ruling responded to a suit brought by the Center for Biological Diversity and the Sierra Club that challenged a September 2011 BLM decision to auction off about 2,500 acres of land in southern Monterey County to oil companies.

"WSPA's position on hydraulic fracturing is well known and well documented: in the 60 years that the practice has been in use in California, there has been no evidence that it has caused harm to public health or to the environment," said Reheis-Boyd in her blog on the WSPA website. "Hydraulic fracturing is also subject to strict rules and oversight by various government agencies, with the industry working with regulators to further strengthen safety and transparency requirements." (http://www.wspa.org/blog/index.php/wspa-message/the-other-side-of-the-hydraulic-fracturing-debate/)

Fracking opponents strongly contest the claims of Reheis-Boyd and other oil industry officials that fracking doesn't cause any harm to public health or to the environment.

“This important decision recognizes that fracking poses new, unique risks to California’s air, water and wildlife that government agencies can’t ignore,” said Brendan Cummings, senior counsel at the Center, who argued the case for the plaintiffs. “This is a watershed moment — the first court opinion to find a federal lease sale invalid for failing to address the monumental dangers of fracking.”

"The controversial technique is already being used in hundreds — perhaps thousands — of California oil and gas wells," according to a joint statement from the two groups. "Oil companies are aggressively trying to frack the Monterey Shale, which stretches from the northern San Joaquin Valley into Los Angeles County, and west to the coast. Extracting this oil will certainly require more fracking in California."

"Fracking for oil and gas is inherently a dirty and dangerous process that decimates entire landscapes,” said Brune. "We know without a doubt that fracking will lead to increased use of fossil fuels at a time when we should be doing everything we can to keep dirty fuels in the ground and doubling down on clean energy."

The groups said fracking, whether for oil or natural gas, has been tied to water and air pollution in other states, and releases huge quantities of methane, a dangerously potent greenhouse gas. Increased fracking threatens to unlock vast reserves of previously inaccessible fossil-fuel deposits that would contribute to global warming and bring us closer to climate disaster.

Fracking also routinely employs numerous toxic chemicals, including methanol, benzene and trimenthylbenzene. A recent study from the Colorado School of Public Health found that fracking contributes to serious neurological and respiratory problems in people living near fracked wells, while putting them at higher risk of cancer at the same time.

“In an era of dangerous climate change, the Obama administration should not sell off our public lands to be fracked for fossil fuel development that will only speed up global warming,” added Cummings. “We hope this court ruling acts as a wake-up call that steers the federal government away from sacrificing California’s public lands for dangerous oil development.”

Judge Grewal has asked for a joint recommendation on the next steps in the case.

"The Center and the Sierra Club believe the lease sale should be set aside. At a minimum, no drilling or fracking on the leases will be allowed before the completion of thorough analysis of the environmental risks," according to the groups.

The campaign by the oil industry to frack California cannot be understood without understanding the increasing power of the industry in California politics and environmental processes.

On December 19, 2012, a series of alleged “marine protected areas,” overseen by a big oil lobbyist, a coastal real estate developer, a marina corporation executive and other corporate interests, went into effect on California’s North Coast. These “marine protected areas,” created under the privately funded Marine Life Protection Act (MLPA) Initiative, fail to protect the ocean from fracking, oil drilling, pollution, wind and wave energy projects, military testing and all human impacts other than fishing and gathering.

The greenwashing of a big oil lobbyist

In a big scandal largely ignored by the mainstream media, Catherine Reheis-Boyd, the President of the Western States Petroleum Association, not only chaired the Marine Life Protection Act Blue Ribbon Task Force to create so-called "marine protected areas" on the South Coast, but also served on the task forces to create “marine reserves” on the North Coast, North Central Coast and South Coast.

While this court victory is very welcome news for fracking opponents, it is important for anti-fracking activists to understand the role MLPA Initiative advocates and state officials played in facilitating a big oil industry lobbyist's rise to power while creating "marine protected areas" that don't protect the ocean from oil drilling, fracking, pollution, wind and wave energy projects and all human impacts other than sustainable fishing and gathering.