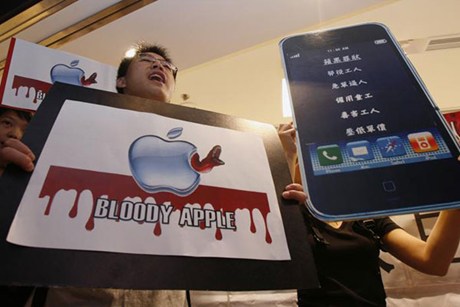 Apple workers face inhuman conditions and the suicides at Foxconn are the results of these conditions.
http://www.laborfest.net
§Apple Workers
by LaborFest Thursday Apr 4th, 2013 10:11 AM 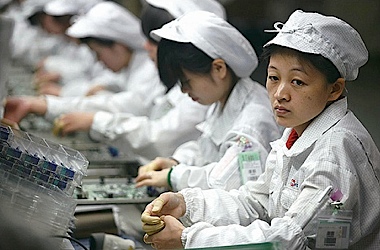 Apple workers on the assembly line in China. Apple makes billions from their sweat shop labor and this film looks at the lives of these workers.
http://www.laborfest.net
§PDF Of Flyer For May Day Screening
by LaborFest Thursday Apr 18th, 2013 3:45 PM 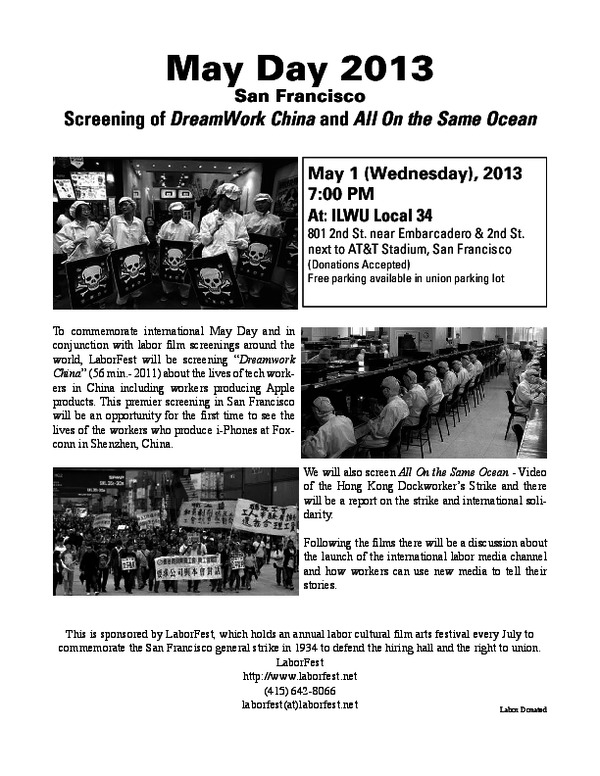 Download PDF (257.7KB)
PDF of flyer For May Day 2013 Screening
http://www.laborfest.net
Add Your Comments
Support Independent Media
We are 100% volunteer and depend on your participation to sustain our efforts!