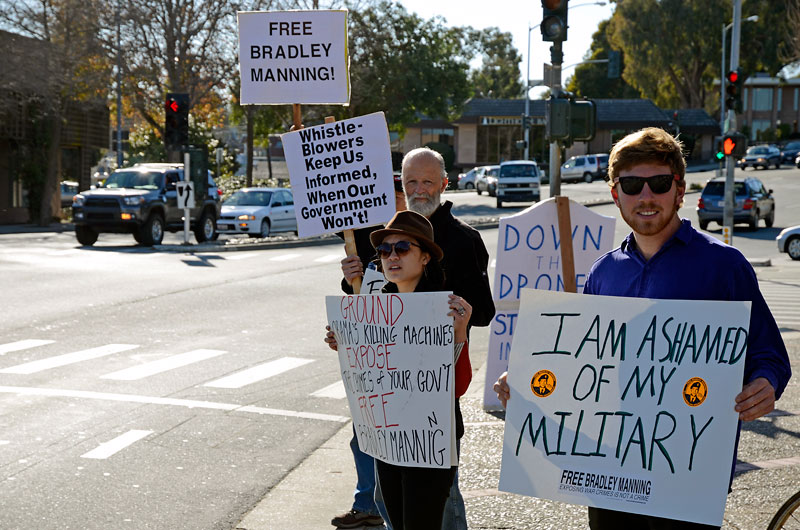 At the Town Clock, a number of community members held signs that described Bradley Manning as a "hero" and one sign described what he has endured in prison and solitary confinement as "torture." The overwhelming sentiment of the Santa Cruz group was that Manning is a whistleblower and that the role he played exposing the military's crimes was crucial to the functioning of U.S. democracy, as well as a legally permissible activity.

Participating in the rally were several members of Sin Barras, a group of community members interested in prison abolition. They describe themselves as meeting regularly to, "support inmates and their struggles, organize rallies in support of prisoners, send literature to inmates, and have study groups ranging from Ruth Gilmore's writings to works about gender in prisons to testimonies of Palestinian prisoners."

Two tables located in front of the Town Clock at the rally offered Bradley Manning information and stickers, and a number of people passing by had questions answered.

Manning has gone for nearly three years without a trial, and he is preparing for a court appearance this week where he will face charges against him for allegedly releasing the largest number of classified documents in U.S. History, which were published by Wikileaks.

Charged with a variety of offenses, including communicating national defense information to an unauthorized source, and aiding the enemy, Manning's supporters cite many examples from the documents allegedly released by him that pertain to human rights violations on the part of the U.S. government.

The so called Iraq War Logs recorded military events from 2004-2009, and information in them added 15,000 civilians deaths to the total death count in that War, raising it to 150,000. The leaks detailed thousands of torture accounts by coalition forces, and also allegations of human trafficking by DynCorp, a U.S. defense contractor in Afghanistan. 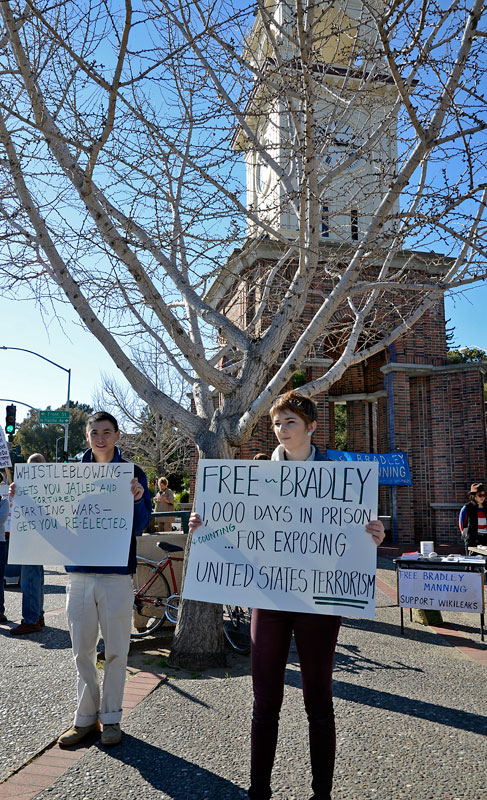 Whistleblowing - Gets You Jailed and Tortured, Starting Wars - Gets You Re-Elected
Free - Bradley, 1,000 Days in Prison (and counting) for Exposing United States Terrorism
§Exposing War Crime Is No Crime
by Alex Darocy Sunday Feb 24th, 2013 9:15 PM 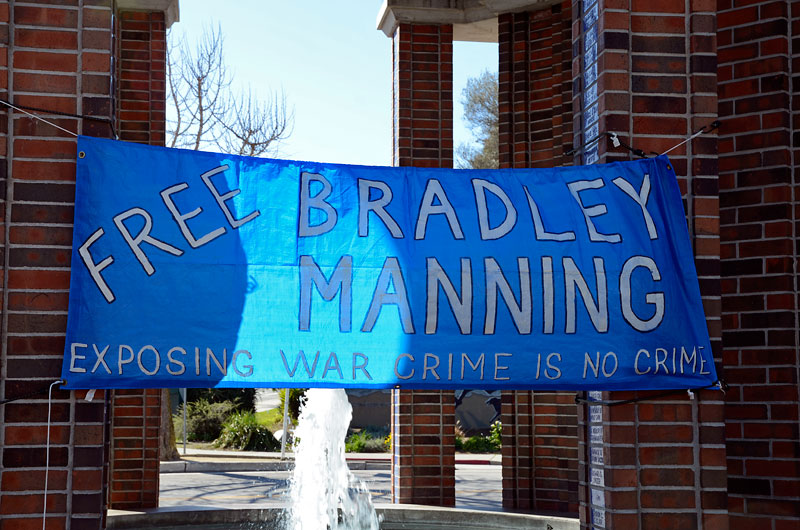 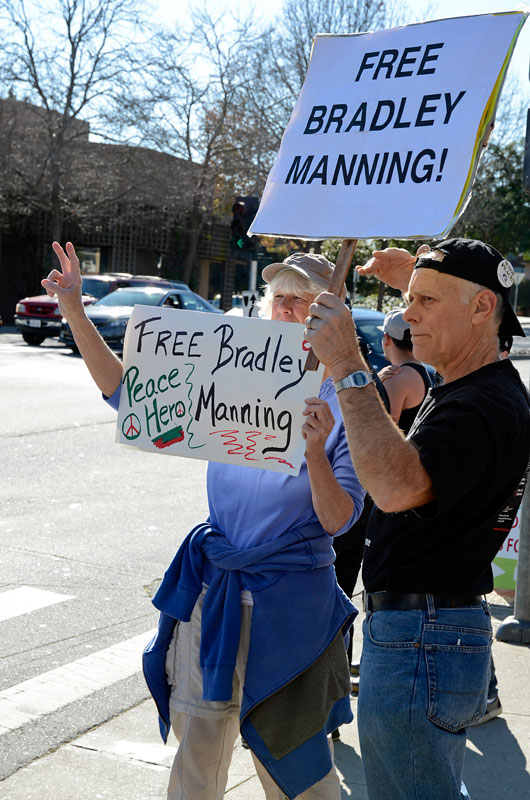 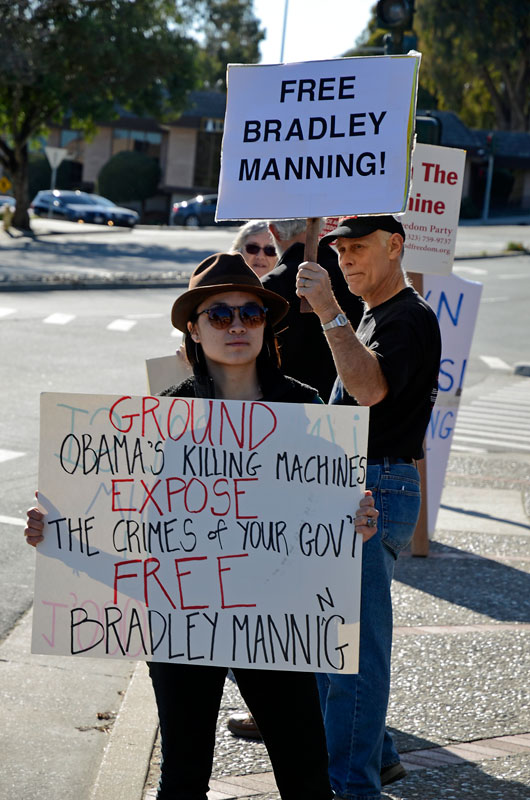 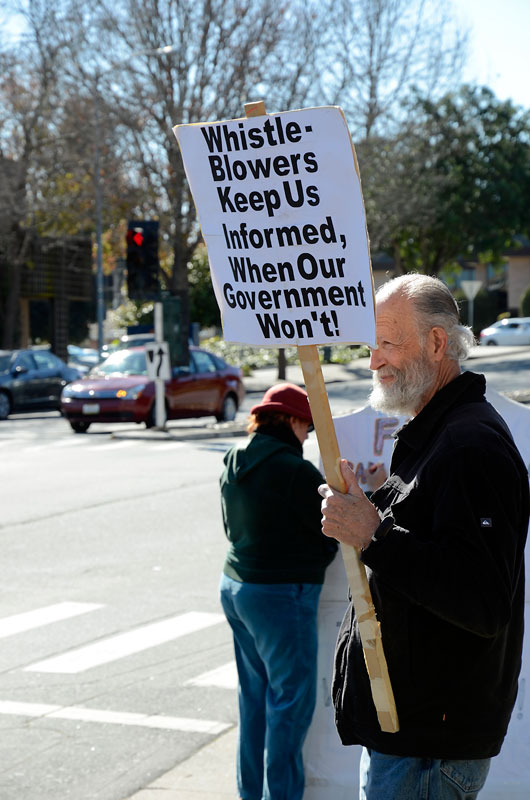 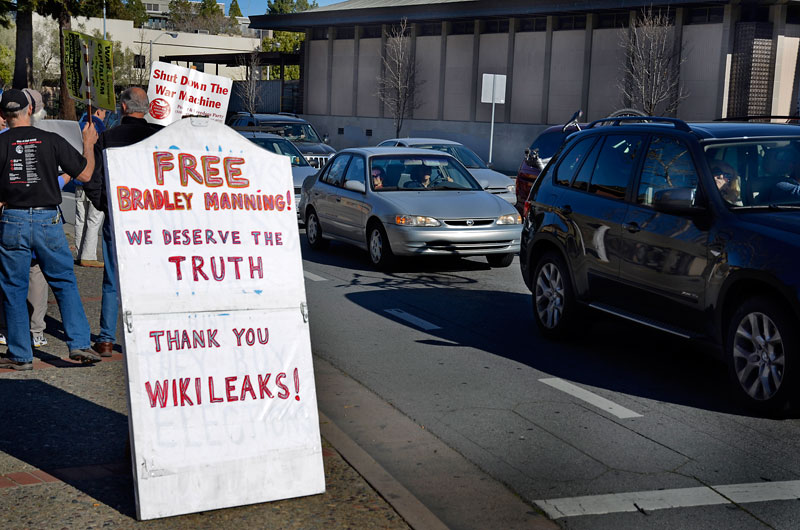 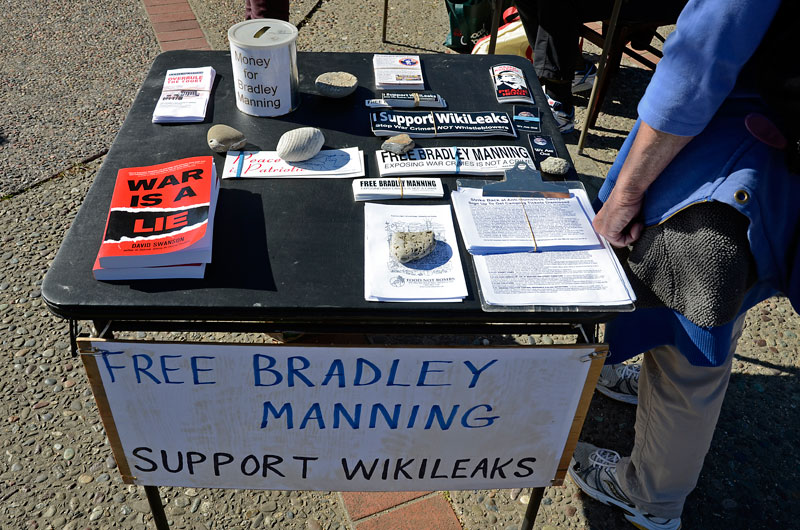 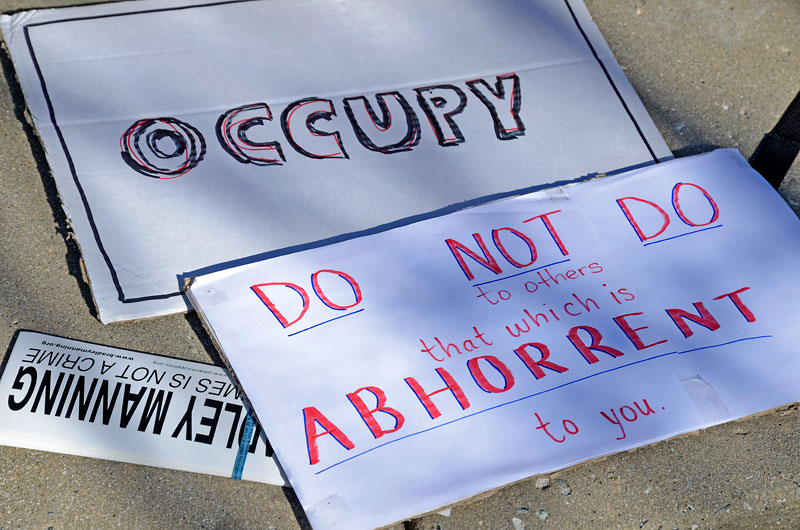 Occupy
Do Not Do to Others That Which is Abhorrent to You
§Santa Cruz Town Clock
by Alex Darocy Sunday Feb 24th, 2013 9:15 PM 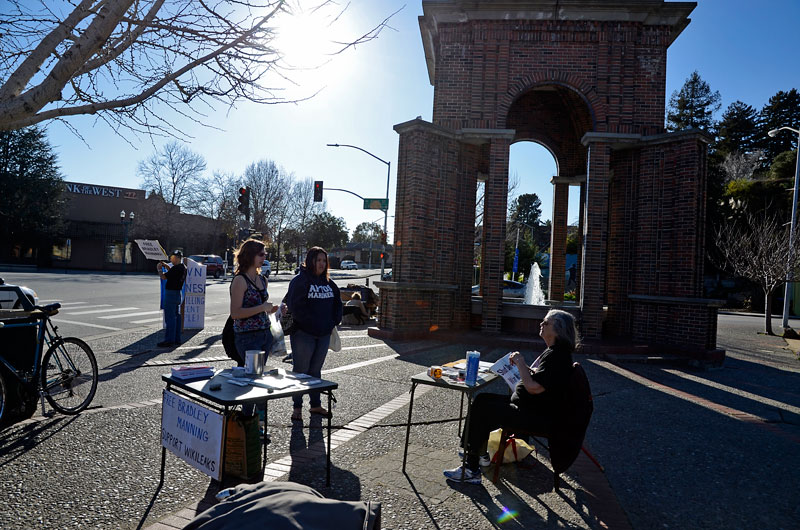