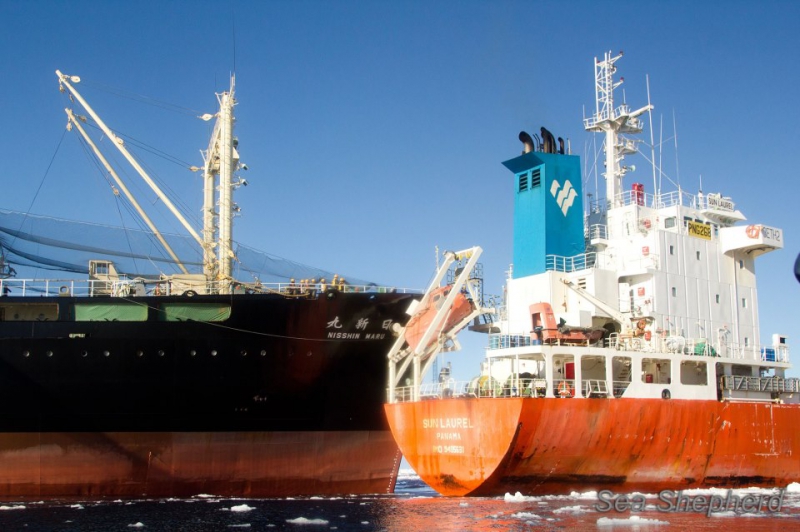 The Sea Shepherd ships Sam Simon, Steve Irwin and Bob Barker were all rammed repeatedly by the Japanese factory ship with the Bob Barker sustaining damage to its stern and engine room and taking on water. No injuries were sustained in the collisions, and the situation on the Bob Barker has stabilised with power now restored. The Nisshin Maru also rammed the whaling fleet supply ship the Sun Laurel damaging both life boats. Read full Sea Shepherd breaking news account below.

Refuelling below 60 degrees South is illegal

Refuelling below 60 degrees south is illegal under the Antarctic Treaty, under Australian law and under international law (MARPOL), and the Japanese fleet is in blatant breach in all these jurisdictions. Japan is a signatory to the Antartic treaty.

The Sun Laurel has already spilt oil into the southern ocean below 60 degrees and inside the Australian Antarctic Territorial waters while attempting to refuel the Nisshin Maru with heavy fuel oil (HFO). Sea Shepherd Australia reported:

"The Sun Laurel is in direct violation of international law. Marpol Regulation 15 Subpart B, Discharge in Special Areas Point 4 states: "In respect of the Antarctic area, any discharge into the sea of oil or oily mixtures from any ship shall be prohibited." In addition, The Sun Laurel has failed to issue a statement on their spill to AMSA, which puts them in breach of MARPOL'S Pollution Incident Reporting Regulations. Marpol 73/78 is the International Maritime Organisation's Convention for the Prevention of Pollution From Ships, to which all sea-going vessels are bound."

It is believed the Sun Laurel has never navigated in the Antarctic ice pack before. But early this morning at about 2am, the Sun Laurel went into the ice, just 15 miles off the ice shelf, and was surrounded by pack ice and ice floes. The Steve Irwin and Sam Simon maintained their positions close to the sun Laurel while the Bob Barker stayed following the slipway of the Nisshin Maru, while the three Japanese harpoon ships circled firing their high powered water cannon.

The Whaling fleet departed Japan much later this year and Sea Shepherd found the whaling fleet on January 29th, before any whales were killed. The fleet was chased for 2500 nautical miles westward for 18 days. There was a two day period when the Nisshin Maru stopped with one harpoon vessel the Yushin Maru #2. That allowed the Bob Barker to catch up with whalers. Some whales may have been killed during that two-day period but not very many.

As the Bob Barker caught up with the Nisshin Maru on Friday 15 February they witnessed one whale being hit by an explosive harpoon and witnessed it's dying over several minutes. They were able to deter transfer of the whale in some brinksmanship behind the Nisshin Maru. With the arrival of the Steve Irwin on Saturday Whaling was shut down. Watch youtube video of SS Bob Barker hindering a whale transfer that took 7 hours to do.

On Sunday, after some dangerous seamanship by Japanese Captains, the Sam Simon withdrew from it's position near the Sun Laurel and witnessed the refuelling of the Yushin Maru and the Shonan Maru. Sam Simon Captain Luis Manho said: "At this point I realised that these poaching ships were determined to refuel regardless of any consequence, be it large scale oil pollution, property damage, or risk of life at sea. In order to protect my crew as well as the marine life of the Southern Ocean, I decided it was in the best interest of all concerned to back away and document this dangerous fuelling operation."

Bad weather and sea ice moves in during mid March, so the Japanese whalers have about 23 days left before the whaling season will be over. It seems the Japanese Captains are taking great risks with the lives of their crews and the crews of the Sea Shepherd ships this year.

Here is the full account by Sea Shepherd of the Nisshin Maru ramming 4 vessels in the Southern Ocean. It was posted to Facebook about 17:50 19 February 2013 (Melbourne Time):

Feb. 20, 2013 - MELBOURNE, Australia -- The SSS Bob Barker and SSS Steve Irwin have been rammed by the Japanese whaling fleet's massive factory vessel, the Nisshin Maru. The floating slaughter-house is eight times the mass of the Steve Irwin.

On load-speaker, the Shonan Maru No. 2 ordered Sea Shepherd's Australian flagged ship, the SSS Sam Simon, which is located in the Australian Antarctic Territory, to leave the area on the orders of the Government of Japan. Concussion grenades were thrown at the Bob Barker and the Steve Irwin by the crew of the Nissin Maru.

Captain Peter Hammarstedt radioed the whaling fleet's factory vessel, the Nisshin Maru, and told them that the Bob Barker intended to maintain course and speed, that the moral and legal obligation to avoid the collision was on the Nisshin Maru.

The Nisshin Maru, turned and was approaching from starboard. It nearly collided with Bob Barker, before it turned into Steve Irwin, and rammed the Sea Shepherd ship's stern.

The Nisshin Maru continued on its collision course, and rammed the portside of the Steve Irwin.

The Bob Barker took the Steve Irwin's position on the portside of the Sun Laurel.

The Bob Barker completely lost power and issued a MayDay distress call. As this distress call was issued, the Nisshin Maru turned away and began fleeing north.

Currently the Sun Laurel is being escorted north by the Sea Shepherd fleet, since they have no emergency life-saving devices in the potentially treacherous waters of the Southern Ocean. Director of Sea Shepherd Australia, Jeff Hansen said, "The Nisshin Maru has committed the maritime equivalent of a hit and run accident. They have rammed the Sun Laurel, putting them in perilous danger, and simply abandoned them."

All vessels are heading north with the illegal whale poachers from Japan two miles ahead of Sea Shepherds' fleet.

All three Sea Shepherd ships were rammed, with the Bob Barker sustaining the heaviest damage. Power has been restored to the Bob Barker. Fortunately no crewmembers sustained injuries. The crews completed the mission to block the refuelling and will continue to protect the whales in the sanctuary. 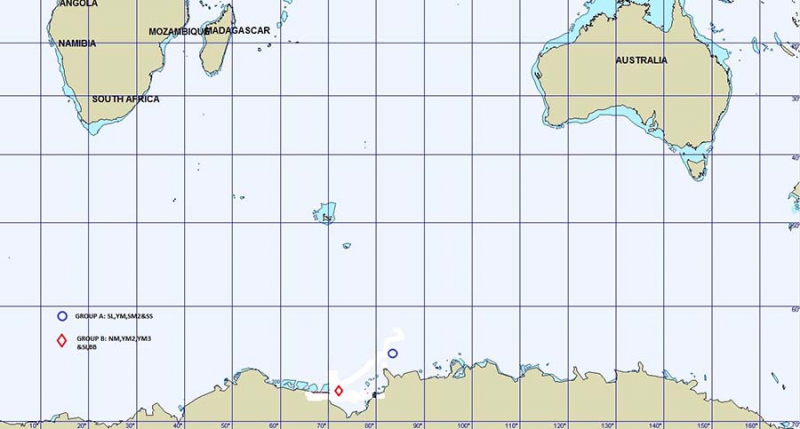 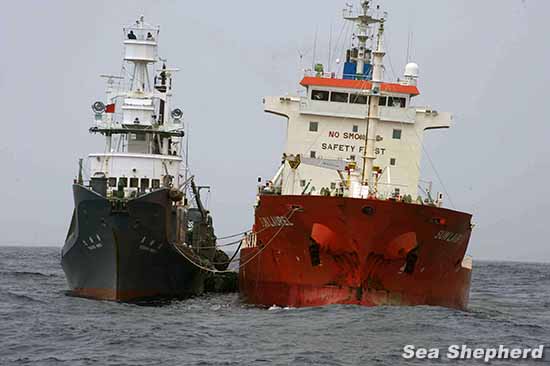