by KPFA Evening News/Ann Garrison
Andrea Prichett of Berkeley Copwatch told KPFA that Copwatch is seeking firsthand witnesses to the violent struggle between Berkeley Police and a transgendered woman of color at her home, the Gaia Building at 2116 Allston Way, and asking them to call Copwatch at (510) 548-0425. Prichett also encouraged citizens of Berkeley to call the Berkeley Police Department to demand a thorough investigation and full disclosure. Copwatch will hold a meeting on Monday, 02.18.2013, at 7 pm, at their office at 2022 Blake Street in Berkeley, for those willing to help with their ongoing citizen investigation of why the so-called mental health evaluation became fatal.
Listen now:
Copy the code below to embed this audio into a web page:
Download Audio (961.8KB) | Embed Audio 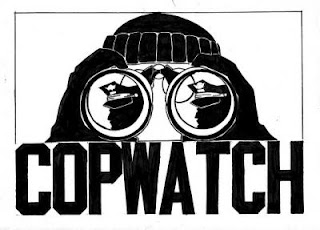 Radio transcript at http://www.anngarrison.com/audio/2013/02/406/17/berkeley-copwatch-investigating-transgendered-womans-death.
END_OF_DOCUMENT_TOKEN_TO_BE_REPLACED
Add Your Comments
Support Independent Media
We are 100% volunteer and depend on your participation to sustain our efforts!