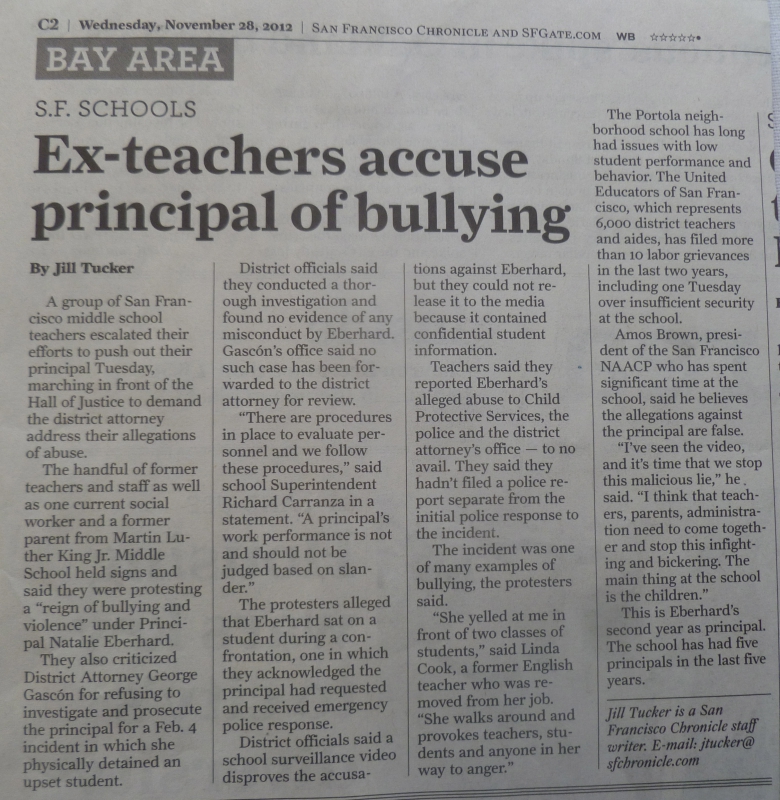 original image (3031x3107)
The United Educators Of San Francisco have filed complaints of bullying of teachers at the MLK Middle School but the Principal Natalie Eberhard is still in place
http://www.upwa.info
Add Your Comments
Support Independent Media
We are 100% volunteer and depend on your participation to sustain our efforts!