Add an Event
Newswire
Calendar
Features
Home
Donate
From the Open-Publishing Calendar
From the Open-Publishing Newswire
Indybay Feature
Publish to Newswire
Add an Event
Related Categories: California | Central Valley | Environment & Forest Defense | Government & Elections
Brown administration employs water cut announcement to promote tunnels
by Dan Bacher
Tuesday Feb 12th, 2013 12:20 PM
"Time and time again, the best available Delta science has shown that Delta Smelt and other threatened fish species are on the brink of collapse due to too much water being taken out of the Delta," said Barbara Barrigan-Parrilla, executive director of RTD. "In the face of the threatened extinction of fish species, the Brown Administration has presided over record-high water exports." 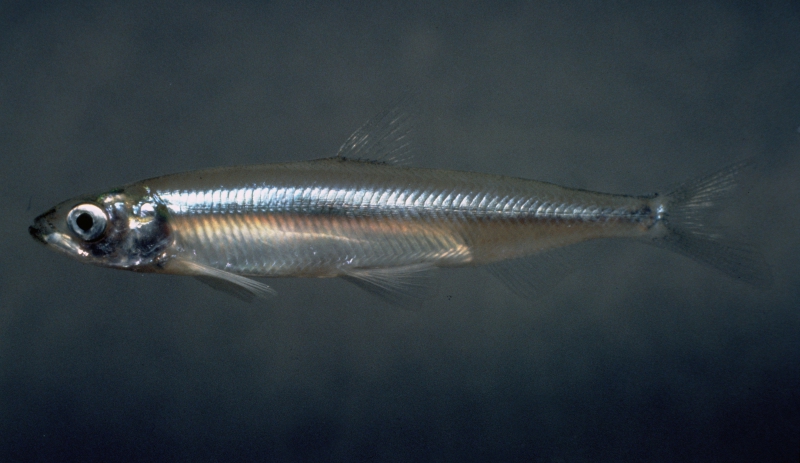 Brown admininistration officials used an announcement that water supplies from south Delta pumping facilities have been reduced significantly in early 2013 to protect Delta smelt as yet another opportunity to promote the construction of the controversial peripheral tunnels.

On February 8, further water restrictions were ordered as "take" of adult Delta smelt by the facilities approached the number allowed as "incidental" to project operations. Between Nov. 1, 2012 and Jan. 31, 2013, the pumping curtailment reduced deliveries from the State Water Project (SWP) and Central Valley Project (CVP) to water districts in the Central Valley, Southern California, and San Francisco Bay Area by approximately 700,000 acre-feet – "enough to irrigate more than 200,000 acres of farmland or supply 1.4 million households for a year," according to Mark Cowin, Department of Water Resources Director.

"Even with restricted pumping, the number of Delta smelt salvaged at the federal and state water projects pumps reached 232 by Feb. 6, and the U.S. Fish and Wildlife Service determined that pumping should be curtailed even more significantly," according to Cowin. "The California Department of Water Resources and U.S. Bureau of Reclamation -- operators of the CVP and SWP, respectively – are now conferring with the U.S. Fish and Wildlife Service on measures to protect Delta smelt and provide for the water security of California."

“The actions the Service are requesting were recommended by the joint federal-state Smelt Working Group and are intended to reduce the incidental take of delta smelt,” said Lohoefner. "“The current water year has unfolded in a unique way and Reclamation and the Department of Water Resources have worked hard with the Service to find solutions during a difficult season. The agencies, including California Department of Fish and Wildlife, are closely monitoring the situation and are conferring on appropriate measures to protect delta smelt while ensuring the ongoing availability of water supplies for millions of Californians.”

The Delta smelt, listed as "endangered" under the Endangered Species Act, is an indicator species found only in the Sacramento-San Joaquin River Delta. The health of the smelt population demonstrates the health of the Bay-Delta ecosystem - and protecting smelt is necessary to protecting Central Valley salmon, steelhead, Sacramento splittail, longfin smelt, striped bass, American shad, white sturgeon, green sturgeon and other fish species that use the estuary as a spawning ground, nursery, forage grounds and migratory corridor.

"The situation unfolding now in the Delta, in which both native fish and water supply reliability are compromised, is what multiple parties seek to address through the Bay Delta Conservation Plan (BDCP)," Cowin claimed. "For the last six years, federal and state agencies, including the California Natural Resources Agency, have worked with water districts, environmental groups and other interested parties to craft this plan under the U.S. and California endangered species acts to restore the Delta ecosystem, stabilize water deliveries, and safeguard water supplies from a catastrophic flood and sea-level rise."

Cowin said the BDCP considers construction of new water intake structures along the Sacramento River, 35 miles north of the existing pumping plants in the south Delta. The proposal includes three separate intakes on the river, with a combined diversion capacity of 9,000 cubic feet per second. Twin tunnels would carry water beneath the Delta to the existing CVP and SWP pumps in the south Delta.

The BDCP also proposes to create at least 100,000 acres of wildlife habitat, including the tidal marsh and inundated floodplain.

Cowin claimed the "flexibility" provided under the operation of the BDCP's peripheral tunnels would have prevented these cutbacks on water to corporate agribusiness and water agencies.

"Modeling by the California Department of Water Resources shows that if such an alternative conveyance system had been in place this winter, the state and federal projects could have diverted approximately 700,000 acre-feet of additional water between Nov. 1, 2012 and Jan. 31, 2013 while still meeting all water quality and endangered species requirements," Cowin stated.

He noted that Delta smelt rarely move as far north in the Sacramento River as the proposed locations considered by the BDCP.

"This winter provides a case study in why we must find a better way to balance needs in the Delta," said Cowin. "The current plumbing configuration in the Delta serves neither people nor fish and wildlife well. Climate change will only increase the stress and conflict. California needs a rational discussion of the options presented by the BDCP, because to do nothing invites disaster."

"The current approach is untenable: It too often puts our native and imperiled fish species in the West Coast's largest estuary too close to the south Delta pumps," echoed California Department of Fish and Wildlife Director Charlton H. Bonham. "State and federal fishery agencies will continue to cast a critical eye on BDCP's specifics, but we are confident that in concept a new diversion point can reduce this conflict between a healthy estuary and water needs in our economy."

Both Bonham and Cowin told reporters that "state of the art" fish screens would be installed on the proposed intakes to stop the loss of Central Valley, salmon and other fish species.

Restore the Delta (RTD) criticized the latest episode in the Brown administration’s campaign to construct peripheral tunnels to take millions of acre-feet of water from the Delta, mainly to benefit "mega-growers" on the west side of the San Joaquin Valley. The coalition pointed out the hypocrisy of the Brown administration saying it aims to "restore" the Delta when it has presided over record water exports out of the estuary.

"Time and time again, the best available Delta science has shown that Delta Smelt and other threatened fish species are on the brink of collapse due to too much water being taken out of the Delta," said Barbara Barrigan-Parrilla, executive director of RTD. "In the face of the threatened extinction of fish species, the Brown Administration has presided over record-high water exports."

The Brown administration presided over record water exports to corporate agribusiness and Southern California in 2011, resulting in the "salvage" of a record 9 million Sacramento splittail and over 2 million other fish including Central Valley salmon, steelhead, striped bass, largemouth bass, threadfin shad, white catfish and sturgeon. The state and federal pumping facilities exported 6,520,000 acre-feet in 2011 – 217,000 acre-feet more than the previous record of 6,303,000 acre-feet set in 2005.(http://www.counterpunch.org/2012/05/07/carnage-in-the-pumps)

"Where was their deep concern for the Delta smelt, salmon and other species during the past two years? The Peripheral Tunnel proponents are proposing a new diversion for one purpose: get the Peripheral Tunnels built ASAP," she emphasized.

"For state officials to say that changing the diversion point is to protect Delta smelt, and not simply to provide more water for export, is disingenuous," said Barrigan-Parrilla. "The water-takers have failed for decades to install fish screens that work. Why would we believe their new Peripheral Tunnels would properly screen fish?"

She noted that the technology for the alleged "state of the art" fish screens to be placed at the new diversion point has not yet been developed.

"How can the Administration advocate that changing the diversion point with new intakes is the silver bullet to help Delta smelt, when they don’t know if it will work? In addition, they don’t know if fish can recover and survive when passing three large intakes," Barrigan-Parrilla.

She pointed out there are environmental laws that must be followed in changing any Delta diversion point. These laws include the state and federal Endangered Species Act, the Clean Water Act, California Environmental Water Quality Act (CEQA), the Fish and Game Code and the Central Valley Project Improvement Act of 1992, which mandated the doubling of anadromous fish populations, including Sacramento River chinook salmon, Delta smelt, white and green sturgeon, Central Valley steellhead, striped bass and American shad by 2002.

"Officials cannot simply change the diversion point for Delta exports," said Barrigan-Parrilla. "They will have to move through processes with the State Water Resources Control Board, and show that this change will not have an adverse impact on Delta communities."

Meanwhile, the battle to stop the proposed Delta tunnels plumbing plan has a new footing in Southern California. The Southern California Watershed Alliance (SCWA), an organization headquartered in Santa Monica and committed to "bring reason, logic, and science" to the debate over water in California, produced television and web commercials to point people to their new web site, http://www.deltatunnelsboondoggle.com.

“It’s simple, it’s a boondoggle," said Conner Everts, SCWA Executive Director. “Southern California residents would get little water from the Delta Tunnels project - we only get 25% now and there is no new water- yet our water bills will skyrocket along with our taxes."