original image (2697x1031)
An eviction of a significant number of homeless people at a downtown encampment will probably take place on Thursday, February 14. According to residents of the homeless encampment, located near Monterey and E street, they were told by the owner of the property they are living on that they have until Thursday to “move on.” The owner was accompanied by several officers from the Fresno Police Department and a truck & crew from the Fire Department.

One homeless man told me this afternoon (Monday, February 11) that the owner of the property said he would be bulldozing the vacant lot on Thursday and everything would be destroyed. “He told me to get the fuck out of here,” he shared with me as he sorted through recycled items sitting in several shopping carts on the property. When I asked if he was sure it was the owner, he said “well, he had the police with him, so it looked pretty convincing to me.”

Unlike other evictions by the City of Fresno, there are no signs posted to notify the residents of the demolition that is to come. Julie (not her real name), said someone had posted an eviction notice about a month ago, but those were torn down within an hour or two. The owner told her that he did not have to post notices because it is his property.

There was an eviction that took place in the spring of 2012 at another homeless encampment, behind the grain silos near Palm and H street, that was similar. This was private property, the owner made numerous attempts to force the homeless to move, and eventually put a fence around the property to force the eviction. Many of the homeless people from that encampment moved about 200 feet south and occupied a different vacant lot. They have not been threatened with eviction again, as far as I know.

Can the owner of a vacant lot take and immediately destroy homeless peoples property? Did the City of Fresno threaten the owner with legal action if he did not move against the homeless? Will FPD officers participate in the demolition or arrest anyone if they resist? Observers are needed starting early Thursday morning. If you can help, meet at the encampment starting at 7 a.m. on Thursday. Bring your video or still camera to document what takes place. If you can’t come until later, let me know so we can coordinate having someone there all day.

Demolitions of homeless encampments in October and November of 2011 resulted in over 30 lawsuits against the City of Fresno claiming that the city violated homeless peoples legal rights by taking and immediately destroying their property. Those cases are working their way through the court. Without this litigation it is likely that the city would have been more aggressive in their attacks on the homeless. A new strategy of forcing property owners to evict the homeless may be emerging as City Hall seeks to avoid additional lawsuits. 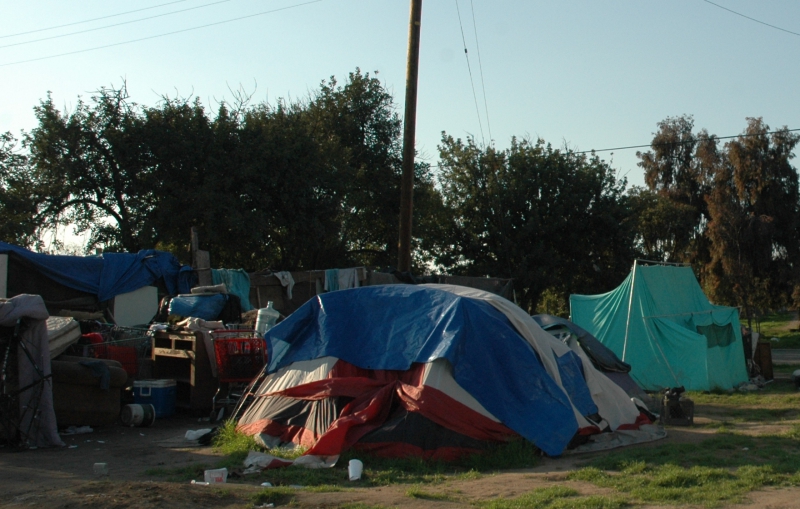 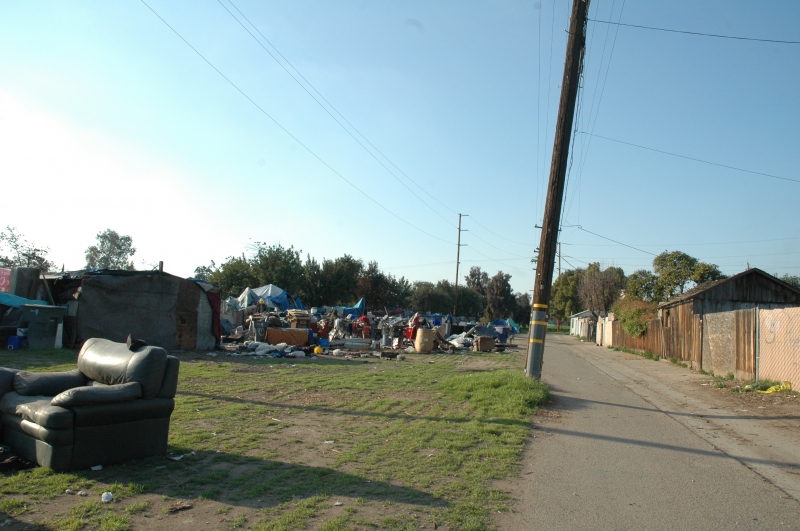 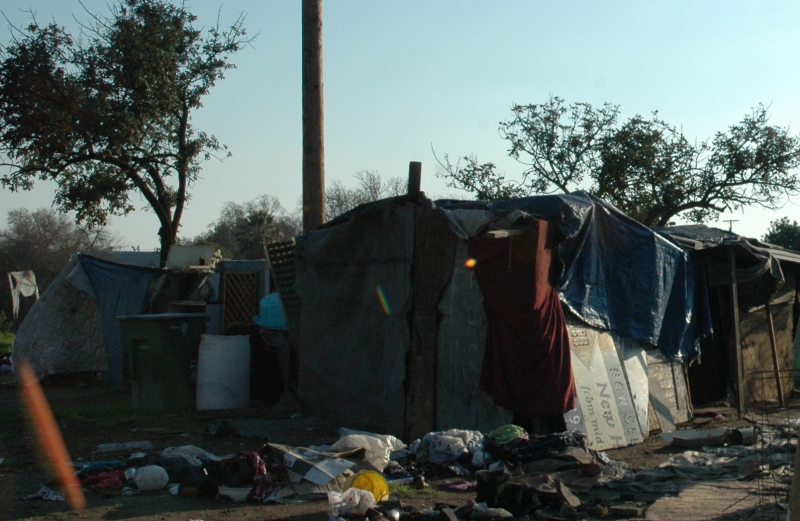 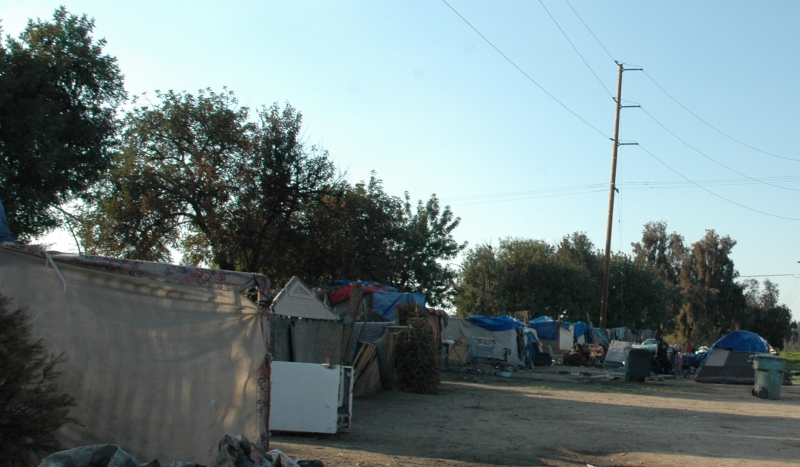 §Human Rights in the USA
by Citizen
Wednesday Feb 13th, 2013 7:32 PM
This is the freedom they promised us?
This is an affront on Human Rights and dignity!

Thank you for bringing this to our attention!
Add a Comment
Support Independent Media
We are 100% volunteer and depend on your participation to sustain our efforts!