On February 8th, 2013 at 3:50 pm a drone was sighted hovering above a neighborhood in West Oakland. There didn't seem to be a focus, it just maintained it's position above properties. It is not known at this point what agency or individual was operating the craft. 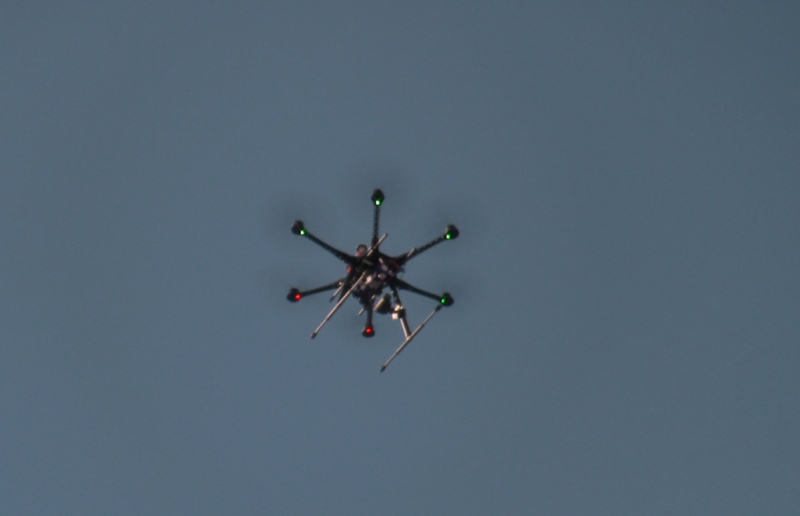 original image (1018x657)
Alameda Sheriff's recently released their intended policies around the use of drones. You can take a read here.
http://nomby.wordpress.com/2013/02/08/acso-drone-policy-draft/

Once introduced into their arsenal, they would be used for a variety of purposes ranging from counter terrorism operations, chases, search and rescue, surveillance, as well as other operations.

http://youtube.com/jacobzladder
§Video: Drone hovering above West Oakland
by Jacob Crawford Friday Feb 8th, 2013 11:07 PM
Copy the code below to embed this movie into a web page:
Download Video (6.6MB) | Embed Video
This video was shot by Jacob Crawford
http://youtube.com/jacobzladder
Add Your Comments
LATEST COMMENTS ABOUT THIS ARTICLE
Listed below are the latest comments about this post.
These comments are submitted anonymously by website visitors.