Add an Event
Newswire
Calendar
Features
Home
Donate
From the Open-Publishing Calendar
From the Open-Publishing Newswire
Indybay Feature
Publish to Newswire
Add an Event
Related Categories: San Francisco | Womyn
Celebration of Roe v. Wade in SF
by Caitlyn K.
Sunday Jan 27th, 2013 1:56 AM
Justin Herman Plaza was the site of a large feminist celebration on Saturday, January 26, as this week marks 40 years since the passage of Roe v. Wade. 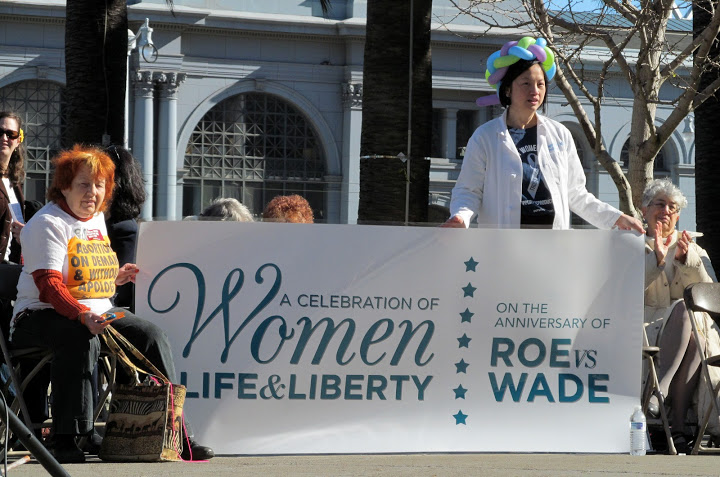 At 10 am the event started with speakers including the famously Limbaugh-bashed birth control champion Sandra Fluke. Also speaking were Evan Lowe, first gay mayor of the city of Campbell in the South Bay, and Pat Maginnis who kick-started the abortion rights movement in California in 1960 by distributing petitions, surveys, and leaflets on street corners and in classrooms. Dr. Sophia Yen in white coat spoke of the medical catastrophes that happened before the legalization of abortion in the US.

Later in the morning, CodePink members modeled their vagina costumes and a flash mob celebrating all humanity wove their magic in the center of a crowd of hundreds gathered in the plaza.
§Raging Grannies in the audience listen to speakers
by Caitlyn K. Sunday Jan 27th, 2013 1:57 AM 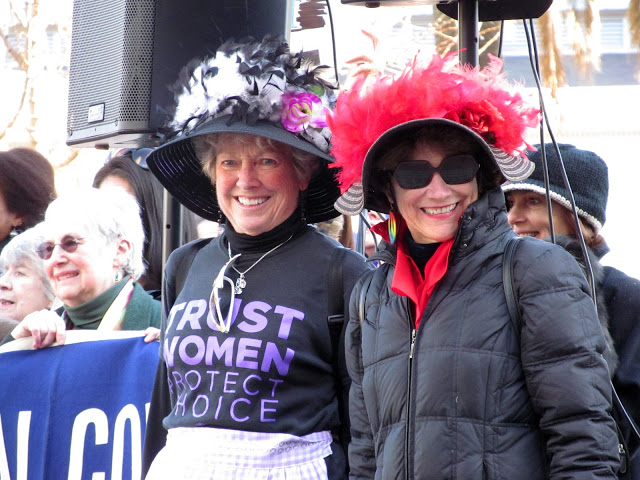 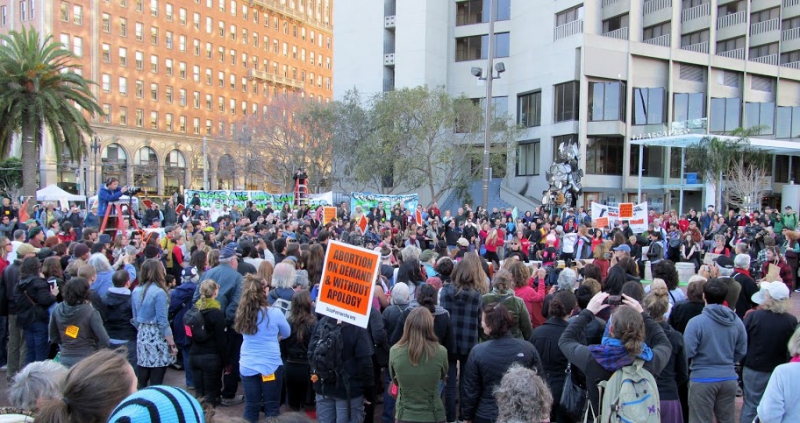 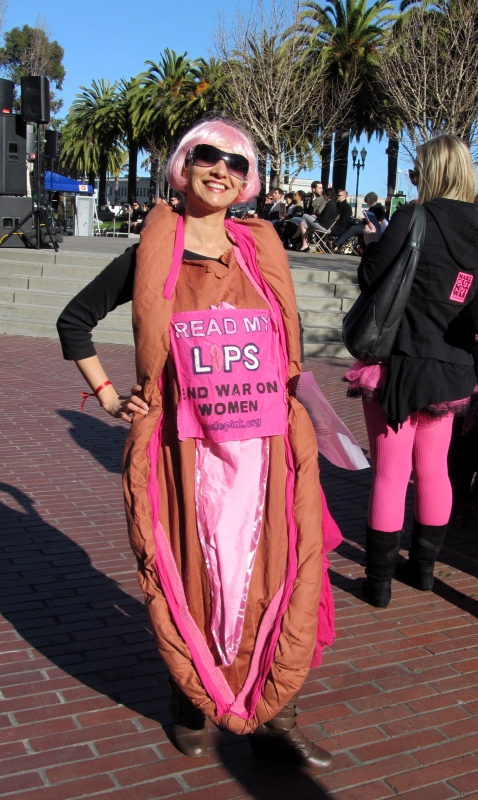 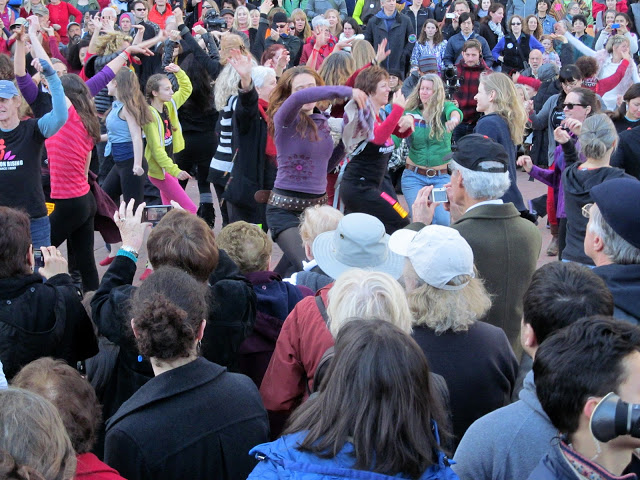 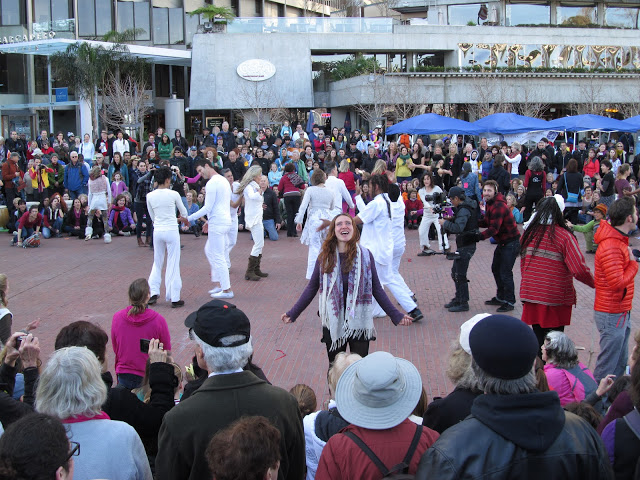 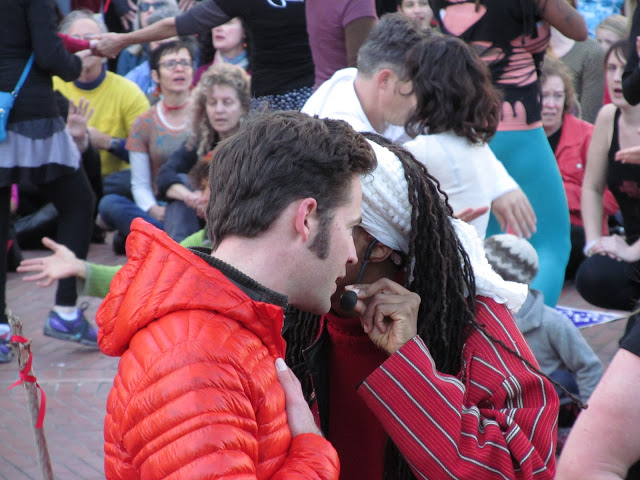 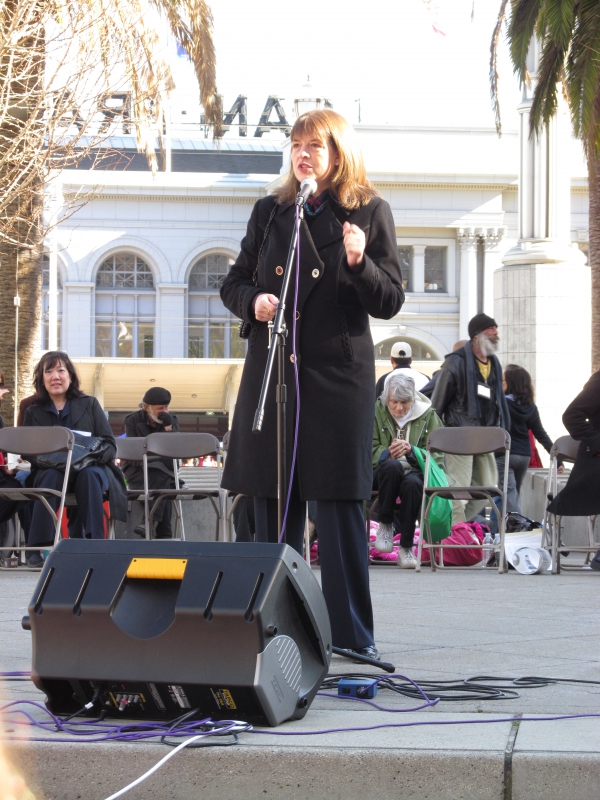 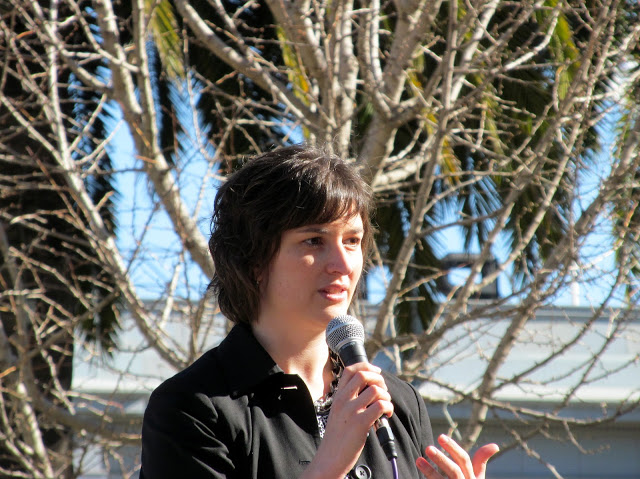