Add an Event
Newswire
Calendar
Features
Home
Donate
From the Open-Publishing Calendar
From the Open-Publishing Newswire
Indybay Feature
Publish to Newswire
Add an Event
Related Categories: Peninsula | Health, Housing & Public Services
Fair Housing Advocates Argue Against Gambling on Dream Houses
by Rutherford Grindle
Thursday Jan 10th, 2013 10:51 PM
In Menlo Park today, demonstrators protested in front of the Dream House that is being raffled off to benefit the Yerba Buena Center for the Arts in San Francisco. They explained their objection to the Dream House model of fundraising. 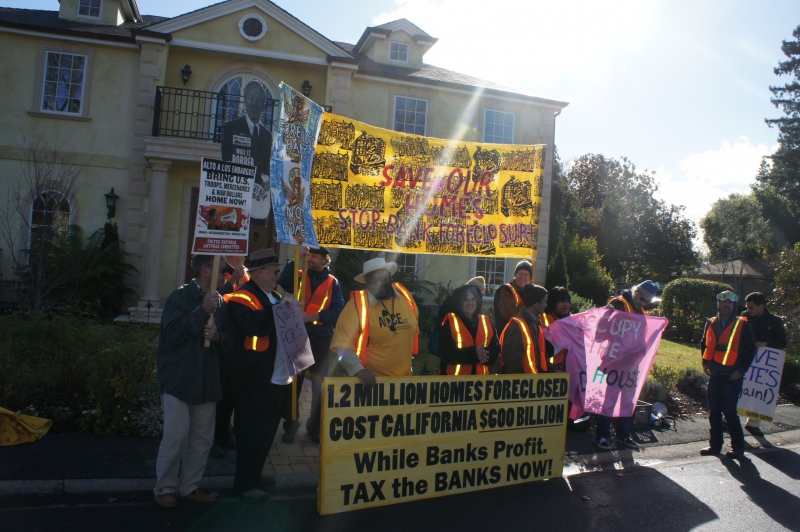 original image (3344x2224)
In Menlo Park today, demonstrators protested in front of the $4.1 million Dream House that is being raffled off to benefit the Yerba Buena Center for the Arts in San Francisco. They explained their objection to the Dream House model of fundraising saying that in a better world arts organizations would receive public funds from taxes paid by corporations for their operations.

Yerba Buena Center for the Arts and other nonprofits are used by banks and other corporations for “public relations” subterfuges to clean up their image and deflect attention from the criminal and inhumane activity they engage in as part of their business practice. Corporations create an illusion of helping good causes while at the same time using tax loopholes and creating profits on the back of the 99%.

Speakers who stood in front of the house said there is a need to restore funding to public institutions like libraries, universities, and the arts so that the reliance on risky dream house style raffles are no longer needed.

In fact, Dream Home raffles are a risky way for non-profits to raise money. In some states, home raffles are actually held by profit making organizations. Another little known fact: although a cash alternative prize is usually less than the home's advertised value, most winners take cash because of taxation issues. What raffle participants don't realize is that in most cases the nonprofit is not given the home. In a typical example, the fundraising organization leases the house from the owner with an option to buy IF the winner chooses the home. The nonprofit sets a minimum number of tickets that must be sold for the home or cash to be awarded.

In many cases the minimum is not met, so the nonprofit typically agrees to split the net ticket proceeds (after all raffle expenses) with the winner. In the majority of cases, no one ever wins the Dream House because winners who choose the house must give the nonprofit 25 percent of the home's market value for federal withholding before the title can be transferred.

Nonprofits must register their raffles with the attorney general's office but according to the San Francisco Chronicle, the office says it does not investigate, audit or approve raffles. If it gets a complaint, it may refer it to a local district attorney and some district attorneys say they don't have the resources or authority to investigate nonprofit raffles.

Activists said if you want to donate to a good cause, it is better to donate directly to that non-profit. Raffle tickets are not a tax-deductible charitable contribution. Don't contribute to the false hope of Dream House raffles that disguises the reality of our country's housing crises. 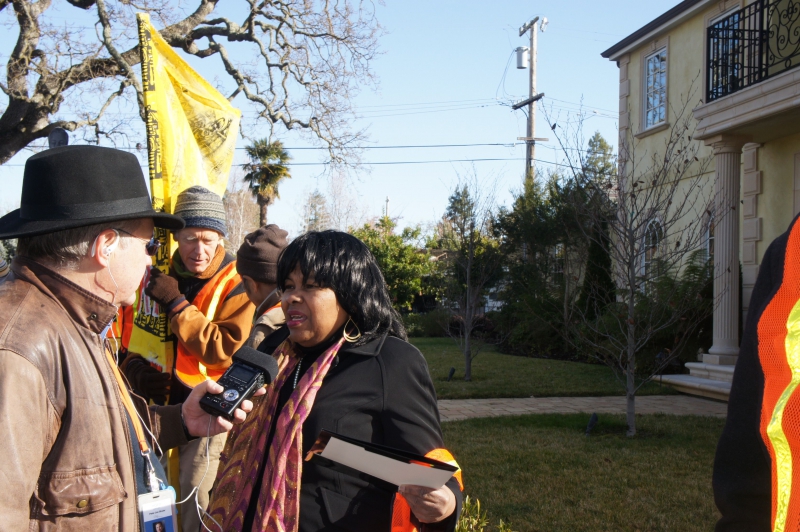 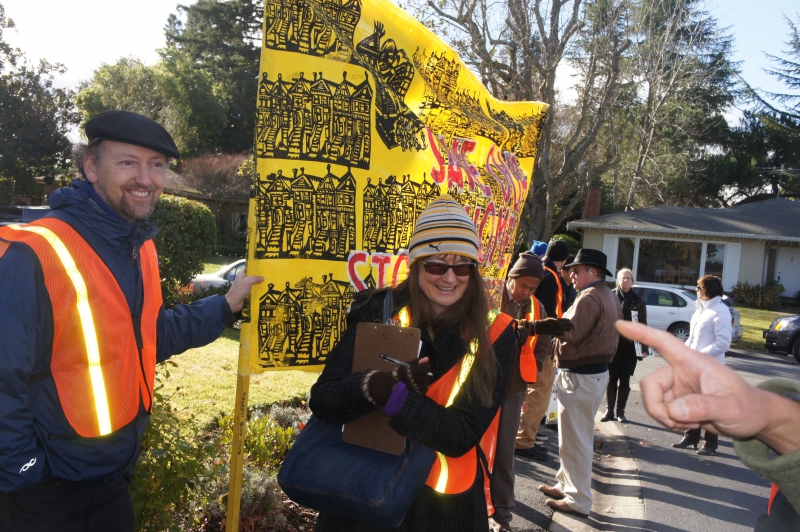 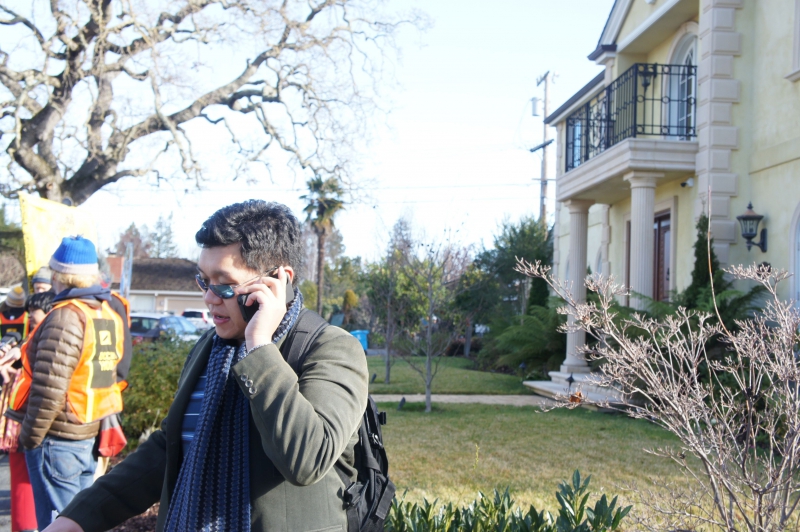 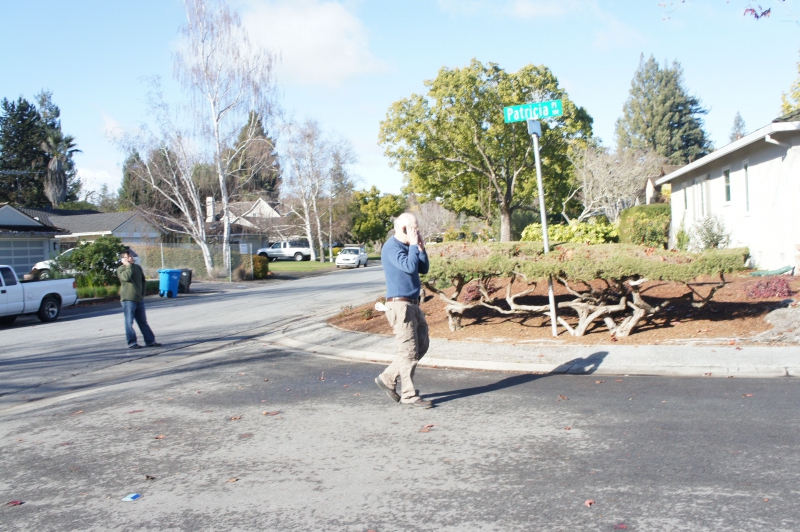 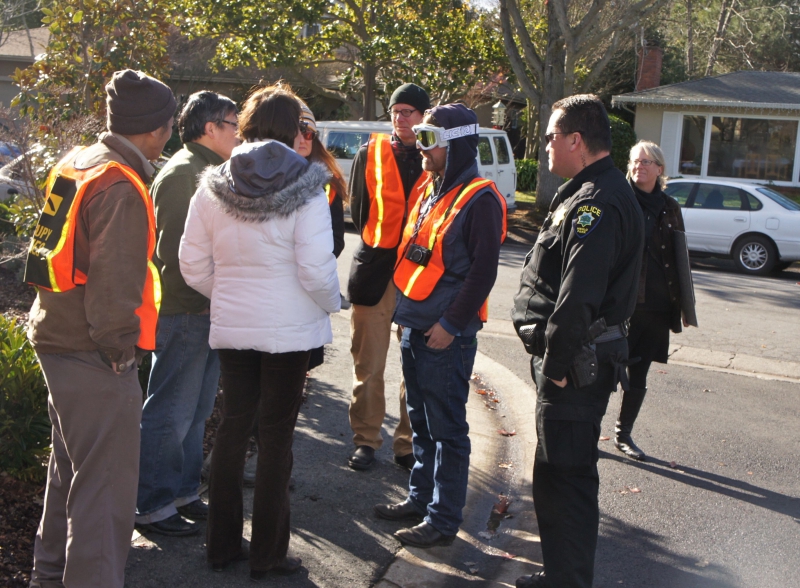 original image (2758x2030)
Menlo Park police officer steps in to make sure that conversations stay civil. The home's realtor questioned the protesters' need to demonstrate in front of the house
Add Your Comments
Support Independent Media
We are 100% volunteer and depend on your participation to sustain our efforts!