§Arraignments hinged on police perjury?
by John E. Colby
Wednesday Jan 9th, 2013 9:05 PM
Apparently these four individuals' arraignment all hinged on the testimony of a police officer. Why didn't this police officer testify about a year ago when the preliminary hearings began? This suggests to me that his testimony was after the fact concoction.

http://sfpublicdefender.org/2011/03/02/video-reveals-police-misconduct-perjury/
Add a Comment
§a double standard?
by bad apples
Thursday Jan 10th, 2013 12:29 PM
John, by attempting to associate SCPD officers with the events that you shared which occurred in San Francisco, you are making generalizations about a certain group of people, in this case, law enforcement. When such generalizations are made about other groups, you have shown disapproval in your postings here and elsewhere. When such generalizations are made about the homeless, some here, possibly including yourself, have gone so far as to call it hate and bigotry.

Are you saying that it is acceptable to associate all members of one group with their lowest common denominator, but not members of another?
Add a Comment
§Police perjury is endemic
by John E. Colby
Friday Jan 11th, 2013 2:29 AM
Police perjury is endemic. It is emboldened partially by prosecutor's laziness in performing their job functions, but the blame can be mostly placed at the feet of judges who allow this practice instead of seriously sanctioning it. If it's happening in San Francisco and New York, you can be certain it's happening in Santa Cruz.

I know police officers lie because I have caught them in lies. Often their lies were offensively bald ones. And these were Santa Cruz Police Department (SCPD) officers. So I have no doubt that SCPD officers would lie to forward the agenda of their police department and the prosecution.

This is what is so outrageous. Police officers have a higher bar to uphold the law. When they break it they should be sanctioned more severely (by the courts). 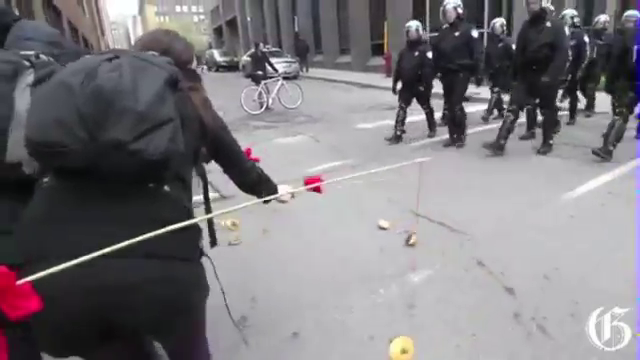 Just for the record, and at a very basic level compared to courtroom perjury, I have 4... That's FOUR... perjured tickets in my pocket from just one month last year. May... When the homeless sweeps began. Absolutely.... utterly... perjured, and they wrote a HUGE amount of them all through the year, and almost every single one of them was written to people they KNOW can't pay.

So what ends up happening?

The collection agency pays the city a percentage (which inclines me to believe the city and SCPD KNOWS the % and at least break even for their harassment tactics.). Perhaps well enough to defray their Occupy-related expenses?

The person who received the tickets ends up with a ruined credit rating making them even more likely to stay homeless or a perpetual roomer and couch surfer even IF they could afford to rent fair market housing later as any landlord does a credit check,

They'll never drive until the fines are paid even further disenfranchising the poverty stricken person from the possibility of a job/income if they DID manage to acquire transport.

Colby is right... Perjury IS endemic in their system, and apparently, it pays. Sociologically and economically as a poor person disenfranchising tool on a break-even budget.

Perjury is so common in California there's a legal motion... A Pitchess Motion, to uncover cops so dirty that their testimony shouldn't even be heard in courts. I've used it. Successfully.

A historical note. Sheriff Pitchess, the namesake of the motion, ran the LA Sheriff's department in the 70s and he was notably the person lying the office's way through the investigation into an August 29, 1970 police killing.

“That was the day that Ruben Salazar, the prominent “Mexican-American” columnist for the Los Angeles Times and News Director for bilingual KMEX-TV, walked into the place (the Silver Dollar bar in East L.A.) and sat down on a stool near the doorway to order a beer he would never drink.

Because just about the time the barmaid was sliding his beer across the bar a Los Angeles County Sheriff’s deputy named Tom Wilson fired a tear gas bomb through the front door and blew half of Ruben Salazar’s head off.”

The whole story cribbed from "The Great Shark Hunt":
http://auntieimperial.tumblr.com/post/30467142904
Add a Comment
§Judges in Santa Cruz are no better.
by G
Friday Jan 25th, 2013 12:53 PM
I know this from personal experience. Not one bad apple, nor two, but most of the barrel, perhaps all (I haven't seen a few of the judges in action).

Same goes for officials, city and county. Sheriff and police officers too.

A disgrace, at all levels. An embarrassment to the civic, and civil, ideals underpinning the consent of the governed.

It is a dirty town (then again, what town isn't?), and for those that don't "draw a lot of water in this town", a brutal one.

#MoreForensicAccountingPlease
http://PeaceCamp2010insider.blogspot.com/
Add a Comment
Support Independent Media
We are 100% volunteer and depend on your participation to sustain our efforts!