Writers With Drinks with Jan Richman and Ramez Naam 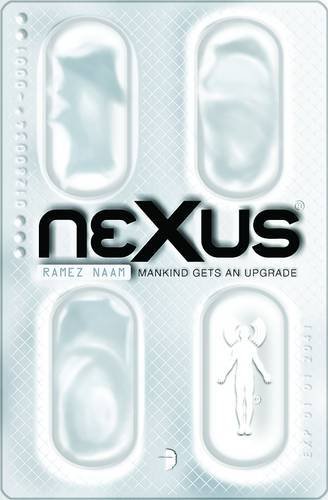 
Jan Richman's new novel is Thrill-Bent, coming in January 2013. She's also the author of Because the Brain Can Be Talked Into Anything, which was chosen by Robert Pinsky for the 1994 Walt Whitman Award from the Academy of American Poets. She has received an NEA grant in Literature, a Nation/Discovery Award, the Celia B. Wagner Award from the Poetry Society of America, the Felix Pollack Poetry Prize from the University of Wisconsin, and a San Francisco Bay Guardian Poetry Prize. She has a B.A. in English from San Francisco State University and an M.A. in Creative Writing from New York University, and has taught writing at Brooklyn College, the Academy of Art University, and San Francisco City College.

Deb Campo made it to the finals of Nick at Nite's Funniest Mom in
America 3 with Roseanne Barr, and she was also a finalist in 2006
Rooster T. Feathers and 50 Mason Comedy Club comedy competitions. Debbie Campo is a regular at the Punchline and The Clubhouse in San Francisco and Rooster T. Feathers in Sunnyvale and regularly tours with the comedy troupe "Three Blonde Moms".

Ramez Naam is the author of Nexus and Crux, two science fiction
thrillers, the first of which came out in December 2012. He's also the
author of the forthcoming The Infinite Resource: The Power of Ideas on a Finite Planet. His 2005 book More Than Human: Embracing the Promise of Biological Enhancement won the 2005 HG Wells Award for Contributions to Transhumanism. He's a computer scientist in Seattle.

Kirk Hamilton is a writer and musician in San Francisco. He is a features editor for Gawker Media’s gaming site Kotaku and has written about music, games and culture for a variety of publications including The New York Times, Edge, Joystiq, Kill Screen, Acoustic Guitar and Paste, where he served as Games Editor. He has spoken at music and video game industry conferences, educators’ panels, and on national public radio.

Writers With Drinks won "Best Literary Night" from the SF Bay Guardian readers' poll six years in a row and was named "Best Literary Drinking" by the SF Weekly. And it was namechecked in Armistead Maupin's latest Tales of the City novel. The spoken word "variety show" mixes genres to raise money for local worthy causes. The award-winning show includes poetry, stand-up comedy, science fiction, fantasy, romance, mystery, literary fiction, erotica, memoir, zines and blogs in a freewheeling format.
END_OF_DOCUMENT_TOKEN_TO_BE_REPLACED
Added to the calendar on Tue, Jan 8, 2013 11:25AM
Related Categories: San Francisco | Media Activism & Independent Media
Add Your Comments
Support Independent Media
We are 100% volunteer and depend on your participation to sustain our efforts!