by Dave Id
For the second New Year's Eve in a row, nearly two hundred people chose to forgo traditional evening indoor parties and instead demonstrated in the streets of Oakland against the racist prison industrial complex. Gathering in Oscar Grant plaza before marching to Alameda's North County jail, formerly known as the Glenn Dyer Detention Facility, music boomed and speakers included anti-prison advocates from Oakland's latino, black, muslim, and queer communities, Occupy Oakland's Anti-Repression Committee, the Black Riders, and anarchists of color. After a noisy march with a sound system down Broadway, a symbolic attack was made against the jail by a barrage of fireworks shot high into the air towards the jailhouse walls. Inmates responded to the show of light and sound by intermittently blocking the light in the narrow windows of their cells, signaling their recognition of the solidarity action below. Participants marched back to the plaza in time for the midnight count down to 2013 right in the middle of the intersection of 14th & Broadway. 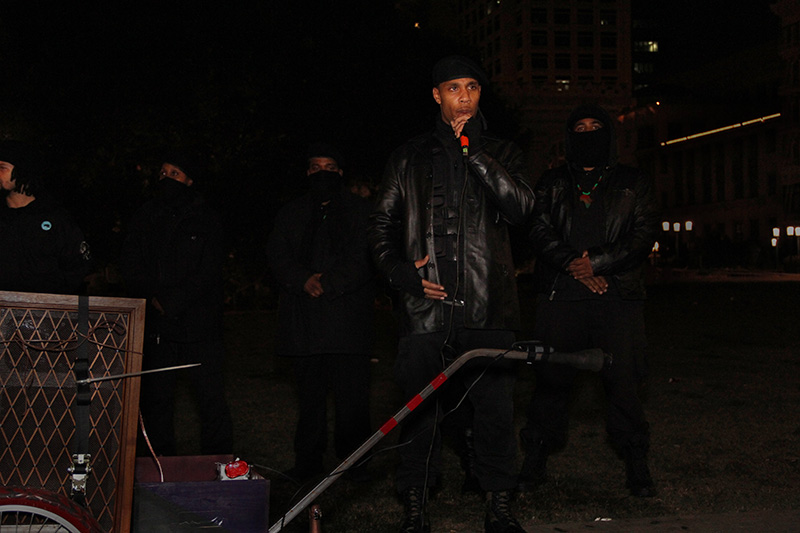 (Pictured above: Black Rider speaking in Oscar Grant Plaza before the march to the jail)


Video of the New Year's Noise Demonstration in Solidarity With The Incarcerated (Oakland)
http://www.indybay.org/newsitems/2013/01/02/18729306.php 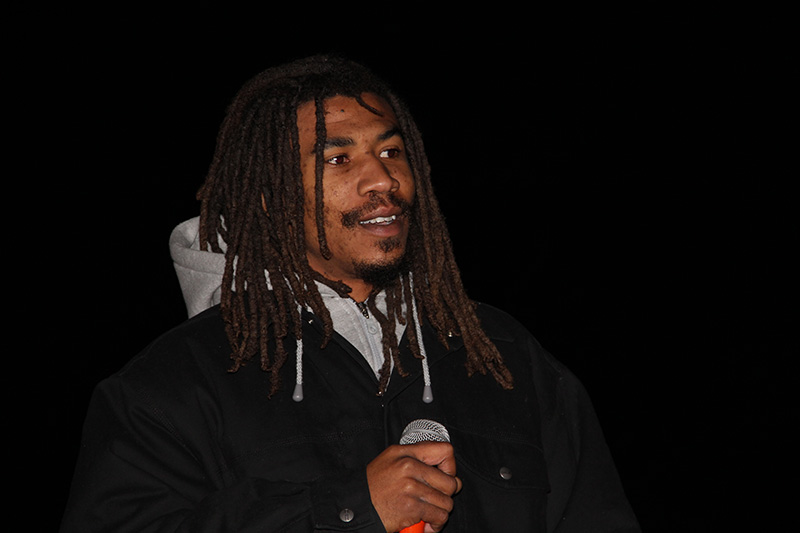 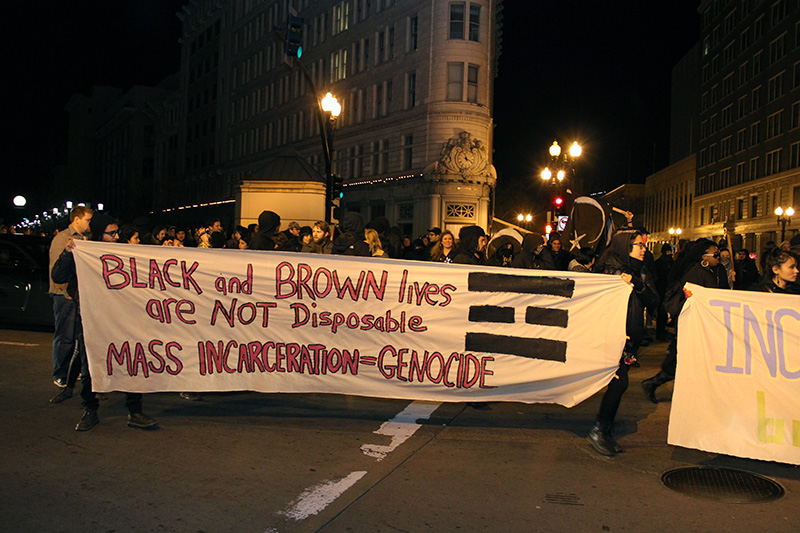 END_OF_DOCUMENT_TOKEN_TO_BE_REPLACED
§Incarceration Benefits No One But Banks & Politicians
by Dave Id 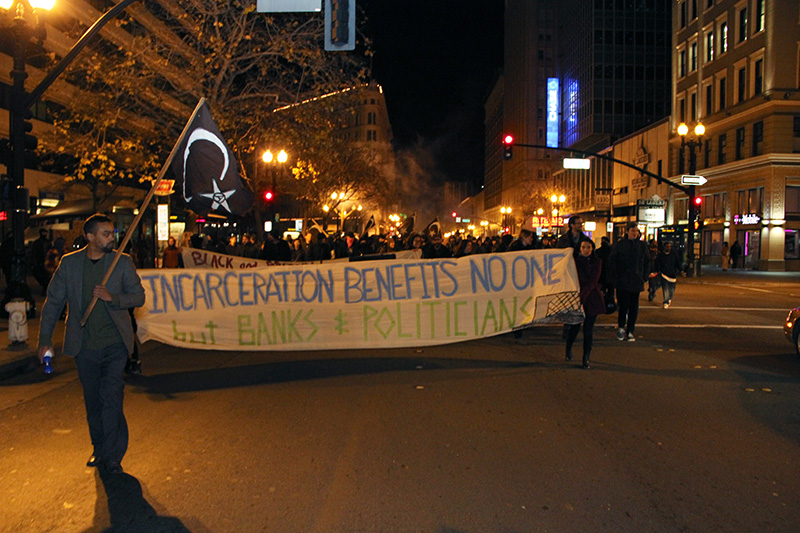 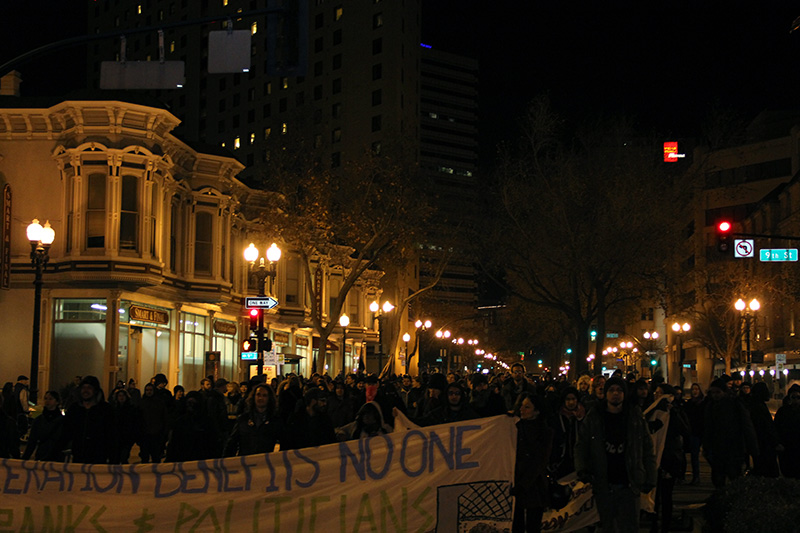 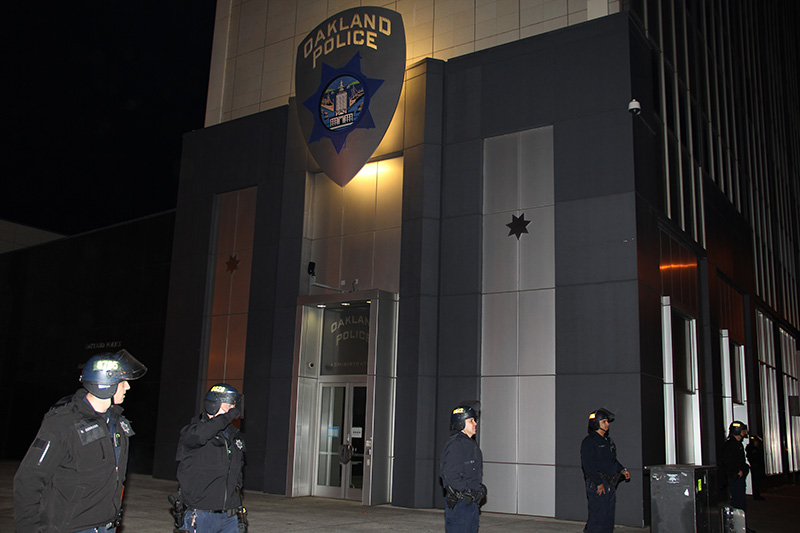 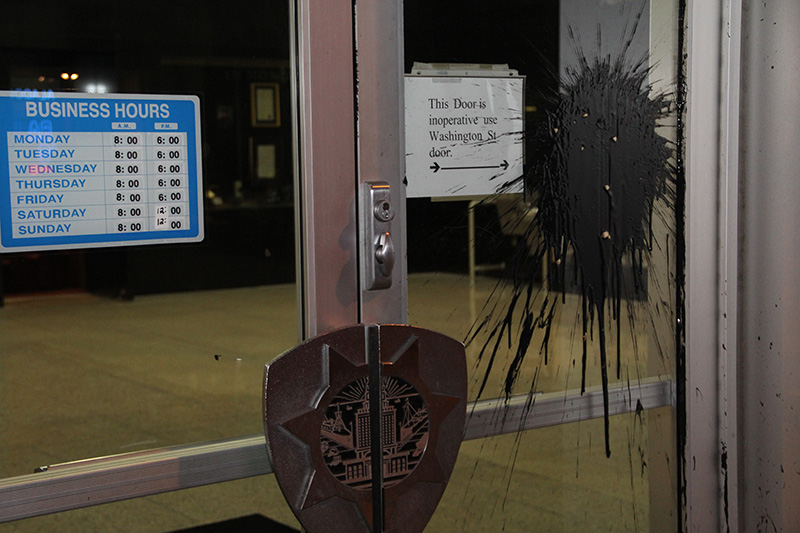 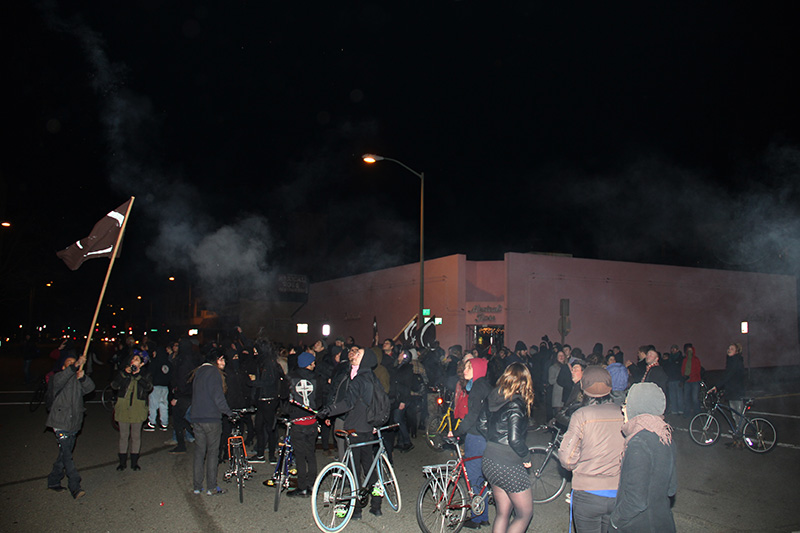 END_OF_DOCUMENT_TOKEN_TO_BE_REPLACED
§Idle No More on the jailhouse wall
by Dave Id 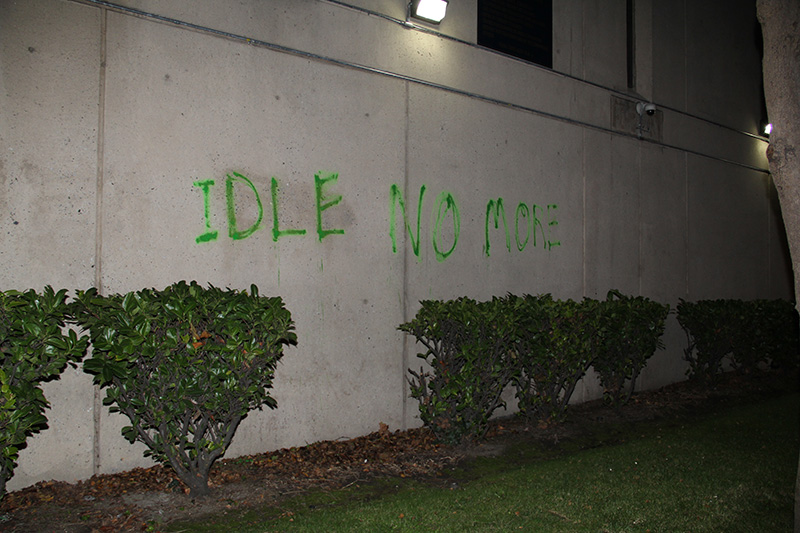 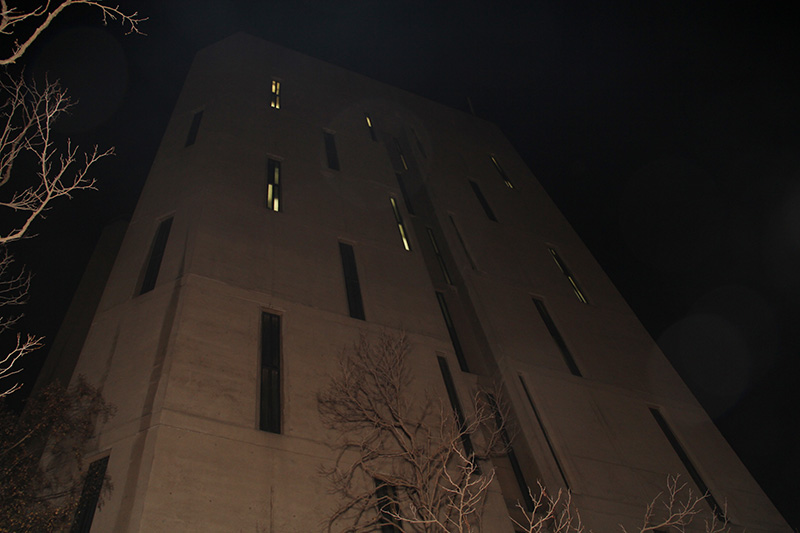 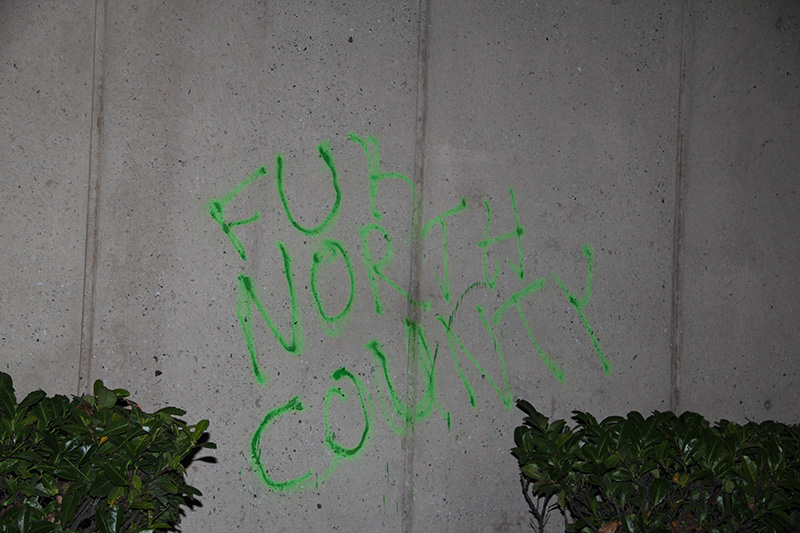 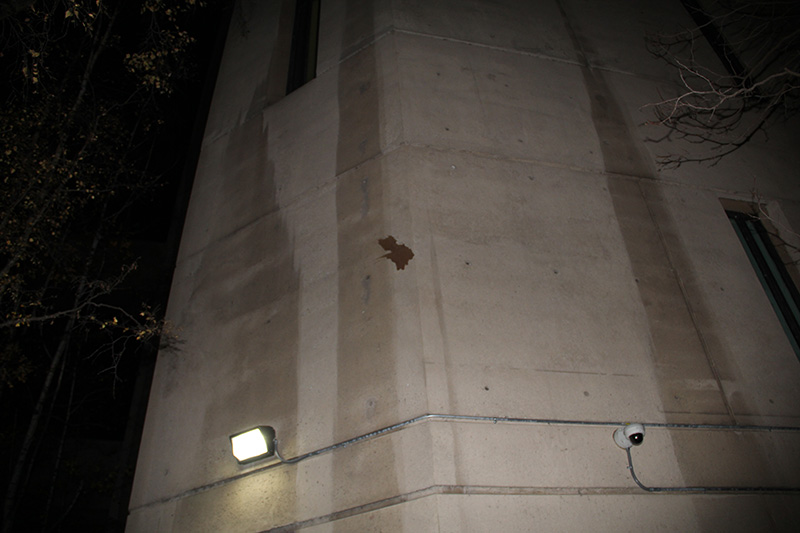 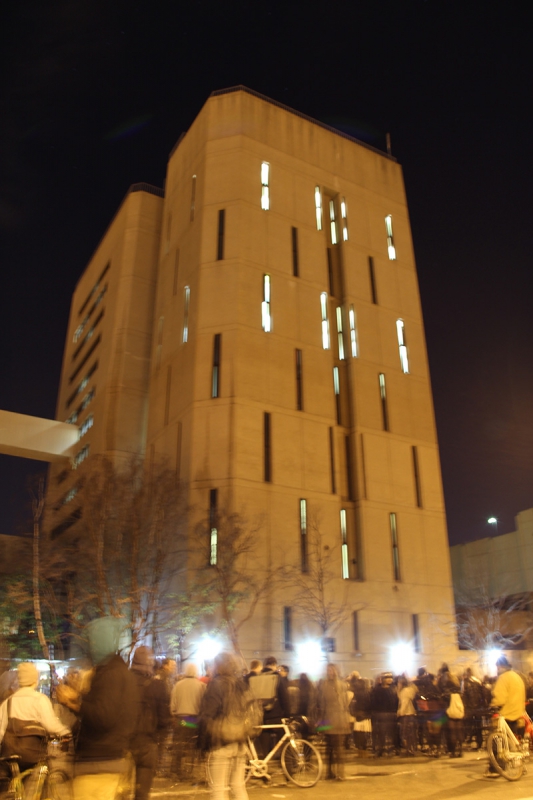 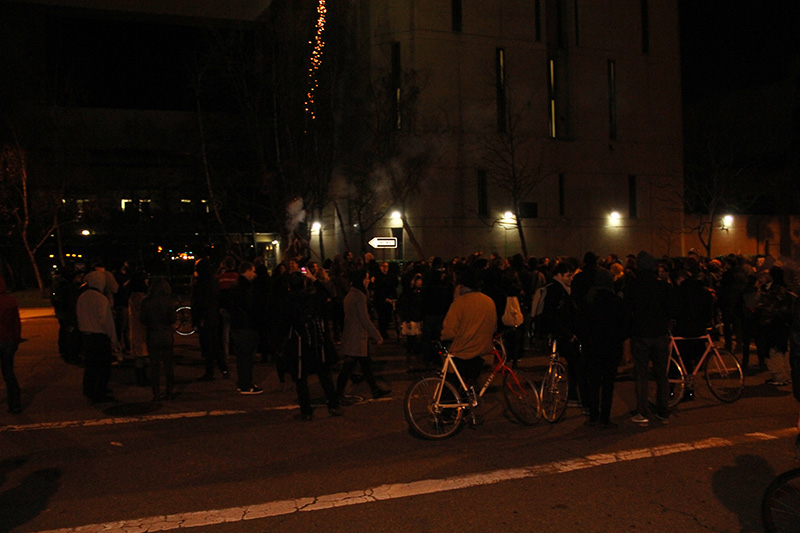 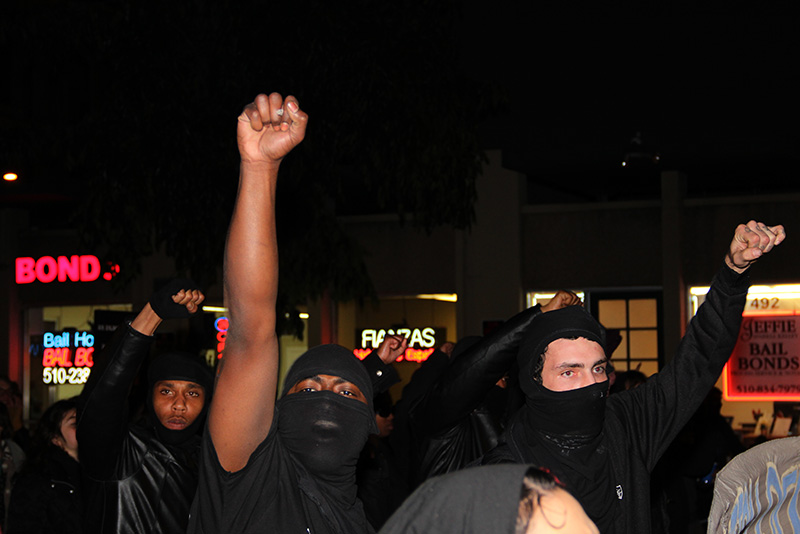 END_OF_DOCUMENT_TOKEN_TO_BE_REPLACED
§More black paint on OPD headquarters, a broken bottle on the sidewalk to the officer's right
by Dave Id 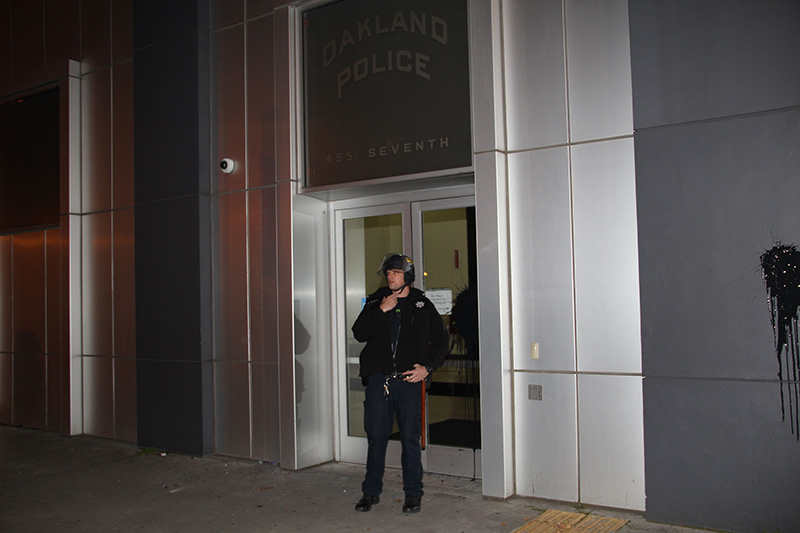 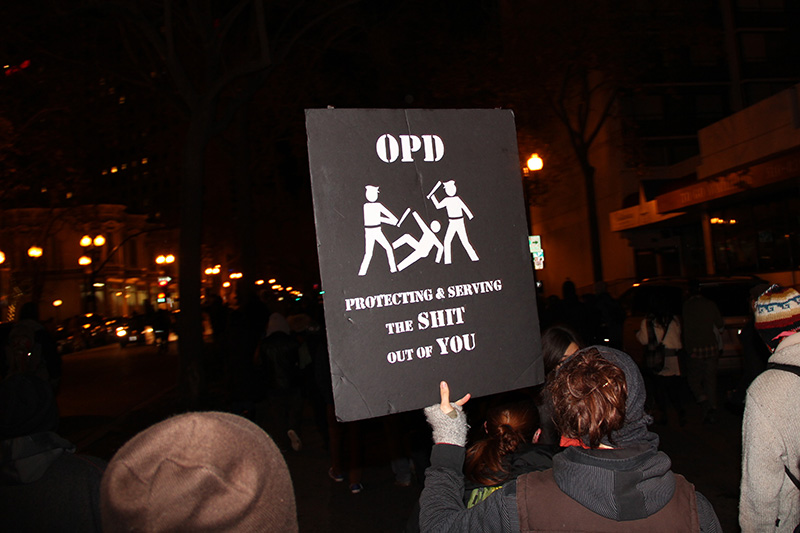 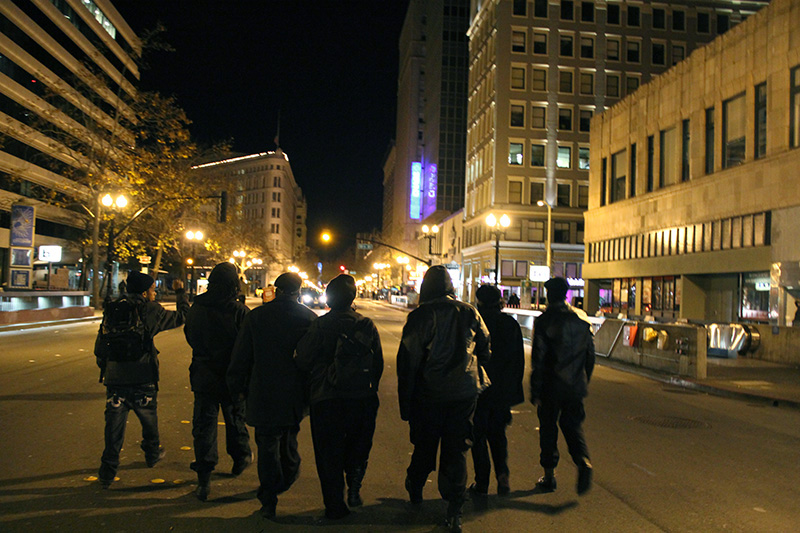 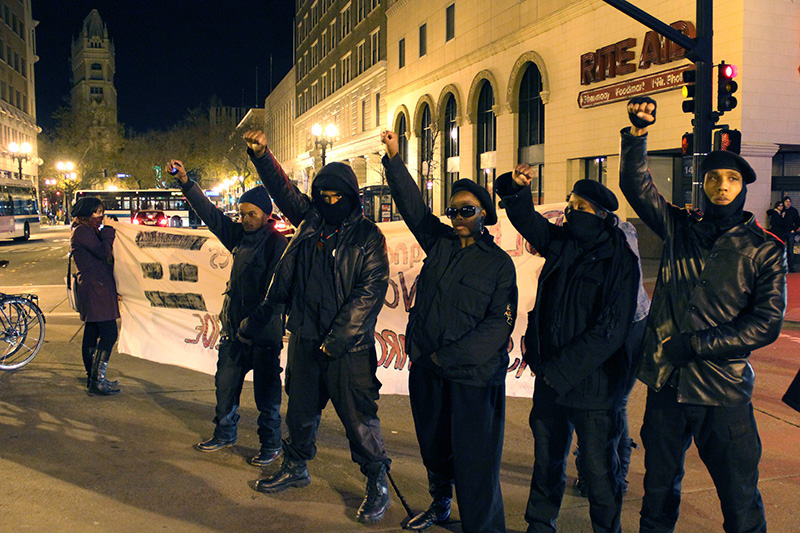 END_OF_DOCUMENT_TOKEN_TO_BE_REPLACED
Add Your Comments
Support Independent Media
We are 100% volunteer and depend on your participation to sustain our efforts!