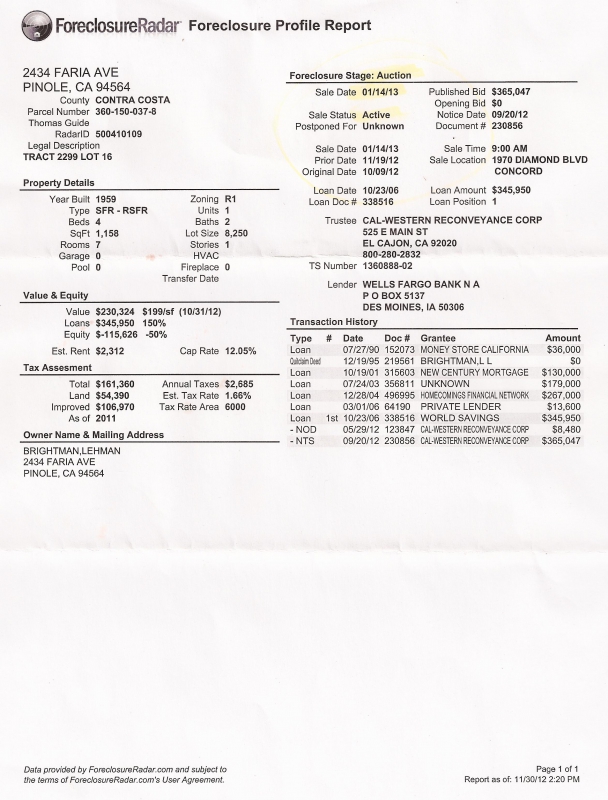 Please Ask Them Not to Auction off Dr. Lehman L. Brightman's Home. My Father is Not Dead and Would Like to Return to His Home to Live Out His Final Day's Surrounded By His Family & Close Friend's.

This letter is written on behalf of Lehman Brightman, a Sioux/Creek Indian who in the Lakota term is an icke wicasa, or common man, and lives by the principles of that term, in that he does not put himself above others, works as a warrior for his people, and lives his life in a good way, with respect and caring for the people. In this life there are times to be active, times to b
e rest and be healed, times to stand strong, times to be cared for. Lee needs us now, and I am reaching out to ask you to support this man in his waning years. Please let me tell you about who this man is and what he needs from the community.

There are roles and cycles in life that we are all bound by. The cycles come to us in the duration of our lives, while the roles we have in life are chosen. In that regards Lee is an exceptional ikce wicasa, for he never takes the easy choices in life and never gives up! Born on the Cheyenne River Sioux Reservation in South Dakota, he grew up in Oklahoma where his mother’s people came from and where his father worked for the BIA. He grew up in Indian Country and saw the poverty and the unjust treatment of his fellow Indian people, something that would inform his entire life. Lee is a highly intelligent and physically imposing figure. These characteristics and his sense of social justice have informed his life choices and actions.

· He was a football and track star at Oklahoma State University.

· He was a Marine wounded in action in Korea and awarded a Purple Heart for bravery.

· He founded and was National President of United Native Americans Inc., a non-profit organization promoting the progress and general welfare of American Indians. (1968)

· As Professor Brightman, he established and coordinated the first-ever Native American Studies Program in the United States at UC Berkeley (1969).

· He led the take-over and occupation of Mt. Rushmore in South Dakota (1970).

· He was the director of the San Francisco American Indian Center.

· He sheltered Dennis Banks in his family home when he was a fugitive from South Dakota after the conflict at Wounded Knee.

· He led investigations of seven Indian boarding schools and three Indian hospitals, due to the poor service and abusive treatment of Indian people.

· He spoke out publicly about the sterilization of native women in Indian hospitals.

· He authored numerous articles on the history of Indian Education and federal boarding schools.

· He is the former editor of THE FIRST National Indian newspaper called Warpath.

· He was involved in the occupation of Alcatraz and the take-over of Wounded Knee.

· He was one of the National Coordinators for the Long Walk for Survival (1980).

This is quite an incredible list. He is a family man, an activist, an educator, an author, an academic, a veteran, a publisher, an athlete, a leader, and, now, an elder who needs our support. Lee suffered a stroke last year and since that time has been in the hospital in several different facilities. All his retirement funds are being used to cover his medical expenses and the mortgage on his family home is seriously in arrears with an imminent auction looming overhead. His son Quanah is organizing a fundraiser to try and address some of the expenses and is asking for community support to help keep the family home, which is also the office of UNA, the organization which Lee founded and that has informed his life’s activism work.

The family needs donations to help save Professor Lehman Brightman’s home of over 25 years and the Home Office of U.N.A. from foreclosure; assistance for payments with the PG&E, and pro-bono legal assistance in remedying the foreclosure. If you can help, donations may be made directly to Wells Fargo Bank, Loan # 0044126233 for the property address 2434 Faria Avenue, Pinole, California 94564. With an Auction date of January 14th 2013 fast approaching, we are in desperate need for your financial support.

Cards of appreciation, well wishes and encouragement may also be sent to Lee at the above address and will be delivered to him by Quanah. Lee has been in the hospital over a year and is in stable but monitored condition. He has his good days and his bad. If you wish to visit Lee please contact Quanah about this as well. If you have any questions or can offer other types of support, please contact Quanah Brightman at: (510) 672-7187 . The entire UNA Family personally thanks you for your prayers for Lehman’s health and well being, and for your generous donations, which are deeply appreciated.

Lee has always acted out of a sense of social justice for what is right and has been a lifelong advocate for native peoples. The fact that he is now destitute, and has to pay his medical expenses after having served his country in it’s time of need, I think is an indictment of how we treat our veterans and elders, but that is a larger story for another time. Right now, I hope that we can do something to help in this situation as a small way of thanking Lee for his choices to stand for the people and that you will do what you can to offer support, whether it be money, prayers, cards, songs, visits, or all of those, to share with our relative, our elder uncle. I have great respect and admiration for such a man who has stood so long for the people, and hope that those of us who can do something to thank him for his lifelong service while he is with us now.

View Our Educational Videos on You Tube at
http://www.youtube.com/playlist?list=PLC192C91C0E6A0CBE&feature=mh_lolz

https://www.facebook.com/events/114993085320793/?fref=ts
END_OF_DOCUMENT_TOKEN_TO_BE_REPLACED
Added to the calendar on Thu, Jan 3, 2013 6:08PM
Add Your Comments
Support Independent Media
We are 100% volunteer and depend on your participation to sustain our efforts!