Add an Event
Newswire
Calendar
Features
Home
Donate
From the Open-Publishing Calendar
From the Open-Publishing Newswire
Indybay Feature
Publish to Newswire
Add an Event
Related Categories: International | Environment & Forest Defense
Increase in cyclone frequency in Indonesia blamed on climate change
by Takver - Climate IMC
Wednesday Dec 26th, 2012 2:59 AM
Cyclone frequency in Indonesia in 2012 is 28 times that for the year 2002, according to the Indonesian Disaster Management Agency BNPB, with the increase attributed to the persistent impact of systemic climate change. 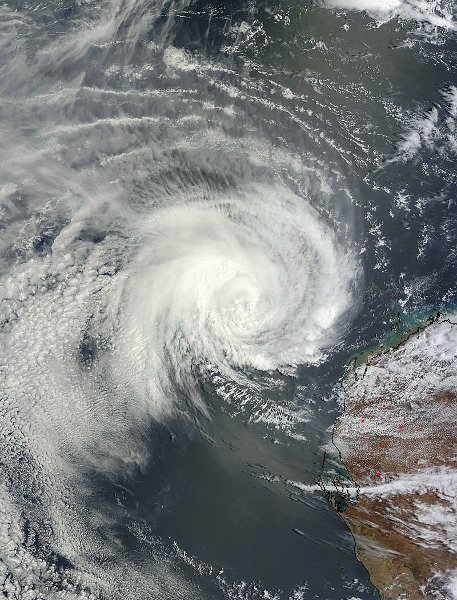 Sutopo went on to predict that more cyclones would hit in Indonesia in March to April next year. Floods and landslides are expected to strike from January to March.

Most global and regional-scale modelling suggests that cyclone frequency may decrease with climate change, while the intensity of cyclones that do occur will increase. Australian scientists from CSIRO say that Cyclone frequency declining while intensity increasing across Australia. But the Indonesian data would appear to contradict this modelling for the Indonesian region. A UK Met Office report in 2011 on Climate change impact on Indonesia said with regard to Tropical Cyclones:

However, most studies reviewed here suggest that the intensity of cyclones could increase with climate change, particularly for the most severe storms.

In January 2012 Tropical Cyclone Iggy occurred in the Indian Ocean south of West Java, causing 16 deaths and 60 injuries, along with damage to an estimated 2,364 houses in 35 districts/cities in Java and Bali, according to the UN Reliefweb.

According to Sutopo in 2012 Cyclones accounted for 36 percent of the 1,200 disasters documented by the BNPB which included floods, landslides, droughts and forest fires.

The disaster impact on Indonesian people is substantial. Sutopo said that 60.9 million people living in 315 cities and provincial regencies were vulnerable to flooding and 124 million people in 270 cities and regencies would be at risk of landslides. He said that forest fires were expected in eight provinces during the dry season next year, along with drought in Java, Bali and East Nusa Tenggara (NTT) provinces from August to October.

Indonesia sits on the Pacific Ring of Fire in a volcanically active area. There are current indications of increased seismic activity which may result in volcanic eruptions next year. Sutopo said that in 2013 Earthquakes might affect the life of some 157 million people in 386 cities and regencies, and tsunamis would follow and affect 5 million people in 233 cities and regencies in coastal areas.

A study in February 2012 said that Climate change was predicted to escalate Tropical Cyclone damage costs for just the US and China to cause $109 billion in damages by 2100.