Add an Event
Newswire
Calendar
Features
Home
Donate
From the Open-Publishing Calendar
From the Open-Publishing Newswire
Indybay Feature
Publish to Newswire
Add an Event
Related Categories: Afghanistan | Iraq | East Bay | Anti-War | Arts + Action
Crosses in Lafayette: The need to remember
by D. Boyer
Monday Nov 12th, 2012 10:29 AM
The Crosses in Lafayette California withstand the test of time, the passing of it's facilitators, the on-going onslaught of negative responses to it's existence, and the decay, but it has grown since the last time I reported on the display. And the volunteers work tirelessly to maintain it and make it a valuable part of Lafayette California's history. 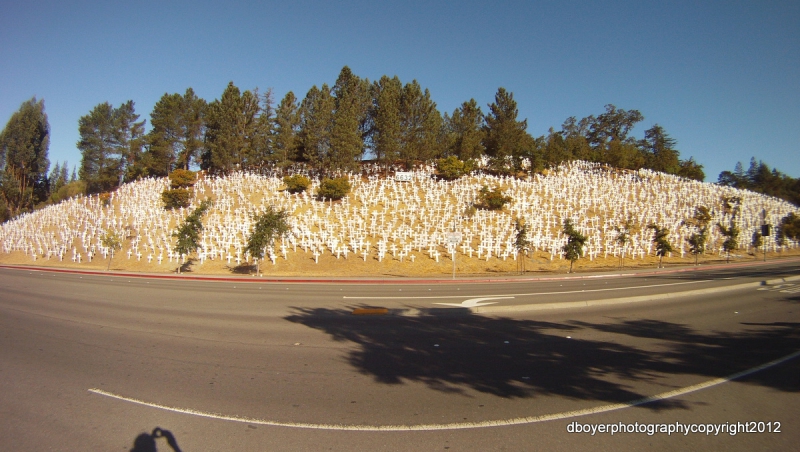 original image (1200x678)
On a small hill in Lafayette California over 6,000 crosses have been erected and displayed as an on-going tribute and to memorialize the soldiers who have been killed in Iraq or Afghanistan. This hillside has been marked with controversy, and has sparked anger and even attracted counter protests to it's existence. The hillside is owned by a woman named Louise Clark. Her husband was a WWII veteran. However both have passed away, but volunteers tirelessly continue to maintain the site. Jeff Heaton was the man who started the installation and his contact info can be found in one of the pics.
http://ireport.cnn.com/docs/DOC-879936
§Crosses in Lafayette
by D. Boyer Monday Nov 12th, 2012 10:29 AM 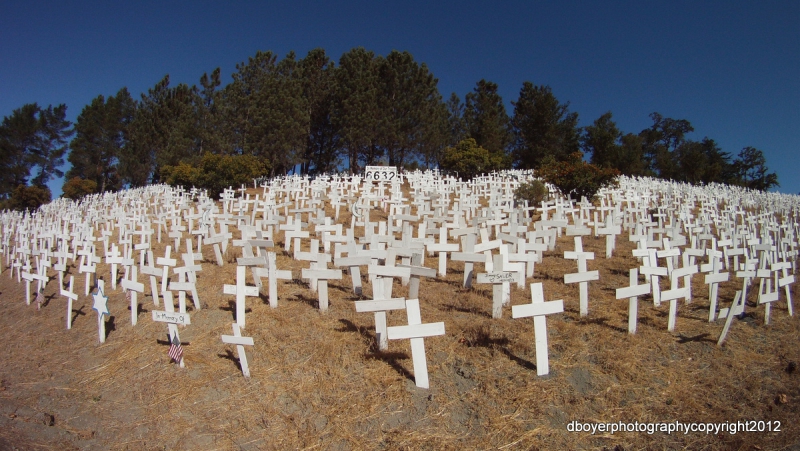 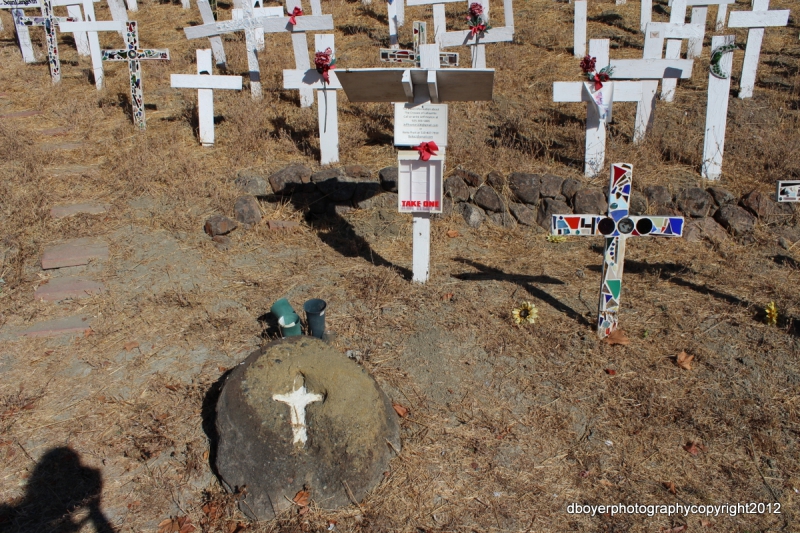 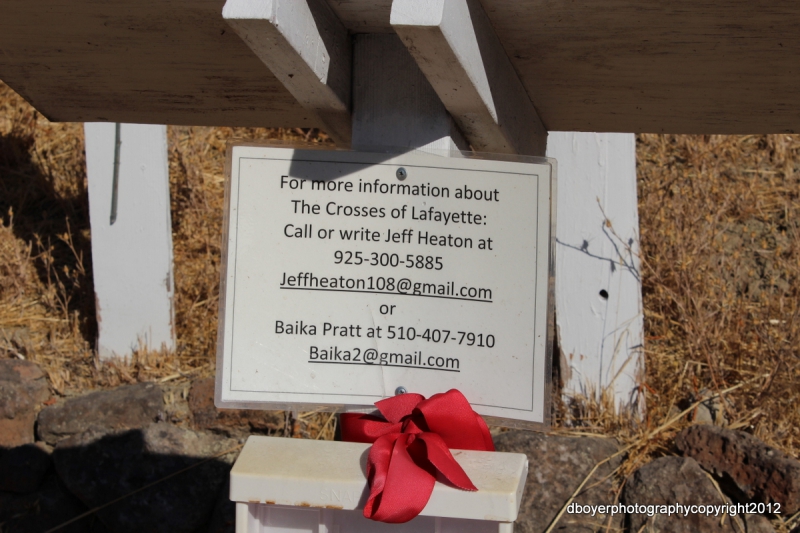 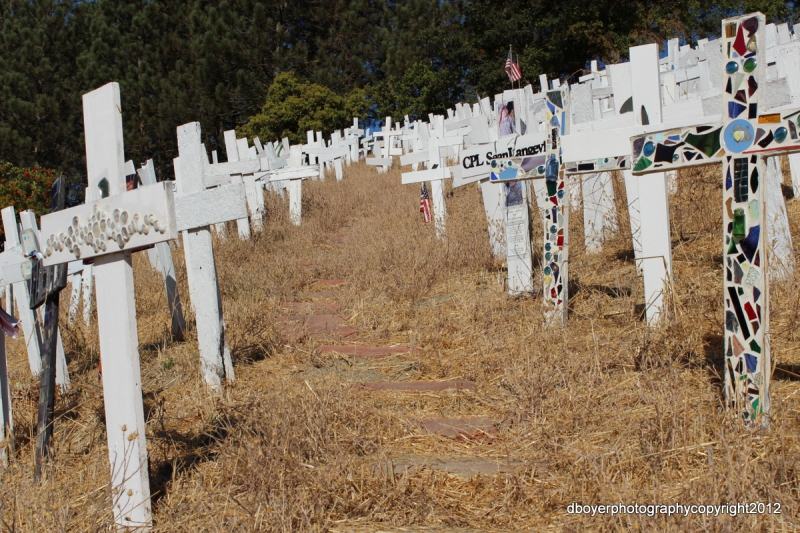 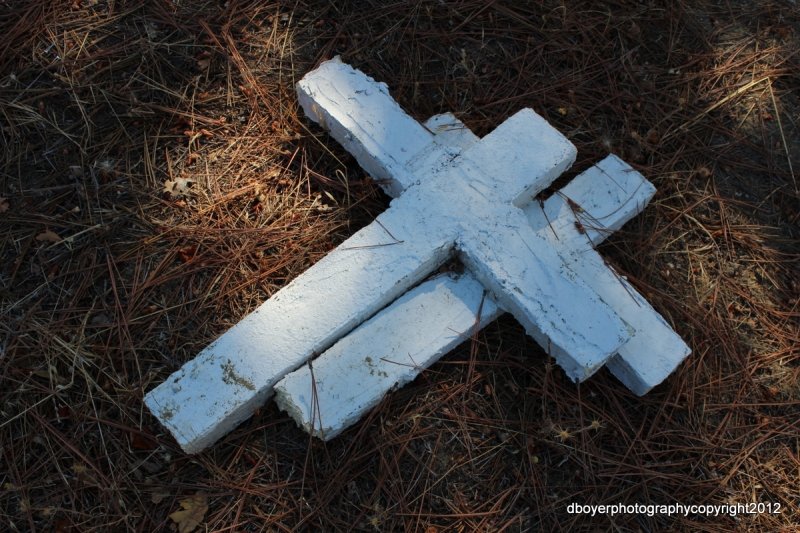 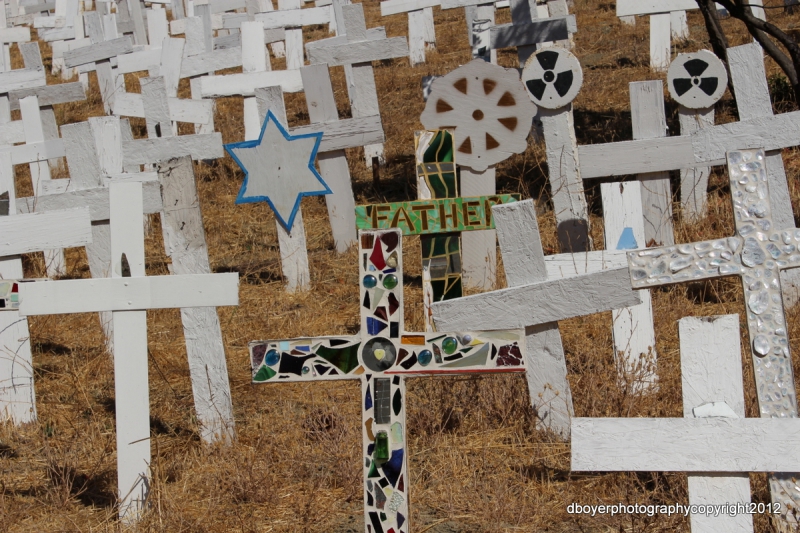 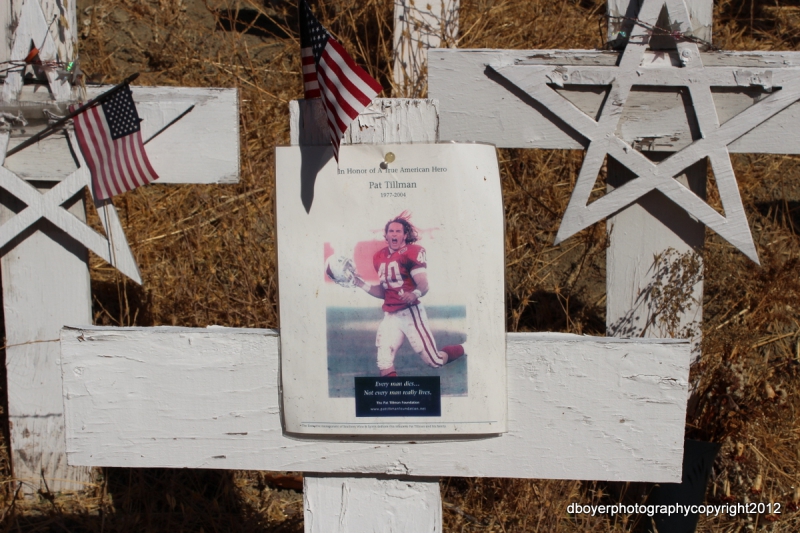 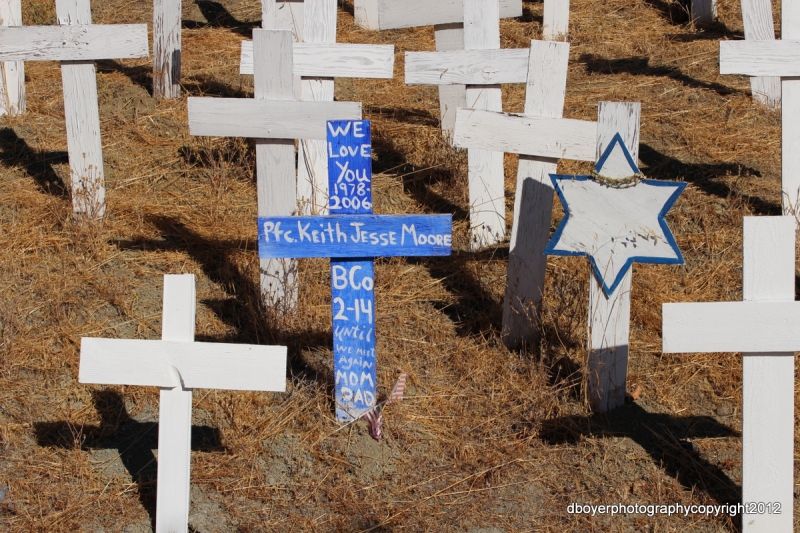 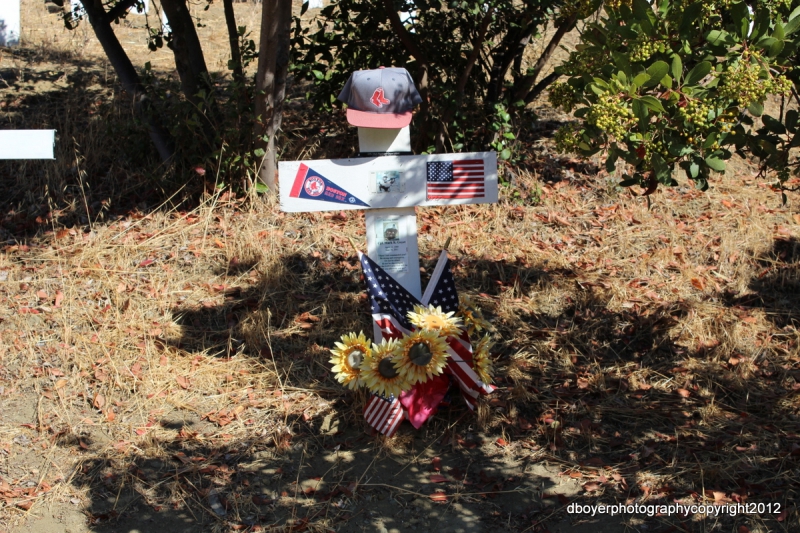 This hill and these crosses are a positive visable wake-up call to end all wars of aggression, and bring the foreign U.S. Troops home to re-tool America to the Non-pollution solution, such as wind, tidal, and solar power which transforms to electricity.

Then restore the Matriarchy by doubling democracy and electing women equally (Gender Parity) at all levels. Workers of the world unite!! End pollution wars, not endless wars for more and more pollution. YE yet have a world to win!!
Add a Comment
Support Independent Media
We are 100% volunteer and depend on your participation to sustain our efforts!