Add an Event
Newswire
Calendar
Features
Home
Donate
From the Open-Publishing Calendar
From the Open-Publishing Newswire
Indybay Feature
Publish to Newswire
Add an Event
Related Categories: California | U.S. | Global Justice & Anti-Capitalism | Government & Elections | Labor & Workers
Romney Made Millions From The Auto Bailout He Criticized
by Greg Palast
Monday Nov 5th, 2012 9:03 AM
Ann Romney invested 1 million in Elliott Management whose Singer with Dan Loeb and Paulson bought Delphi and immediately outsourced it to China, while sending the profits to a tax haven island off the coast of France. Profits were 44 TIMES their investment. 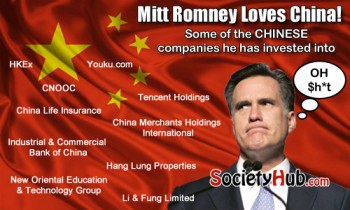 25 of 29 Delphi plants were shut down in the US and moved to China. These vulture capitalists dumped the pension funds and then had their Republican media attack dogs blame Senator Sherrod Brown and President Obama for the loss of pensions.

He's kidding, right? Did I just hear Mitt Romney say, "I would do nothing to hurt the US auto industry"

As I reported in this week's Nation magazine cover story "Mitt Romney's Bail-out Bonanza", the Romneys are in a special partnership with the vulture fund that bought Delphi, the former GM auto parts division.

Just after Nation broke the story, Washington newsletter The Hill received the Romneys admission of profiteering:

"Romney's campaign did not deny that he profited from the auto bailout in an email to The Hill, but it said the the report showed the Detroit intervention was 'misguided.'"

The truth? On June 1, 2009, the Obama Administration announced that Detroit Piston's owner Tom Gores, GM and the US Treasury would buy back Delphi. The plan called for saving 15 of 29 Delphi factories in the US.

Then the vulture funds pounced.

Nation discovered that, in the two weeks immediately following the announcement of the Delphi jobs-saving plan, Paul Singer, Romney's partner, secretly bought up over a billion dollars of old Delphi bonds for pennies on the dollar.

Singer and partners now controlled the company ... and killed the return of Delphi to GM.

These facts were revealed in a sworn deposition of Delphi's Chief Financial Officer John Sheehan, confidential, but now released on the web.

Sheehan said, under oath, that these speculators threatened to withhold key parts (steering columns), from GM. This would have brought the auto maker to its knees, immediately forcing GM's permanent closure.

The extortion worked. The government money that was supposed to go to save jobs went to Singer's hedge fund Elliott and its partners, including the Romneys.

Once Singer's crew took control of Delphi, they rapidly completed the move to China, sticking the US taxpayers with the bill for the pensions of the Delphi workers cut loose.

Dan Loeb, a million-dollar donor to the GOP, who made three-quarters of a billion dollars off the legal scam, proudly announced that, once he and Elliott took control, Delphi kept “virtually no North American unionized labor”

In all, three hedge funds run by Romney's million-dollar donors have pocketed $4.2 billion, a return on their "investment" of over 3,000%, all care of the US taxpayer. The Romneys personally earned minimum $15.3 million, though more likely $115 million – a range their campaign does not dispute.

Frankly, I'm no fan of the way Obama handled the Delphi bail-out. Allowing these speculators to crank the US taxpayers for $12.9 billion in subsidies – and losing almost all the auto parts jobs in the process.

But when I heard that Son of a ...Detroit, Mr. Romney, tell us, 'I would do nothing to harm the US auto industry,' I thought I'd lose my dinner. I suggest Romney repeat this directly to the Naylor family of Kokomo, Indiana.

Bruce Naylor lost his job at Delphi, then his health insurance (terminated by the Romney syndicate) - then his home to foreclosure.

Should Obama have done something about that? You bet. If I were the president, I'd have started with putting the vulture speculators out of business – including Elliott's silent, hidden partner, one Mitt Romney.

* Want the full story of Romney's vulture-pack partners? I have several chapters on Paul "The Vulture" Singer and other million-dollar donor magnates backing Romney (and those backing Obama too) in my new book, "Billionaires & Ballot Bandits," with an introduction by Robert F. Kennedy Jr. and illustrations by Ted Rall.

* And a question to the US media: HELLO, ANYBODY HOME?

This info on Romney's profiteering and the shipping of Delphi jobs to China by his cronies is on the COVER of Nation Magazine and in a New York Times bestseller (Billionaires & Ballot Bandits). So, where is the New York 'Paper of Record'? Or, for that matter, MSNBC?

Bill Press explained it to me when I was on his show this morning, "Sorry, Greg. There's no more investigative reporting in America. No reporters, just repeaters." 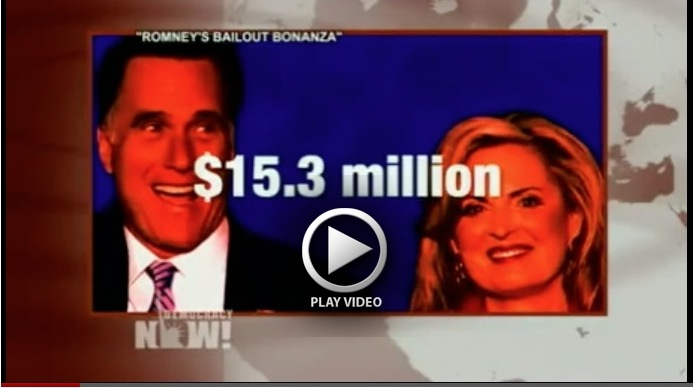 http://gregpalast.com
Add Your Comments
Support Independent Media
We are 100% volunteer and depend on your participation to sustain our efforts!