Add an Event
Newswire
Calendar
Features
Home
Donate
From the Open-Publishing Calendar
From the Open-Publishing Newswire
Indybay Feature
Publish to Newswire
Add an Event
Related Categories: Afghanistan | Americas | Palestine | East Bay | Anti-War | Global Justice & Anti-Capitalism | Racial Justice
Afghans for Peace Rally on the 11th Anniversary of the Afghanistan War, Oakland, 10/7/12: video & photos
by Dave Id
Monday Oct 15th, 2012 12:00 PM
With a series of actions on both sides of the bay, Decolonize the New World 2012 highlighted the history of resistance to colonialism and imperialism in the 500 years since Christopher Columbus landed in the "new world". On the third day of protests, falling both on Indigenous People's Day (Columbus Day) and the 11th anniversary of the Afghanistan war, Afghans for peace called for solidarity with a rally and march in Oakland. Speakers at the rally confronted injustices and inhumanities from the half a millenium of violent oppression and economic exploitation of indigenous peoples in the Americas to the U.S. military and capitalist occupation of Afghanistan (full video below). 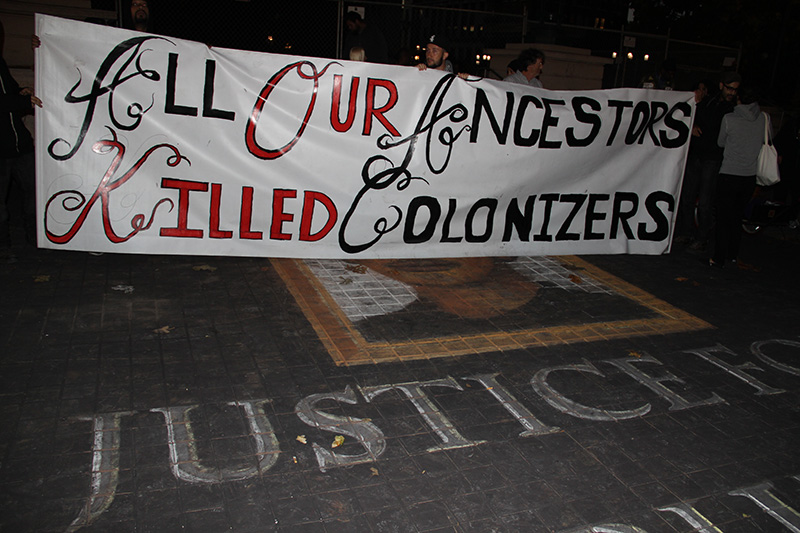 [Pictured above: "All Our Ancestors Killed Colonizers" banner held above "Justice for Alan Blueford" chalk art in Oscar Grant plaza.]

In the tradition of the people of Afghanistan, and many other peoples of the world, cups of tea were handed out as a gesture of solidarity with those in attendance. 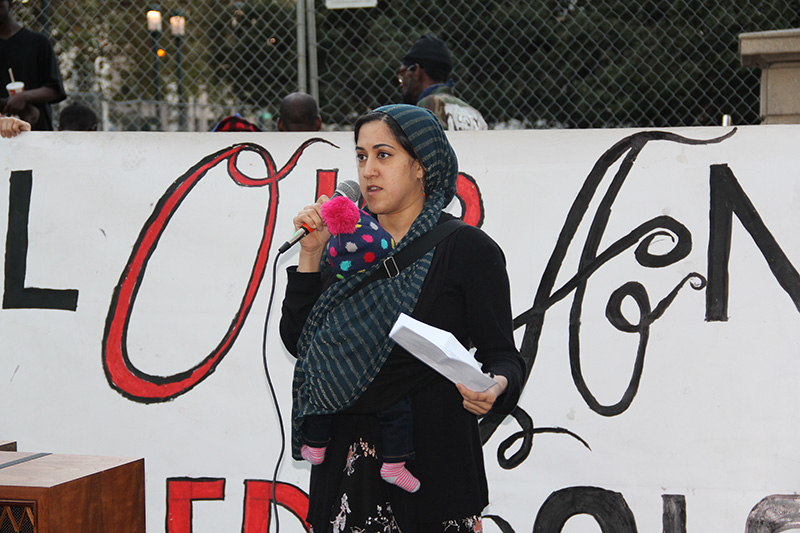 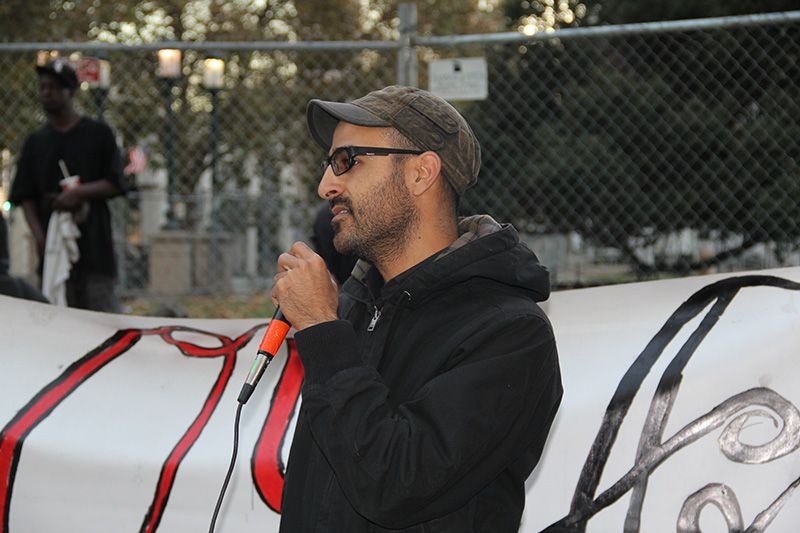 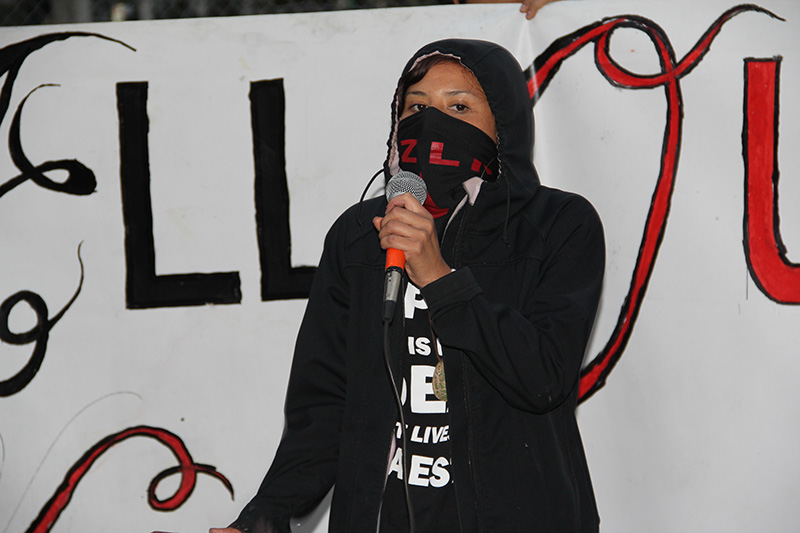 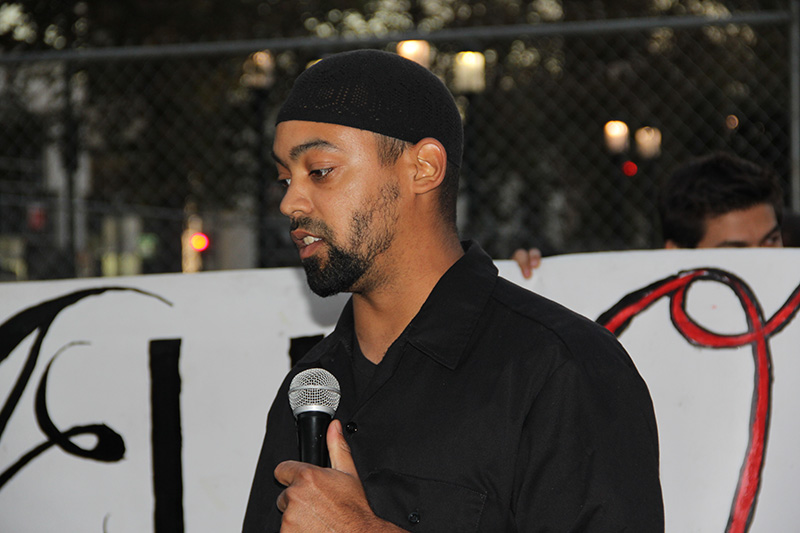 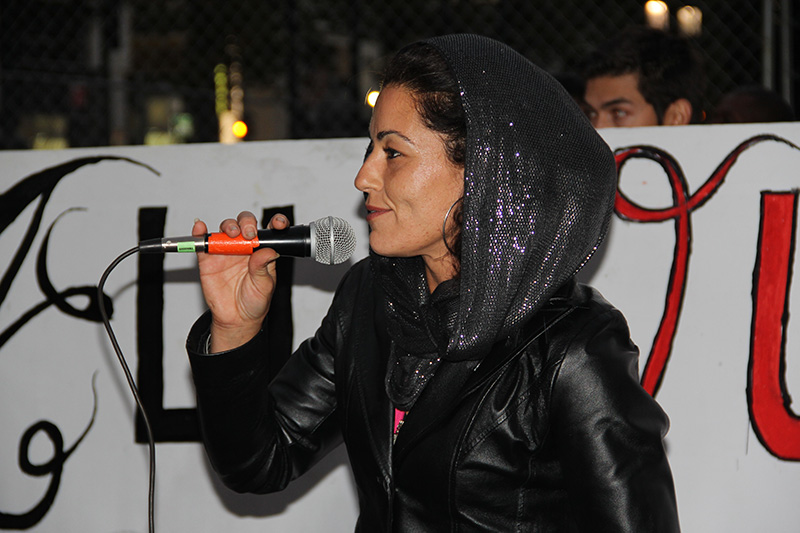 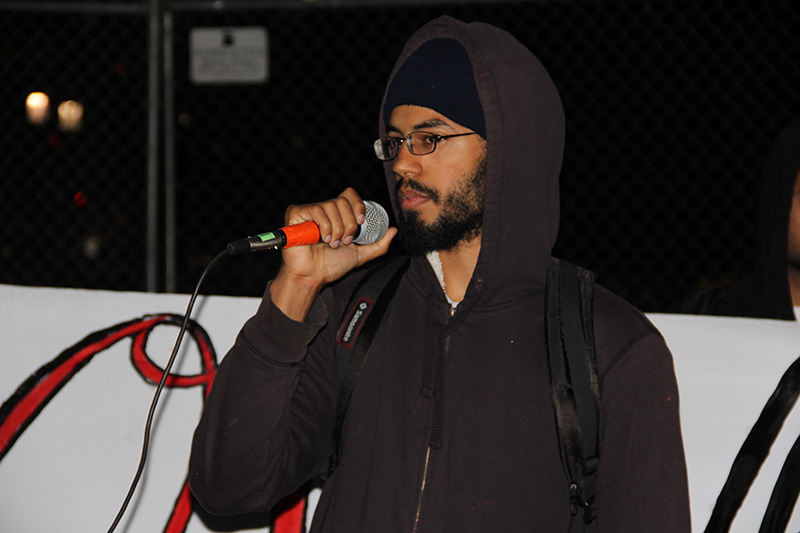