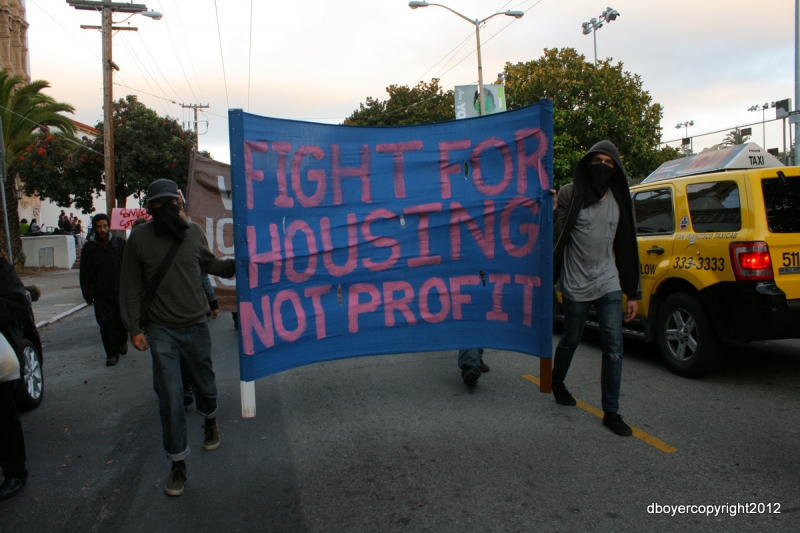 original image (1200x800)
On Wednesday October 10, 2012 people who are “homeless, have recently been evicted, and foreclosed-on, the dispossessed, and their allies took to the streets in San Francisco protesting and marching to express their frustration with the current homeless situation and numbers both here in San Francisco and in the whole United States. Here in San Francisco it is believed that at least 10,000 people are homeless, and there are at least 35,000 vacant “housing units,” city wide. It is also believed that there at least “3.5 million homeless people in the United States, and that at least 1 million are children, but only 112,000 nationwide are chronically homeless.”
The group Homes Not Jails organized this protest because a building at 531 Castro Street who is owned by landlord, and business owner Les Natali has sat vacant for 5 years and allegedly he used the Ellis Act to evict the tenants who had been living there. It is common knowledge that the Castro neighborhood is home to at least 5,000 LGBTQ youth and is where they seek refuge from families, society norms(like discrimination and hate), and people who just don’t accept them for who they are. And because of the so-called tech bubble San Francisco has become one of the most expensive places in the US to live. This so-called tech bubble does not help the City in any manner because recently Twitter was allowed to move into this City and they are not required to take local taxes out of their employee’s paychecks.
And the current conditions of the local homeless shelters are unacceptable, unsafe and just sleeping in them can cause mental illness so many homeless people still sleep on the streets. I tried contacting the San Francisco homeless czar Bevan Dufty, about the conditions of the homeless shelters in SF, but he has not returned my call, nor email. But I can say first hand that through my experience I have dealt with hate, sleep deprivation, lice infestations, just to make sure I am not sleeping on the streets or my car. This article by the local newspaper the Bay Area Reporter highlights the problem. I was merely evicted because I could not get a livable wage job offer, and what I was thrown into because I am homeless gave me health problems so severe I became unable to work.
In San Francisco it is illegal to sit-and-lie on a sidewalk, sleep in a car, inhabit vacant buildings, so the group Homes Not Jails organized themselves and because most of the members need housing they will continue “to take to the streets to and take direct action” by taking-over vacant buildings until their needs are met.
World Homeless Day was started 3 years ago because of those staggering numbers and the current economic climate. 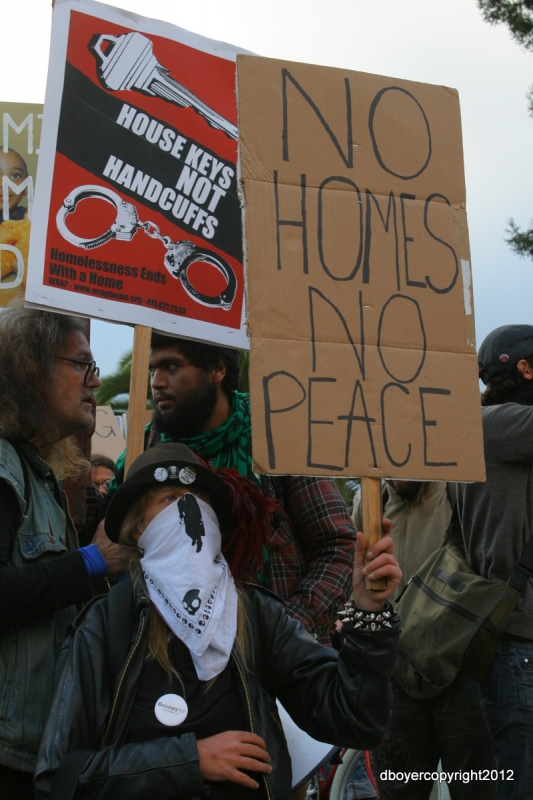 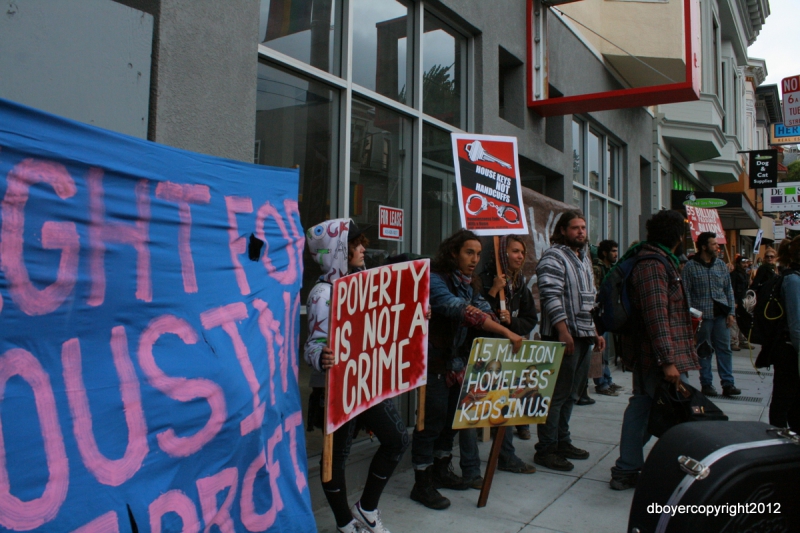 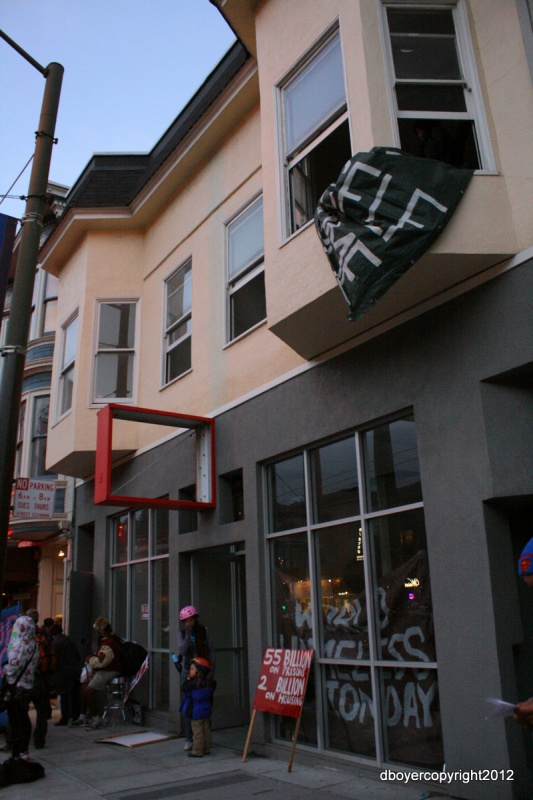 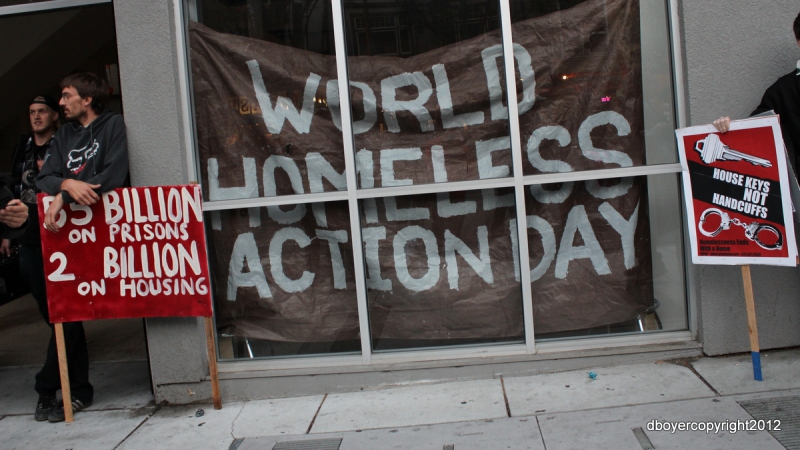 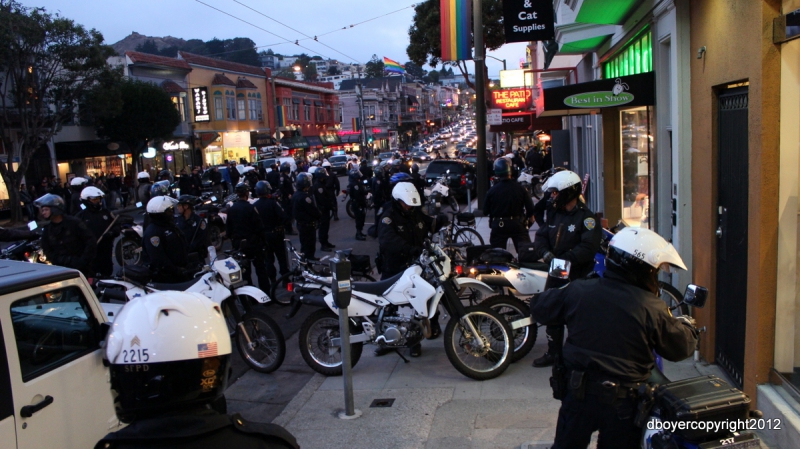 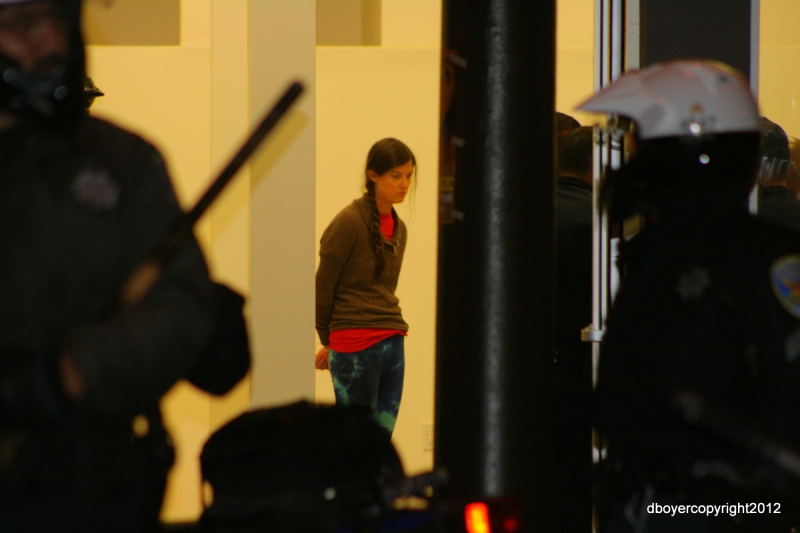 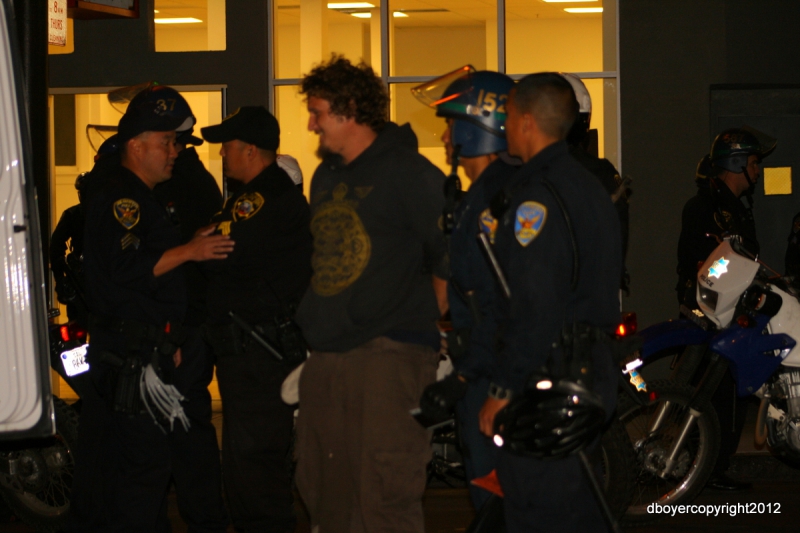 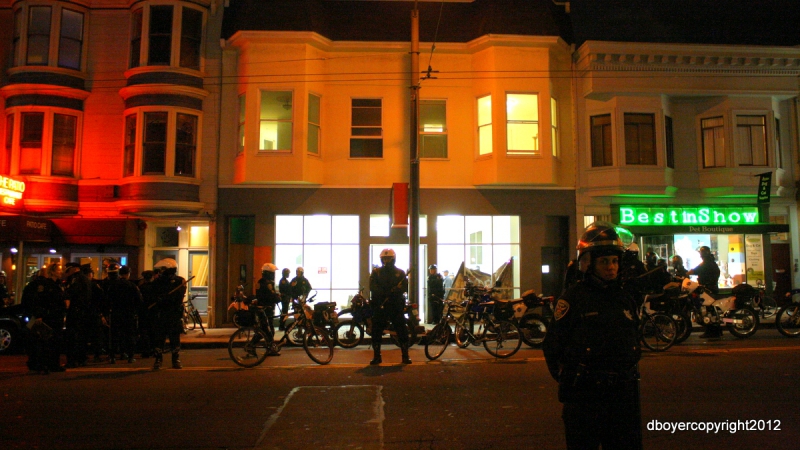 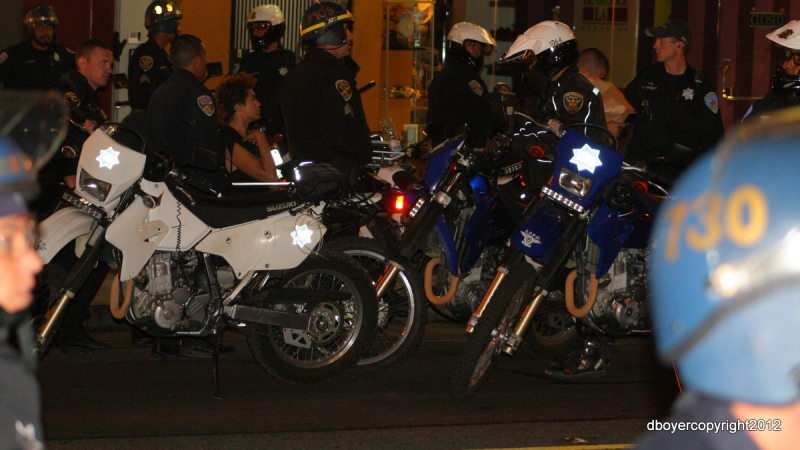 original image (1200x675)
Protester being taken away on a stretcher
Add Your Comments
LATEST COMMENTS ABOUT THIS ARTICLE
Listed below are the latest comments about this post.
These comments are submitted anonymously by website visitors.