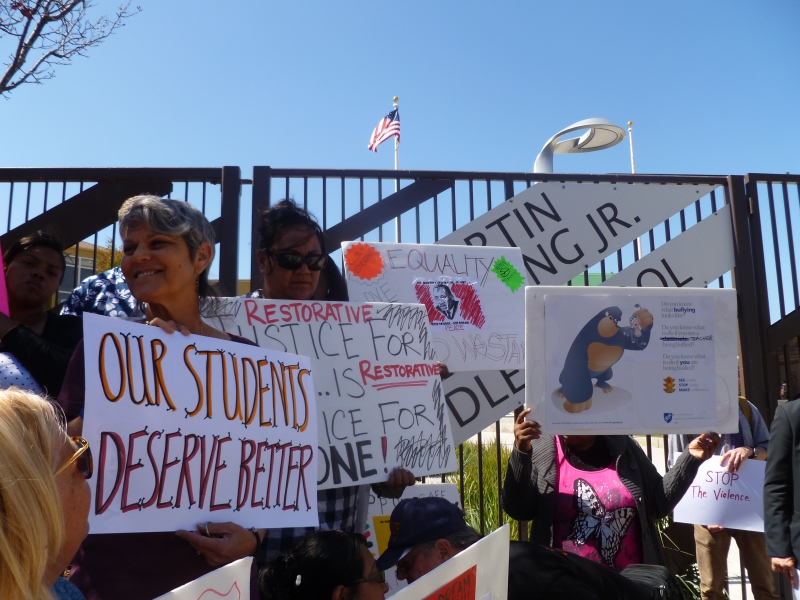 Import event into your personal calendar
Date:
Tuesday, October 09, 2012
Time:
5:30 PM - 8:30 PM
Event Type:
Panel Discussion
Organizer/Author:
United Public Workers For Action
Location Details:
Latino Room A
Main SF Library Lower Level
100 Larkin St./Market St.
San Francisco, California
There is an epidemic of bullying against teachers and public workers. This forum will look at who is doing this, who is covering it up and what to do about it.

10/9 SF UPWA Meeting "Bullying In San Francisco Schools And In The City And County. Who Is Doing It And How To Stop It"

Bullying In San Francisco Schools And In The City And County.
Who Is Doing It And How To Stop It!

The bullying against the teachers in Chicago by Mayor Rahm Emanuel
is not an isolated incident. Public teachers and public workers in San
Francisco face an epidemic of bullying including the criminal bullying of
students at the Martin Luther King Middle School in San Francisco.
http://youtu.be/5zVuIU2dMmY

This forum will hear from those who have faced the brunt of these
attacks and what labor, working people and parents should do
about it.

The meeting will also look at why SF does not enforce it's anti-bullying
resolution http://www.bullyfreeworkplace.org/id18.html
and is using the "wellness" program to attack public workers
rather than defending the health and safety of all public workers
and the children and public services

UPWA defends public workers and public education and seeks to
unite all 1.5 million California public workers for action to stop privatization
and union busting.
For more information http://www.upwa.info
END_OF_DOCUMENT_TOKEN_TO_BE_REPLACED
Added to the calendar on Mon, Oct 8, 2012 9:31PM
§Justice Is Denied For Student, Teachers and Staff At MLK
by United Public Workers For Action 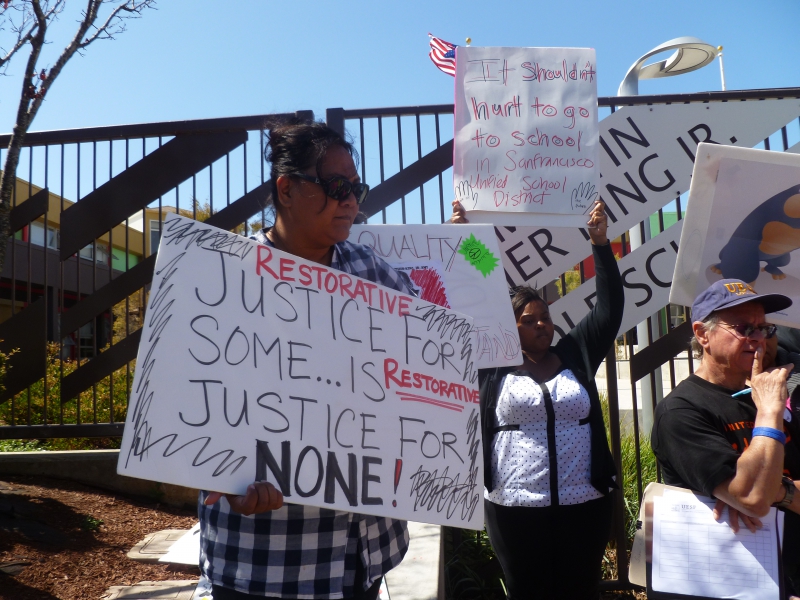 original image (4320x3240)
There is massive bullying at the MLK against students, teachers and staff but on accountability
END_OF_DOCUMENT_TOKEN_TO_BE_REPLACED
§Linda Cooks, A Teacher At MLK
by United Public Workers For Action 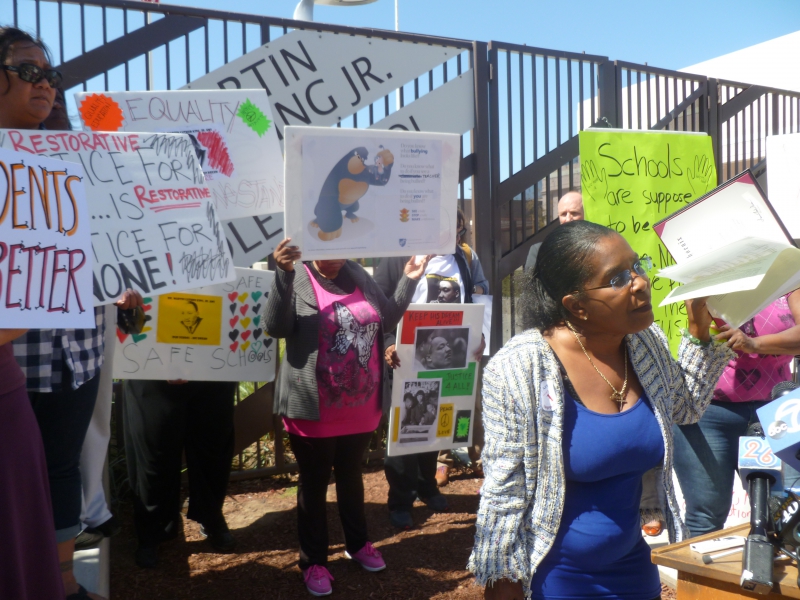 original image (4320x3240)
Linda Cooks opposed the bullying against students and she herself was bullied out of the school.
END_OF_DOCUMENT_TOKEN_TO_BE_REPLACED
§Our Students Deserve Better
by United Public Workers For Action 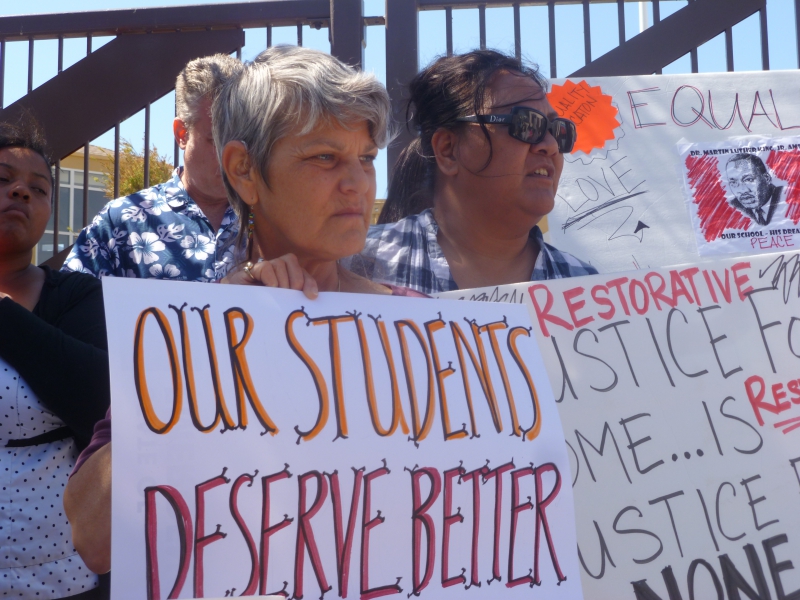 original image (4320x3240)
Community people protested the bullying and attacks on the students and staff at MLK
END_OF_DOCUMENT_TOKEN_TO_BE_REPLACED
Add Your Comments
Support Independent Media
We are 100% volunteer and depend on your participation to sustain our efforts!