Add an Event
Newswire
Calendar
Features
Home
Donate
From the Open-Publishing Calendar
From the Open-Publishing Newswire
Indybay Feature
Related Categories: East Bay | Government & Elections | Police State & Prisons | Racial Justice
Blueford Supporters Get the Goods with City Council Disruptions; OPD Releases Police Reports: photos & PDFs
by Dave Id
Thursday Oct 4th, 2012 2:46 PM
After having vociferously demanded justice for the murder of Alan Blueford since he was killed on May 6th, including effectively shutting down the Oakland city council meeting on September 18th, the Oakland Police department has relented to one of the family's primary demands by releasing related police reports, albeit redacted (see PDFs below). This does not happen in Oakland. Police do not release internal reports to the families of those killed by police just because they ask. Ever. Only through civil suits do such documents see the light of day, authorities usually denying access to the reports under the rubric of protecting the integrity of ongoing investigations, investigations that drag on seemingly indefinitely -- and in the case of Alameda District Attorney's office, investigations that are virtually never completed in the case of officer-involved shootings. 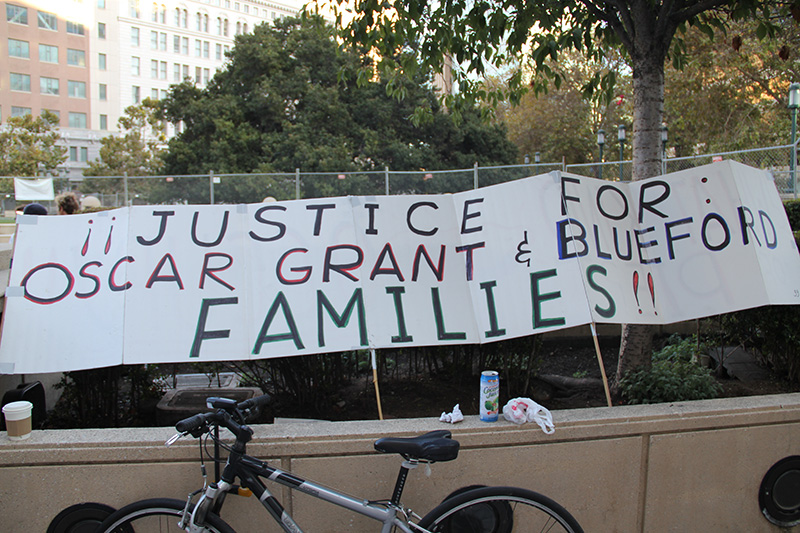 [Pictured above: Sign outside city hall reads, "Justice for Oscar Grant & Blueford families!!" Grassy area of plaza in background is fenced off.]


On September 18th, the family of Alan Blueford and supporters disrupted the Oakland city council meeting, demanding answers and accountability for the murder of Alan Blueford by officer Miguel Masso on May 6th. The meeting was shut down by council members before its scheduled conclusion when members just walked out of the chamber. City leaders followed up the next day by announcing that new policies would be devised to regulate public attendance of city council meetings.

Knowing that those demanding justice for Alan Blueford intended to return to city hall on October 2nd to continue to press demands, the city brought out dozens of Oakland police, closed to the public the viewing galleries above council chambers, and restricted who was allowed to attend the meeting in the main hall, leaving many seats empty.

Nevertheless, enough demonstrators, including Alan Blueford's family, made it into the main chamber before OPD locked down the room at the start of the meeting that normal council business was not allowed to proceed. Eventually, an exasperated councilmember Larry Reid handed over his personal copy of the police reports to the Blueford family, reports that Oakland police chief Howard Jordan posted online for public consumption at about the same time. The Blueford family thanked supporters for demonstrating for justice for their son. Family and supporters then left city hall for the night to review the the non-redacted information in the reports.

Witness statements in the police reports released reveal that Alan was on his back at the time he was shot by Masso, trying to get up, did not have a gun in his hand, and said, "I didn’t do anything." A press conference will be held by the Blueford family on Friday at 4pm at Oakland City Hall to demand Masso be fired and prosecuted for murdering their son. 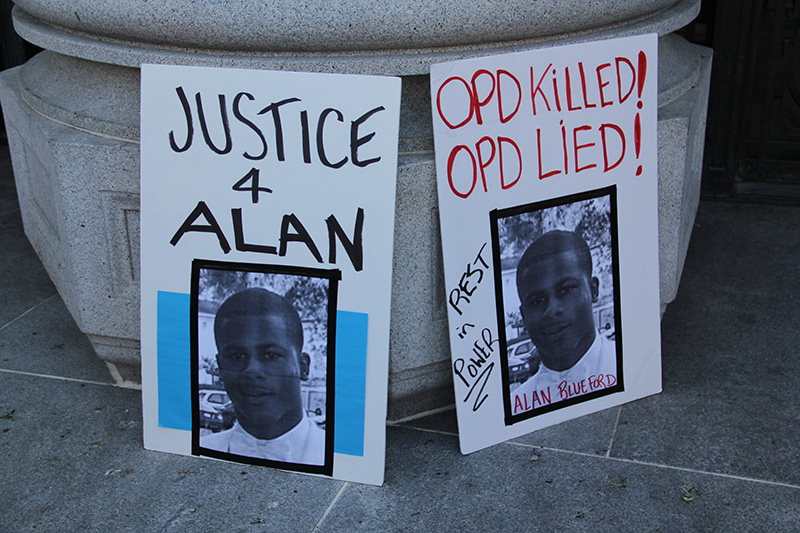 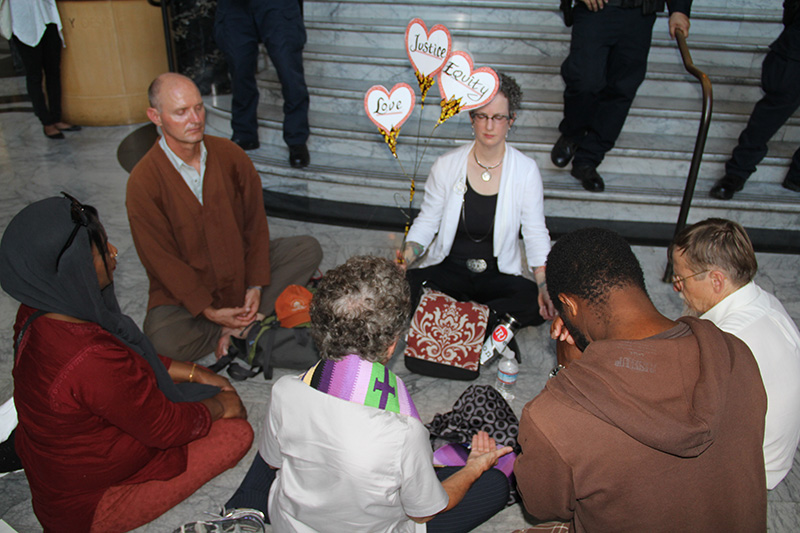 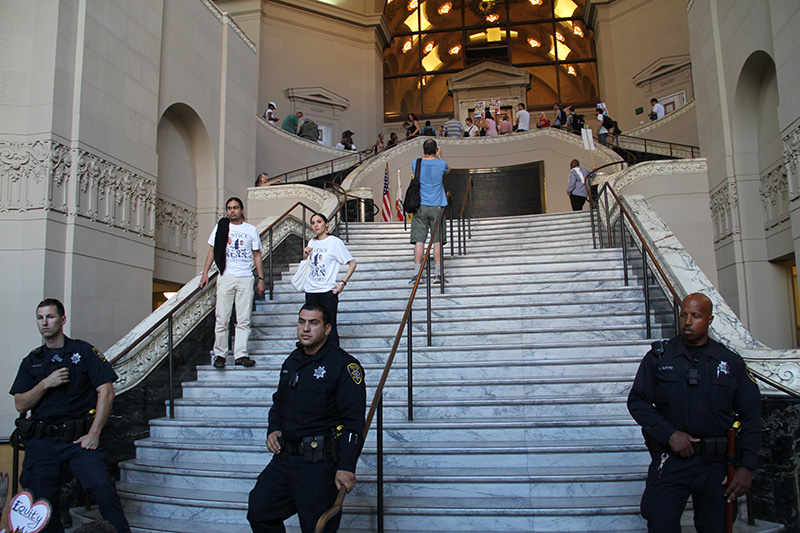 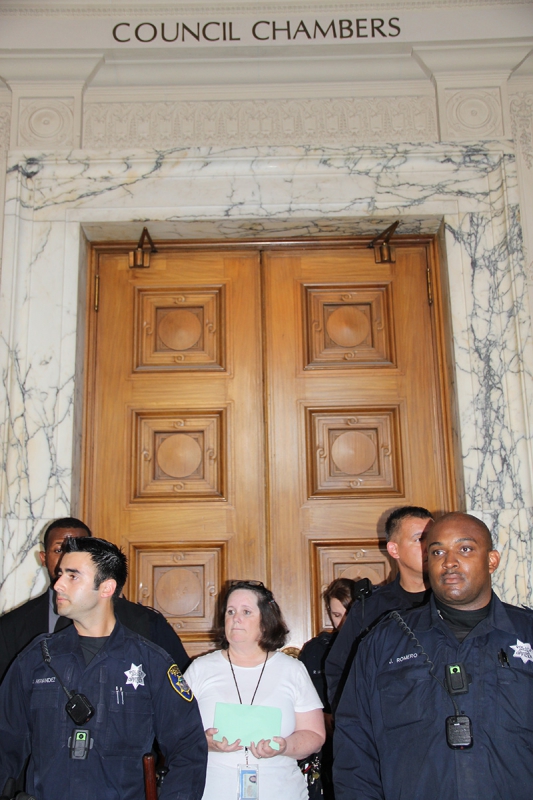 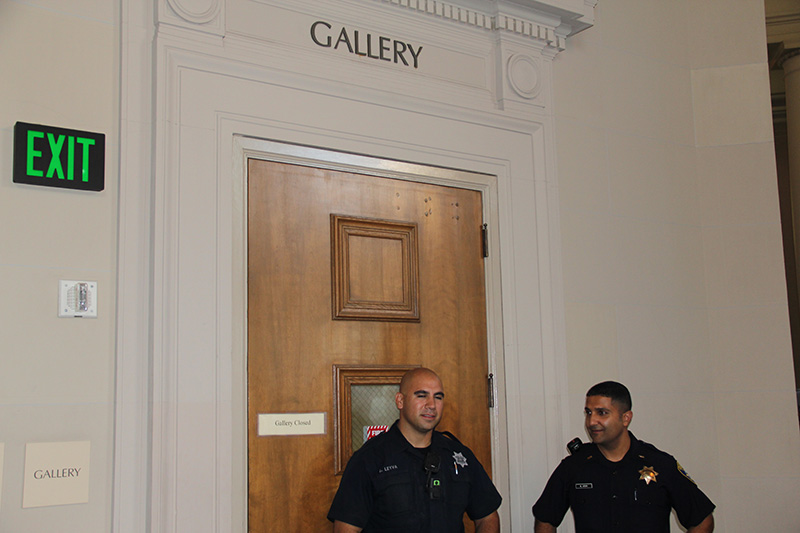 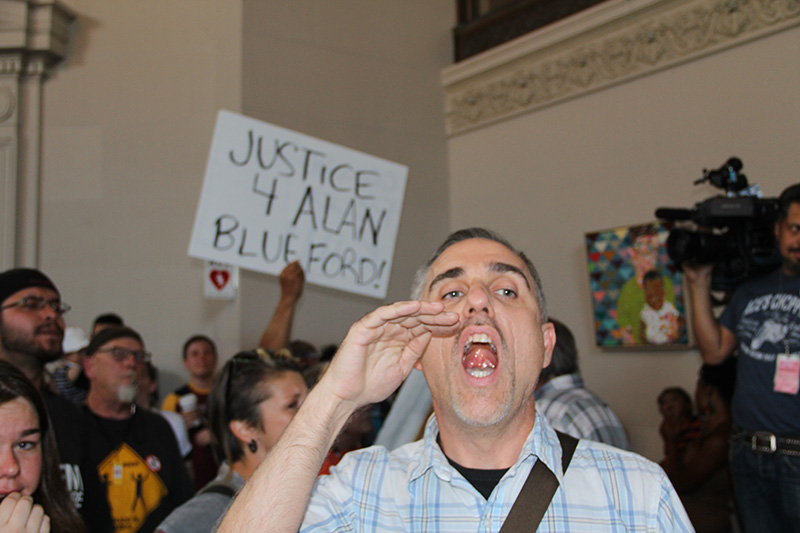 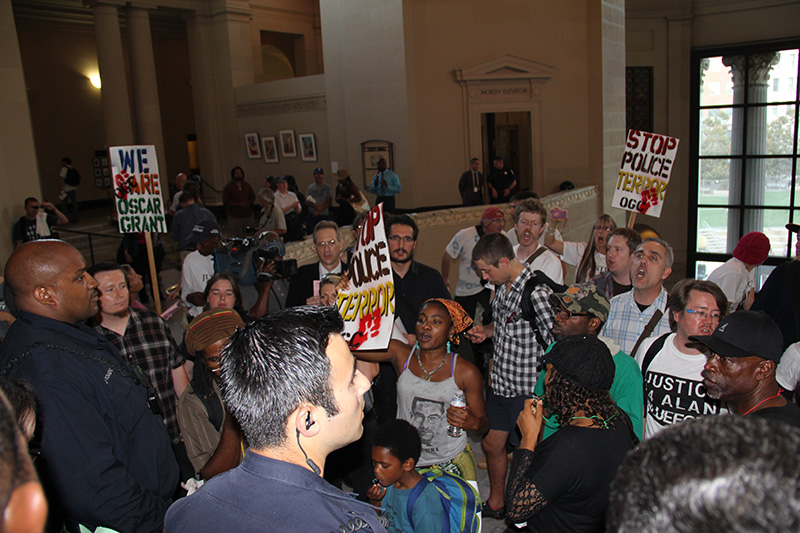 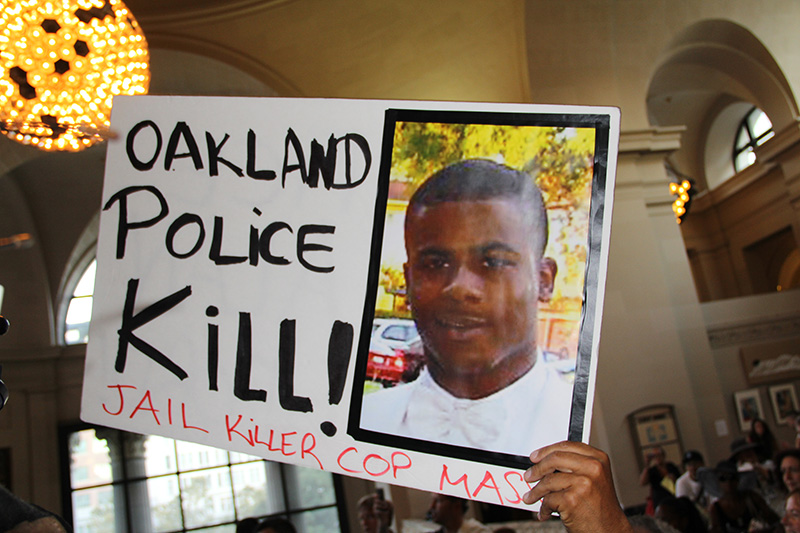 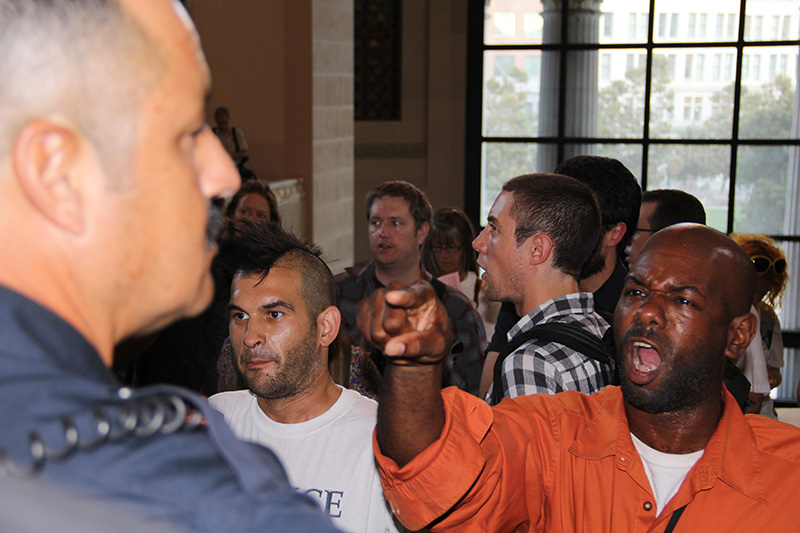 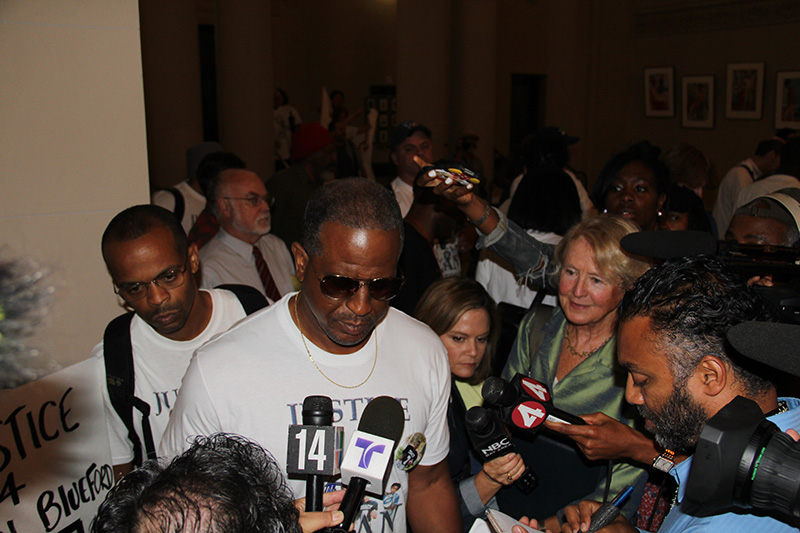 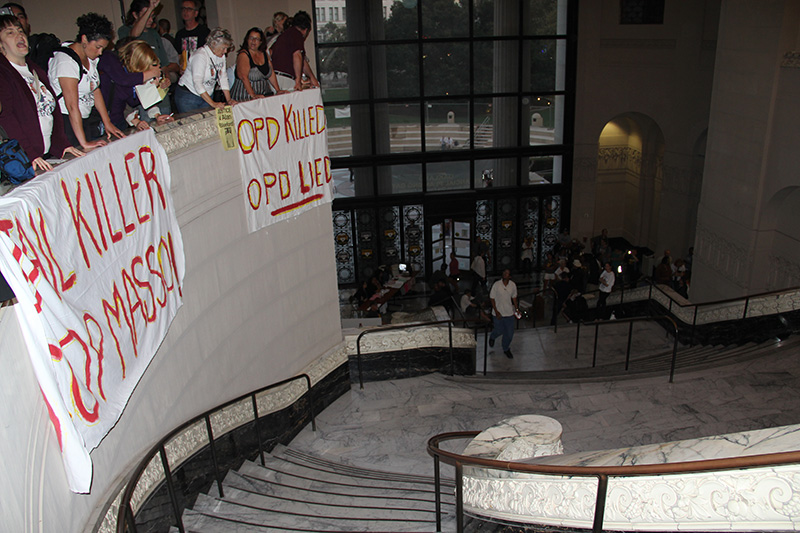 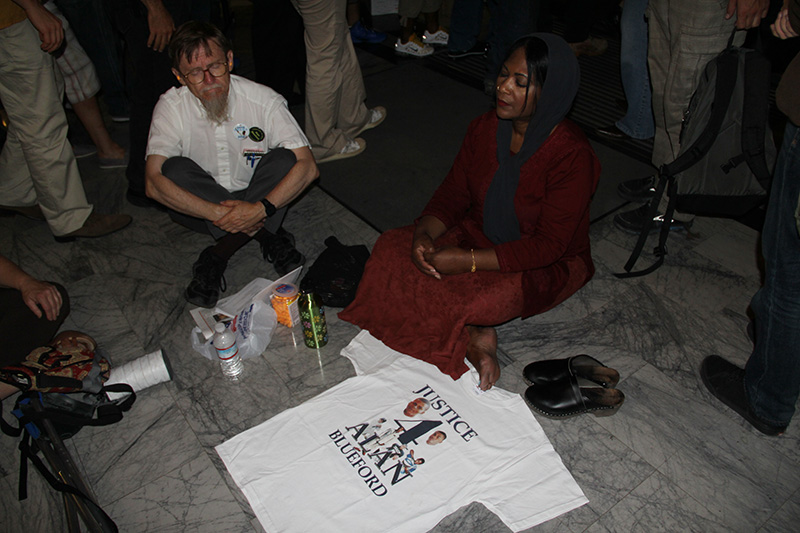 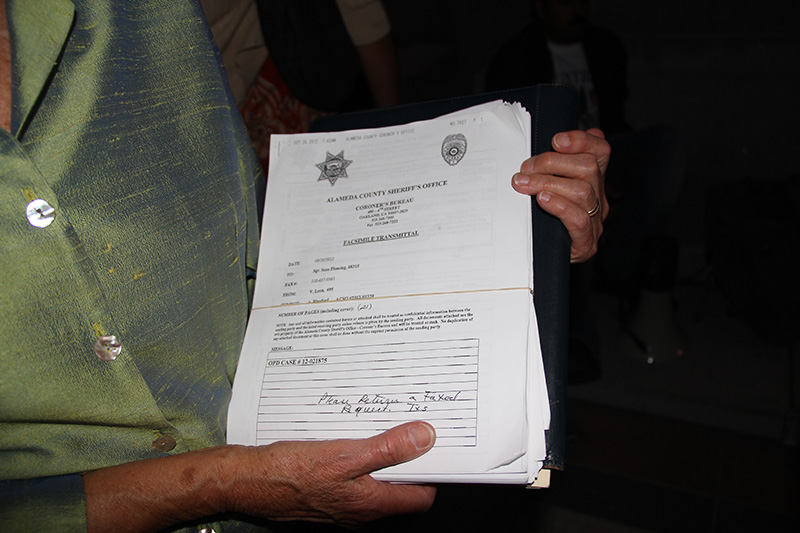 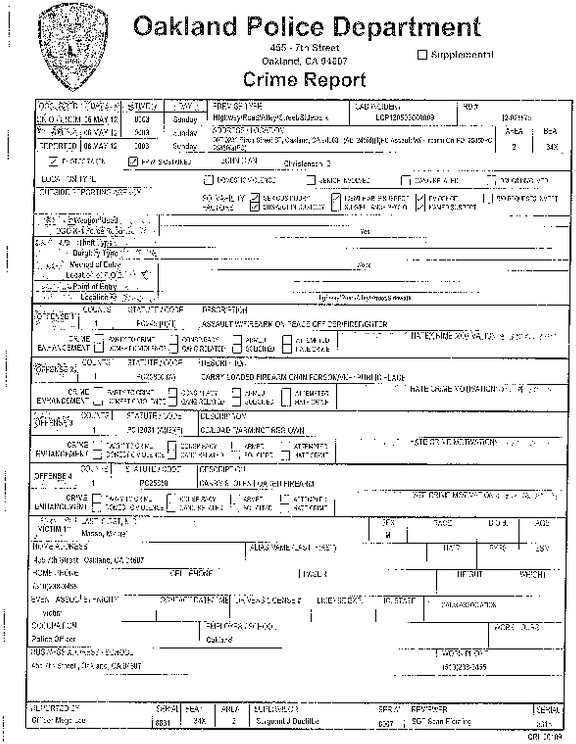 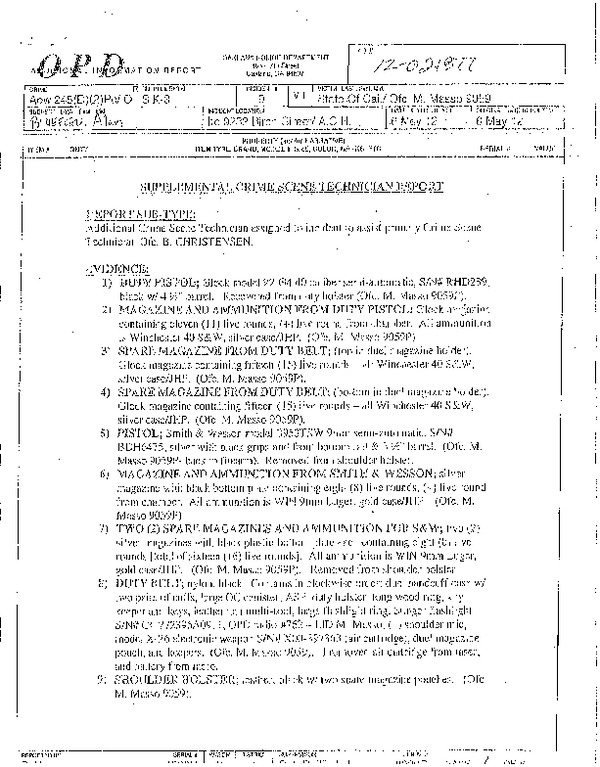 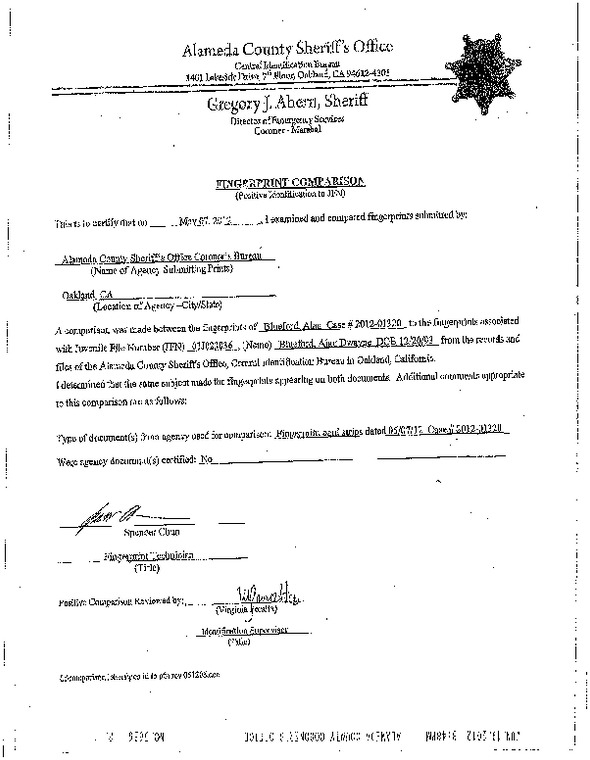 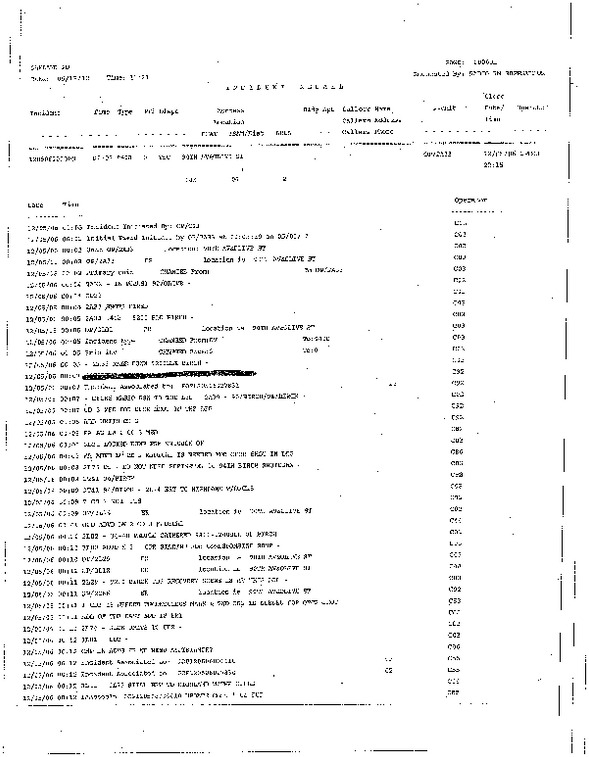 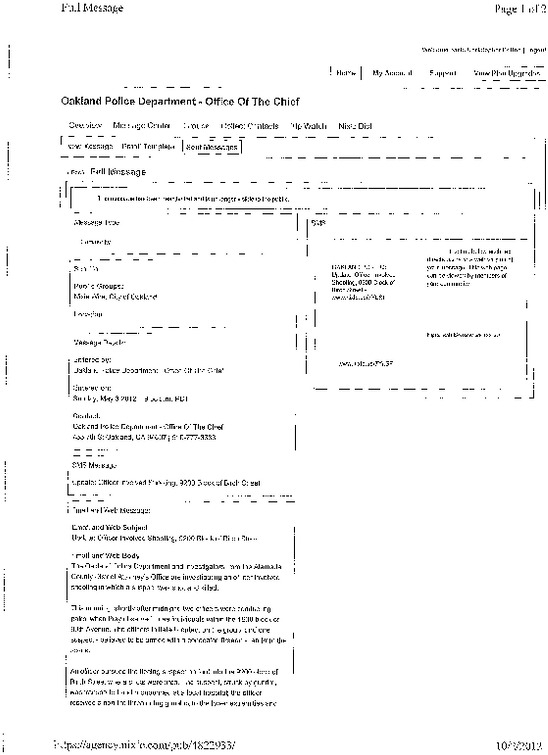 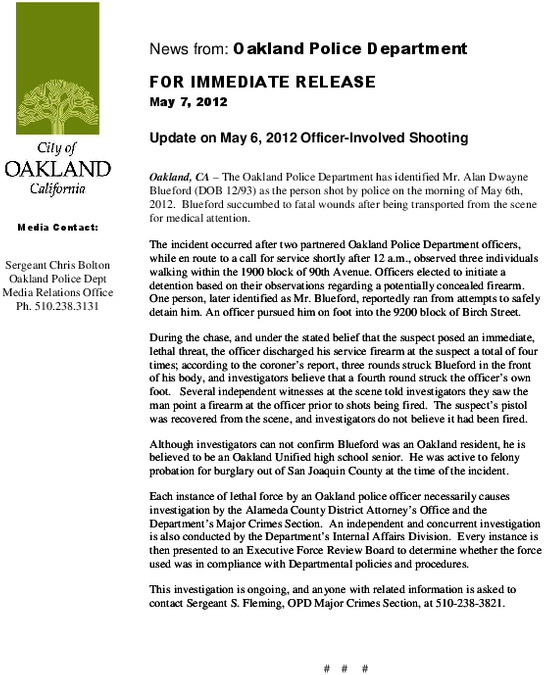 Download PDF (203.3KB)
(1-page PDF)
http://www.indybay.org/newsitems/2012/09/2...
Add Your Comments
LATEST COMMENTS ABOUT THIS ARTICLE
Listed below are the latest comments about this post.
These comments are submitted anonymously by website visitors.