Add an Event
Newswire
Calendar
Features
Home
Donate
From the Open-Publishing Calendar
From the Open-Publishing Newswire
Indybay Feature
Publish to Newswire
Add an Event
Related Categories: San Francisco | Global Justice & Anti-Capitalism
Get ready for Anti-Colonial Anti-Capitalist actions: this weekend
by Decolonize the New World
Thursday Oct 4th, 2012 1:59 PM
Bring your friends and comrades out to Anti-Colonial, Anti-Capitalist actions happening in the Bay Area over the next few days as part of Decolonize the New World 2012! This weekend marks the 520 year anniversary of genocidal and ecocidal project of Empire building and colonial expansion that began with the conquistador invasion of this continent and continues to this day through the daily violence and exploitation of global capitalism. It also marks the 11 year anniversary of the US invasion and occupation of Afghanistan. Take action this weekend in the following demonstrations: 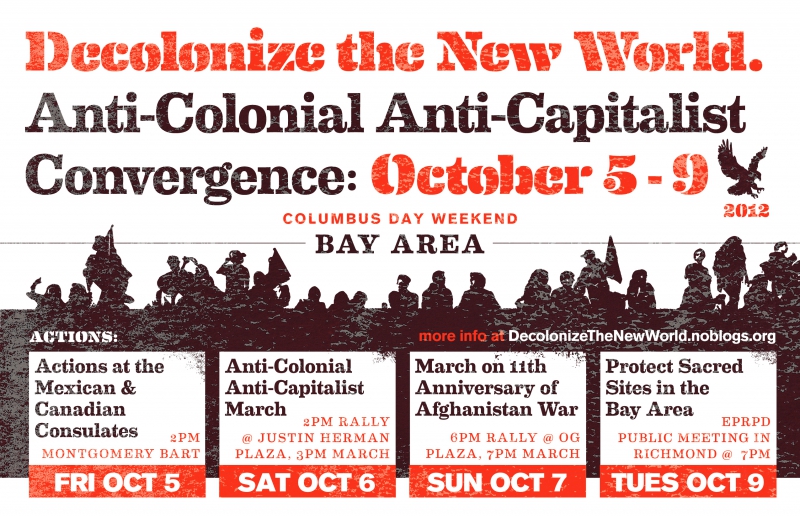 • Friday Oct 5: Actions at Mexican & Canadian Consulates in solidarity with indigenous resistance to resource extraction
meet at Montgomery BART in SF at 2pm

• Saturday Oct 6: Anti-Colonial Anti-Capitlaist March. Unleash our resistance in the heart of capitalism on the West Coast!
rally at Justin Herman Plaza in SF at 2pm, march at 3pm sharp

• Sunday Oct 7: Anti-Imperialist Anti-Colonial Anti-Capitalist March on the 11th Anniversary of the War and Occupation of Afghanistan
rally at Oscar Grant Plaza in Oakland at 6pm, march at 7pm 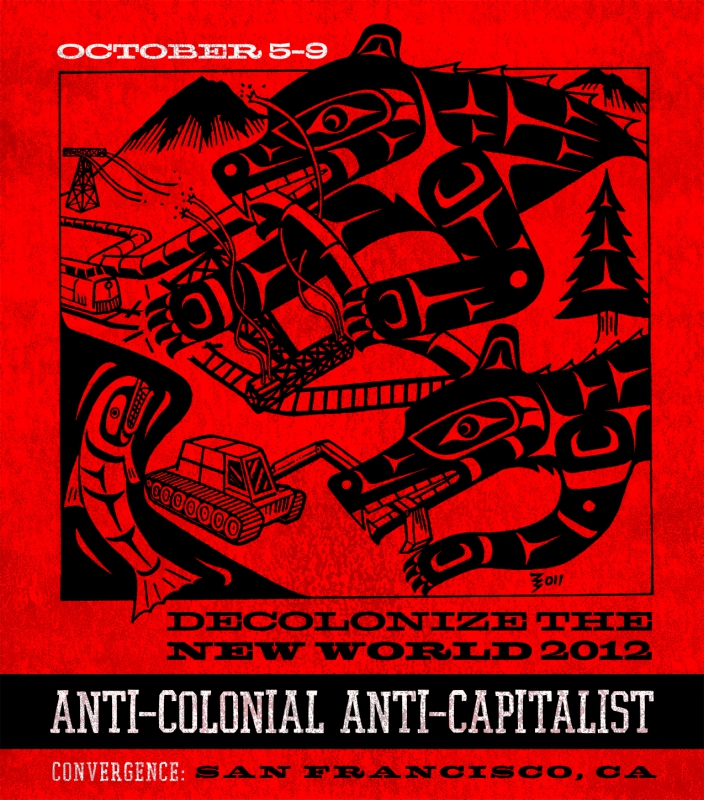 original image (1275x1447)
artwork by Gord Hill
http://decolonizethenewworld.noblogs.org/
Add Your Comments
LATEST COMMENTS ABOUT THIS ARTICLE
Listed below are the latest comments about this post.
These comments are submitted anonymously by website visitors.