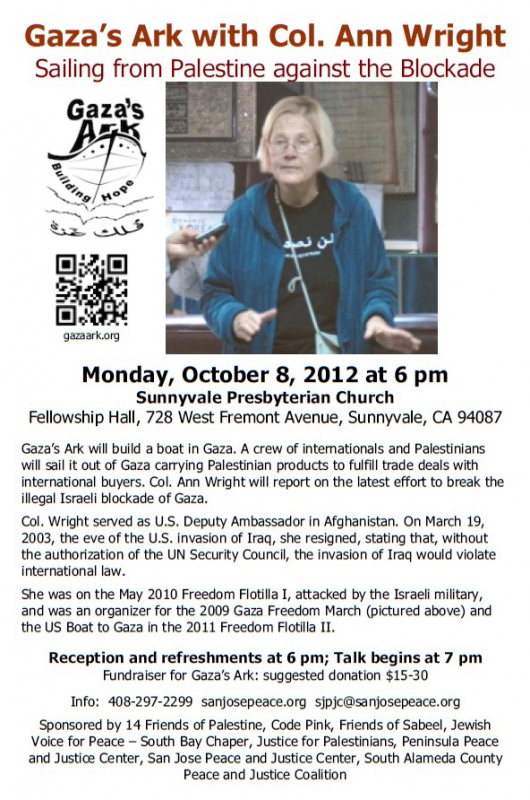 Sailing from Palestine against the Blockade

Gaza’s Ark will build a boat in Gaza. A crew of internationals and Palestinians will sail it out of Gaza carrying Palestinian products to fulfill trade deals with international buyers. Col. Ann Wright will report on the latest effort to break the illegal Israeli blockade of Gaza.

Col. Wright served as U.S. Deputy Ambassador in Afghanistan. On March 19, 2003, the eve of the U.S. invasion of Iraq, she resigned, stating that, without the authorization of the UN Security Council, the invasion of Iraq would violate international law.

Added to the calendar on Mon, Sep 24, 2012 1:17AM
Add Your Comments
Support Independent Media
We are 100% volunteer and depend on your participation to sustain our efforts!