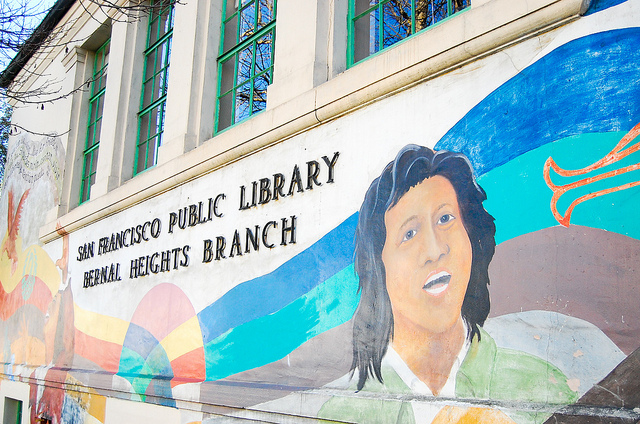 Join a community/labor concert and rally to defend the Victor Jara mural at the Bernal Heights Library. Using a manipulated non-transparent process excluding most of the community the Friends of the Library and corporateers want to spend $110,000 to destroy this historic mural and replace it with a sanitized design censoring the real history of Bernal Heights.

The San Francisco Library Commission intends to destroy a beloved community mural which graces the sides of the
Bernal Heights Branch Library, 500 Cortland Avenue.
The mural, the work of the famous late artist Arch Williams, has a picture of the late Chilean civil rights activ-
ist and folksinger Victor Jara among other depictions. The words of folksinger and activist Holly Near grace the
sides of the building, (Near and the last artist’s sister oppose the removal.
Come and celebrate this wonderful (currently wrapped) mural and sing out for its restoration at a celebra-
tory rally where you be entertained by musical serenades and be informed by lively speakers!

http://libraryusers.wordpress.com/
§"Friends Of The Library" Benefiting From Destruction of Mural
by United Public Workers For Action Sunday Sep 23rd, 2012 3:58 PM 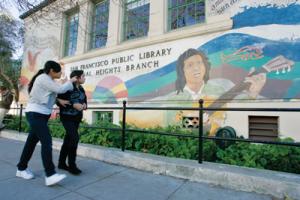 The so called "Friends of the Library" are benefiting financially from the destruction of the historic Victor Jara mural at the San Francisco Bernal Heights Library. The "Friends" are getting a fiscal fee of over $10,000 to destroy the mural.
http://libraryusers.wordpress.com/
§Don't Destroy The Mural!
by Library Users Association Sunday Sep 23rd, 2012 4:11 PM 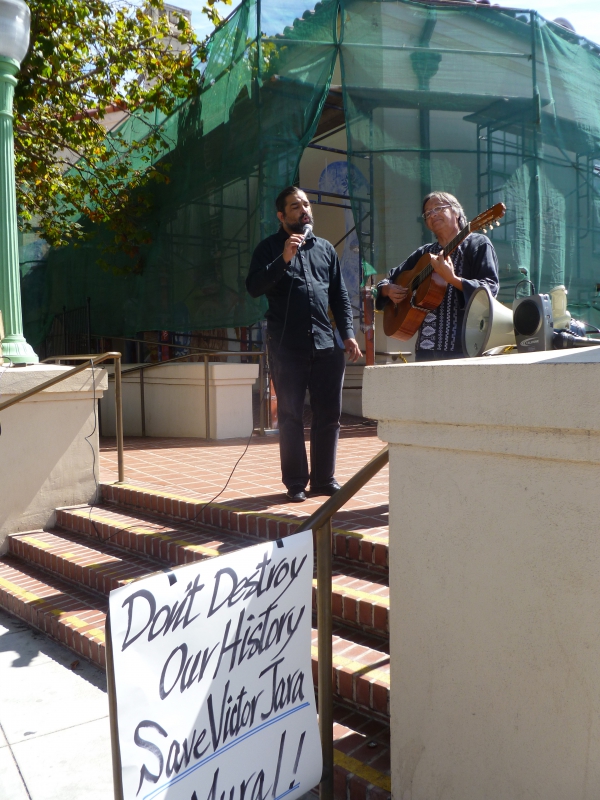 original image (3240x4320)
Musicians Francisco Hererra and Rafael Manriquez who is from Chile performed Victor Jara songs and spoke about the need to defend the mural from being destroyed.
http://libraryusers.wordpress.com/
§another flyer
by historical art Friday Sep 28th, 2012 4:12 PM 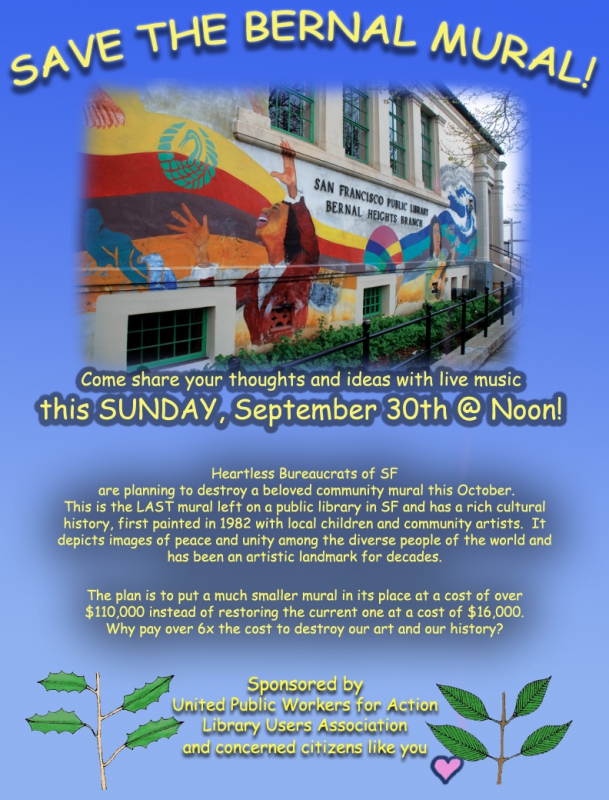 original image (792x1040)
Heres another flyer to circulate
Add Your Comments
Support Independent Media
We are 100% volunteer and depend on your participation to sustain our efforts!